Aqualuna and Aquabella are two important new projects by the Danish studio 3XN Architects, two big residential buildings completing the master plan for the Toronto waterfront development known as Bayside Toronto. The renderings accompanying and presenting the two projects precisely illustrate the architectural solutions and the materials chosen by the architects, as well as the panoramic views residents will enjoy from the apartments’ terraces. 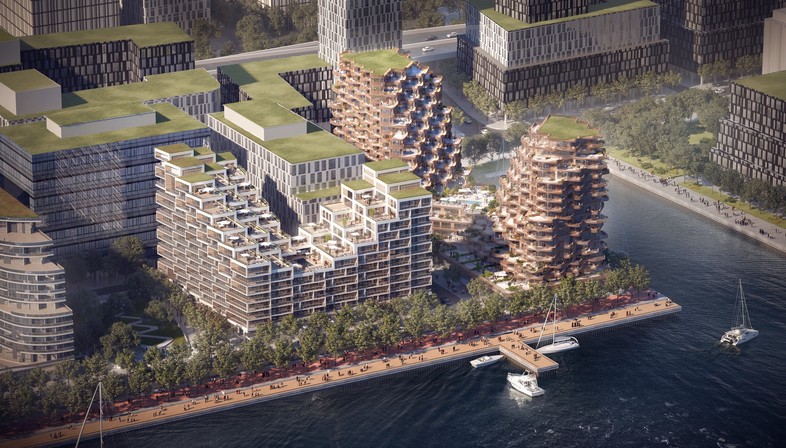 Danish studio 3XN Architects recently presented plans for the Aqualuna residential complex that is to complete the transformation of Toronto’s waterfront area, known as Bayside Toronto, and announced the start of work on Aquabella, another residential development, due to be completed in 2020. 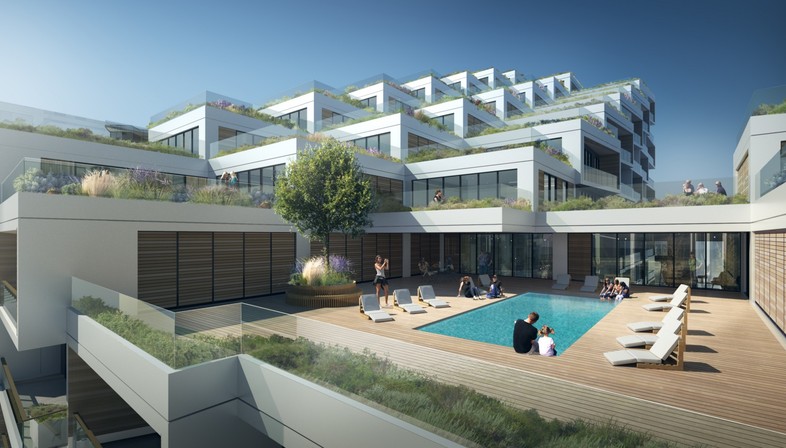 The Aquabella complex will enjoy one of the most prominent, spectacular locations in Toronto’s new waterfront district, which is why the architects have designed the building in an unusual shape with stepped terraces on the upper levels to make sure every apartment has an outdoor space and a panoramic view over Lake Ontario. The terraces give the complex a certain dynamism, and the big glassed-in spaces ensure brightly lit, visually spacious interiors.
The building’s form with its unusual zig-zag or coil shape reflects the wavy line of the waterfront. The residential complex will also offer residents shared facilities such as a gym, a swimming pool, an event space, and so on, which the architects have located on the second level, with a panoramic view over the harbour giving the spaces added prestige.
The decision to stagger the apartments and their terraces allowed every single unit to have a view of Lake Ontario, with a big terrace facing southwards, towards the water, a very important and much-appreciated feature allowing the apartments to offer all the living comfort of a private independent house. 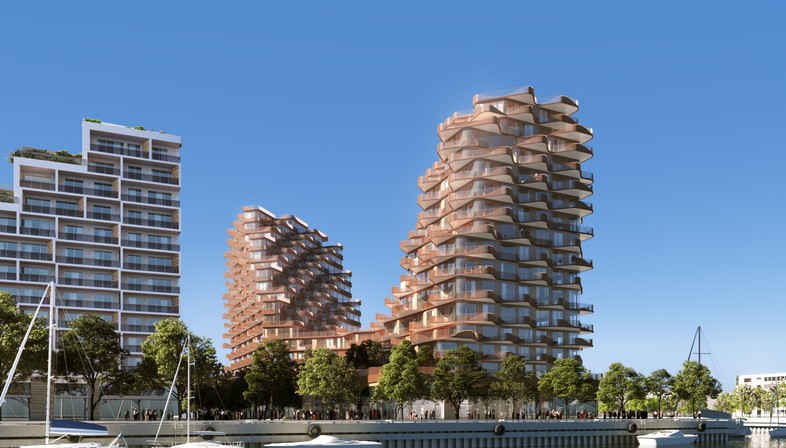 When work began on the Aquabella complex, plans for a mixed-use residential and commercial building called Aqualuna were also unveiled. The building is due to be completed by 2022 on Merchant Wharf, contributing to the reclamation of Toronto’s formerly industrial waterfront. Architect Kim Herforth Nielsen, founder and creative director of 3XN, underlined that the goal of the project is to help the city re-appropriate its waterfront, which was at one time industrial, and integrate it into today’s urban spaces. In the new buildings, the architect sees a new sculptural vertical district developed along the lakeside. The projects are designed to give priority to people and their well-being, preferring spaces permitting a comfortable lifestyle with vast panoramic views over the lake, the nearby parks and the city skyline. 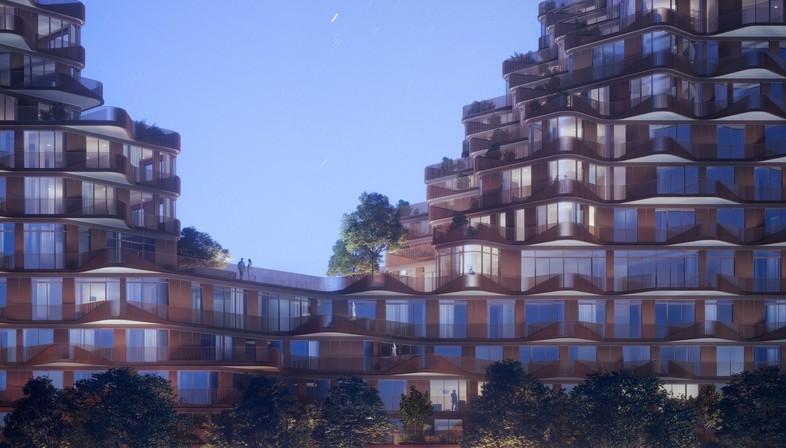 High-definition renderings by 3XN Architects make it clear to even an untrained eye how the architects drew their inspiration for the Aqualuna façade from the colours of the water and the curves of the Lake Ontario shoreline. The building’s overall form makes it look like two hills divided by a valley. A slight shift in the two “peaks” at the sides allowed the architects of 3XN to distribute the living units in such a way that each apartment has a panoramic view of the lake. The central part in the “valley” contains shared facilities such as the pool, bit garden terraces and common areas. The building will stand on a podium two floors high facing the waterfront, in which the architects propose inclusion of a number of public functions, further reinforcing the development’s relationship with the city and its lake. 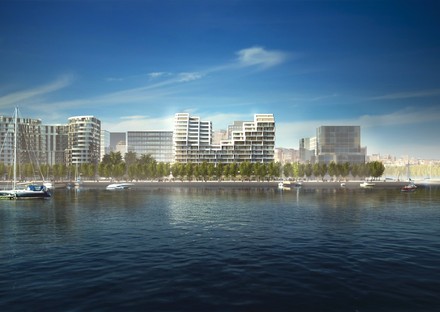 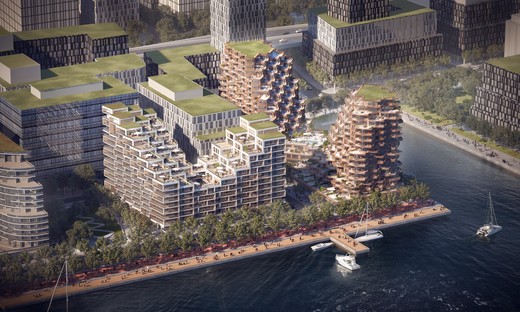 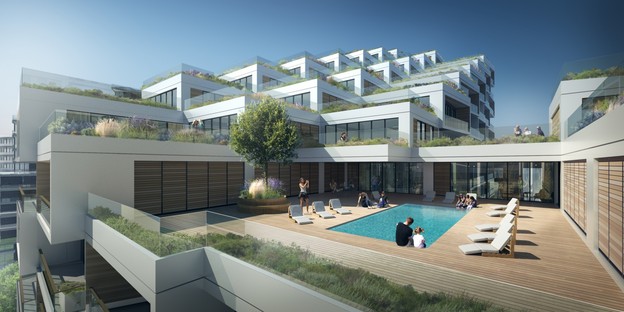 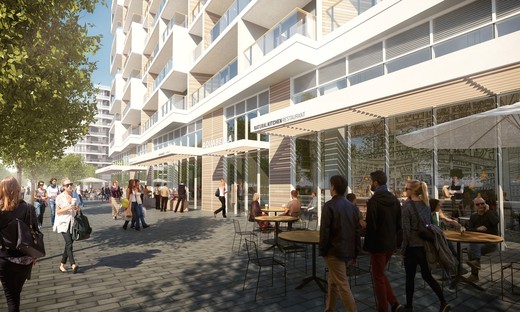 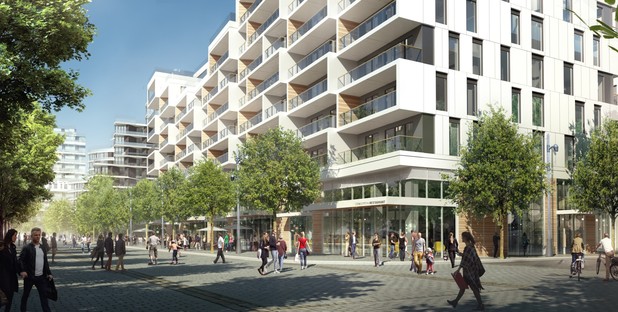 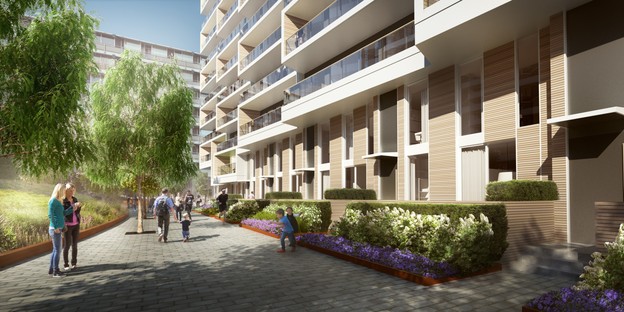 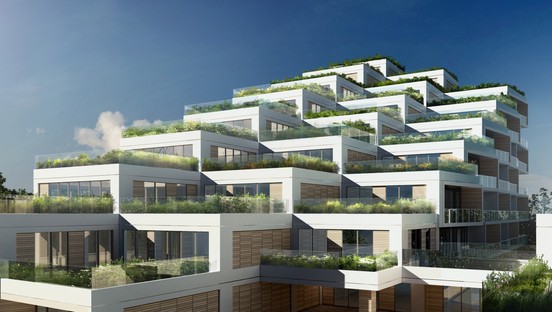 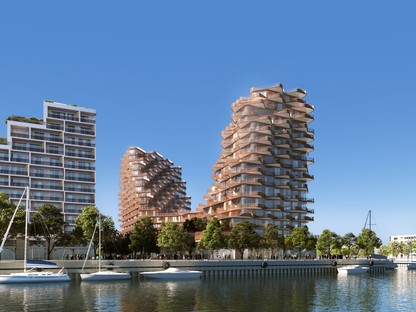 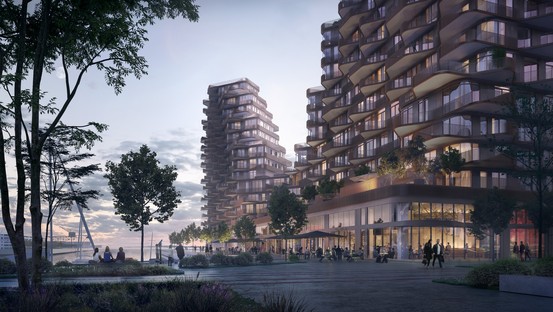 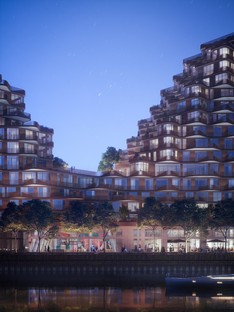 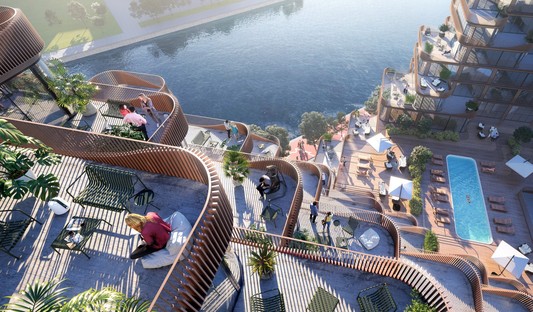 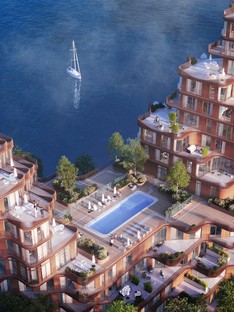 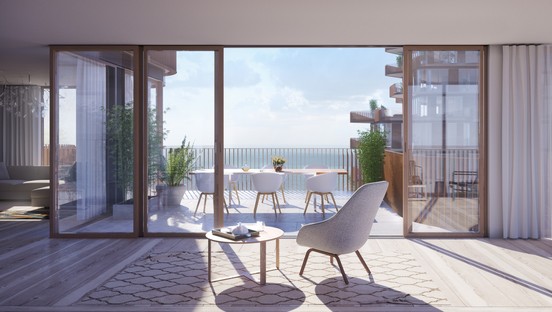 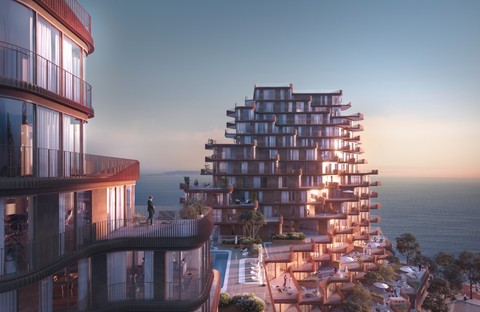 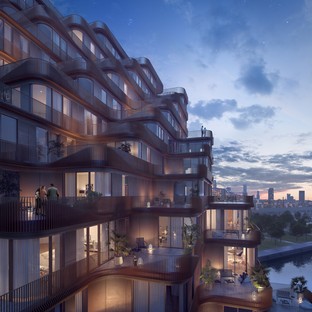 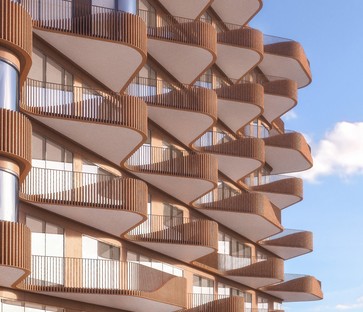 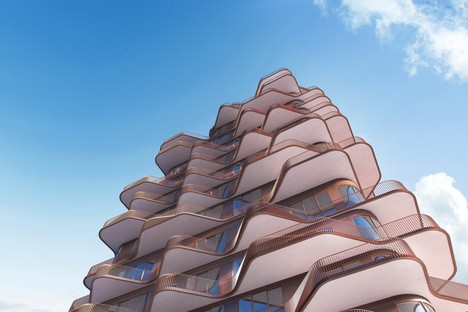 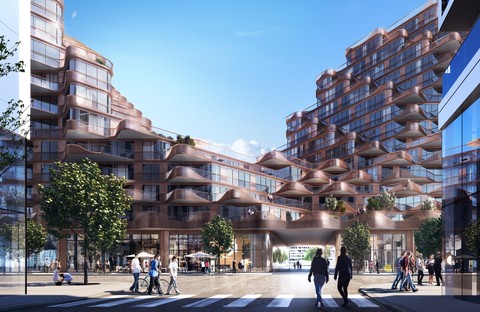