Zaha Hadid Architects’ new Science & Technology Museum is under construction in the new Guangming Science City in Shenzhen, China. When completed, the museum will be connected with universities and centres of research and innovation all over the country, strengthening Shenzhen’s position as a leading centre of innovation and technology. 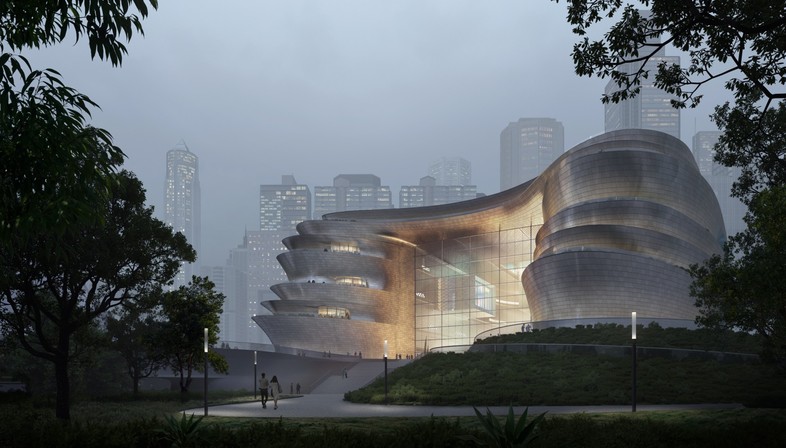 Zaha Hadid Architects, the studio featured in the 15th episode in The Architects Series, the event format presented by The Plan magazine for the Iris Ceramica Group, recently presented two projects in the city of Shenzhen. The studio founded in 1979 by Anglo-Iraqi architect Zaha Hadid, now led by architect Patrik Schumacher, came up with the future masterplan for the Huanggang harbour area and the Science & Technology Museum due to be completed by 2023: two important projects reinforcing Shenzhen’s role as a leading centre of innovation and technology in the area.
Huanggang harbour will become a central node of what is referred to as the Guangzhou–Shenzhen Science Technology Innovation Corridor: an economic belt joining Guangzhou, Shenzhen and Dongguan and transforming this 180 km long region into the biggest engine driving innovation in China. The Shenzhen Science & Technology Museum currently under construction in Guangming Science City, a sub-district of the Chinese metropolis, has a major role to play in the project.
The museum will be linked with universities and centres of research and innovation all over the country to become an essential destination for learning and exploring scientific and technological discoveries and their impact on our lives and future. The building is also designed to be a landmark of sustainability and limitation of energy consumption, with cladding painstakingly designed to guarantee high performance thanks to its thermal insulation, lighting and ventilation systems which make it an ideal candidate for the highest level of China’s Green Building Evaluation Standard.
The volume and U-shaped floor plan of the new museum are determined by the conditions of the site, and the intention of the design is to translate circulation routes both inside and around the structure into dynamic curved geometric shapes. The building’s total surface area when completed will be about 125,000 square metres; its U-shaped floor plan will permit connection of the museum’s central foyer with Guangming Park to the west and make it easy for visitors to find their way around the building.
On the eastern side, facing the city, the museum volume will appear to be a solid, heavy object, while on the northern and southern sides its flowing curved lines hollow out pathways and openings in its walls. On the western side, the museum will open up to the natural landscape of the public park with a series of terraces on different levels, like layers framing the glass wall running the full height of the building’s central foyer. 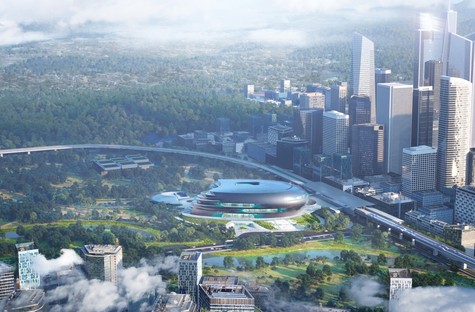 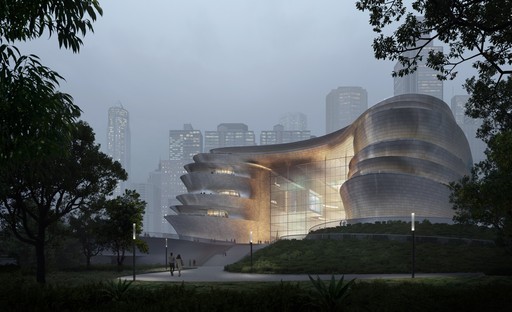 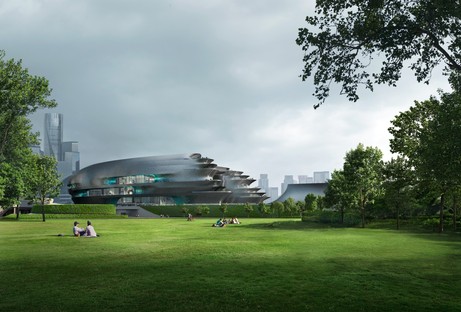 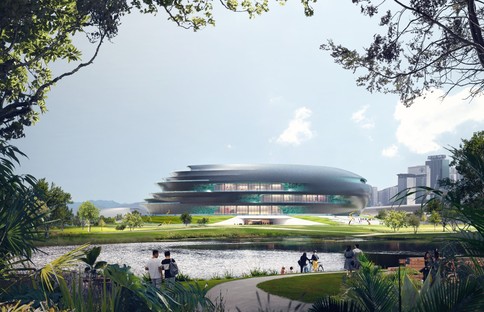 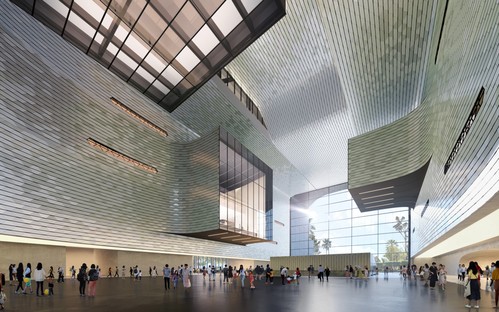 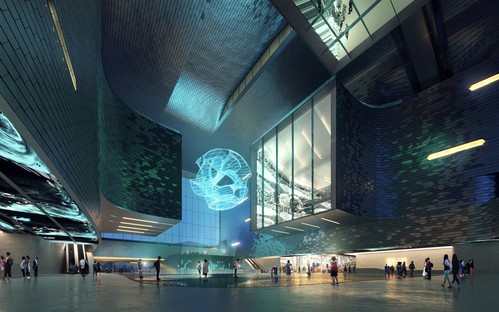 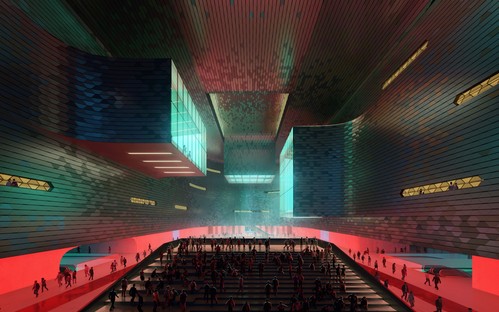 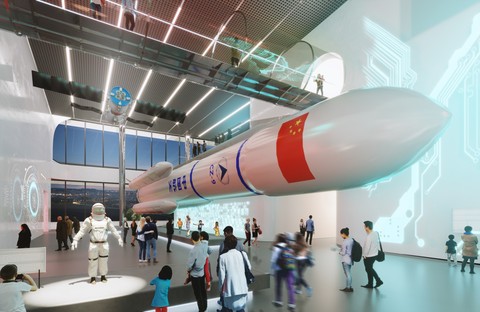