Teatralna, Tsentalna and Muzeina are three new metro stations in Dnipro designed by Zaha Hadid Architects which will connect the eastern districts with the centre of the Ukrainian city and with Dnipro-Holovnyi railway station, the city’s main railway terminus. Construction has just begun and is due to be completed by 2025. 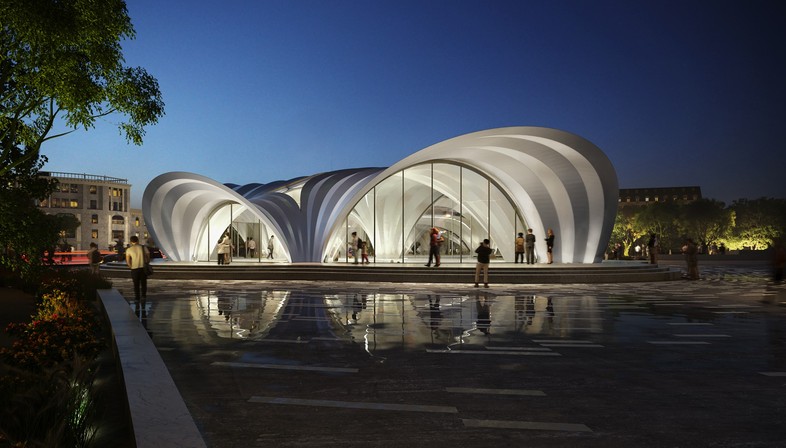 Work has just begun on three new metro stations in Dnipro, Ukraine: Teatralna, Tsentalna and Muzeina, designed by Zaha Hadid Architects.
The project is part of a plan to expand the existing metro line, inaugurated in December 1995 and initially composed of only six stations.
The three new metro stations will help cut traffic snarls in the city and improve the eastern districts’ connections with the city centre and Dnipro-Holovnyi Railway Station, the city’s main railway terminus. The project facilitates access to the city’s academic and cultural institutions, as Teatralna station will, for example, be located close to the Opera and Ballet Theatre, as well as to parks, beaches and recreational facilities on the river banks in the eastern part of the city.
Dnipro is an important river port and the third largest city in Ukraine. The city also has a prominent past as a centre of excellence in engineering, metalwork, and production and design in the mechanical and aerospace industries. Dnipropetrovs'k, the name by which the city was known in the Soviet era and until 2016, was in fact an important centre for the development of the Soviet Union’s space programme.
In the design of the new stations, the architects of ZHA drew their inspiration from Dnipro’s history of excellence in engineering and metalwork, using steel as their principal material. The pavilions at the stations’ entrances stand out in their urban setting as protective shells emerging from under the ground in the squares in which they are located, sculptural shapes, thin structural shells made out of recycled steel welded in local foundries. The resulting pavilions become silent witnesses to the skilled construction and experience working with steel of the city’s skilled workers and enterprises.

The excavations and construction of the four new kilometres of metro line began in 2016, and the new stations are the final phase of the project, due to be completed in 2025. The stations are, of course, underground, with only the entrance pavilions visible above the surface. These new structures are located in new public plazas, becoming easily recognisable urban landmarks identifying points of access to the city’s metro system.
The three projects are different, but share the same formal and spatial logic permitting viewers to recognise them instantly as parts of the same metro line. The design of the ticket halls is unique to each of the stations, for example, while the concourses, corridors and platforms share a number of formal and spatial elements, and are all organised on the basis of a concept of intuitive navigation allowing passengers to move easily and confidently among the access routes leading to the trains and the station exits. 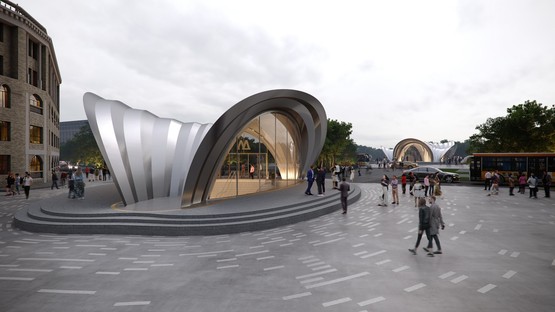 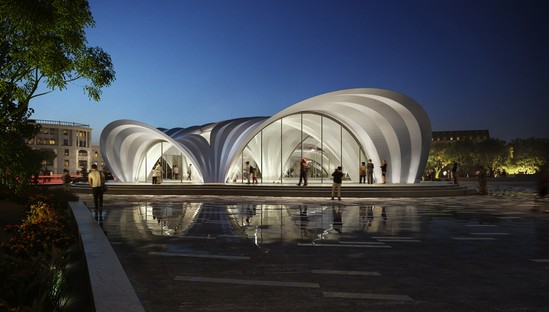 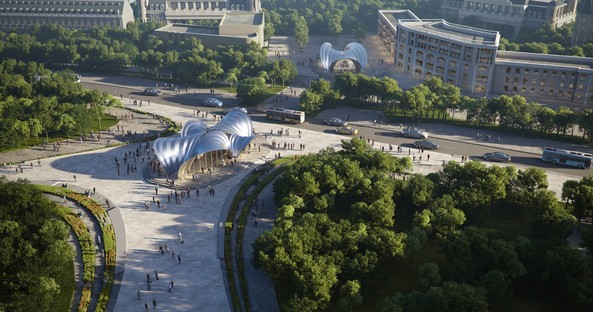 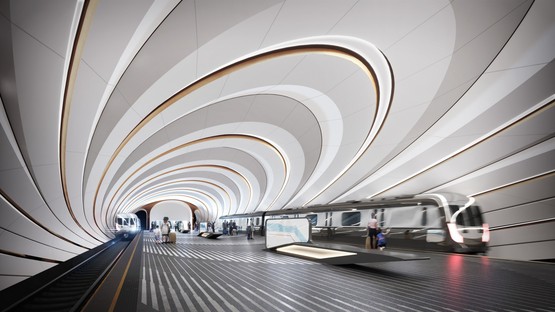 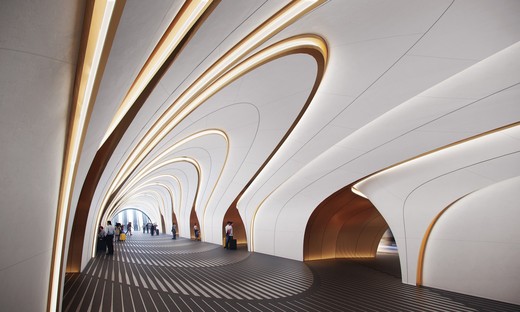 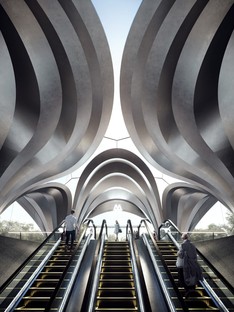