On May 16 the new “Al Janoub Stadium” was inaugurated in Al Wakrah (Qatar). Designed by the Zaha Hadid Architects studio, it is the first of the stadiums commissioned for the FIFA World Cup that will be held in Qatar in 2022. An iconic and fascinating structure, yet its architectural value is not enough to fully cast aside the various controversies that are accompanying the future 2022 FIFA World Cup in Qatar and the construction of its sports facilities. 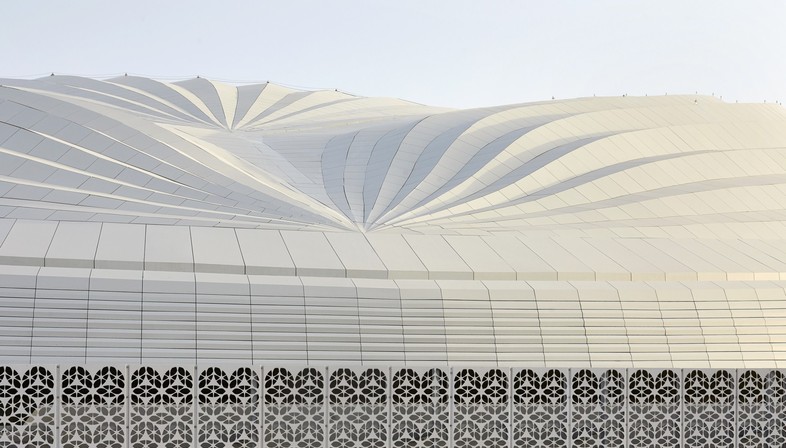 The final of the Amir Cup, the national football championship in which the 12 teams of the Qatar Stars league play, was the event on the occasion of which the new Al Wakrah sports facility was inaugurated on May 16, 2019: Al Janoub Stadium, designed by the Zaha Hadid Architects studio in collaboration with Aecom and the first of the new stadiums commissioned for the 22nd FIFA World Cup , whose final phase will take place in Qatar in 2022.
Al Janoub Stadium has a capacity of 40,000 seats and will host World Cup matches up to the quarter-finals. As requested by the customer, the stadium capacity can be reduced to 20,000 seats for tournaments played by the local football team (the Al Wakrah Sport Club, team that plays in the Qatar Stars league). The stadium was built 20 km south of Doha and is connected to the capital of Qatar by the red line of the new metro system. 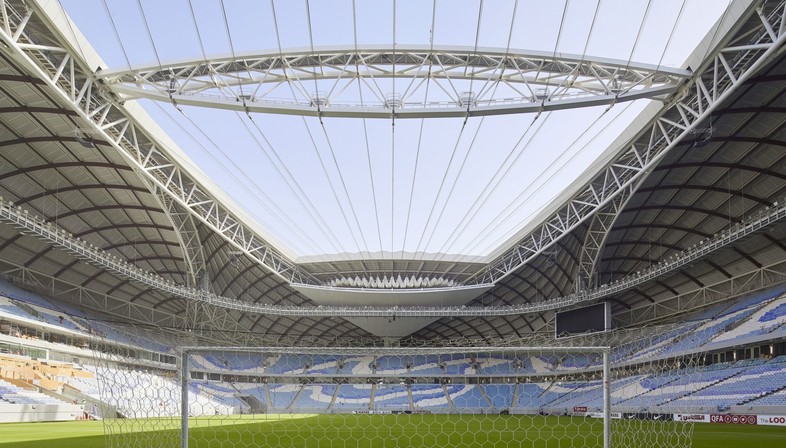 The 2022 FIFA World Cup to be held in Qatar, has been mired with numerous controversies. From the choice of the country in view of the prohibitive weather conditions typical of the summer months, to the lack of respect for the human rights of migrant workers involved in the construction of sports facilities, the subject of a number of Amnesty International campaigns and the focus of attention of major international journalistic investigations, all the way to the broader discussion on restrictions faced by women in Arabic-speaking countries - although in Qatar they generally enjoy more freedom. In parallel, however, many see the international event as an opportunity to give the country a necessary push to make important progress in expanding civil rights, especially when it comes to women. The difficult climatic conditions with the high temperatures reached in the summer months represented an important design challenge for the stadium. It was in fact necessary to provide for a design with a retractable roof that fully closes, in order to be able to air condition both the playing field and the stands, through an innovative cooling system of the seating. A system that will see equal benefits even if faced with milder temperatures - in 2018 FIFA indeed decided to move the championship to the winter period. The closure of the stadium is entrusted to the roof designed by the Schlaich Bergermann Partner studio. The roof consists of a tensile structure which, like a sail, covers the entire playing field, realised using the principles of passive design, 3D computer modelling and wind tunnel testing to maximise the effectiveness of the envelope and guarantee the best possible comfort for both players and spectators. 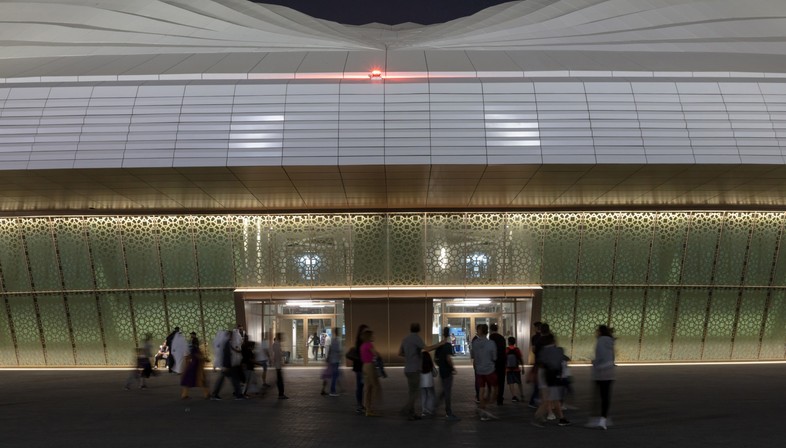 The shape of the stadium, on the other hand, plays tribute to the history of the coastal town of Al Wakrah. The roof of the structure seems to be composed of upturned “dhow” hulls, traditional boats from the region, while the façades are reminiscent of the sails of these boats. Other designs inspired by Arab culture have been used for the continuous lower façade, reminiscent of the typical “mashrabiya” (a type of projecting oriel window) to shade the spaces behind. 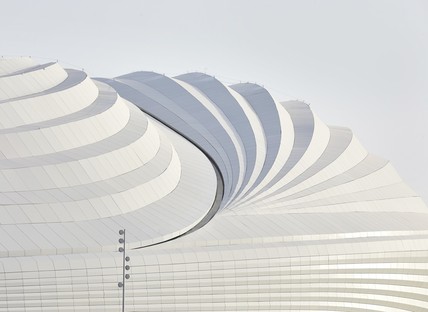 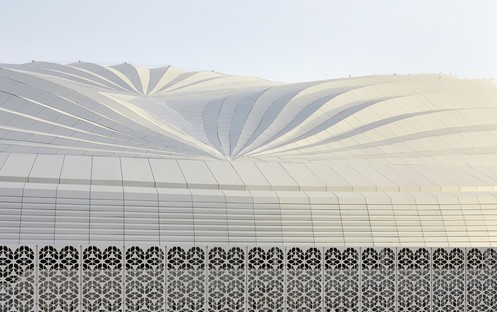 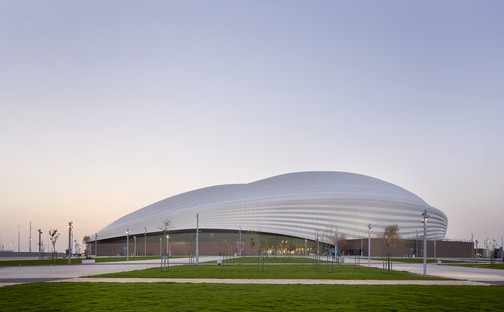 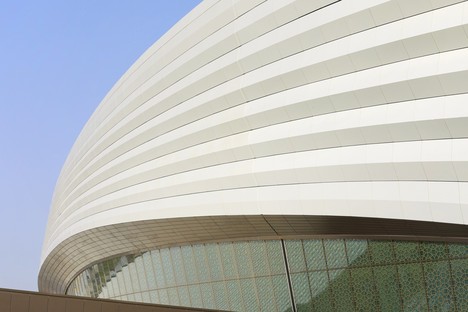 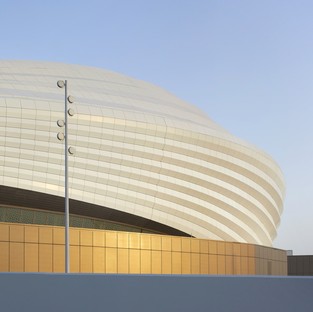 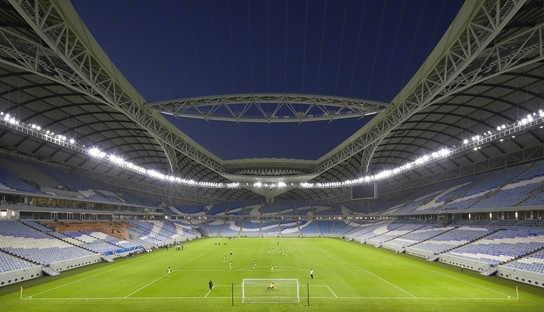 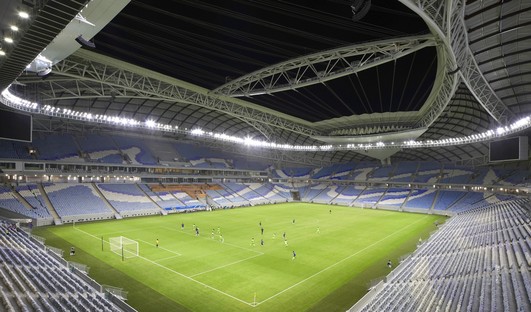 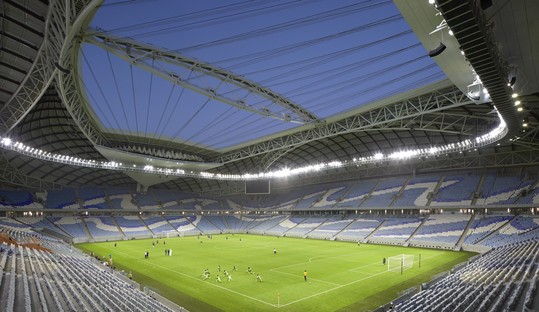 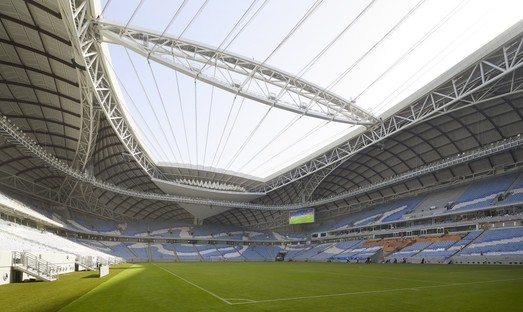 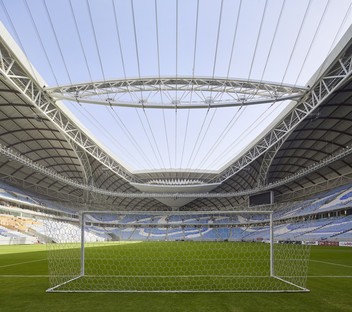 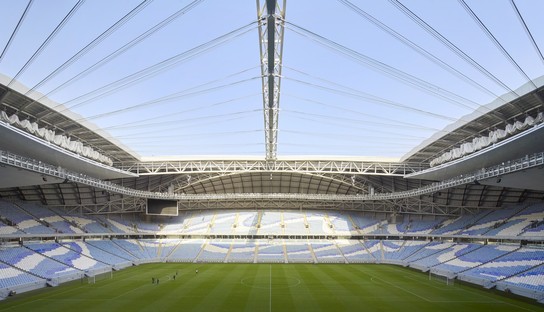 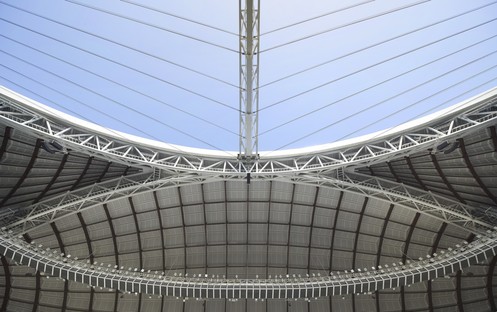 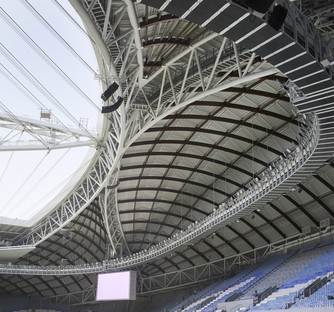 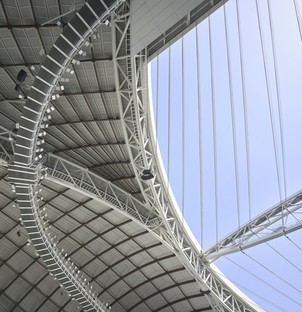 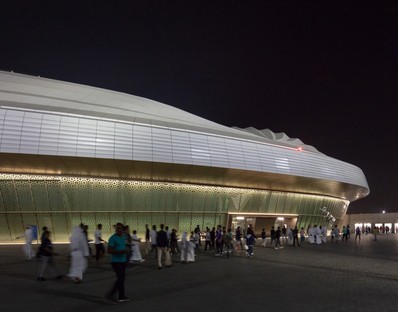 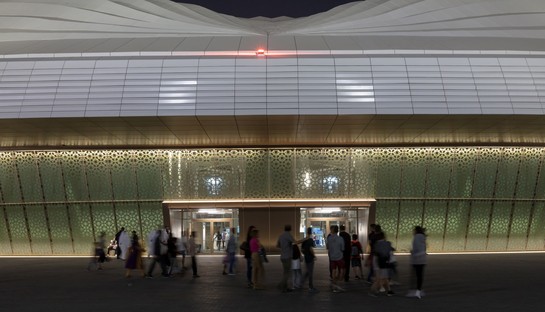 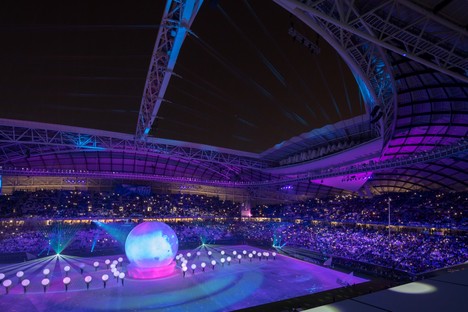 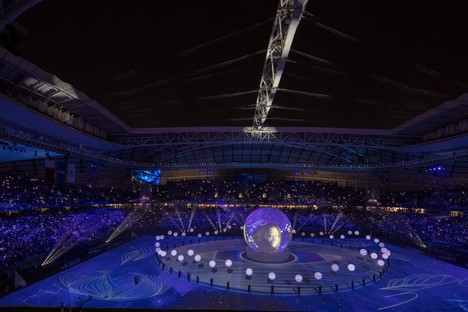 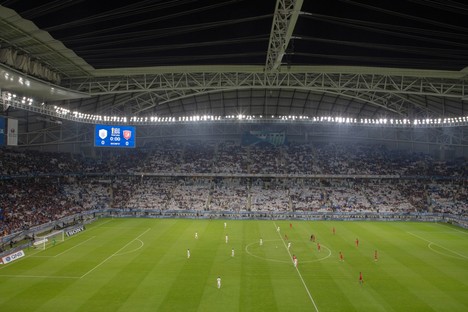