Part of OMA’s masterplan, 195 Melopee School is a modular steel and glass structure in Ghent’s Old Dockyards. Its light, open architecture breaks away with the concept of a curtain of buildings along the canal to promote the building’s relationship with the neighbourhood around it. 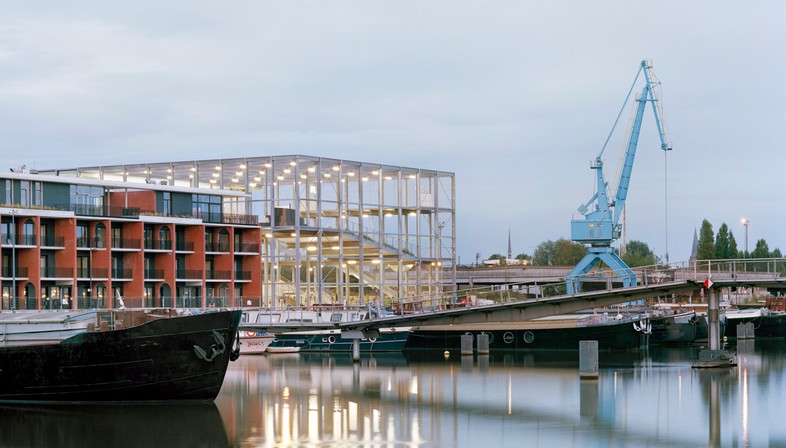 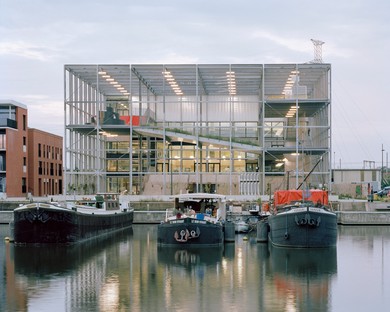 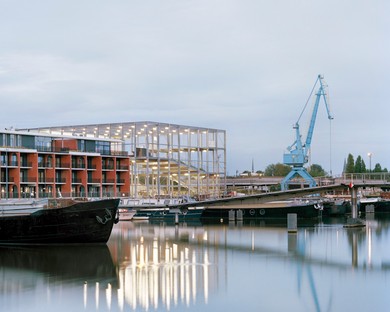 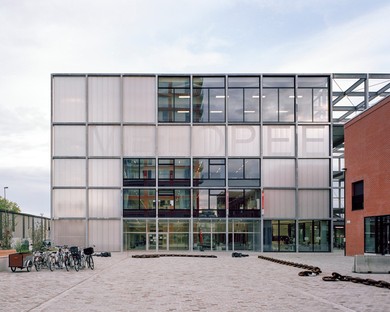 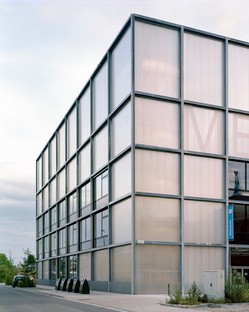 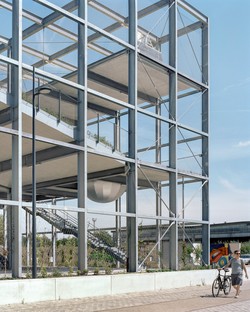 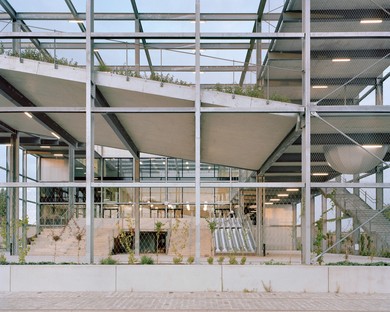 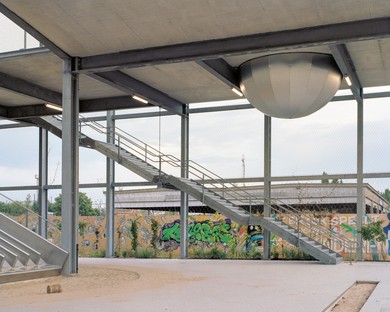 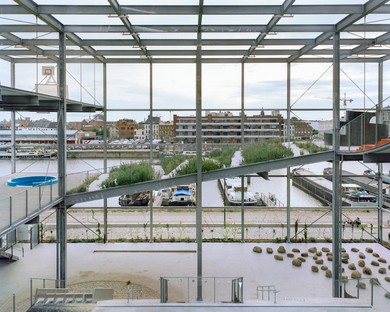 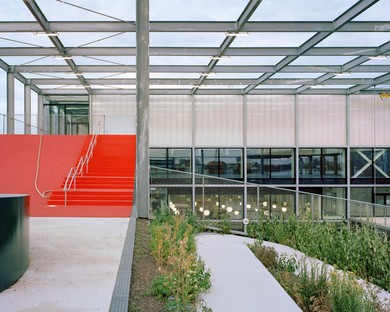 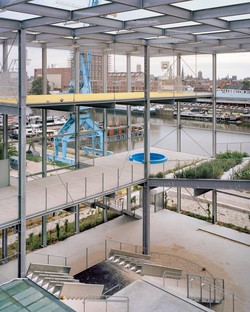 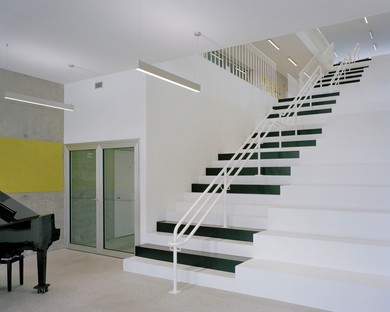 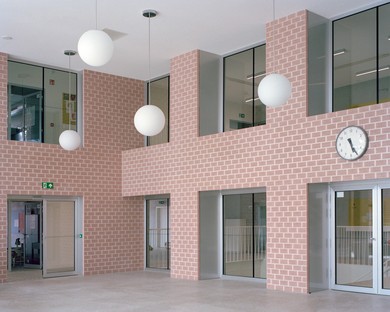 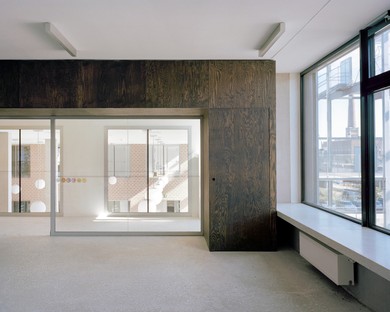 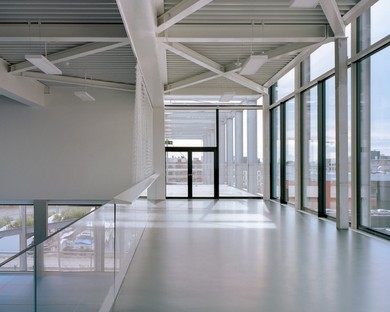 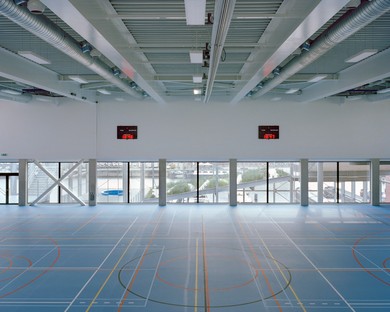 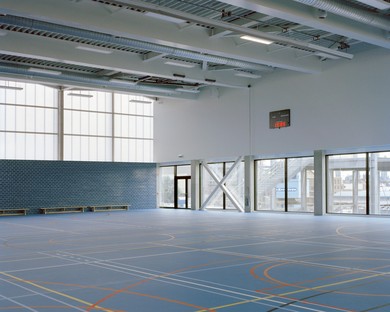 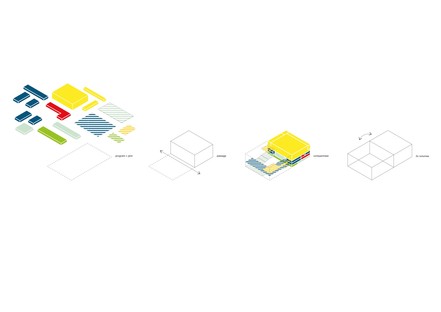 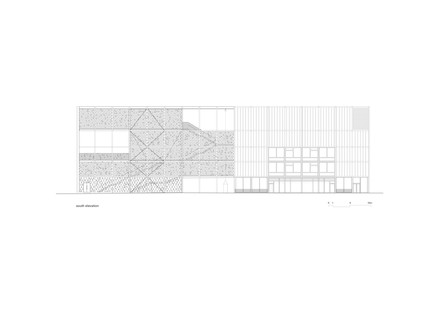 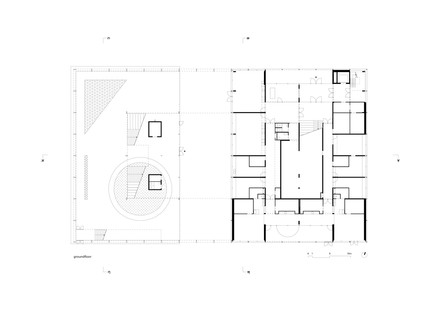 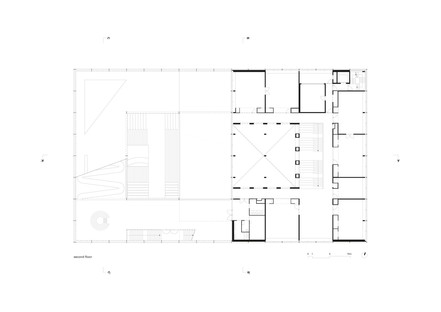 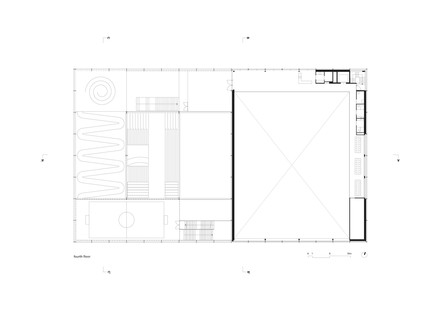 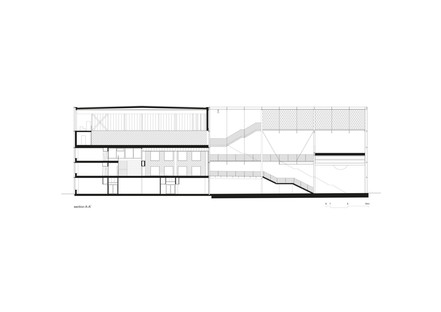 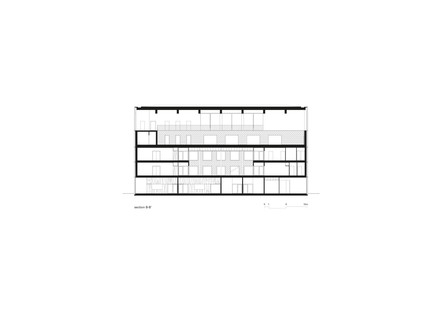 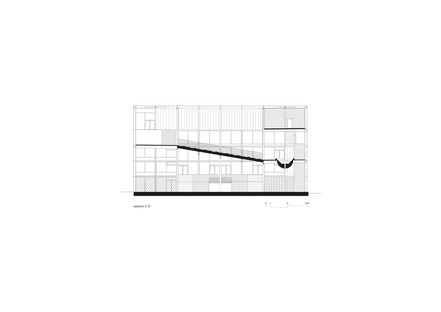 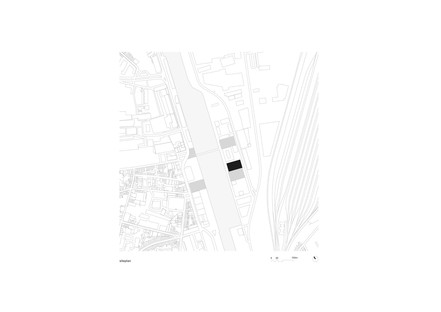