The great architect Frank Lloyd Wright’s ideas and concept of organic architecture became known all over the world after the second world war. Two exhibitions and a day of study at Iuav University in Venice look into his influence on the university and its faculty. 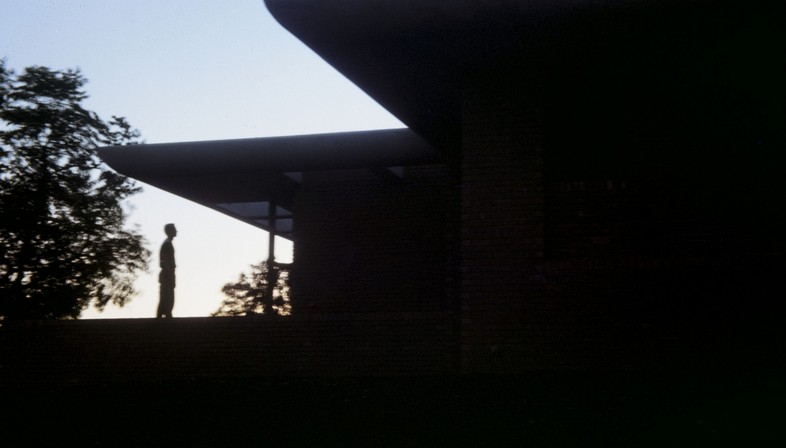 “Between Landscapes and History - Wright and Organic Architecture at Iuav – Two exhibitions at Iuav University in Venice” opened recently in the Tolentini university building and will close with a day of study on October 9. Organised by a scientific committee coordinated by Renzo Dubbini and including Roberta Albiero, Giulio Barazzetta, Serena Maffioletti, Angelo Maggi, Alessandro Colombo and Valentina Morassutti (Bruno Morassutti Project), the initiative aims to investigate and illustrate to the public the impact of Frank Lloyd Wright’s ideas and concept of organic architecture in Iuav, and how they influenced the university’s new faculty and thereby contributed to international architectural debate. 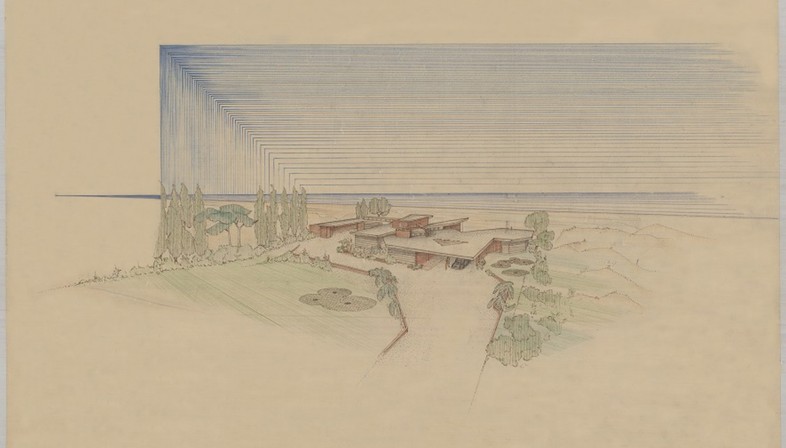 La Linea Organica A Nord-Est (The organic line to the northeast) outlines and defines the great cultural ferment of the years in which IUAV was directed by Giuseppe Samonà, with the contribution of a number of other factors. Outstanding personalities in architectural debate at the time are described in a special section of the exhibition dedicated to eminent figures. The events recalled are, briefly: Wright’s visit to Venice to receive an honorary degree in 1951 and his appointment by Savina Rizzi Masieri to build the Masieri Memorial on the Canal Grande; the presence of Carlo Scarpa, already a well-known and influential architect and an Italian representative of the American master’s school of thought, on the university’s faculty, as well as the young professor Bruno Zevi, who later became a great Italian historian, the centenary of whose birth will be celebrated in 2018 with an exhibition at Maxxi in Rome.
This lively cultural climate and an outstanding university characterised by a plurality of different approaches influenced the future faculty and a whole generation of architects, who went on to project onto the Triveneto area "a vision of architecture as an expression of civilisation and a reinvention of the ancient landscape".
The exhibition is divided into three chapters, the "Masters of design room" we have mentioned, a "Gallery of photographs and drawings" bringing together projects and graduate theses by the IUAV generation of students and professors in question (including works by Gae Aulenti, Gianni Avon and Francesco Tentori, Costantino Dardi, Iginio Cappai Antonio Foscari and Piero Mainardis, Giuseppe Davanzo, Marcello D’Olivo, Roberto Gottardi, Federico Marconi, Angelo Masieri, Michelina Michelotto and Valeriano Pastor, Bruno Morassutti, Arrigo Rudi, Gino and Nani Valle) and, lastly, the Frank Lloyd Wright Room about the design of the Masieri Memorial. 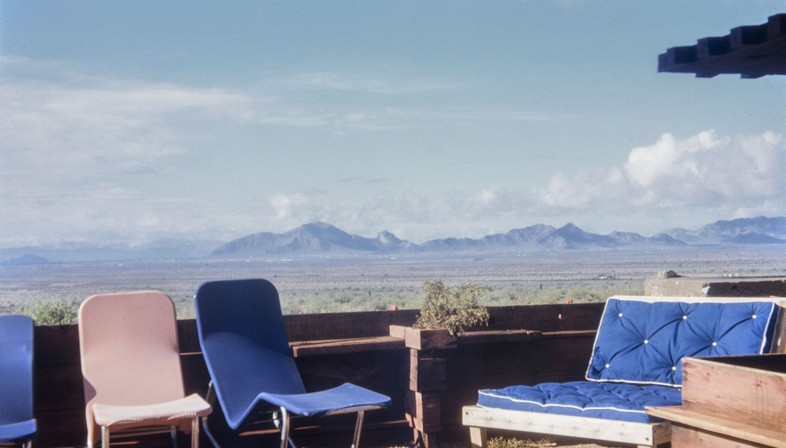 American Journey 1949-50 - Bruno Morassutti focuses on Bruno Morassutti’s travels in America in 1949 and 1950, when the recent Iuav graduate set out to study in Frank Llyod Wright’s two homes and offices: Taliesin East in Wisconsin and Taliesin West in Arizona. The story of works by Wright and other architects working in America at the time (Soleri, Aalto) appears for the first time in colour. About 400 slides have become precious images accompanying lectures at Iuav and articles in the architecture press following a painstaking restoration by Venetian photographer Francesco Barasciutti. 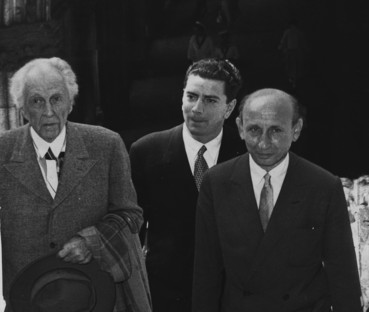 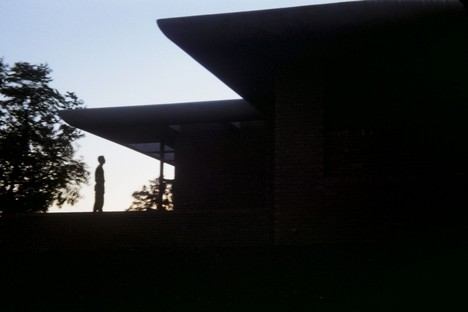 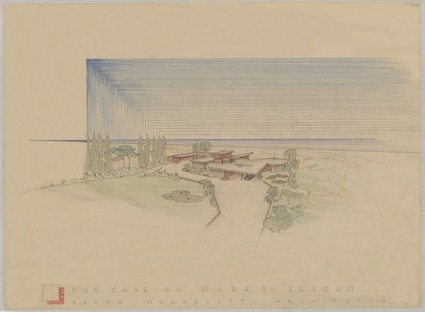 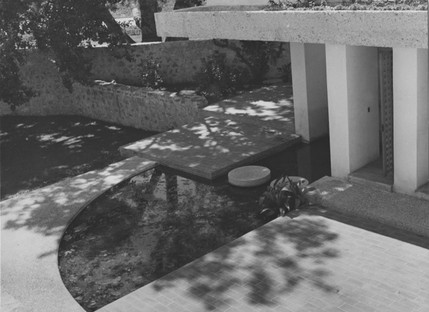 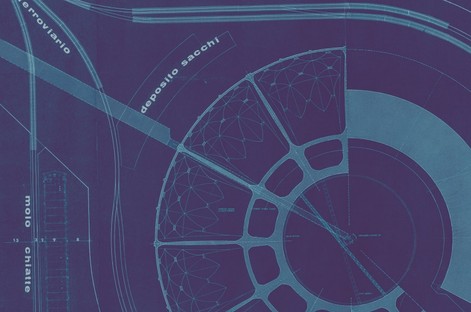 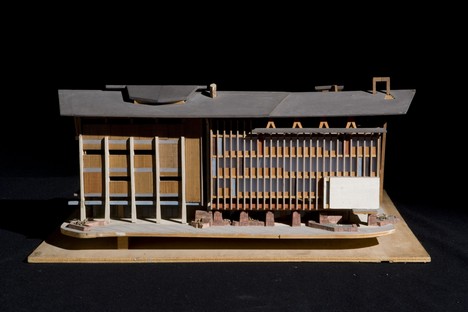 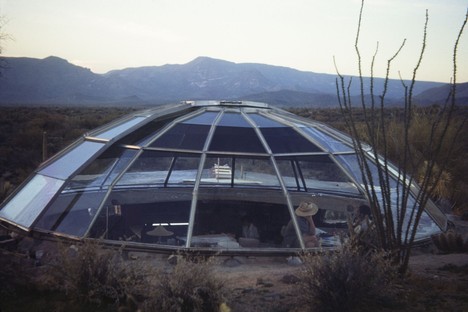 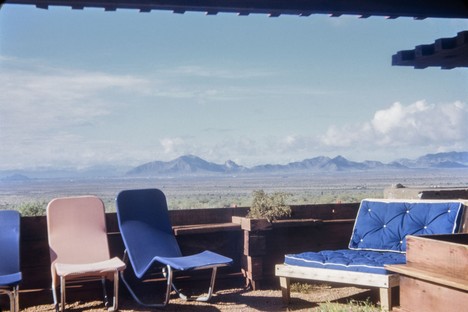 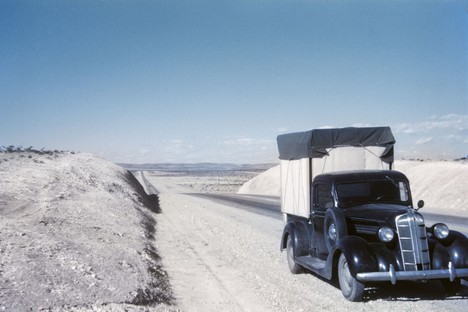 The Made in Italy architecture exhibition, Abu Dhabi