Two exhibitions and a day of study in Venice focus on Giuseppe Samonà, one of the most influential twentieth-century Italian architects. 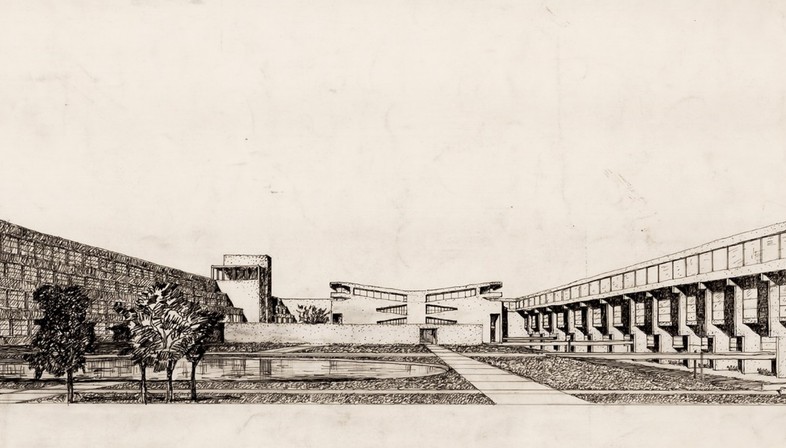 Giuseppe Samonà (1898-1983), director of Istituto Universitario di Architettura di Venezia (Iuav) between 1945 and 1972 and senator of the Republic of Italy from 1972 to 1976, was an influential twentieth-century Italian architect, theoretician and teacher. Università Iuav di Venezia, with Archivio Progetti and the Architecture Department of Università Roma Tre, dedicate two exhibitions and a day of study to this important architect. The exhibitions will be held in the Gallerie del Rettorato and the Aula Magna in the Tolentini building, home to Iuav, in near Piazzale Roma in Venice. 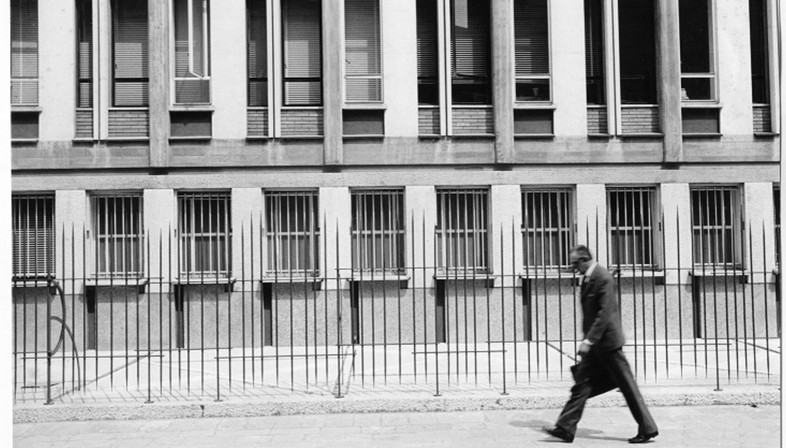 The first exhibition, “Per la città pubblica. Progetti 1949-83” looks at a particular time in Italian architecture, after the Second World War, when the country’s economic boom offered plenty of opportunities for architects. The exhibition includes sketches, drawings and models documenting the intense work of Giuseppe Samonà with Egle Renata Trincanato, the students at Iuav, his son Alberto and numerous assistants in Sicily, Rome and Venice. Along with a selection of materials documenting his intense freelance career, the exhibition features numerous projects including both competition entries and built works all over Italy, from Piedmont to Sicily, documented in a video. They include: competition entries for an office complex in Turin, for the Chamber of Deputies and for the Universities of Cagliari and Calabria, plans for the Metropolis on the Strait and the Messina Bridge, the INA-Casa district in San Giuliano Venezia, the INAIL offices in Venice, Banca d'Italia in Padua, the theatre in Sciacca, Gibellina civic centre and Cadoneghe city hall. 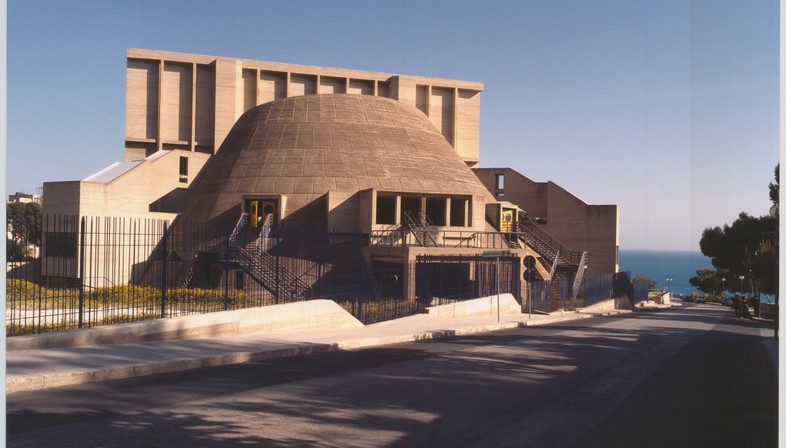 The second exhibition, set up in the Aula Magna of the Tolentini complex, completes the picture of Giuseppe Samonà’s career and projects with images by numerous photographers who have had a major impact on the publication and dissemination of his work. The selected photographs, most of which were taken after 2002, not only represent the transformation of the buildings over the years but document their successful coexistence with their surroundings in historically stratified spaces.
The selection of images for the exhibition has also led to the emergence of prominent Italian architecture photographers such as Paolo Monti, who took the pictures of the INAIL office and housing complex in San Simeone Piccolo, Venice.
Umberto Ferro and Claudio Sabatino took the majority of the photographs on exhibit. In 2002 Umberto Ferro and architecture historian Marko Pogacnik conducted a vast photographic campaign documenting much of Samonà’s architectural production: images that help us “understand the projects’ Mediterranean character, the lightness of their overhanging surfaces, their ability to suggest and impose particular perspectives” (A.Maggi). 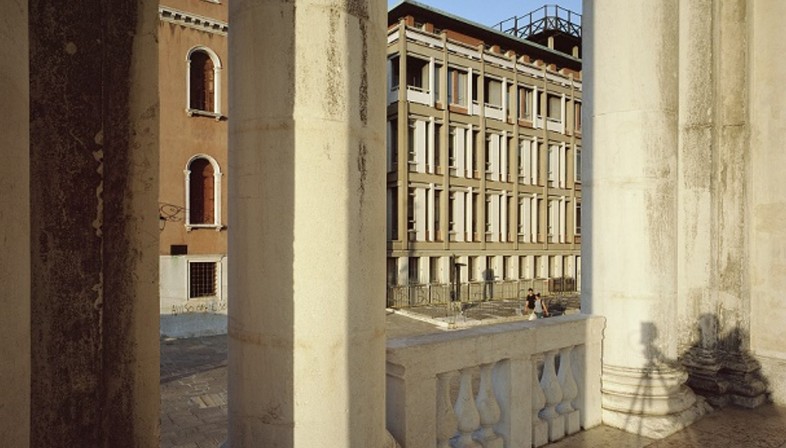 Claudio Sabatino began his research in 2016 as part of a departmental study conducted by Giovanni Longobardi of Università di Roma Tre, still underway. The exhibition presents only the initial results of the study, with views and perspectives of significant impact that portray the architecture in an almost sculptural way.
Exhibition curator Angelo Maggi emphasised how these important photographers’ works offer “plenty of inspiration for study and reflection on the transformation of perception of the work by one of the greatest Italian masters of twentieth-century architecture”. 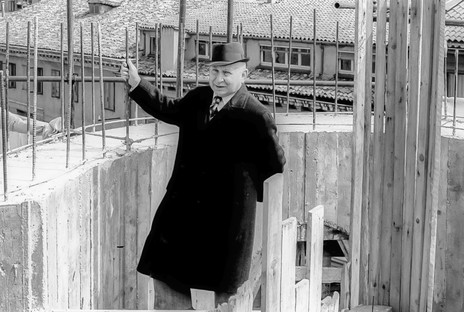 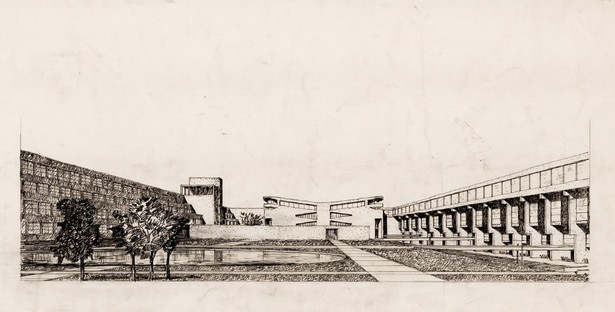 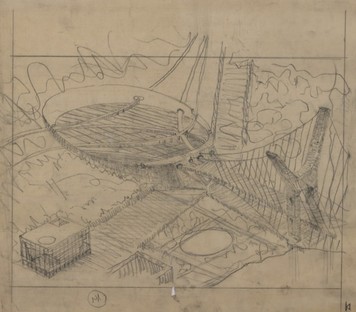 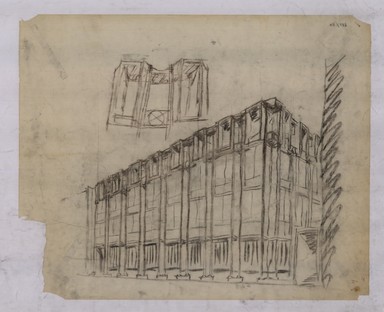 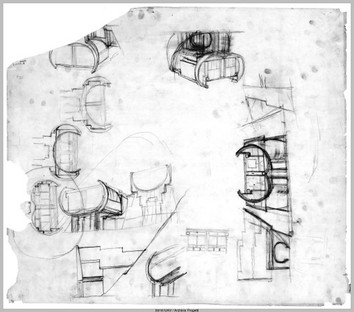 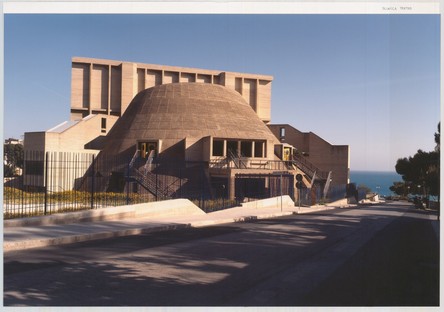 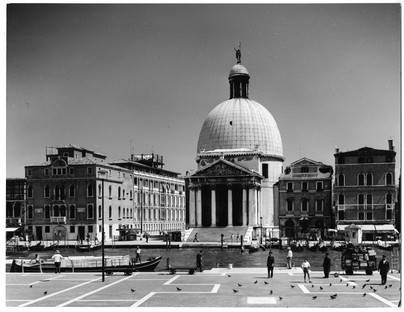 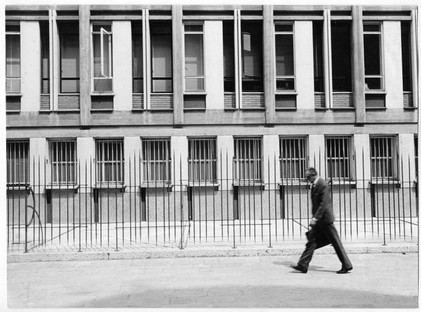 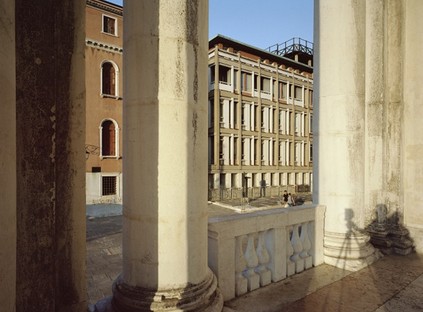