Work has begun on the FENIX Museum of Migration in Rotterdam, the first cultural project in Europe by Ma Yansong’s studio MAD Architects. The museum will be constructed in a location with a particular significance for the history of migration in Europe and beyond: Fenix warehouse, on Katendrecht peninsula, one of Europe’s oldest Chinatowns, a place thousands of people passed through on their way to a new life in the new world. 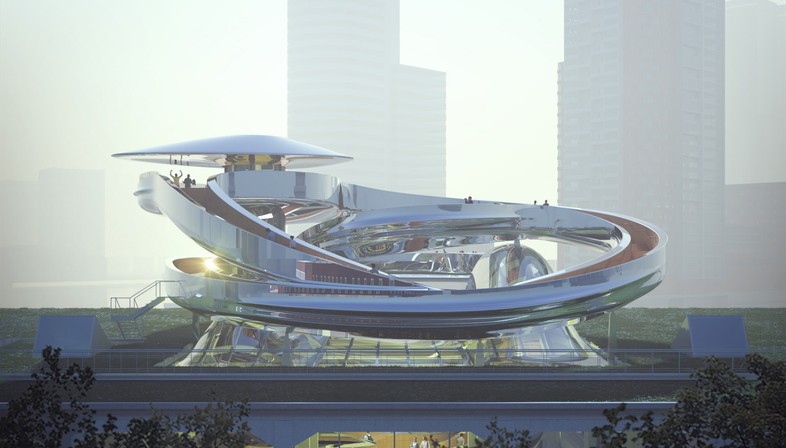 Rotterdam’s Katendrecht peninsula is one of the oldest Chinatowns in Europe, a place thousands of people passed through on their way to a new life in the new world. In an old warehouse by the harbour, known as Fenix, Droom en Daad Foundation commissioned MAD Architects to build FENIX Museum of Migration, construction of which work has recently begun.
The president of the foundation, leading historian and former general director of the Rijksmuseum in Amsterdam Wim Pijbes, explained that the museum is intended to represent migration as a universal story: "People at some point of their lives make a decision, whether it’s forced by war, poverty, religious reasons or something else. They decide to put everything they have into one or two suitcases and to make this journey to a new world and start all over again. What we want to do is to understand the emotion and to show the emotion".
This emotion begins with the site selected for the museum, Fenix warehouse, which has an unusual history. When it was built in 1923, it was considered the world’s biggest warehouse; over the years its history has been interwoven with that of the city of Rotterdam, including destruction when the city was bombed in the Second World War, followed by multiple repairs in the 1940s and 1950s. More recently, the whole Katendrecht area has become the city’s centre of dining and entertainment under the Fenix Food Factory initiative using the abandoned warehouses to bring together local and zero km food, street food and organic food producers.
The museum will be the first cultural project in Europe by architect Ma Yansong, founder of MAD Architects. To preserve the historic identity of the site and the building, the architect decided to keep the original concrete structure, emptying out its centre and replacing it with a dramatic tornado-shaped staircase. It is actually composed of two spiral staircases moving through space with different rhythms and curves with a different radius, coming together again to form an observation deck at the top. The staircases rise from the ground floor to the roof and beyond, breaking up the static form and large scale of the original warehouse and creating more intimate spaces of smaller size on different levels in the building. "From a distance, the platform and staircase look like a single entity,” explains architect Ma Yansong, “but when it’s in front of you, it stands as a sculptural work that invites you to explore. It both signifies the Fenix’s witnessing of Europe’s history of migration from the port, and symbolizes the future of the city of Rotterdam. 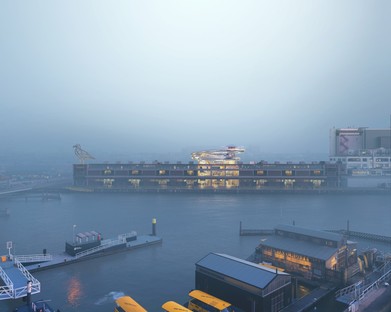 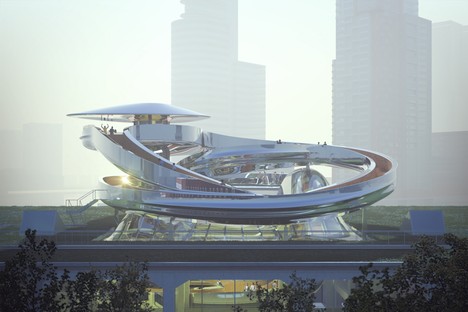 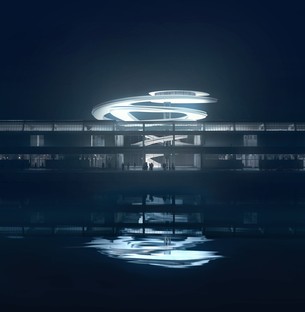 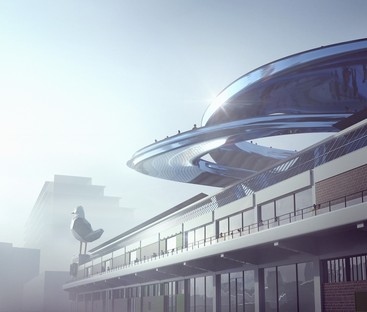 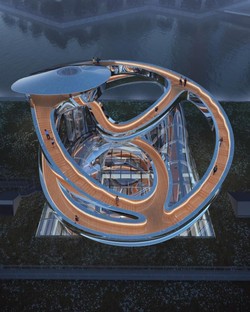 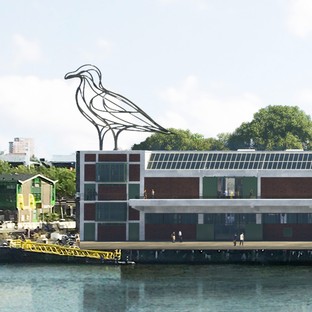 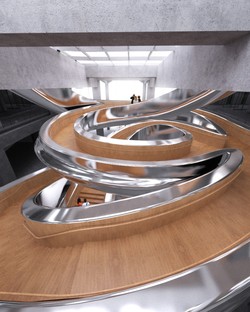 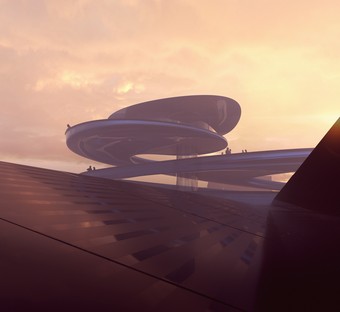 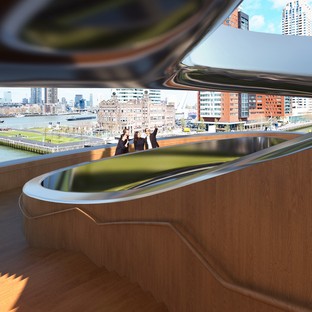 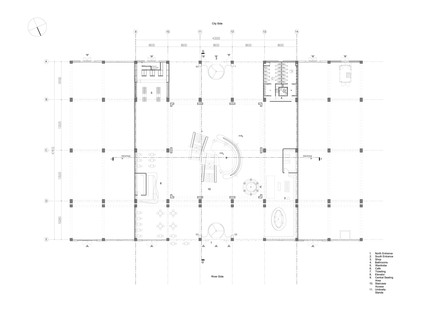 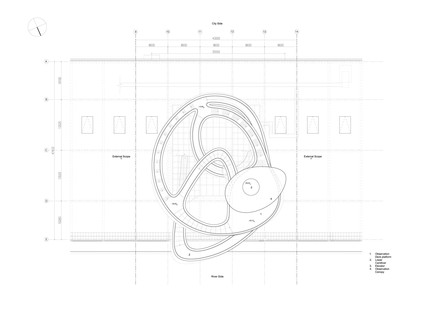 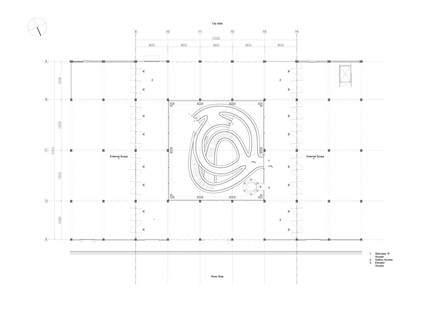 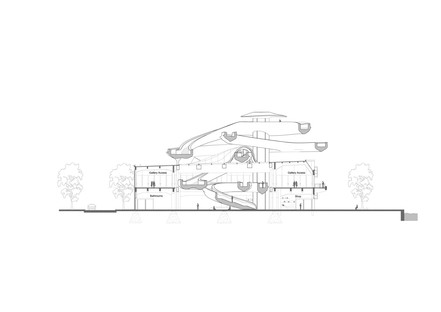 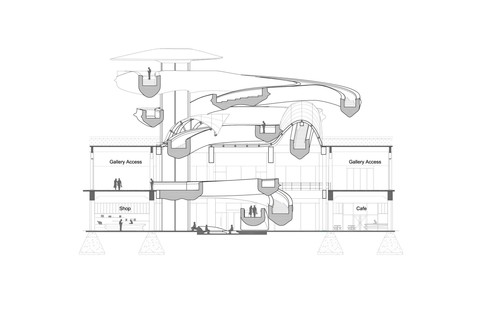 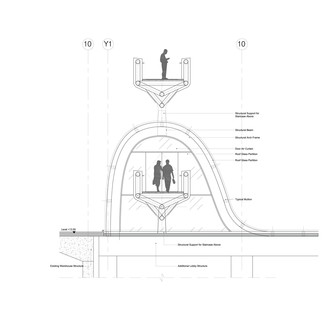 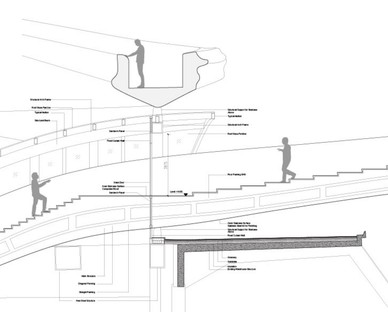 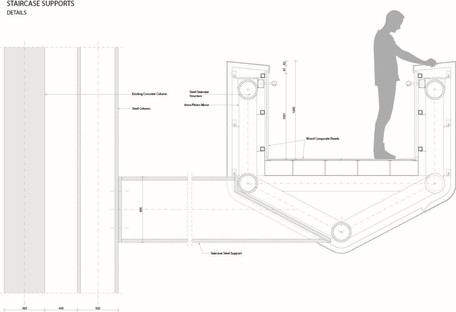 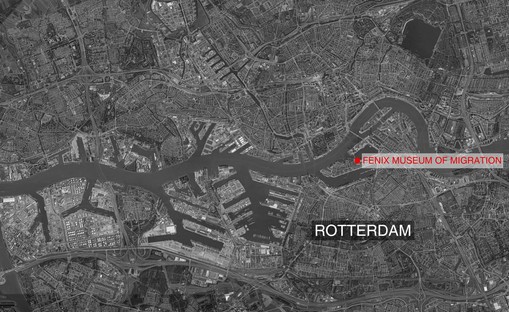 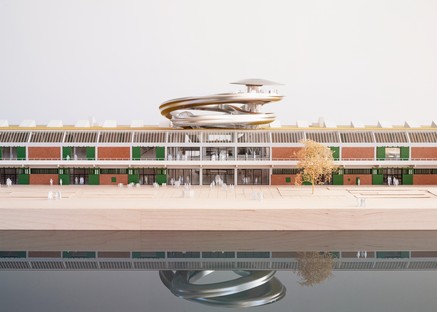