Architectural studio Vudafieri-Saverino Partners was in charge of interior architecture and landscape architecture for "Milano Verticale | UNA Esperienze", a new four-star superior hotel the UNA Group will be opening in Milan in April 2021. Vudafieri-Saverino Partners’ project aims to go beyond the conventional idea of the hotel and provide people with a place for business meetings, a hub offering innovative services which is at the same time a renowned food & beverage destination thanks to the cuisine of chef Enrico Bartolini. 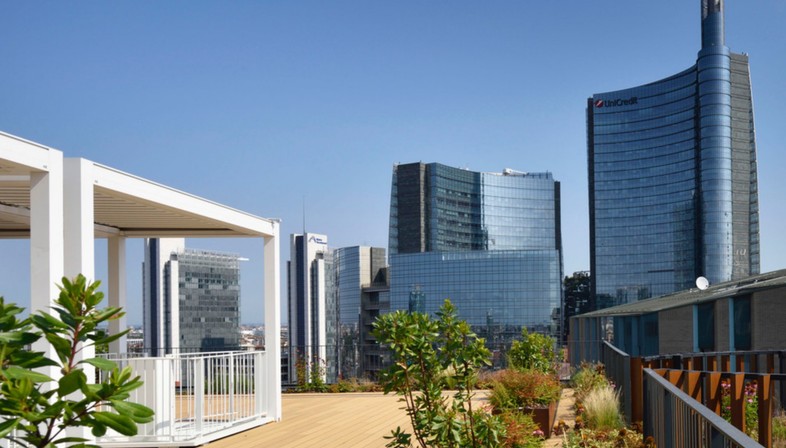 The UNA Group will be opening a new hotel in Milan this spring featuring interior design and landscape architecture by Vudafieri Saverino Partners, the studio founded by architects Claudio Saverino and Tiziano Vudafieri.
Vudafieri-Saverino Partners’ plan for Milano Verticale | UNA Esperienze, the new four-star superior hotel, aims to go beyond the conventional idea of the hotel, offering people a place for business meetings, a hub offering innovative services which is at the same time a renowned food & beverage destination thanks to the cuisine of chef Enrico Bartolini. The architects have come up with a new concept of hospitality and a new experience of the meaning of dwelling in time and space, sharing social, leisure and business experiences in a context with a bold visual and material personality”.
The new hotel is located in the Porta Nuova - Garibaldi - Corso Como area which has come to symbolise the city’s urban renewal, between Via de Cristoforis and Via Rosales. The hotel has 173 rooms on the first twelve floors, a 530 square metre rooftop and four super penthouse suites with panoramic terraces on the thirteenth floor, with all-round views of the city skyline and the Alps in the distance, as well as a big inner garden measuring more than 1000 square metres. The project is inspired by the city of Milan and its long tradition of design; Claudio Saverino and Tiziano Vudafieri include references paying tribute to the post-war masters from Milan who inspired many of the details and materials appearing in the project. Working around the concept of an urban hotel, a facility at the service of the city, the architects have designed a completely permeable ground floor that plays an active role in dialogue with the city through the hotel’s public functions. The project was implemented in concert with Asti Architetti, who restored the existing building under a plan for redevelopment of the entire block. The redesign of the plaza outside the hotel and of Via Rosales reconnected the façades of the buildings with their surroundings and ensured continuity of the landscape design of the public space and the private space of the big garden inside the hotel. The hotel’s magnificent private garden is an oasis of peace and relaxation guests can enjoy at any time of day, paying tribute to the city’s tradition of secret gardens. In the food & beverage areas, the architects have given form to the gastronomic concepts of chef Enrico Bartolini and created three different solutions for three gourmet proposals: a bar with a garden, a contemporary Osteria, and a Ristorante for fine dining. 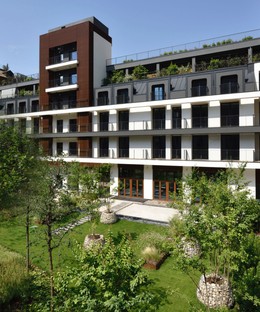 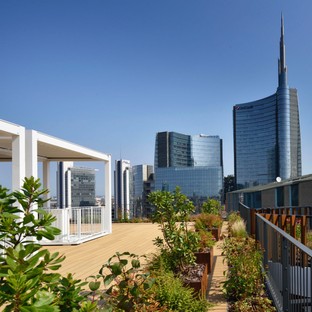 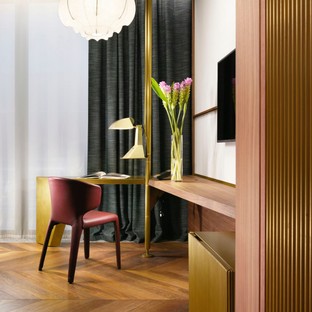 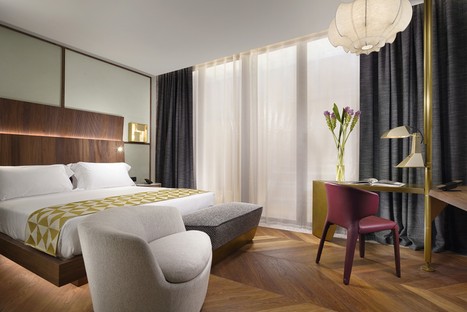 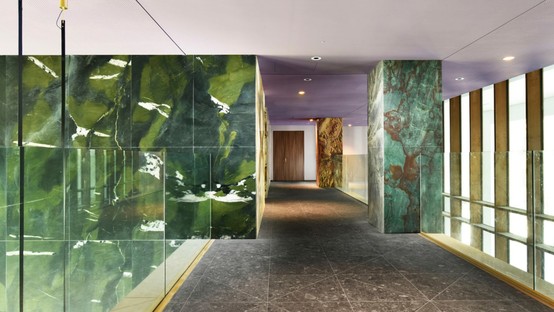 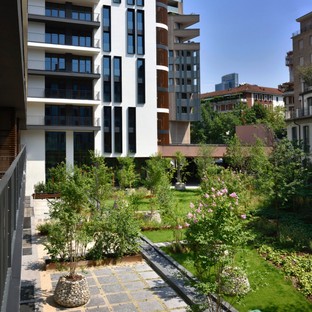 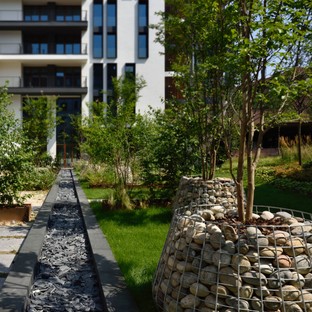 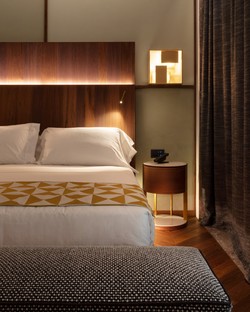 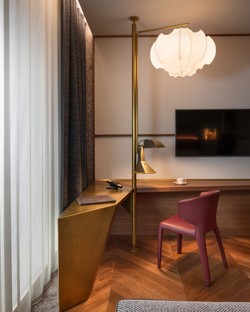 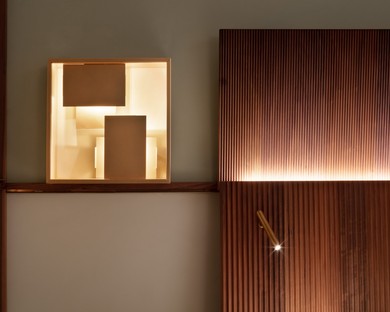