The new Maniago Civic Centre, designed by Valle Architetti Associati is a modern building in a stratified urban setting. It is a building that relates to its surroundings, both town and landscape, without losing its own identity. 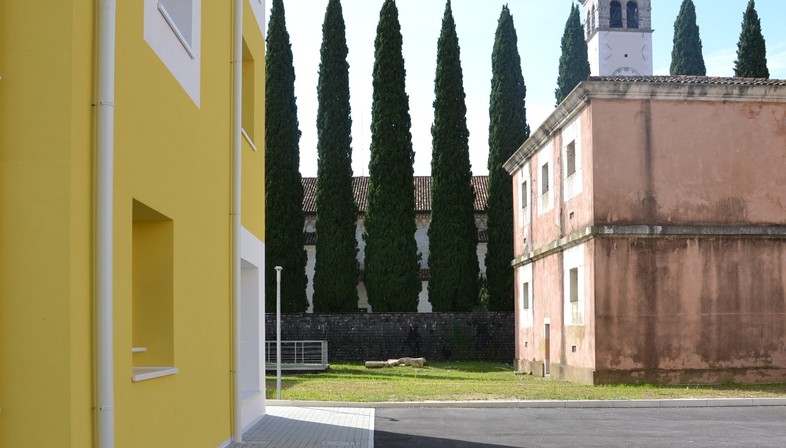 The theme of contemporary architecture in stratified urban settings, places where architecture, urban planning and the landscape are intimately connected in a relationship that crystallises over time, is a central theme of the discipline. It is a fundamental theme, especially in a country like Italy, which has lots of little urban centres with their own features, strongly rooted in the landscape, as was seen in the exhibition Arcipelago Italia curated byMario Cucinella for the Italian Pavilion at the Venice Architecture Biennale 2018.
Withthe new Maniago Civic Centre, Pordenone, the Valle Architetti Associati has created its own reflection on the theme, placing a contemporary building with its own strong identity in a stratified urban setting, that of the little town of Maniago in Friuli Venezia Giulia, and in an important landscape. The town is in a kind of strategic position, on a plain at the foothills of the Carnic Pre-Alps along the Pedemontana road in Western Friuli. It is located at the place where two valleys, the Cellina and the Còlvera valleys, meet and is a checkpoint for the various roads that still link the plain to the mountain passes of the Friuli Dolomites. 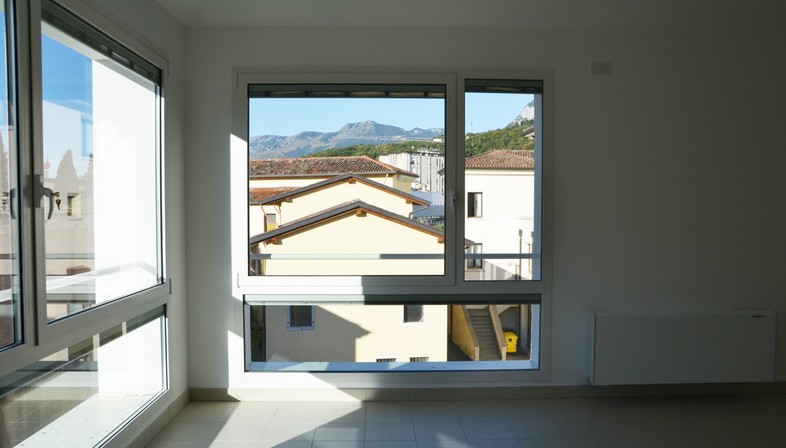 The new centre offers a range of activities and services for citizens, from a business help desk to classrooms for training and small offices. The project involved demolishing and rebuilding a pre-existing structure on three floors, an ex-high school that had become an archive and was located in a courtyard behind the little town's main square. The courtyard is enclosed to the North by a row of historic houses and to the South by a stone wall with a row of trees that separates the space from the Cathedral of Saint Maurus. The area of the project is a narrow lot between the Maniago council building and the recently added Justice of the Peace building, and the ex-Austrian prison, a fine 19th century building which provided an important element for the new project by Valle Architetti Associati.
The architects themselves have called it a “simple house”: a parallelepiped that is smaller than the pre-existing building, built on three levels, linked by a staircase on the North façade and with the most important spaces overlooking the South façade. The materials chosen were covered concrete and external plaster, a wooden roof with two inclinations covered with tiles and punctuated with windows that illuminate the various interior spaces, recalling the historic buildings around. The architects have explained that their design was aimed at 'unifying the architectural covering and refers to the surrounding setting, interpreted through contemporary shapes, without assuming a generic, traditional language of imitation.”.
The element to interpret through contemporary shapes was the 19th century building of the ex-Austrian prison and its large stone window frames. The architects transformed it in an abstract pattern of square windows with large white frames painted on yellow plaster, which look in all directions and, at the same time, project the surrounding urban landscape into the indoor spaces.It is an ironic and distant nod to the pre-existing structure and not a passive imitation. 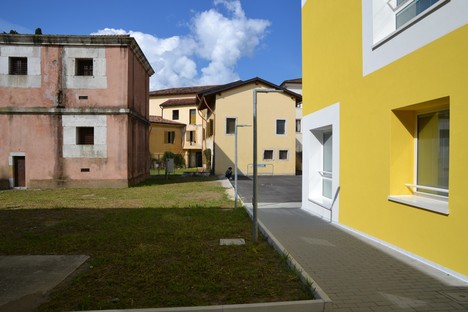 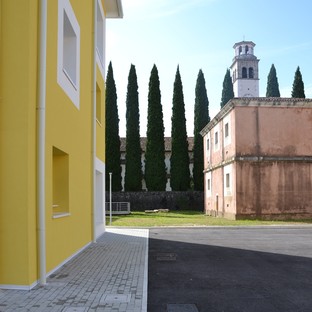 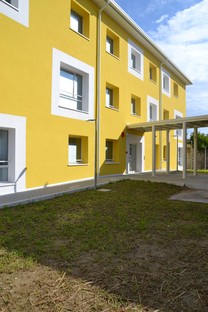 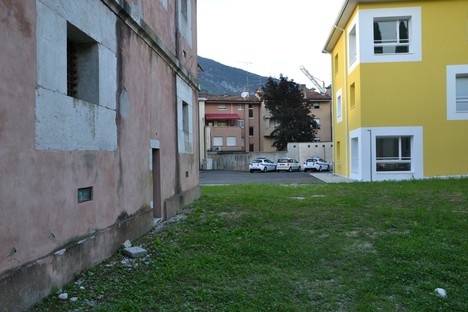 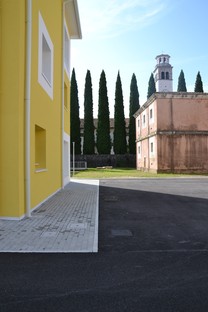 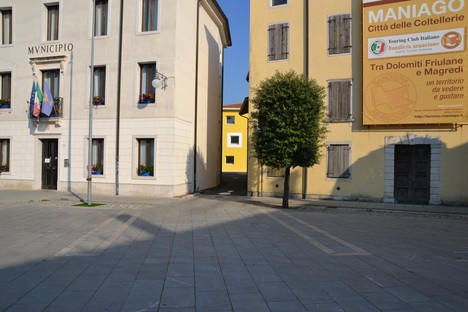 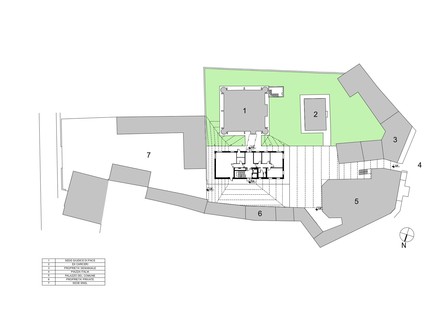 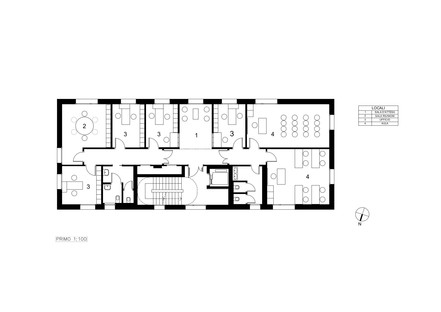 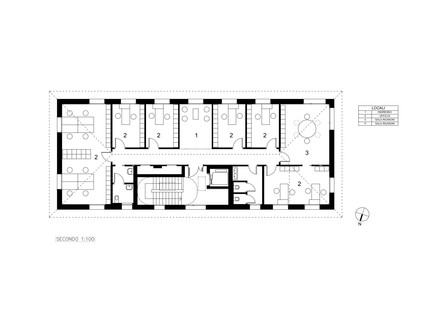 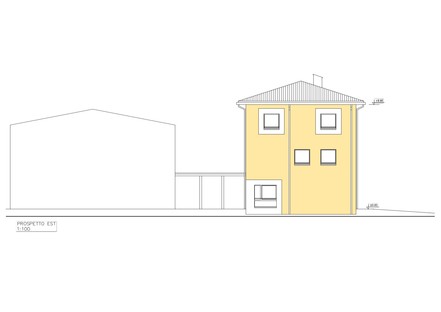 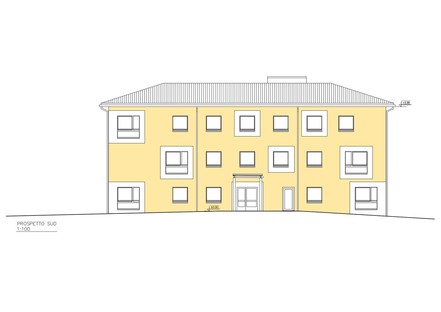