UNStudio 18 Septemberplein refurbishment of a historic building in Eindhoven

UNStudio recently planned the renovation of a historic building in Eindhoven designed by Jan van der Laan and built in 1952. The architects’ refurbishment of the building’s façade reconnects the construction with its urban surroundings. 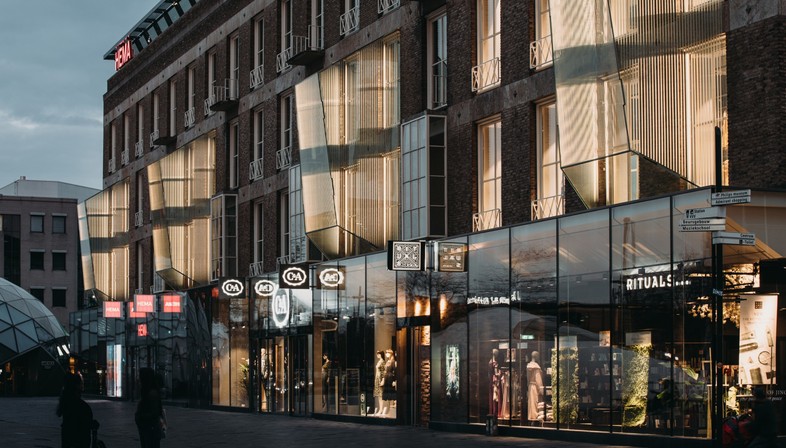 UNStudio recently planned the renovation of a historic post-war building in Eindhoven, in the Netherlands.
The 9,000 m2 four-storey building was designed by Dutch architect Jan van der Laan and completed in 1952. Though a heritage building, the construction underwent a number of major modifications over the years, causing it to lose not only its original character but its relationship with its surroundings. In more recent times, before UNStudio’s project, for example, large entrances to the underground bicycle parking lot were added, altering the relationship of the building’s façade with the street. One of the goals of UNStudio’s project was restoring the building’s connections with its surroundings, giving it back its identity with unusual, highly recognisable windows. The architects of UNStudio began with in-depth historical and cultural study of the building, proposing changes that underlined its historical value and restored the rhythm and ideas of the façade designed by Jan van der Laan, the architect who originally designed the building, while at the same time giving the building a lighter, iconic style. The roof was freed of its subsequent expansion, restoring its original Modernist style, while the clear glass base of architect Jan van der Laan’s original project was restored all along the building at street level. The architects’ refurbishment project progressively reduced the material, with a preference for lightweight structures created with structural glass. Four glass “boxes” measuring 5.5 metres wide and 7 metres tall, constructed with a system of invisible supports, allow the volumes to emerge from the façade like eyes looking out over the public space, so that the brick surface of the façade acquires thickness and depth, as well as reflection and shine. In the evening, LED lighting designed by Dutch artist Arnout Meijer diffused through a thin film in the glass makes the boxes into a source of light for the nearby plaza. The optical effects created in the glass volumes appear to change according to the observer’s point of view, and their very presence becomes an original way of emphasising the store’s products. The building’s façade, which is naturally the central element connecting it with its urban setting, thus becomes a place for celebrating the identity of Eindhoven, both past and present: the home of the design and technological innovation that are now the drivers of the city’s economy. 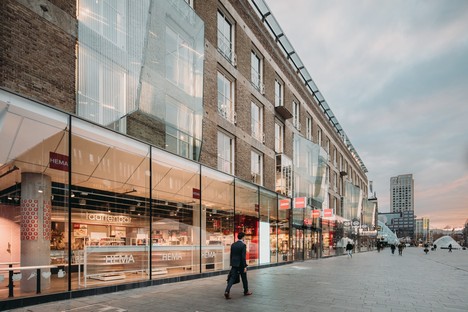 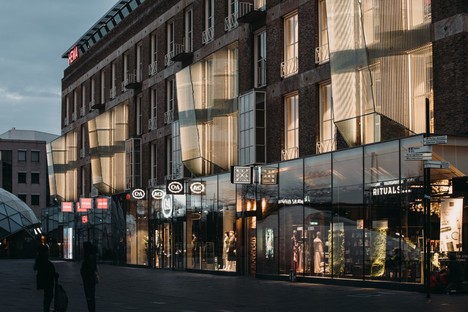 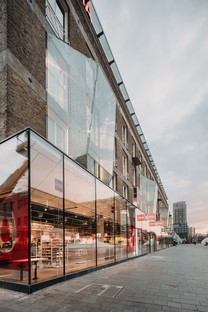 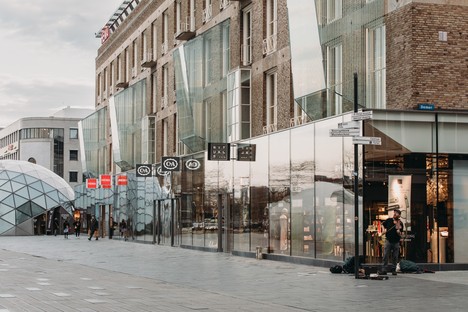 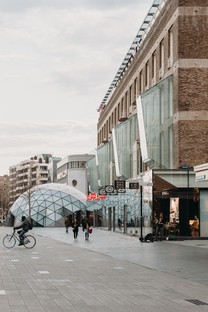 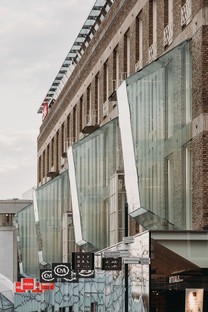 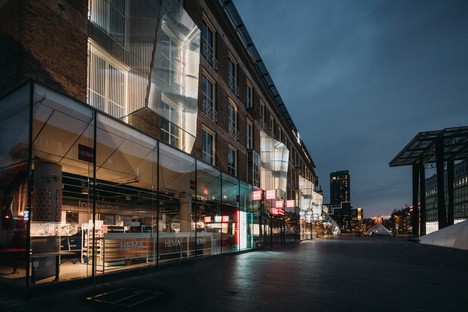 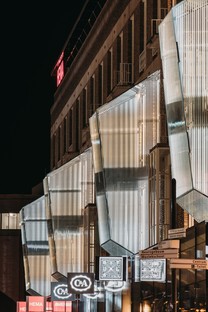 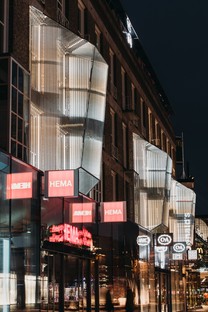 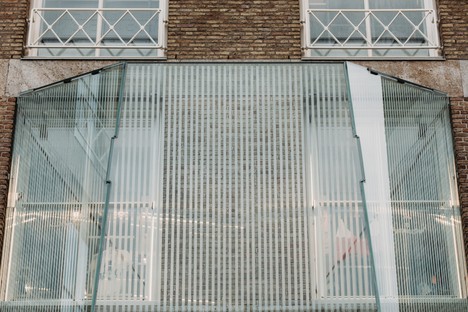