In Anklam, Germany, German firm Tchoban Voss Architekten has recently completed an interesting project: a residential and commercial building with three gables marked out with three different colours, making for an architecture that will cut an impressive figure in the historical centre. The architects proposed a contemporary interpretation of the traditional brick façade that is characteristic of the city’s historical architecture. 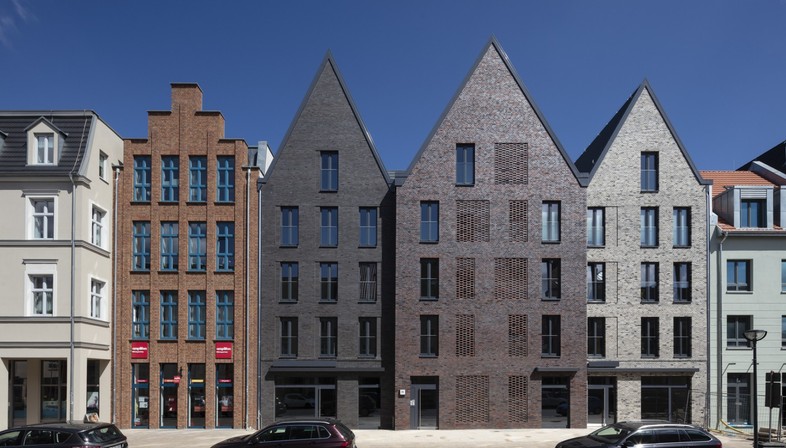 The exhibition entitled “Une ville dessinée” that recently ended at “La Galerie d’Architecture” in Paris showcased the drawings of architect Sergei Tchoban dedicated to the interaction and correlation between historical and modern architecture, designs for European cities in which elements of the pre-existing urban fabric are blended with more futuristic elements. Outrageous, alienating visions that encourage reflections upon the relationship between historical and contemporary architecture, as well as the role that the latter will take on in creating the heritage of the future. It is interesting to note how these drawings - which clearly have a great deal of communicative power - are an essential tool for the architect to investigate ideas and visions regarding the relationship between contemporary and historical architecture. Themes taken to their extremes in these drawings, but addressed in the daily practice of projects such as the recent Three-Gable House in Anklam, completed in May 2020 by Tchoban Voss Architekten, founded by Sergei Tchoban and Ekkehard Voss. 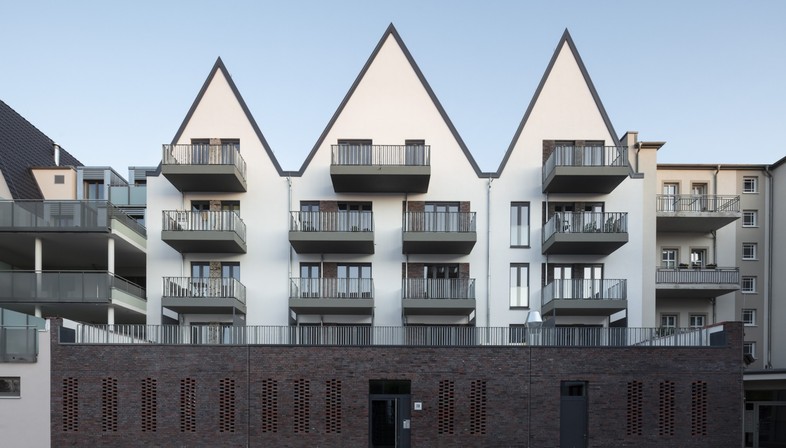 The team of designers, headed up by architects Ekkehard Voss and Frank Focke, has created a residential and commercial building in the historical centre of Anklam, a city in the German region of Mecklenburg-Western Pomerania, which proudly bears the title of “Hanseatic City”. The Hanseatic Cities were a league of cities in northern Europe, connected by the Baltic Sea, which played an important economic, political and cultural role from the late Middle Ages until the league’s dissolution in the 16th century. The silhouette of the “Three-Gable House” comprises three gables, differentiated by the colour of their bricks. The building echoes the scale of its context and the rhythm of the openings, but has a bold character. It is clearly a contemporary creation, but can, at the same time, be read as part of the urban landscape of this historic city. The “Three-Gable House” is a mixed-use building - commercial and residential - which is another factor that binds it to the tradition of the buildings in Anklam’s historical centre. Overall, the architects distributed 15 apartments of different sizes across the upper floors, in addition to two commercial premises on the ground floor. The apartments all have balconies or terraces at the rear, overlooking the garden, with floor-to-ceiling windows to maximise the beneficial effects of the incoming natural light. The commercial units have large windows and independent entrances on the street-facing side.
Brick, a typical element of the city’s urban landscape, has been used in its exposed form for the street-side façade and interpreted with a contemporary twist. The architects chose three different colours of brick to differentiate the three gables that make up the façade. The variation in colour, in combination with the slight protrusion of the gable of the central part and the varying heights of the three elements, confer a sense of dynamism and rhythm to the building as a whole. The central block bears a decorative pattern consisting of perforated bricks, counterbalancing the vertical windows and respecting the general texture of the façade with its modularity. 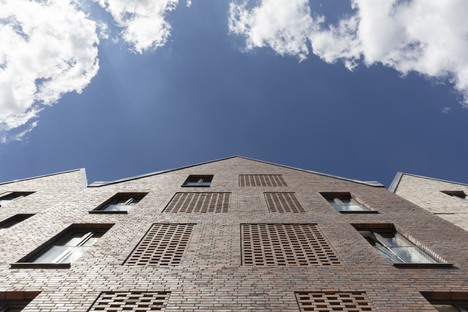 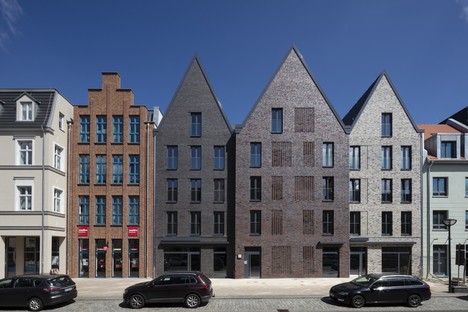 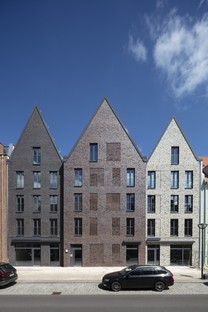 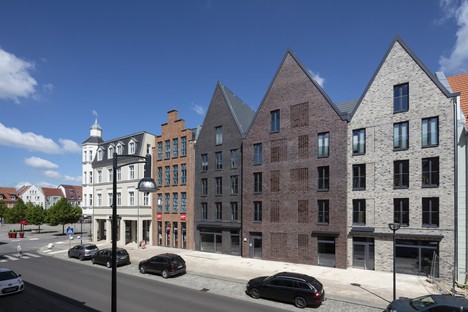 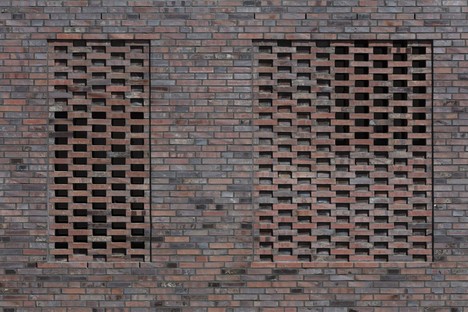 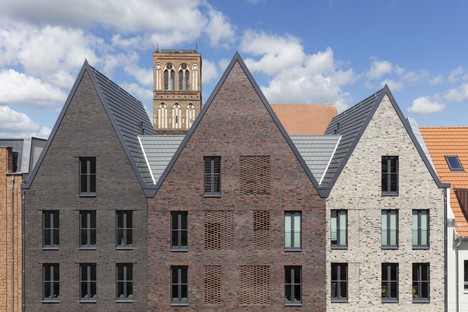 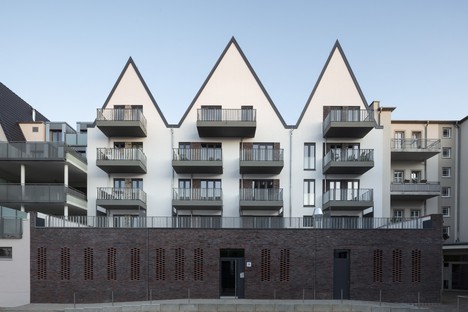 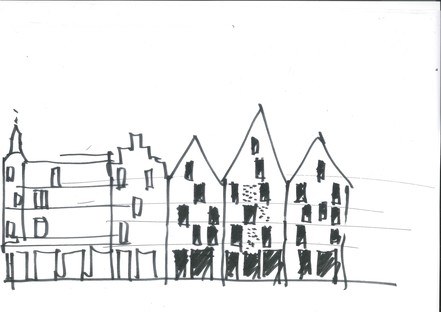