October 10 saw the inauguration of a major retrospective of the work of Japanese architect Tadao Ando at Centre Pompidou in Paris. The exhibition casts light on the principles underlying Ando’s architecture: simple volumes, bare concrete, and spaces modelled by light and water. 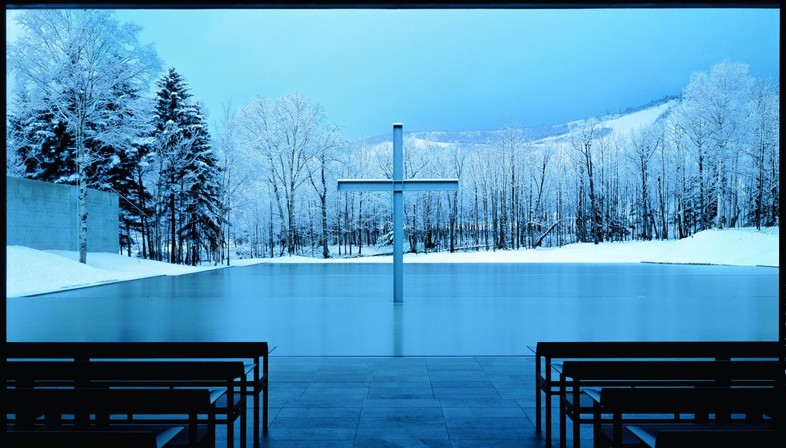 The Pompidou Centre in Paris, the arts and culture centre designed by Renzo Piano and Richard Rogers that was 40 years old in 2017, hosts a major retrospective of the work of Japanese architect Tadao Ando until December 31, 2018.
“Le Défi”, the challenge, is the title of the exhibition illustrating the Japanese architect’s fifty-year career, which has seen him complete more than 300 projects all over the world and win numerous international awards, including the Pritzker Prize, considered the Nobel Prize of architecture, which he won in 1995. 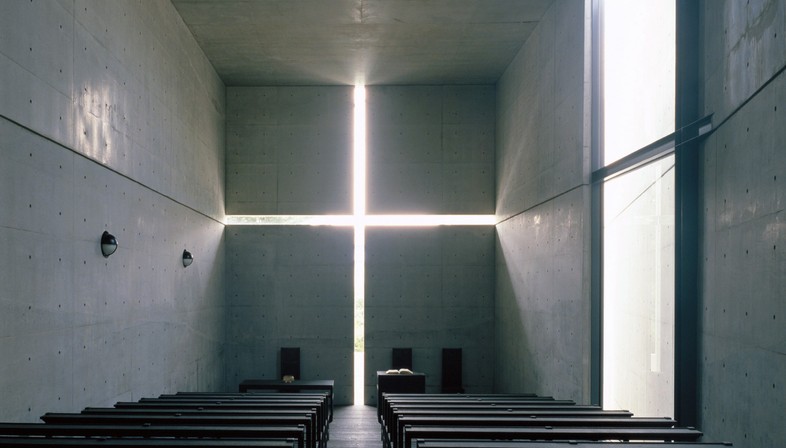 The challenge referred to in the exhibition title is one that has come up repeatedly in the course of Tadao Ando’s career.
Born in Osaka in 1941, the Japanese architect gave up a professional boxing career at the age of 24 to travel around the world. His trip became an initiation into the world of architecture. He founded his own architectural practice four years later, in 1969, and completed his first home, Guerilla House, in 1971. The building later became his studio, and the architect repeatedly transformed it, six times in all, to the extent that some critics consider it a “manifesto” of his architecture; Tadao Ando himself, however, liked to refer to it as “the challenge”. In the catalogue accompanying the Paris exhibition, the architect tells Frédéric Migayrou that until he built the Guerilla House, homes were not considered “architecture” in Japan. It seemed impossible to practice architecture in small buildings, but Tadao Ando realised that architecture was not only about public buildings. Hence the architect’s study of “how to produce architecture” that would make an impression on the human soul for all eternity. 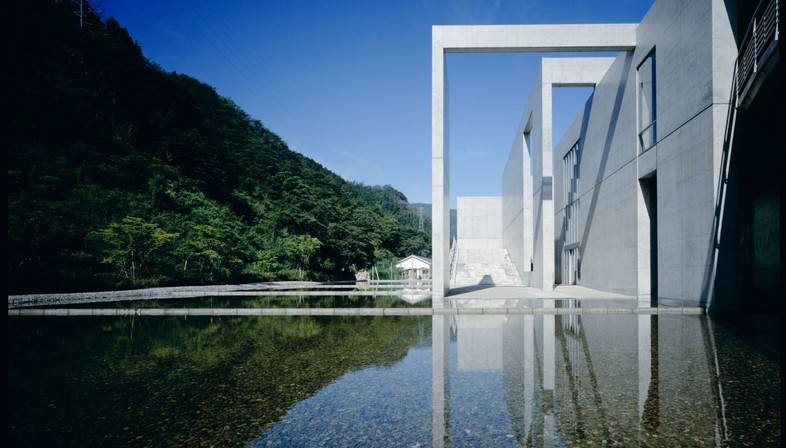 The exhibition covers a number of different periods in the architect’s career, revealed through works considered fundamental, such as the 1976 Azuma House in Sumyoshi, various projects for Naoshima since 1987, the 1989 Church of Light and works still under construction today, such as the Paris Bourse de Commerce project due to be completed in the autumn of 2019.
The 50 works selected for the exhibition, among Tadao Ando’s most important projects, are represented by 180 drawings and 70 original models, as well as the architect’s travel notebooks, sketches and photographs, exhibited here for the first time in Europe.
The exhibition is divided into sections tracing the architect’s architectural and artistic evolution: the primitive form of space, the urban challenge, the genesis of landscape, dialogue with history. To this is added a fifth section, the heart of the exhibition, consisting of a large-scale installation designed by the architect’s own studio entitled Naoshima, representing the architect’s dialogue with the natural landscapes of Naoshima, a small Japanese island inhabited by fishermen for which Tadao Ando has designed numerous buildings, profoundly altering the topography of the site since 1987. 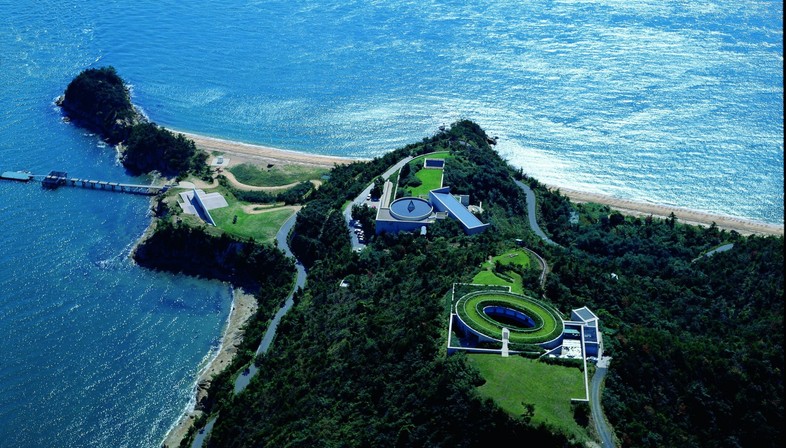 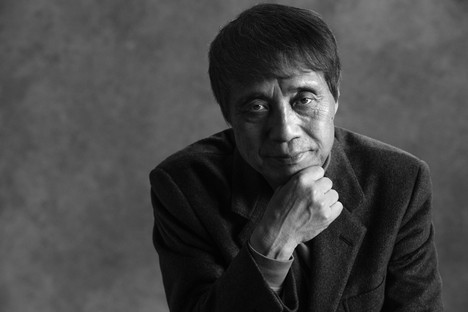 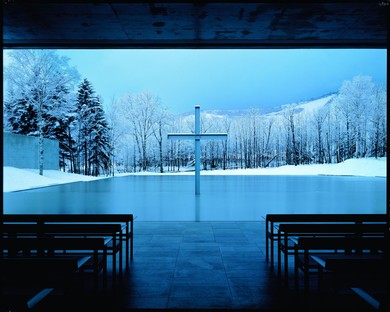 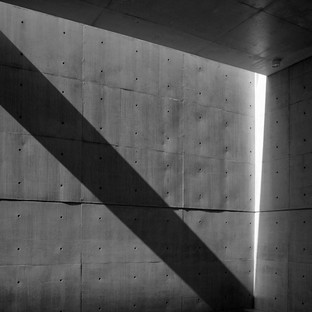 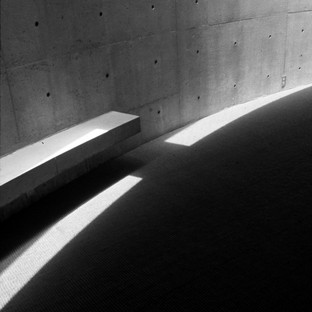 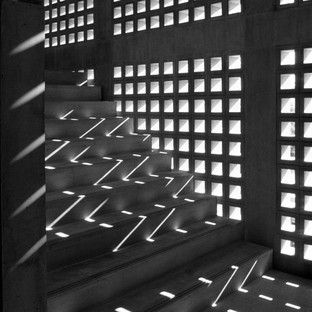 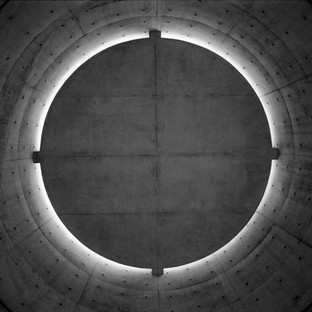 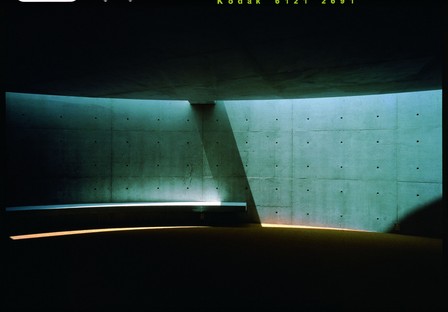 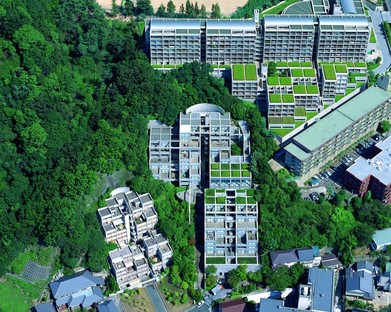 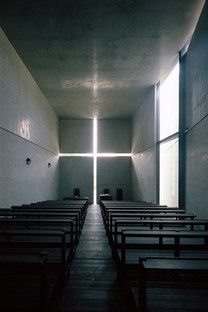 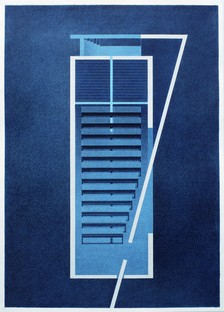 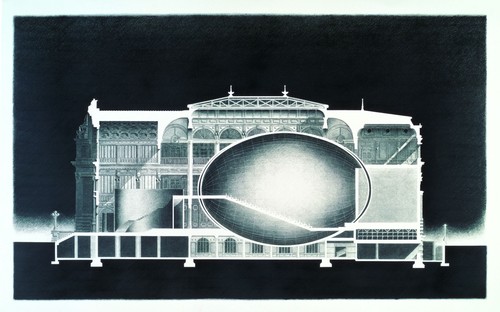 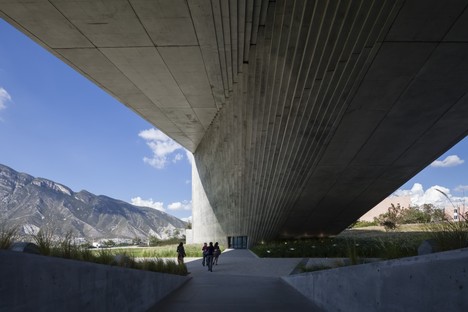 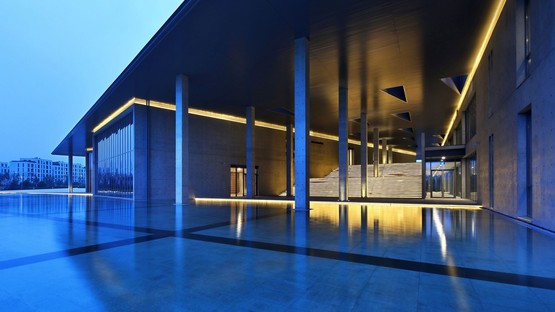 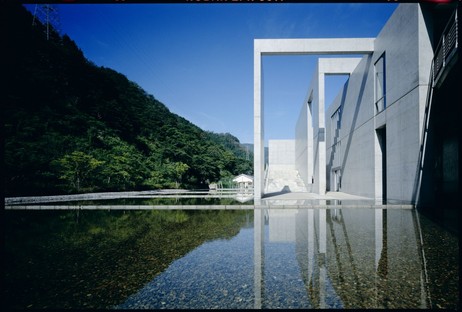 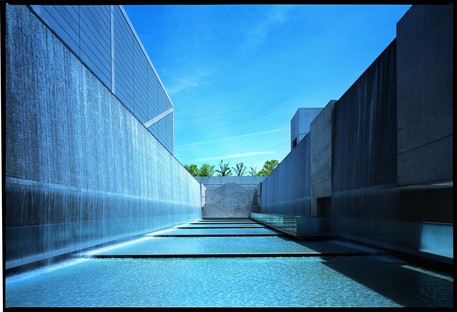 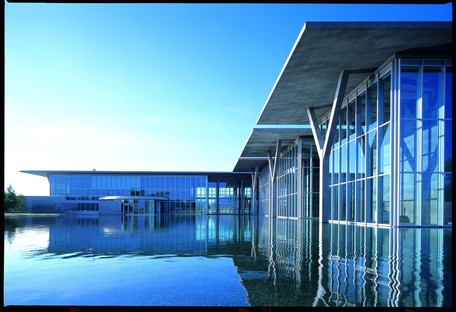 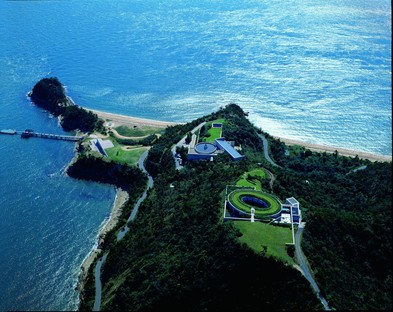 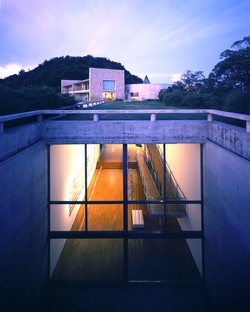 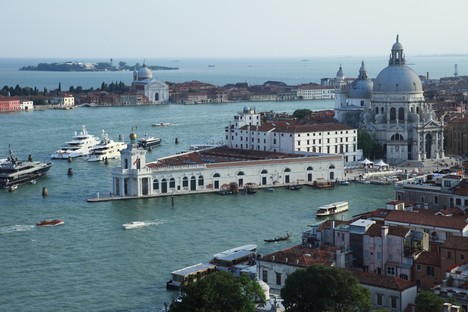 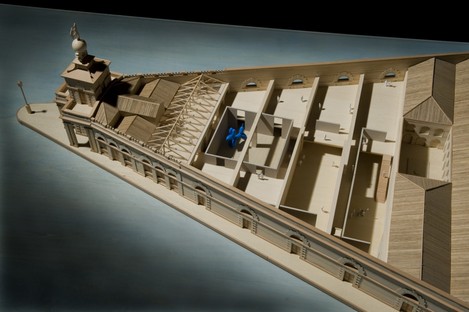 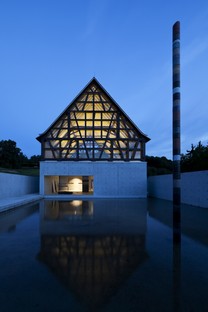