Mexican architects TACO (Taller de Arquitectura COntextual) were appointed to redesign a home built in the '40s which has since seen changes in the functions of the spaces included in it, evolving along with the owners and their family. 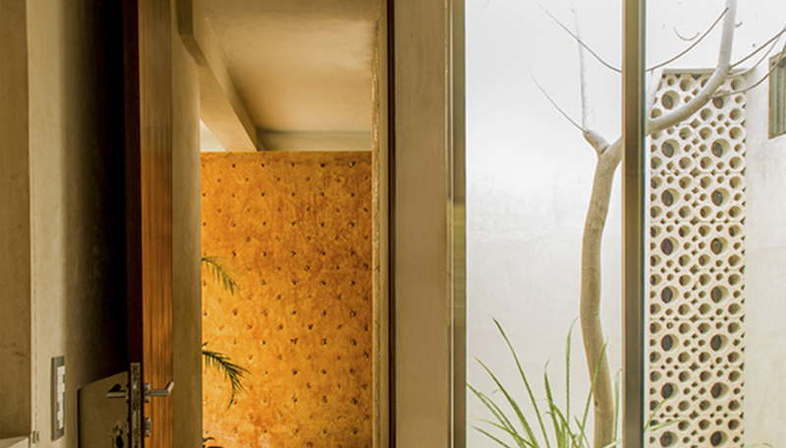 Pabellón 3E is the product of an architectural project for renovation of a home in Merida, on the Yucatan peninsula in Mexico. TACO –Taller de Arquitectura Contextual– was asked to redesign the interior of the buildings making up the home, especially a pavilion which the owner purchased from a neighbour in the '40s to make room for a growing family.
Over the years, as the children have grown up and started families of their own, the rooms created in the pavilion have been emptied out, and, in view of the owners' age, the final decision as to redesign the space to create the conditions for inexpensive living.

All primary functions have been moved to the ground floor, so that the elderly couple need not take the stairs. The reorganisation of space includes a bedroom, a bathroom, two walk-in closets, an office with a separate entrance and a patio which can be used as a place for socialisation, with a kitchen and a bar. An inner garden has been created to form the new centre of gravity of the structure, serving as the pivotal point for circulation among spaces.

Despite the changes that have been made over the years, the style of the home is still exquisitely Mexican in the choice of colours, materials and forms. The walls of the building are made primarily of white cement. The openwork parts permit circulation of air, making heating and cooling systems superfluous. On the inside, the white walls are interrupted here and there by warm colours, giving the home a cosy, hospitable feel. 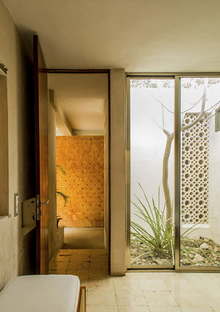 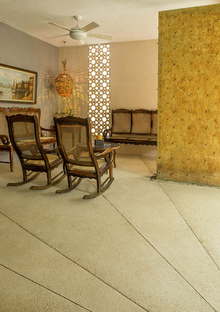 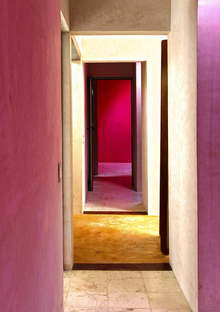 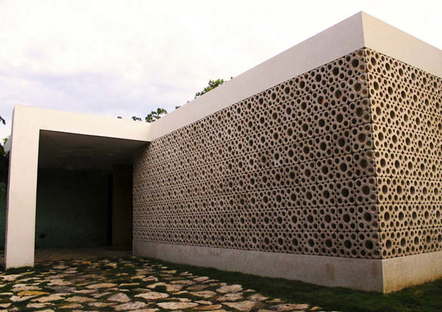