The project by the Danish firm COBE won the international design competition for the construction of the new Science Museum in the Swedish university city of Lund. The museum is expected to be completed in 2024. With its wooden structure and zero C02 emission target, the building is expected to become an icon of sustainability at an international level. 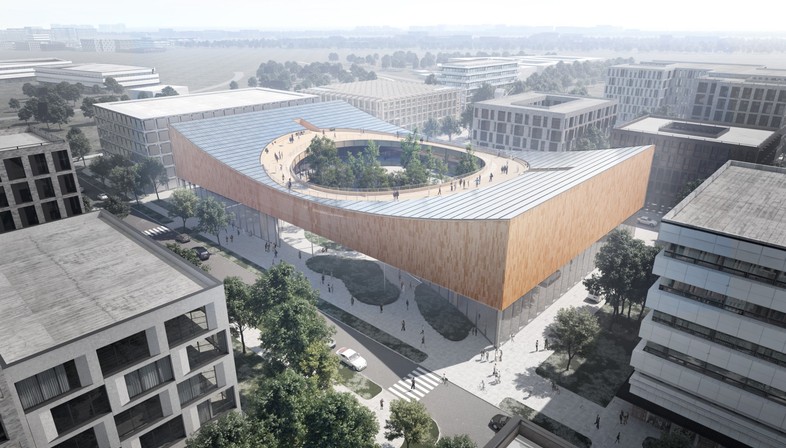 Almedalen Week, which takes place on the island of Gotland in Sweden on the 27th week of the year, is an event attended by major representatives of Swedish politics, organisations and other target groups to discuss political and social issues. The event was originally launched in 1968 on an occasional basis and has since been consolidating over time. The Almedalen Week provided a special occasion for presenting the new scientific museum project, the Science Centre, which will complete the range of services offered by the Science Village Scandinavia located in the university town of Lund. The project was designed by COBE, the architectural firm founded in 2006 by architect Dan Stubbergaard, creator of important and iconic projects including Ragnarock, the museum of pop, rock and youth culture in Roskilde, Denmark, designed in collaboration with MVRDV. 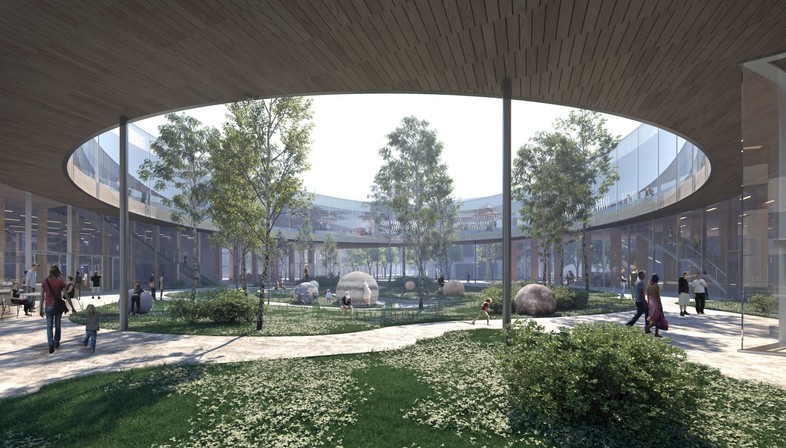 Lund is a university town in southern Sweden, where past and future meet. A town with a rich ancient history, Lund dates back to the 10th century, as well as being an important and massive international research centre with a new urban district, the so-called Science Village Scandinavia, built based on a masterplan designed by COBE. The headquarters of important high-tech institutions are under construction in the new district, such as the European Spallation Source (ESS) (also based on a project designed by COBE) and MAX IV. Two bodies focused on advanced research on neutrons and X-rays applied to a wide range of sectors including medicine, space research, plastic, energy, engines, transport, information technology, telecommunications and biotechnology.
The new two-story museum will be built right between the ESS and MAX IV buildings, covering a 3,500 square metre area. It will house exhibition halls, a gallery, laboratories, shops, a restaurant, an auditorium, offices, reception areas and related service areas. In this context, the museum will play a crucial role for those unfamiliar with these fields and will help consolidate Lund’s national and international role as a prestigious cultural and research centre. Through events, conferences, temporary and permanent exhibitions the museum will play an important role in promoting to the general public, including children, interest in the discoveries and achievements made in the field of natural sciences and in the extensive research carried out at the ESS, at the MAX IV and at the University of Lund. 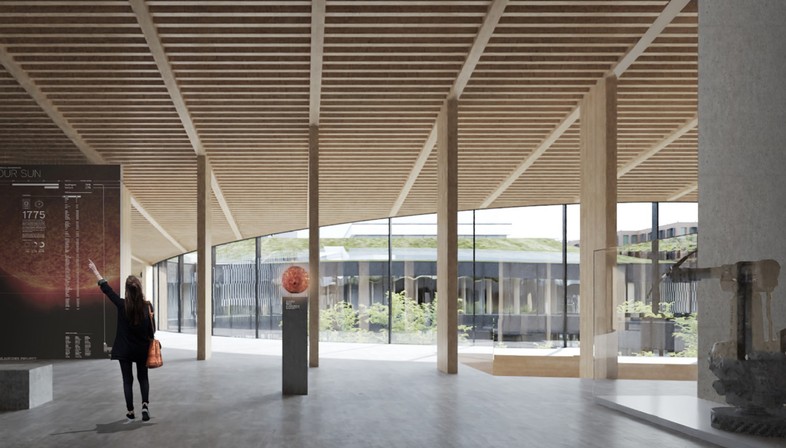 Sustainability and solutions that respect the environment, zero carbon emissions and high energy efficiency. These are the fundamental principles the architects followed while designing the project and that convinced them to use wood as the main construction material. The building architecture will contribute to promoting natural sciences and research, while also focusing on engaging and playful aspects. The roof of the museum, for instance, is expected to be a concave 1,600-square-metre surface covered with solar panels, a large solar energy park but also a viewing platform with attractions for the public. The roof will also feature energy bikes that visitors can use to generate electricity through pedal power. In the large round atrium located on the ground floor, a green path will connect the museum to two nearby parks. Different plants, flowers and trees will be selected and planted in order to attract insects, stimulate biodiversity and help with the absorption of carbon dioxide. 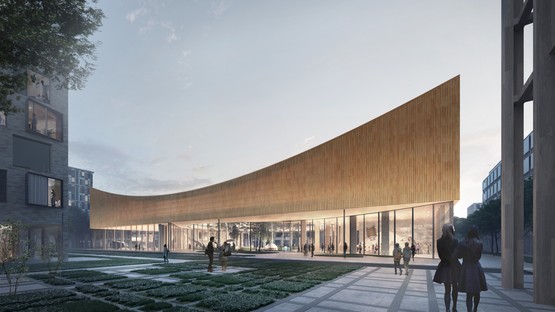 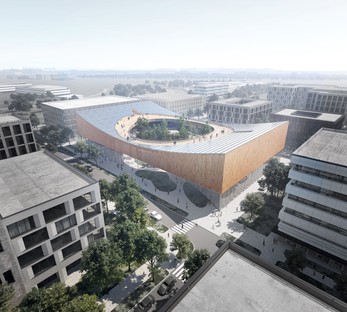 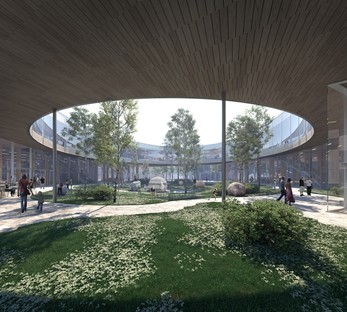 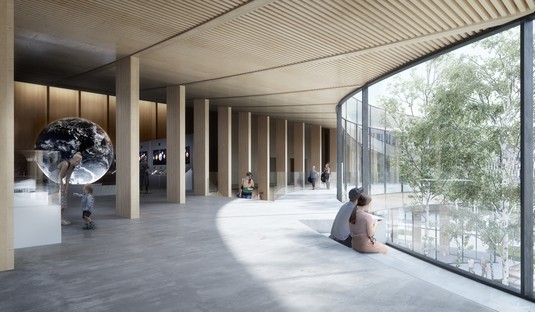 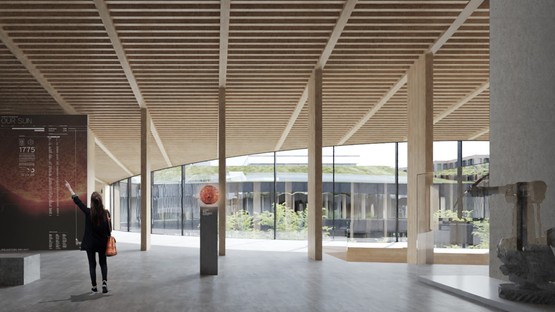