"Tre de tutto" is a trendy new restaurant designed by architects Tommaso Amato, Matteo Soddu and Valentina Paiola of STUDIOTAMAT in Rome’s Garbatella district. The architects worked on the premises of a historic local bakery in a piazza immortalised in a scene in Nanni Moretti’s film "Caro Diario" (“Dear Diary”). The architects use a few carefully chosen key elements to create a trendy restaurant that does not deny but celebrates its ties with Roman traditions and with the neighbourhood. 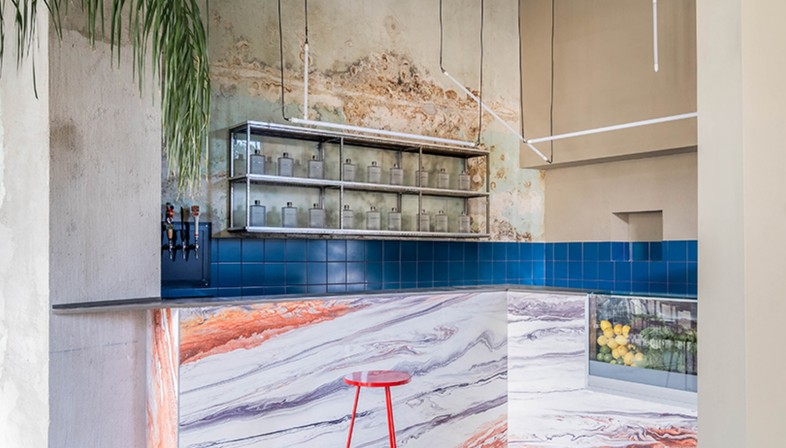 "Quanto è bella Garbatella" – How beautiful Garbatella is! says the neon slogan inviting customers into "Tre de tutto", a new restaurant that STUDIOTAMAT, the studio founded by architects Tommaso Amato, Matteo Soddu and Valentina Paiola, designed in Rome’s Garbatella district for proprietors Mirko Tommasi and Daniele Notte. The interior design project transformed a historic local bakery into a trendy new restaurant serving traditional Roman cuisine with a twist, in a well-calibrated combination of working-class spirit and refined detail.
With three full-height custom-designed arched windows, "Tre de tutto" overlooks a square in typical Roman Barocchetto style, a neo-Baroque style of the 1920s abundantly embellished with details and mouldings made of modest materials. Places like the arch next to the restaurant, which is immortalised in a scene from Nanni Moretti’s film "Caro Diario" (Dear Diary), evoke Rome’s “pop” identity, which the new restaurant celebrates, even down to the name “ Tre de tutto”, meaning “Three of everything”.
According to architect Matteo Soddu, the setting of the new restaurant played an important role in inspiring its interior design: “ Owners Mirko Tommasi and Daniele Notte propose revisited classics of Roman cuisine, taking inspiration from one of the most authentic neighbourhoods in Rome, in the same way that our goal from the beginning was not to distort the pre-existing space, but to enhance it and at the same time, bond with its clientele. So, we left the rough walls, with the original layers of plaster, to dialogue with the contemporary design of the architectural elements that characterise the space, from the clean-cut counter that dominates the bar, to the exquisitely pop staircase of the restaurant”.
The restaurant is arranged on two levels: a triangular ground floor where breakfast and aperitifs are served, in which the space is divided by a large central cruciform pillar, and a lower level containing the restaurant’s two dining rooms, the kitchen, service areas and storage space. The two levels are linked by a salmon-coloured staircase/tunnel with portholes, while the restaurant has an independent entrance directly from the street via a single ramp of bright yellow iron stairs. The dynamic colour palette chosen with colour consultant Sabina Guidotti and a number of carefully chosen elements of design form the "ingredients" used by the architects to characterise the spaces and give them a welcoming feel. On the ground floor, for example, the space is dominated by the presence of a giant bar counter covered by only two huge slabs of Purple Liquid Cosmo from the Liquid collection by Diesel Living with Iris Ceramica. 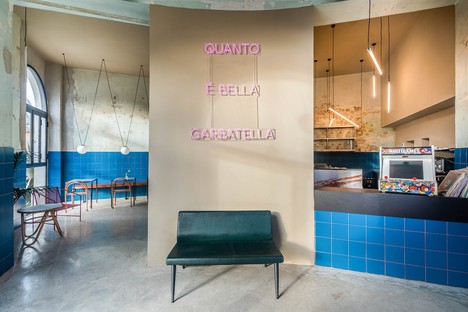 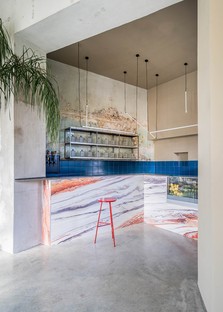 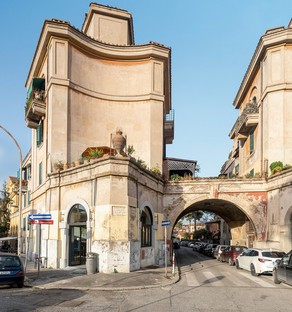 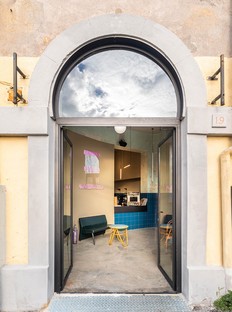 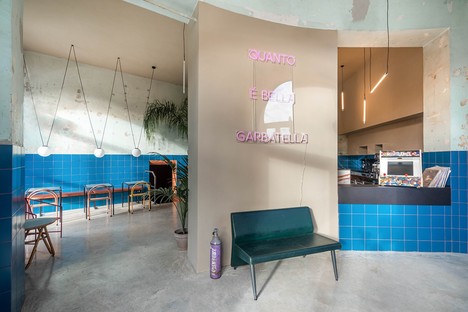 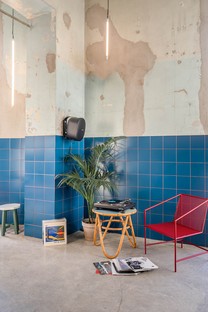 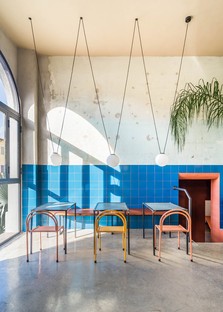 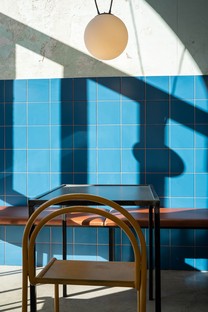 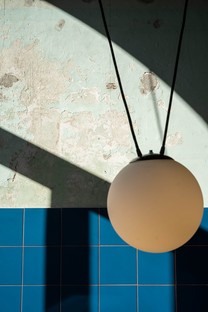 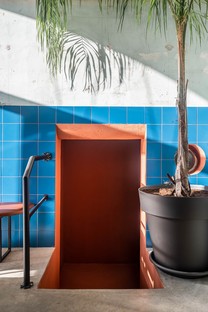 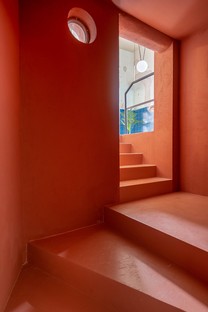 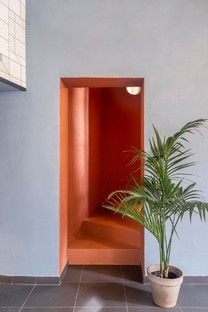 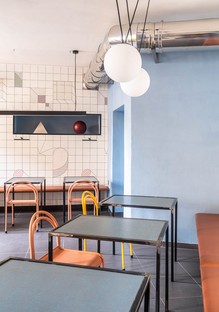 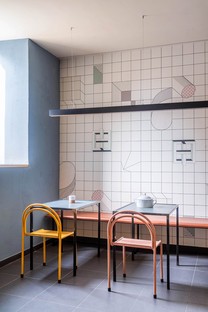 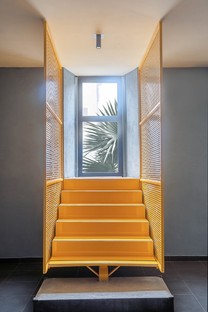 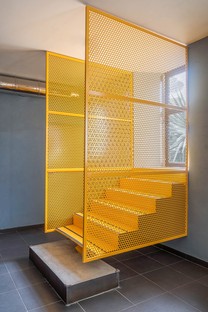