The renovation project of the post office in Manama, Bahrain, carried out by Studio Anne Holtrop, has given new life to one of the oldest public buildings in the Kingdom. The architects restored the original volumes, freeing the structure from the many accumulated additions over time, and designed a new wing to expand the available space. The project is one of the finalists of the 2022 edition of the Aga Khan Award for Architecture. 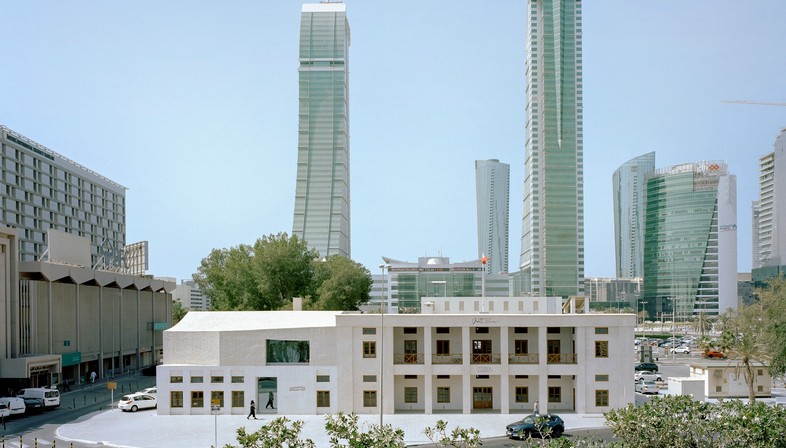 Studio Anne Holtrop has completed the renovation project of one of the oldest public buildings in Bahrain: the Manama Post Office, or the former Customs Palace, as it previously served as the Customs House for the city's port.
The architects gave new life to the building originally constructed in 1937, restoring the original volumes and eliminating the many accumulated additions made starting from the 1980s. During that time the entire area had been the subject of an important building development effort and the Customs House had assumed the role of central post office in the Capital. The historic building, in fact, underwent heavy transformation that left it unrecognisable compared to the past. In particular, this concerned the construction of a new façade with a concrete and steel portico. Since 2014, the Bahraini authorities have begun intensive restoration work to recover the building's original historic structure.
It is in this context that the project conceived by studio Anne Holtrop fits in. The architects designed not only the recovery of the historic building, but also the construction of a new concrete wing, respectful of the pre-existing architecture and of its important past. In line with the main building, the new extension was built with 80 cm thick walls in white concrete cast and hammered by hand. Inside, it houses 4,400 mailboxes and mail sorting facilities. The building has therefore recovered its function as a post office, while additional spaces have been created for exhibiting documents and materials on the history of Bahrain and housing the library of the ancient office. The works were completed in 2019 and the project was selected among the finalists of the 2022 edition of the Aga Khan Award for Architecture. In particular, the jury very much appreciated how the architects' intervention restored value to the historic building, as well as how the project highlighted the importance and public role that it can still play. 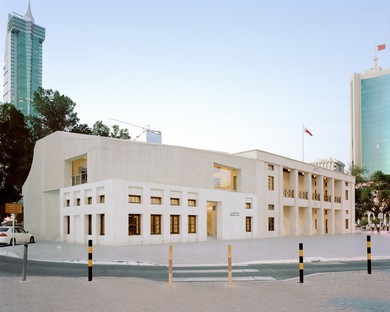 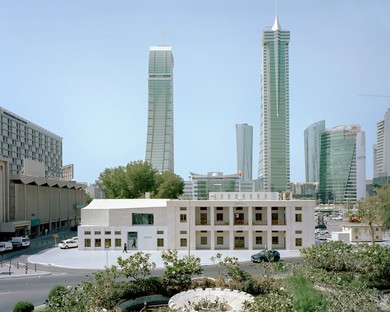 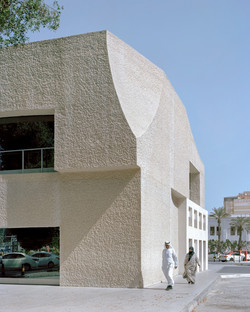 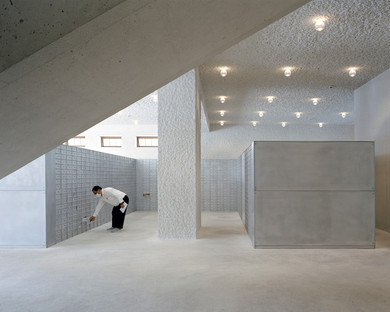 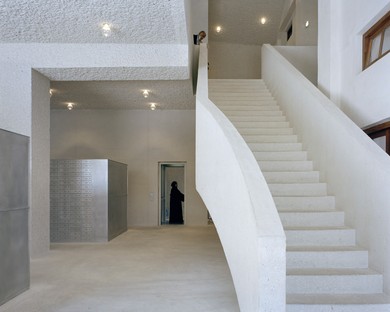 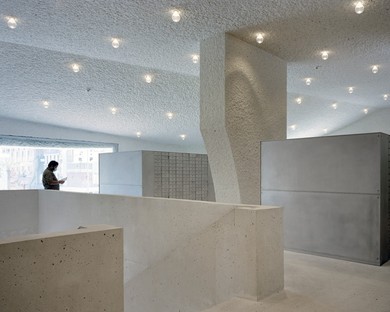 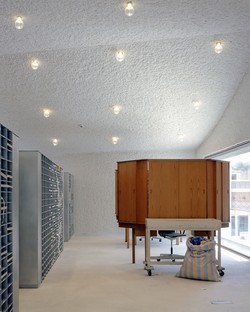 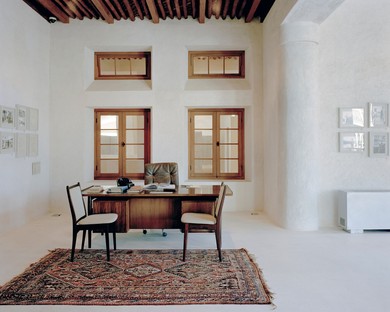 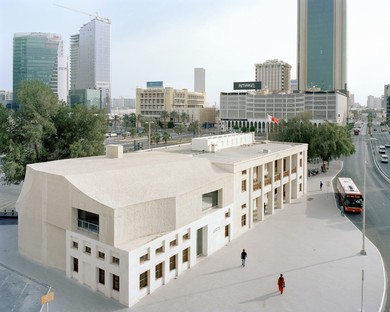 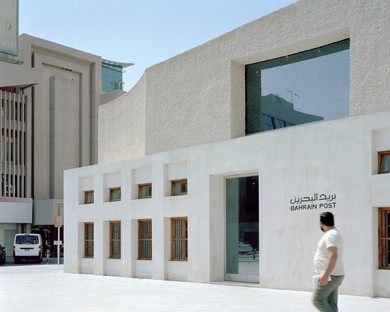 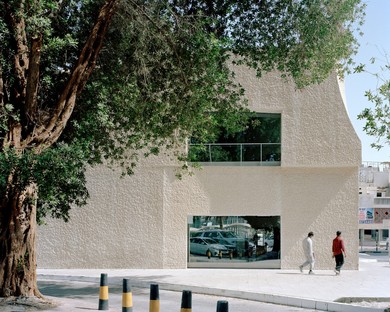 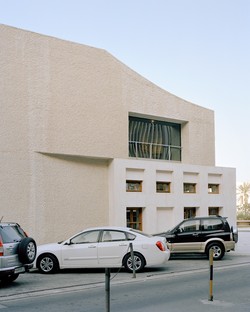 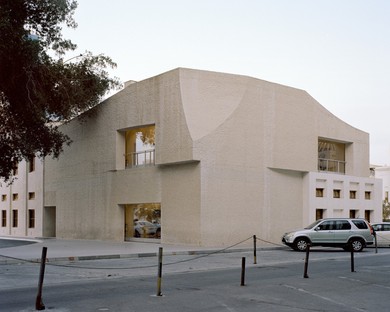 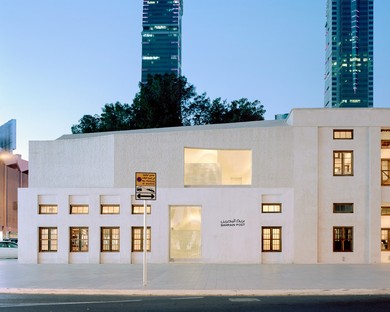 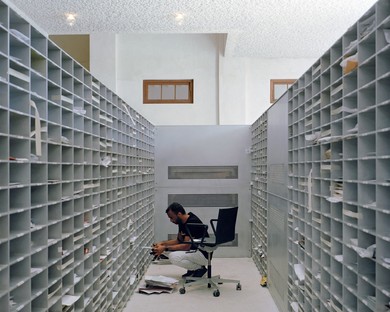 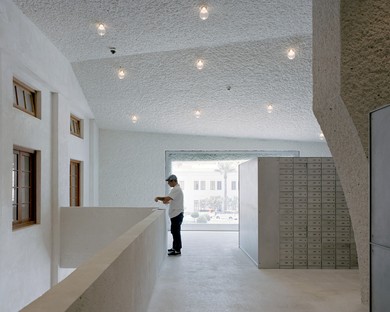 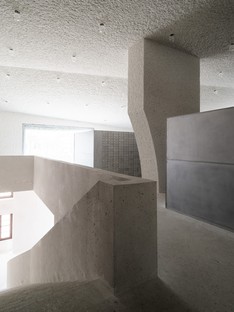 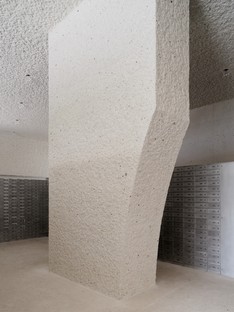 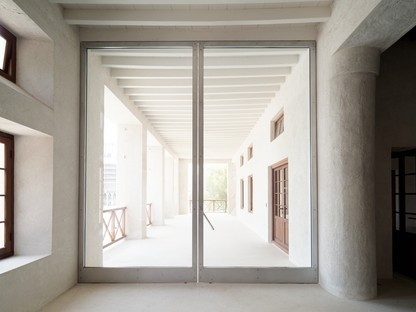