The new exhibition in the Italia per Interni series inaugurates the 2017 calendar of events at SpazioFMGperl'Architettura, the gallery and showroom operated by the Iris Ceramica and FMG, Fabbrica Marmi e Graniti brands. 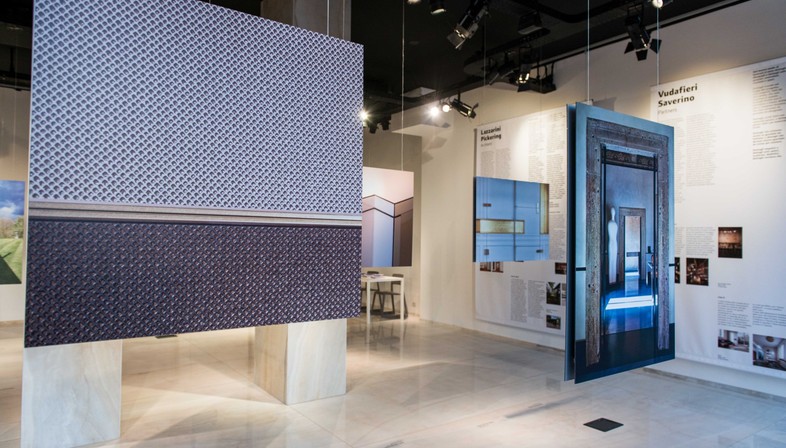 SpazioFMGperl'Architettura continues the Italia per Interni series. The Iris Ceramica and FMG Fabbrica Marmi e Graniti gallery and showroom hosted the opening of the exhibition Lazzarini Pickering | Vudafieri Saverino. IN DETTAGLIO”, the fourth event in the series, on March 2. 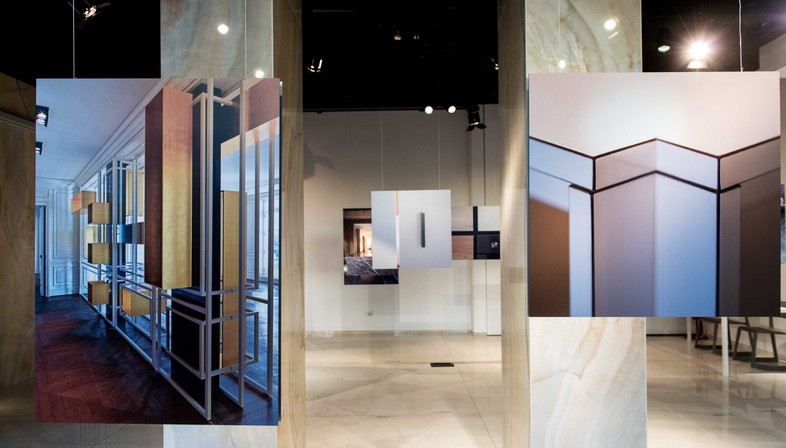 The gallery presented a new face to the public, a transformation which is not yet entirely complete and which will see it introduce a new configuration better representing its dual spirit as an exhibition space and company showroom in time for Fuorisalone 2017. Now that the big exhibition table covered with books for the Controcampo exhibition has been removed, visitors found themselves in a vast open space where blown-up photographs hanging from the ceiling suggest ever-different routes for viewing the exhibition.

The images are details of six selected interiors designed by Lazzarini Pickering Architetti and Vudafieri-Saverino Partners, the studios featured in the show, who were asked to present their “manifesto” of interior design, a brief text clarifying the guidelines behind their design choices, printed just as large as the blown-up photos and exhibited in the gallery.

Dates: March 3 through 24, 2017
Thursday-Friday 16:00 – 19:30 with guided tour by floornature.com editors
To make an appointment for a tour at another time (groups of at least 5): Paolo Schianchi paolo@floornature.com 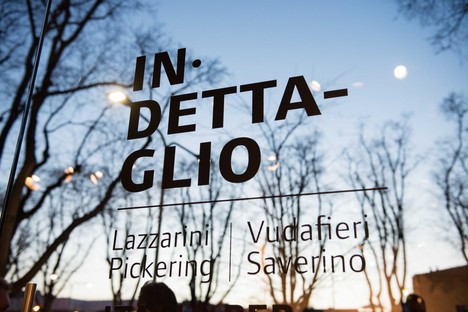 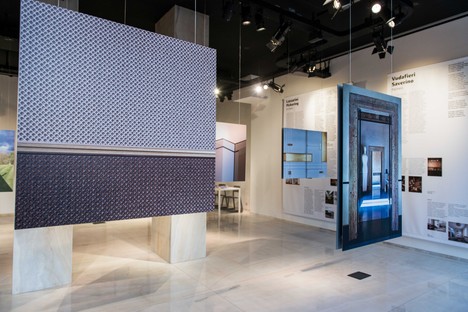 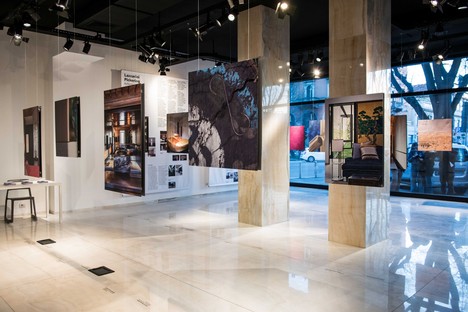 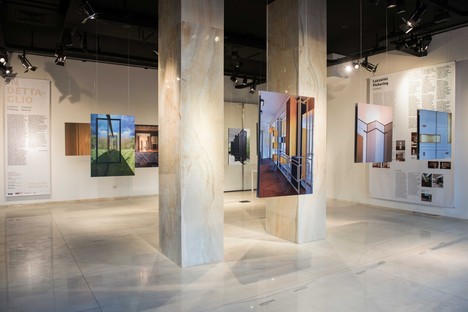 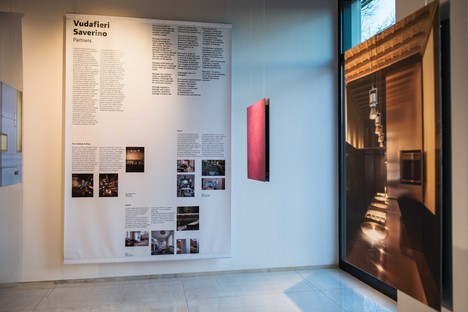 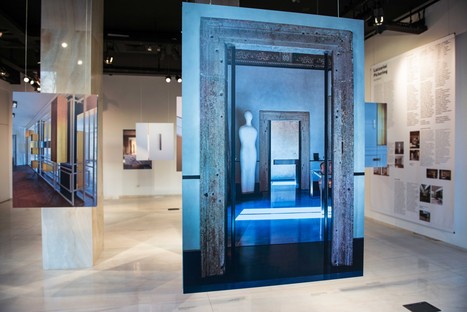 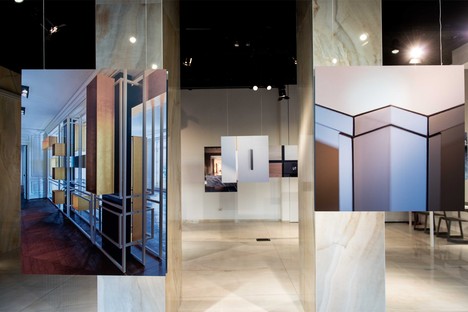 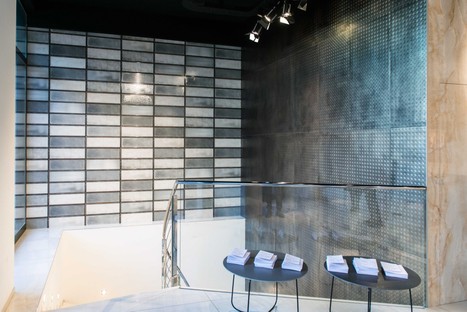 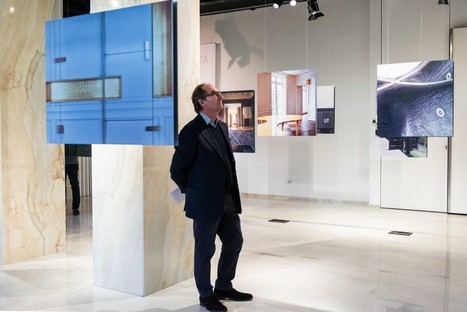 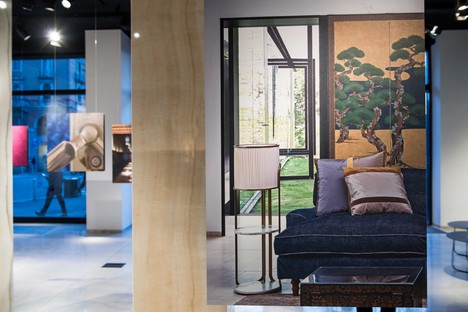 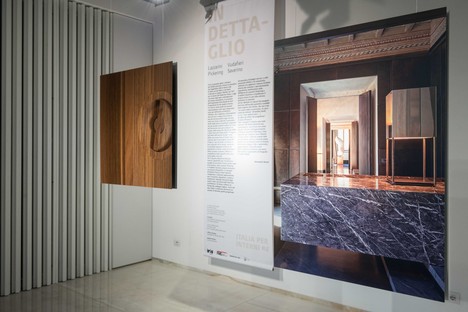 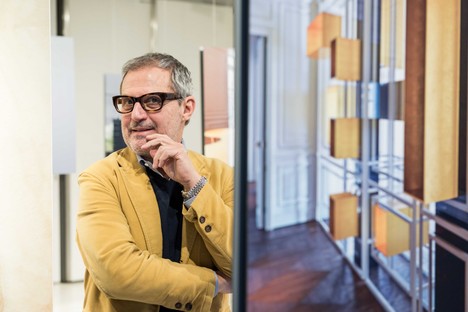 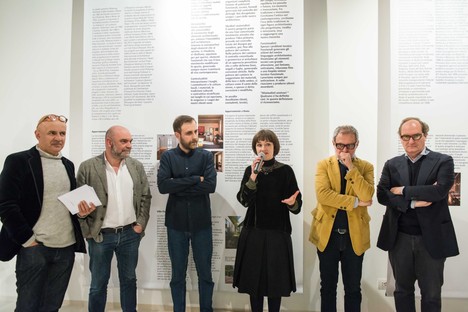 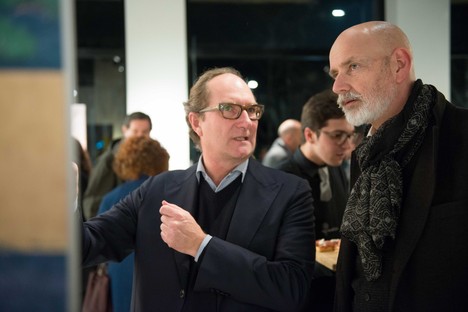 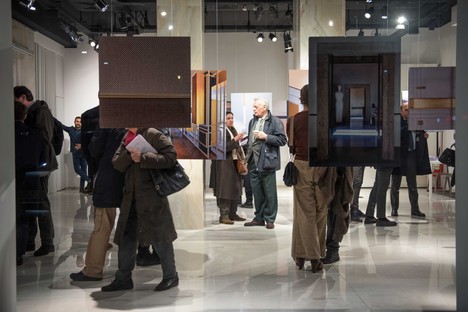