Eduardo Souto de Moura has designed a school of hotel management in Portalegre, as unostentatious as any of his buildings, located in the former Robinson industrial complex. The project draws on the Portuguese architectural heritage and presents it in a contemporary form suggesting a new definition of the landscape. 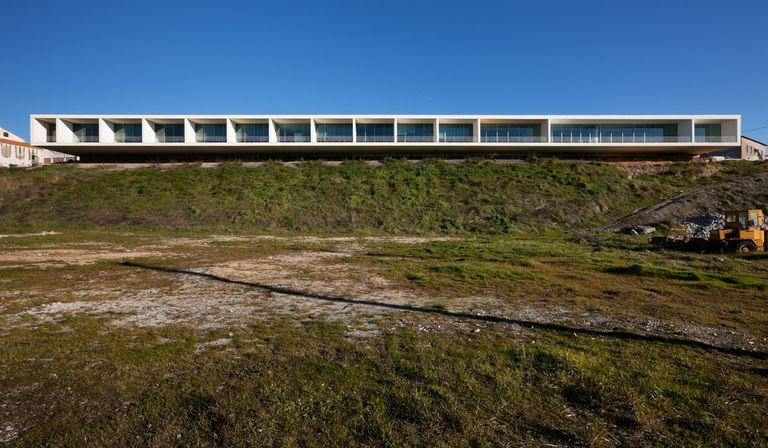 We might describe Portuguese architect Eduardo Souto de Moura?s project as an “antilandmark”, a horizontal volume resting on the hill which is home to the former Robinson complex, now the focus of a plan for conversion into a public project dedicated to culture and education.
The school project reflects a contemporary version of the stylemes of the Portuguese home, which Souto de Moura has studied in an attempt to combine the traditions of the past with today?s idioms and imagery. A single level, white plaster and a horizontal orientation: taken to extremes and redrawn with the architect?s pencil, these features of traditional Portuguese style become elements familiar not only to the local people but to anyone observing the project in its context. Perhaps this is why, though not invasive or standing out in their surroundings, Souto de Moura?s buildings are so memorable and so much loved, and have an impact on the order of the place where they stand. They are “antilandmarks” because they go beyond the facile qualities of a landmark, not towering over the landscape or imposing themselves on it with monumental qualities but preferring to fit into their surroundings and work within them, influencing and orienting them.
The new school of hotel management is the first step in a plan for redevelopment of the entire area, once the home of the Robinson cork production plant, one of the world?s best, the pride of the whole district. The abandoned buildings were unused until a few years ago, and now house Fundação Robinson, established to celebrate a company which dates back to 1848 and not only brought work to the area but stood out for its enlightened policy in the area of working conditions. The first project in the industrial area, which is to be restored and converted into a cultural district in memory of the local industrial tradition, is the school of hotel management, which reflects Souto de Moura?s favourite themes such as rational layout of the ground floor, where all the principal activities take place, the choice of regular geometric shapes which fit together to simplify internal layout, the position of key spaces in relation to glass walls running the full height of the building to let in daylight, and shelter from the outside world where required, as on the northern wall, facing onto the street.


Almost as if it were a signature on Souto de Moura?s unsigned project, the architect rests the compact volume against the slope of the land, with the building?s face, that is, the glass wall on the classrooms, toward the hill, as in his home in Cascais or two homes in Quinta de Anquião. 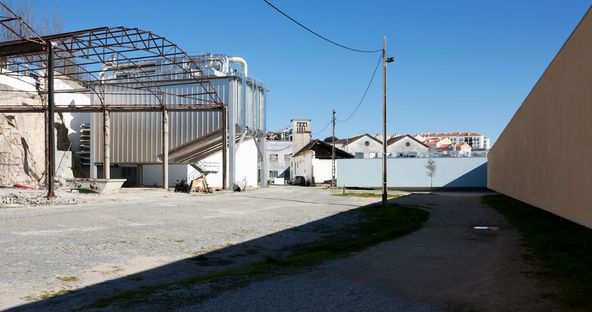 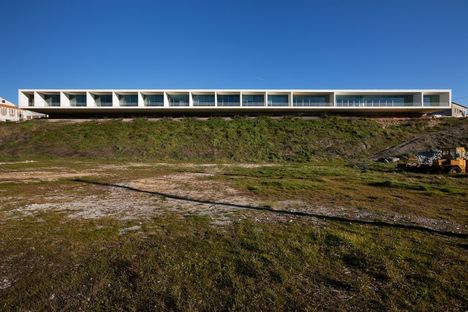 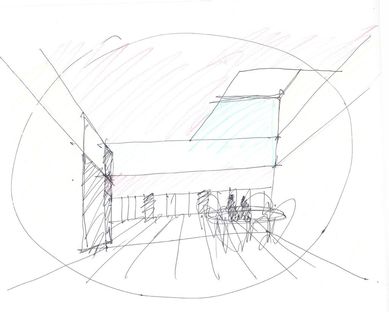 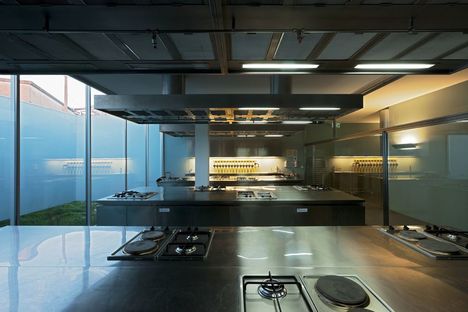 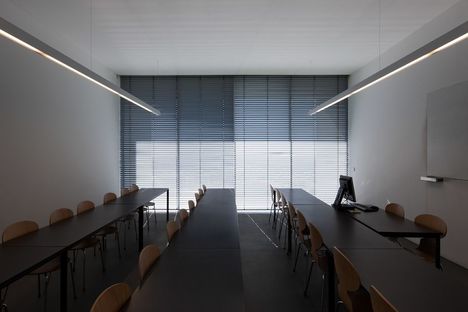 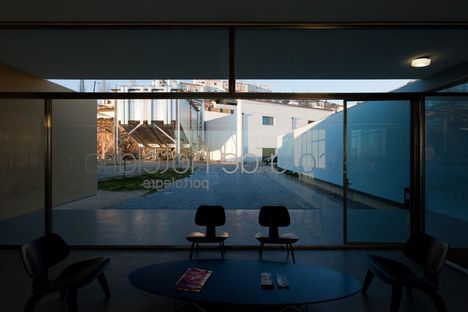 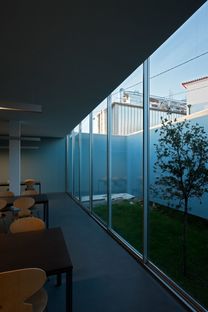 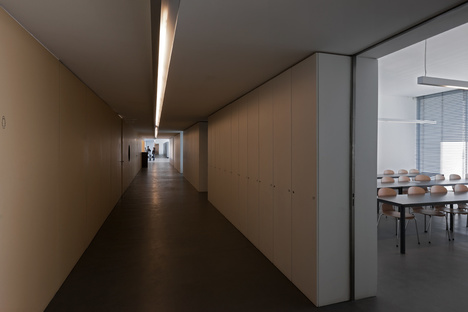 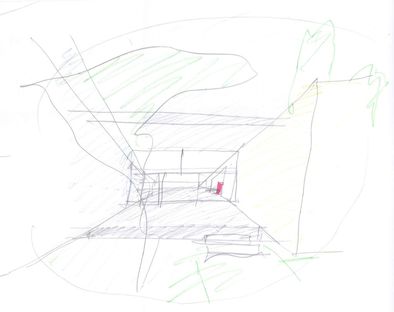 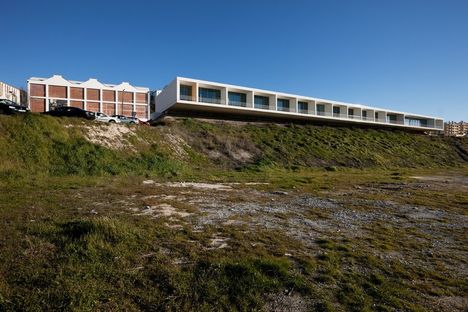 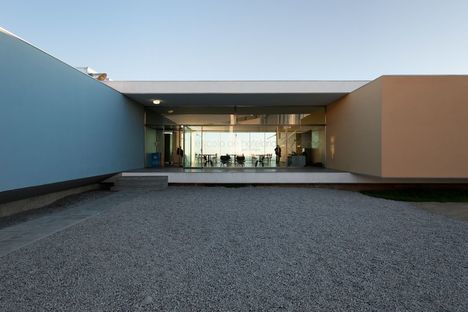 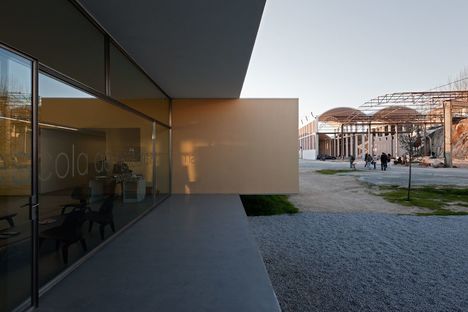 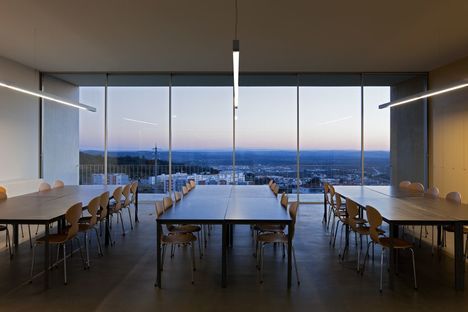