Sol LeWitt Between the Lines and architecture exhibition

An exhibition curated by Francesco Stocchi and Rem Koolhaas at Fondazione Carriero explores the relationship of the American artist Sol LeWitt’s work and architecture. 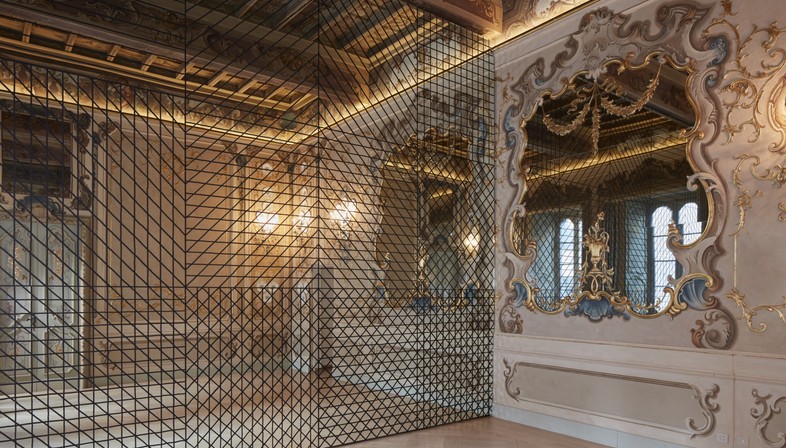 Ten years after the death of Sol LeWitt, Fondazione Carriero presents the exhibition Sol LeWitt Between the Lines, in which a three-way conversation between the artworks, the architect and the curator offers a new point of view on the American artist’s work. Curator Francesco Stocchi worked in partnership with architect Rem Koolhaas, curating his first art exhibition. The retrospective looks back over the artist’s entire career, presenting a large body of work ranging from the seven famous Wall Drawings to sculptures such as Complex Form and Inverted Spiraling Tower and the Autobiography photo series. In addition to the principles underlying the US artist’s way of thinking, the exhibition project explores the boundaries of his work and investigates the relationship between Sol LeWitt’s work and architecture on the basis of the features of the exhibition site. Between the Lines offers visitors an innovative key to interpretation, reformulating the idea that the artwork must adapt to the building, to the extent of subverting the concept of site-specific art. 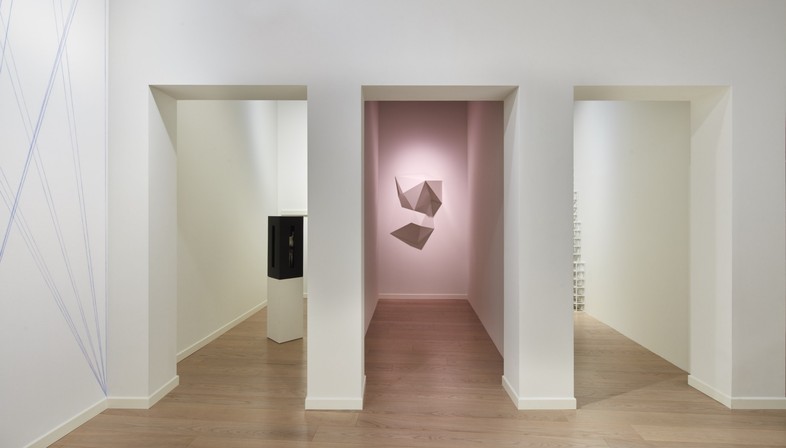 According to the curator, the exhibition’s ambitious, innovative goal is to “go beyond the fracture traditionally separating architecture from art history”. The vicinity of the figures of artist and architect is revealed, starting with the text “Paragraphs on Conceptual Art”, published by LeWitt in 1967 in “Artforum” magazine and now considered a key to understanding conceptual art. In the text LeWitt defines the primacy of idea over execution: an object or work of art is less significant than the concept and the process that originated it. What is immediate is therefore the similarity with the work of the architect, who draws up the plans for a project which is then built by others. The focus on method and rules rather than on the result itself makes LeWitt’s works immortal, because they can be renewed over and over again. They are not “simple” sculptures or paintings, but “Structures, forms in space, halfway between the two-dimensional and the three-dimensional”. Works which are not designed for the place where they are made, but are permeated with this space and, as in the case of a work of architecture, remodel it. 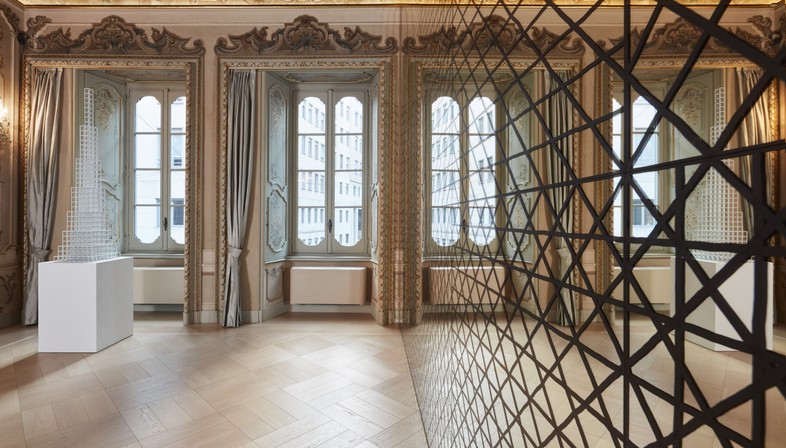 The location entrusted with setting up a three-way dialogue between the artwork, the architect and the curator is the seat of Fondazione Carriero: a location with a number of interesting particular features differentiating it from the classic vision of the “space for art” and adding value for exploring the changes and tensions in LeWitt’s work to the full. The Fondazione Carriero is in fact housed on three floors of different sizes in two buildings, the fifteenth-century Casa Parravicini and an elegant 17th century building in Rococo style, Palazzo Visconti di Modrone: two separate but adjacent entities. Casa Parravicini is one of the few privately owned buildings in Milan dating back to the fifteenth century, a Gothic residence made entirely of brick; the interiors were adapted in 1991 by Gae Aulenti. The seven exhibition rooms are arranged on three floors, including the big hall that takes up the entire top floor and extends into Palazzo Visconti. There is a sharp contrast between the simple, minimalist spaces of the first building, with the unique touch added by the original fifteenth-century coffered ceiling, and those of the top floor, where the frescoes imitate seventeenth-century decorations according to the fashion of the late nineteenth century. Sol LeWitt’s work therefore acts as an adhesive in some of the rooms, holding together the building that contains it. 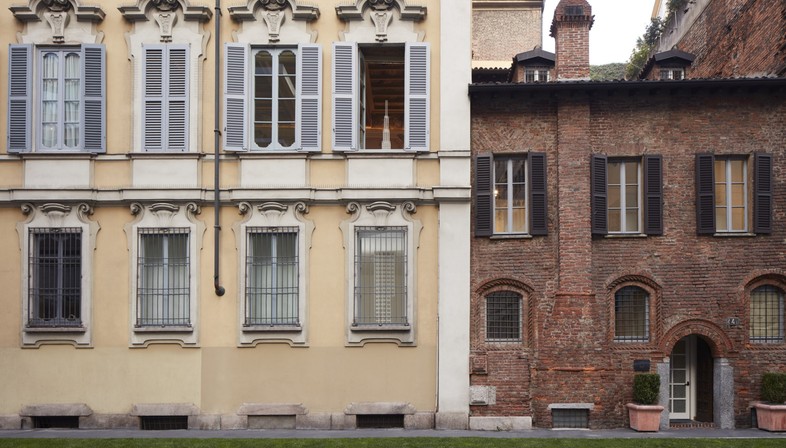 The exhibition was made possible by the support of the Estate of Sol LeWitt and loans from international public institutions such as the Whitney Museum of American Art in New York and private collections such as the Panza collection. The catalogue accompanying the exhibition is published by Fondazione Carriero, containing images of the works in the context of the Milan exhibition with contributions by Francesco Stocchi, Rem Koolhaas, Adachiara Zevi and Sofia LeWitt. 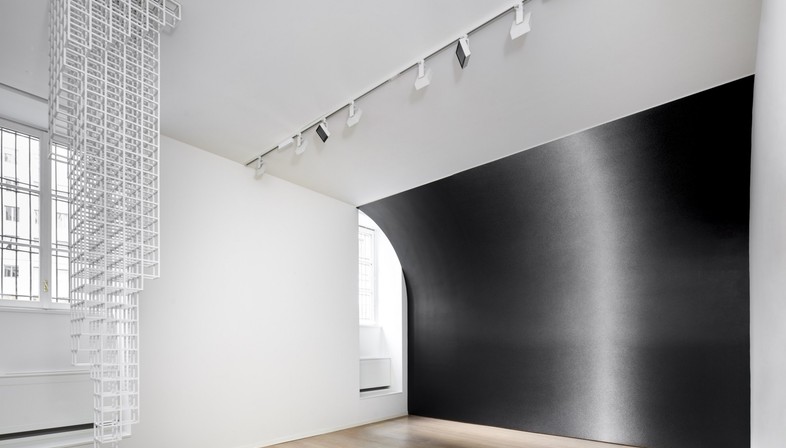 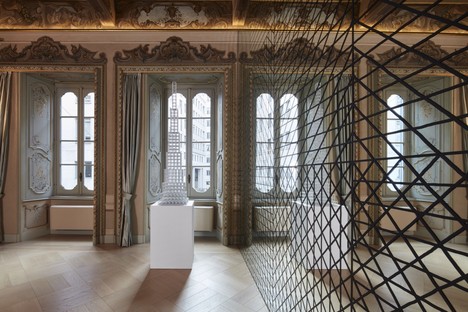 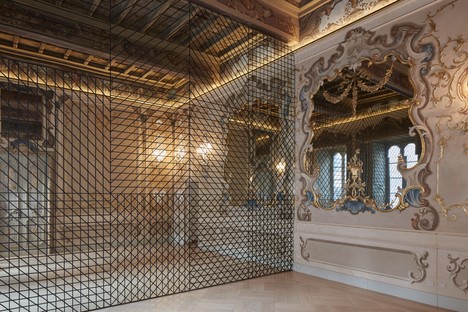 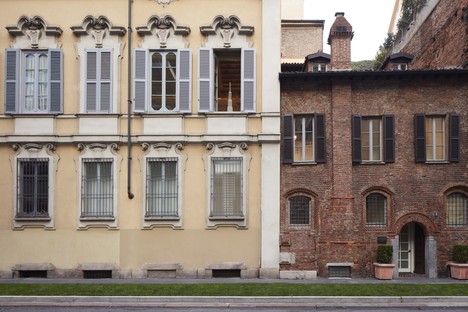 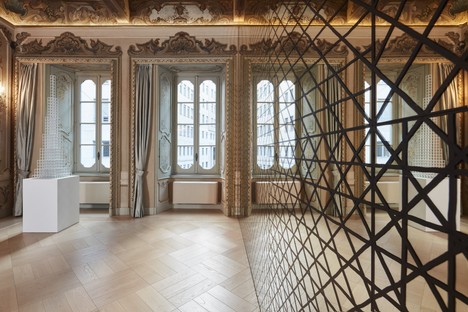 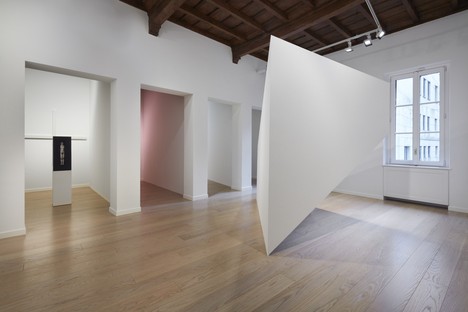 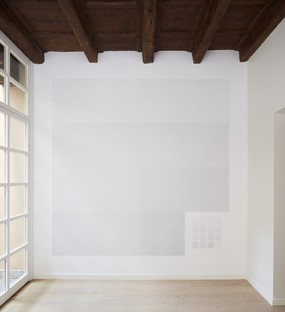 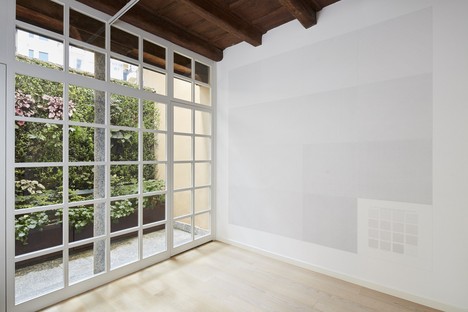 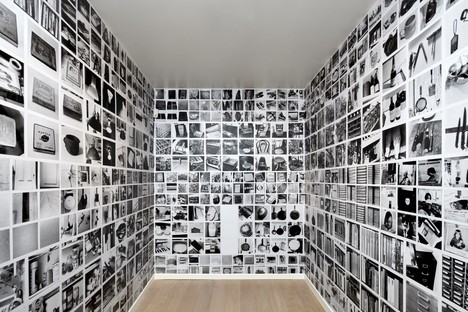 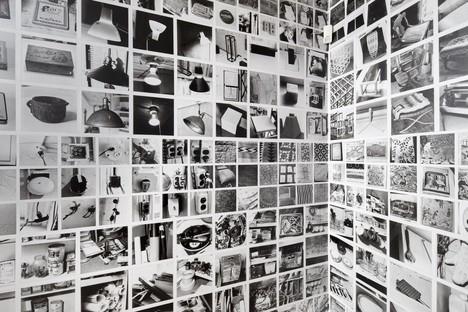 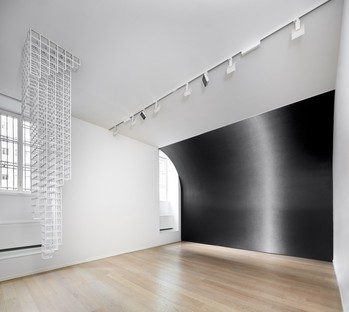 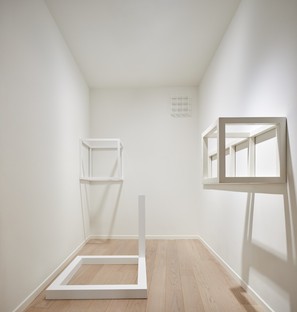 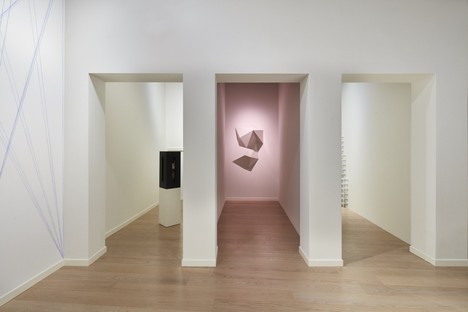 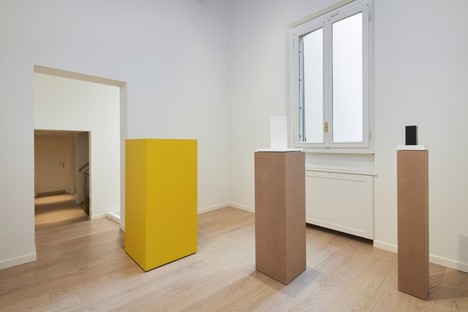