On a small plateau with a marvellous panoramic view of Jostedalsbreen glacier in western Norway, continental Europe’s biggest glacier, Snøhetta recently completed a new shelter for walkers. The shelter, commissioned by the location chapter of the Norwegian National Trekking Association, is composed of a series of pentagonal constructions perfectly adapted to the harsh mountain climate. Snøhetta’s “Tungestølen” is a new shelter for walkers in Luster, western Norway, in a breath-taking location surrounded by steep mountain slopes across from Jostedalsbreen glacier, the biggest glacier in Norway or anywhere in continental Europe. Tungestølen Tourist Cabin was a well-known shelter for hikers on the glacier that was used for more than a century before it was destroyed by the fury of cyclone Dagmar on Christmas day in 2011. Architectural studio Snøhetta won the 2015 design competition for construction of a new cabin, constructed with funds collected in the nearby village of Veitastrond and by Luster Turlag, the local chapter of the Norwegian National Trekking Association, in the front lines of promotion and knowledge of the area. The new Tungestølen was inaugurated by Queen Sonja of Norway in the autumn and recently reopened to the public as excursions on the glacier have resumed. The selected spot is a small plateau with a splendid view dominated by the nearby Jostedalsbreen glacier, an excellent starting point for more challenging excursions onto local glaciers as well as short walks in the area. 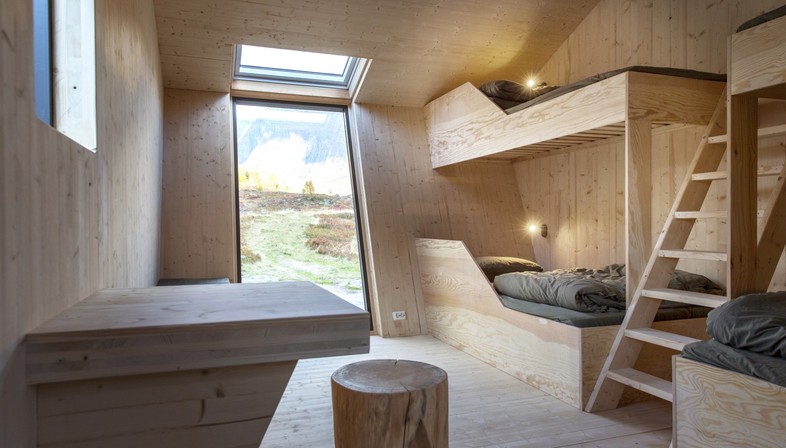 The cabin is open to hikers in summer and autumn only. To adapt to the difficulties of the site, the architects did not design a single building but a series of pentagonal volumes: robust structures built with a glulam frame and CLT (cross laminated timber) panels covered with ore-pine, a material commonly used in Scandinavia since medieval times. When the project is completed, the shelter will be composed of nine cabins for up to 50 visitors.
The solutions adopted by the architects of Snøhetta and the cabins’ pentagonal section create large, comfortable spaces appropriate for the harsh climate of a mountainous area whipped by strong winds blowing up the valley. The cabin interiors maintain a constant visual relationship with nature thanks to large windows, framing the landscape with panoramic corner windows. Everything about the cabins encourages contemplation of the natural surroundings. The main building at the Tungestølen shelter is a large, welcoming space 4.6 metres high, a meeting-place where hikers can dine around big wooden tables while admiring the landscape around them. The same building also contains a second large room with a big stone fireplace in the centre: a warm, cosy refuge on unexpectedly chilly summer days. The other volumes built so far at Tungestølen are a dormitory and a smaller building where more comfortable rooms are provided for about thirty visitors. The future phases of the project include construction of a copy of the Fuglemyrhytta cabin designed by Snøhetta in 2018 in a dense forest near Oslo, which soon became a very popular spot for hikers. 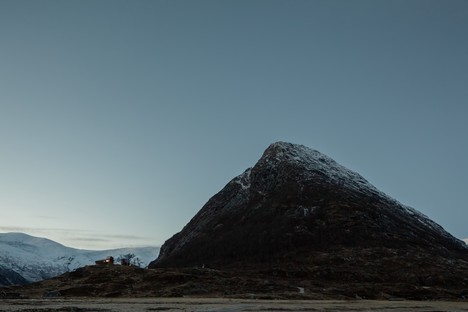 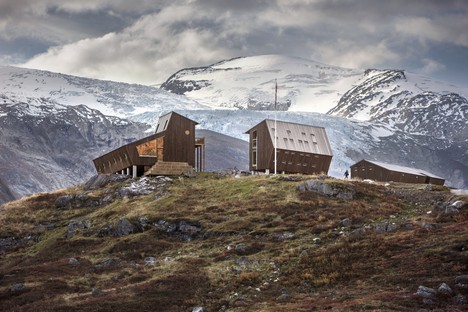 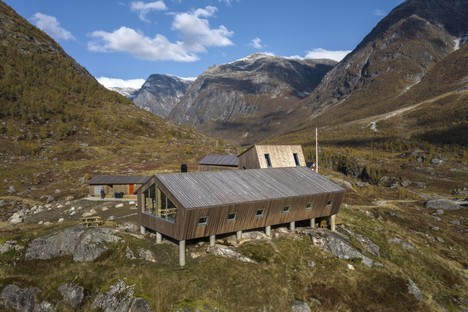 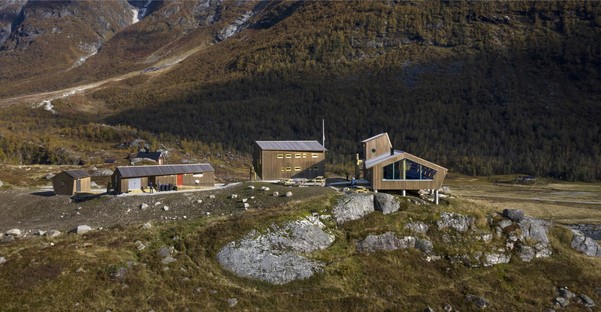 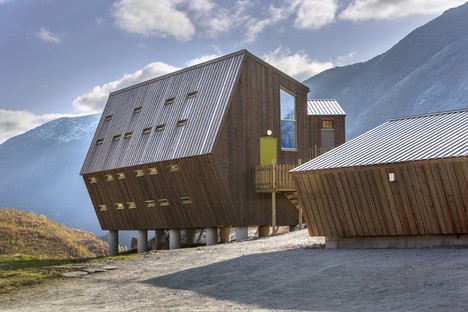 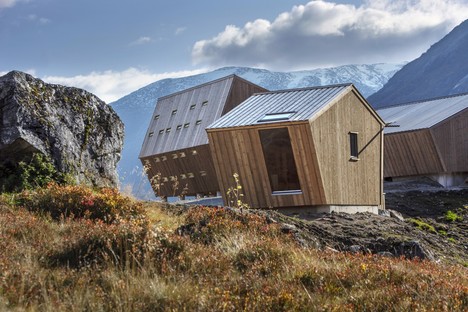 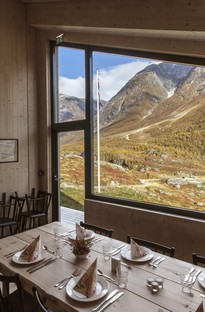 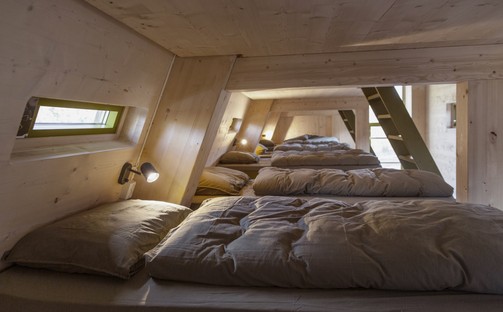 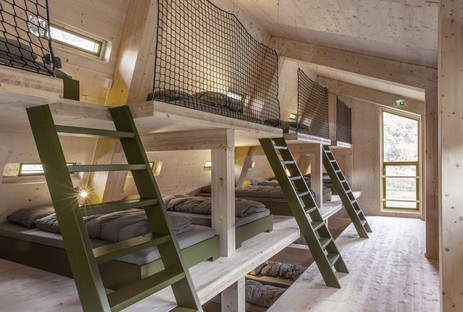 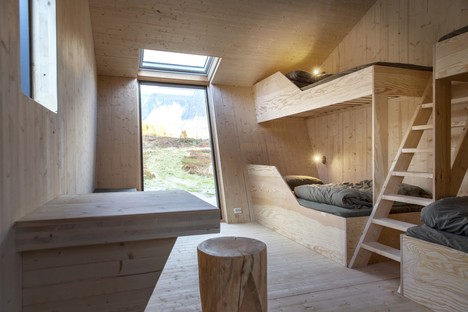 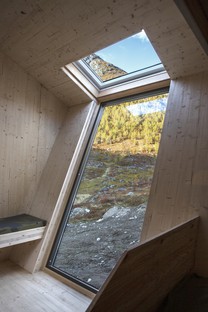 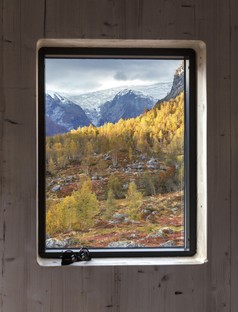 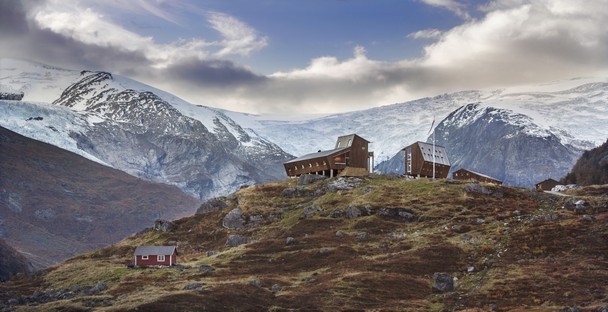 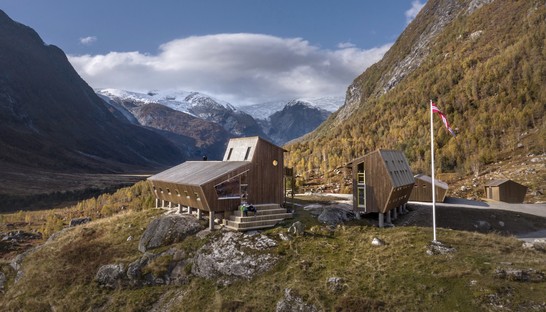 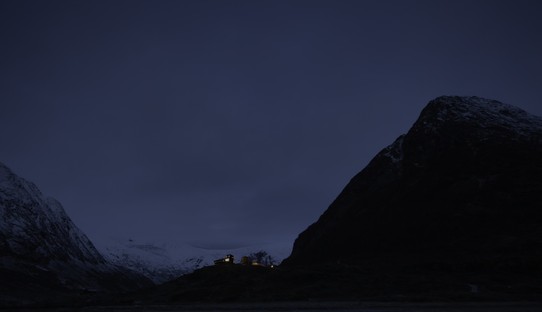 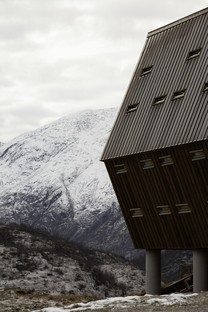 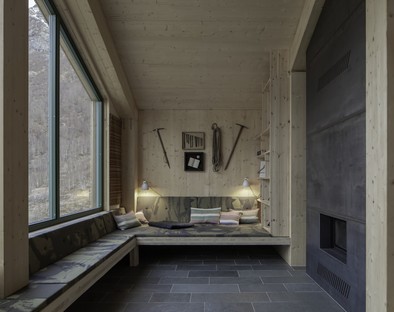 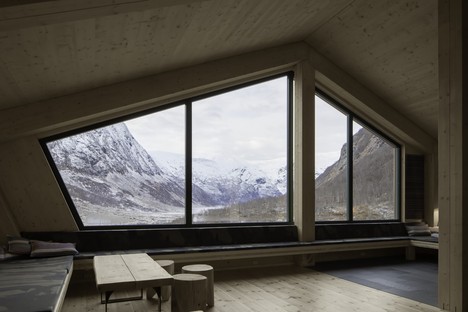 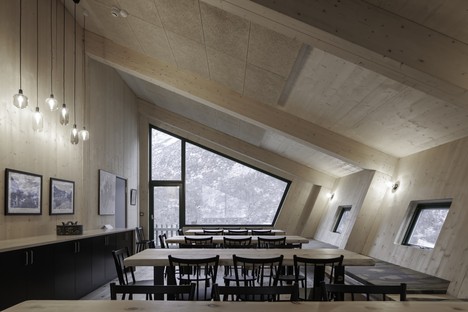 Norm Architects, a cabin in the Swedish forests