Architectural studio Snøhetta design the new New York headquarters of Slack, a software for communication within work groups which is growing rapidly and has more than six million active users a week. 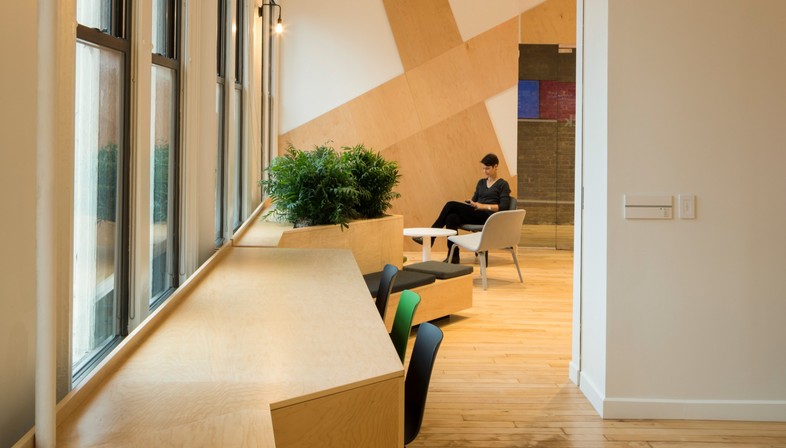 On the top floor of a majestic building constructed in 1880 in Noho/East Village, architectural studio Snøhetta created the interior design of the new offices of Slack, the software house that developed the messaging app of the same name, used to optimise communication within work groups, which has more than six million active users a week. 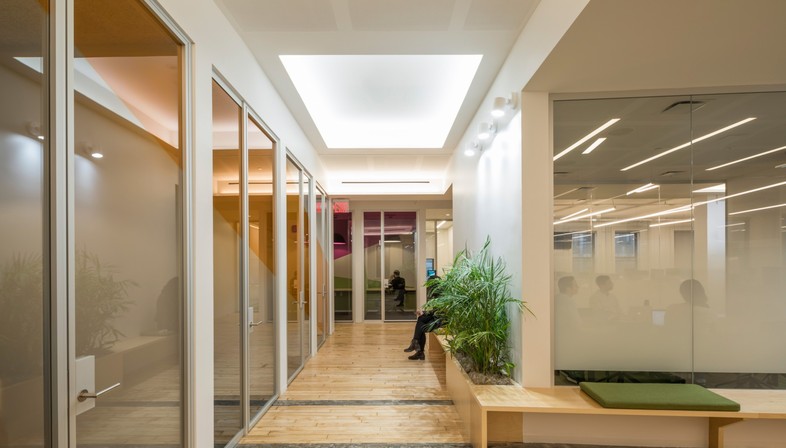 The project is governed by an idea shared by all Slack’s offices all over the world, the concept of incorporating elements of the local urban context in the interior design of the offices and using physical spaces to promote the company’s values, such as improving workflows and encouraging communication among users.
The architects of Snøhetta identified "courtyards" as the elements characterising this part of the city, drawing their inspiration specifically from Paley Park, a well-known city park measuring about 400 sqm. Bamboo plants turned out to be a good choice for constructing natural screens ensuring privacy in the offices while at the same time creating a sense of energy and vitality with their green leaves. The architects worked on the size and arrangement of the existing skylights to allow natural light to flow softly into the workspaces and informal areas. They also chose a palette of colours and materials that underline the luminosity of the spaces and recall an artist’s studio rather than a conventional “office”. A large, multifunctional reception area, informal spaces for employee interaction, meeting rooms and isolated areas for making confidential telephone calls or working in private complete the range of spaces with various degrees of comfort and interaction characterising the project. 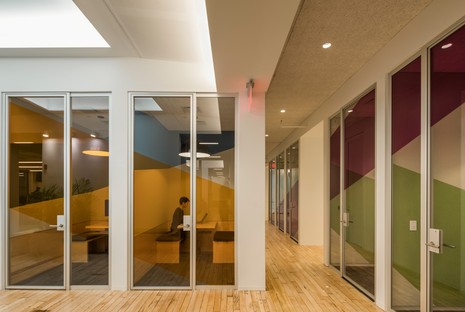 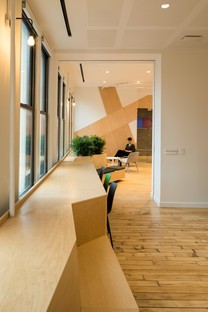 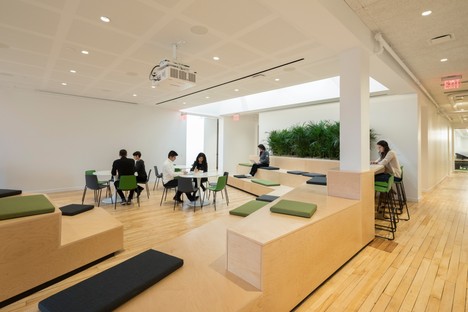 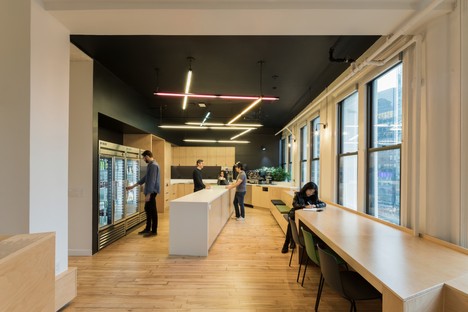 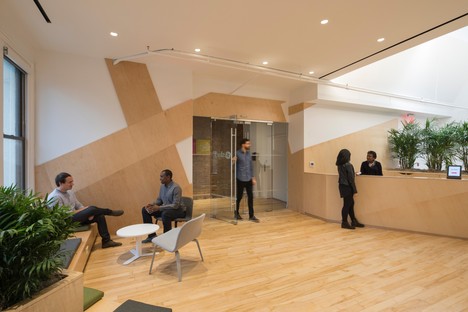 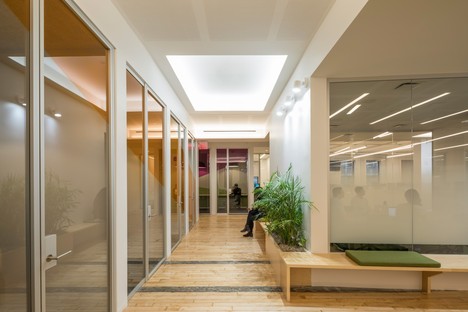 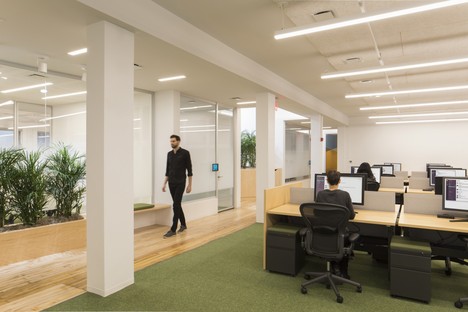 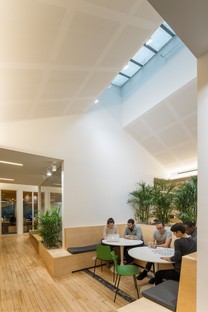 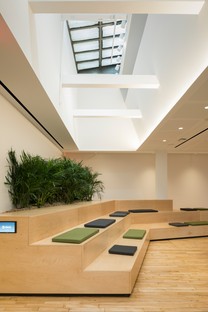 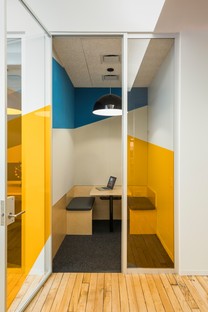