Snøhetta Barr: a restaurant on the waterfront in Copenhagen

On the waterfront in Copenhagen, in the former location of Michelin-starred Danish restaurant Noma, Snøhetta designed the interior and coordinated image of a new restaurant, Barr, in collaboration with chefs Thorsten Schmidt and René Redzepi. 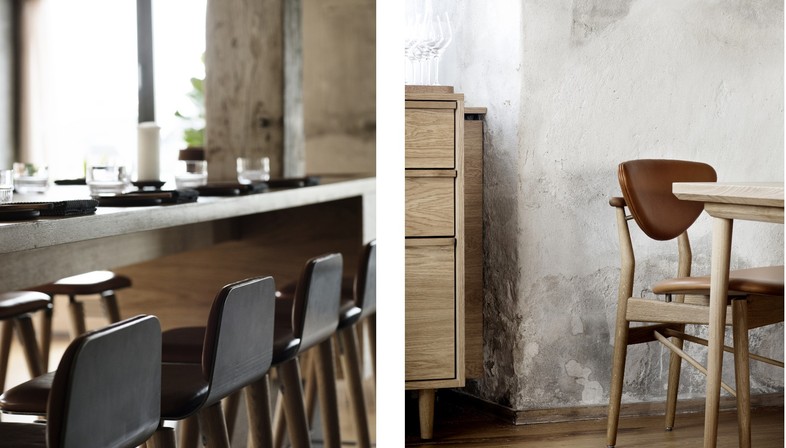 In an old port warehouse on the waterfront in Copenhagen, formerly home to the famous Danish restaurant Noma, Snøhetta designed the interior and coordinated image of a new restaurant, Barr, operated by chef Thorsten Schmidt with René Redzepi, the Michelin-starred chef from Noma. 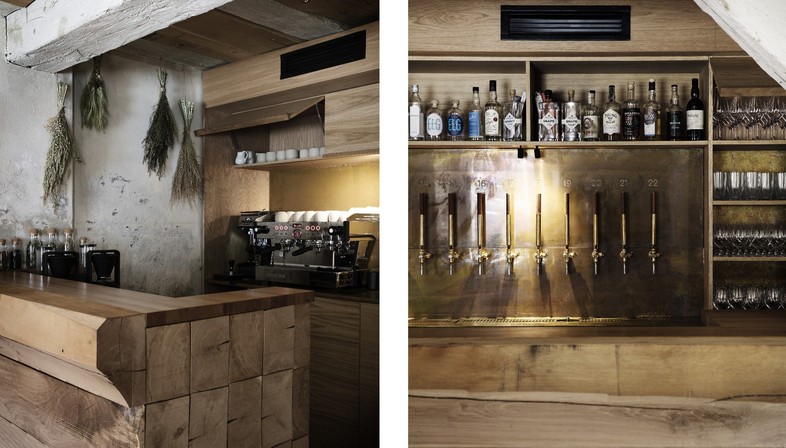 The interior design and the materials chosen by the architects of Snøhetta are consistent with the menu offered by the chefs, reflecting the food and drink traditions of the North Sea area, from Scandinavia to Germany, the Benelux countries and the British Isles. The restaurant’s informal look is created with continuous juxtapositions between old and new and between different materials. On the ceiling, for example, the original wooden beams alternate with new ones. Another example is the stone walls, with their cold, rough surfaces contrasting with the warm hues of wood on the floor and the massive bar counter. The décor is completed by furnishings combining skilled craftsmanship with industrial production and a colour palette inspired by nature, giving the restaurant a refined overall look.

Snøhetta also designed the restaurant’s branding and coordinated image, even creating a new font for the menus, Barr Gräbenbach, which, like every aspect of the restaurant, is linked with North Sea traditions. 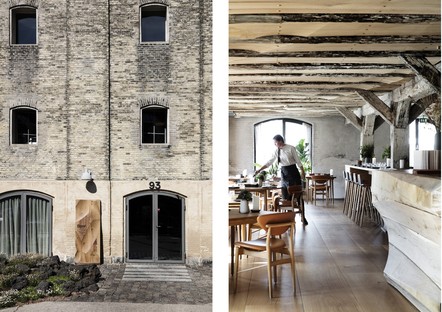 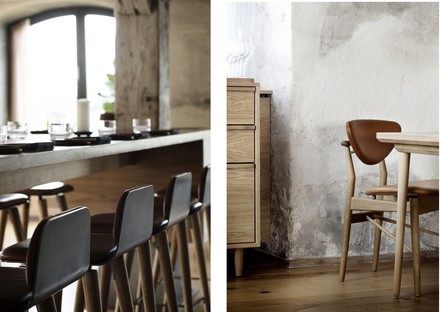 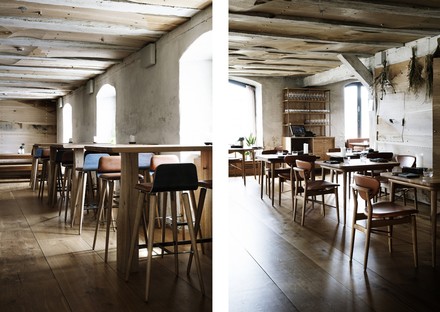 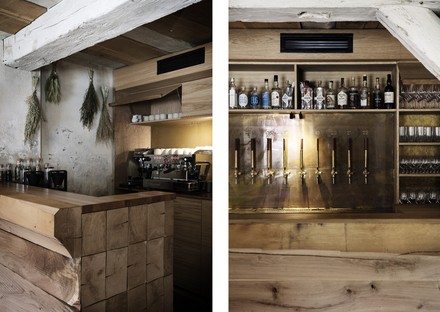 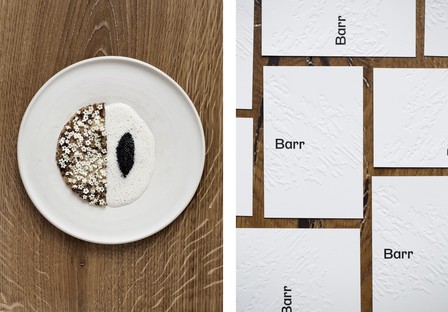 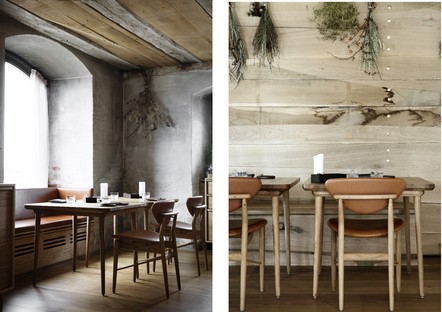