The Hotel Wallace, an Orso Hotels facility in the 15th Arrondissement of Paris, was recently renovated by Silvio d'Ascia Architecture, adapting the building to meet today’s most recent standards for the hospitality industry while adding two new floors on the side facing the street and an attic level containing ten new guestrooms. 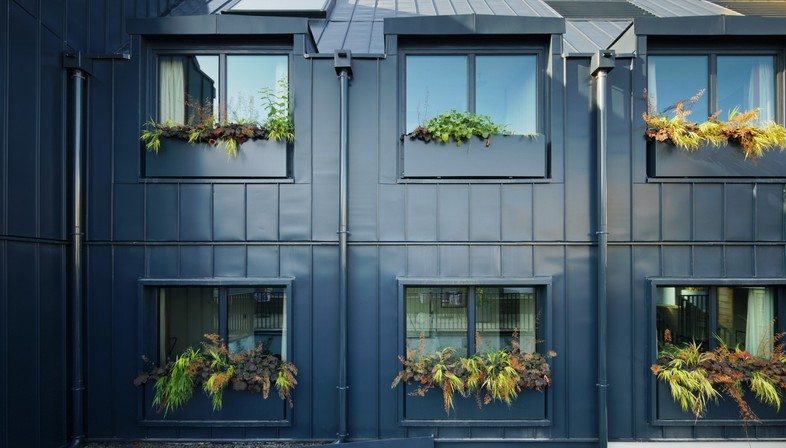 Silvio d'Ascia Architecture recently renovated a hotel in a central location in Paris, not far from one of the greatest symbols of the city, the Dame de Fer, as the locals call the Eiffel Tower.
Hotel Wallace is a member of the Orso Hotels group located in the northern part of the 15th arrondissement, in the area bounded by Les Invalides, the Eiffel Tower and the Beaugrenelle district. Popular with travellers for its quiet location, this hotel with in vintage taste was subjected to major renovations to adapt it to the latest standards and regulations of the hospitality industry and add two new floors on the side overlooking the street as well as two additional floors in the attic level. Following the expansion, the hotel now has 48 new guestrooms, ten of which are in the new attic level.
What makes this project particularly interesting is the way Silvio d'Ascia Architecture has managed to add new life and character to an existing building without any particular architectural character using just a few carefully designed and apparently simple elements.
The building consists of two volumes, one facing onto Rue Fondary and another at the end of the lot, overlooking the inner courtyard.
To preserve visual continuity with the hotel’s urban surroundings, the architects set the new elevation back from the façade on Rue Fondary, thus creating a terrace for the guestrooms and maintaining the same height as the neighbouring buildings. The new levels in the hotel are clearly differentiated by treating the façade differently: in place of the white walls of the existing building, they are covered with midnight blue zinc panelling. The change may seem sudden, but is actually announced on the main façade by the midnight blue frames of the big windows. The windows are decorated with sunbreaks and big planters that create effects of light and shadow on the wall, adding character and giving the building a new identity. The extensions are fully visible from the inner courtyard, where the gentle slope of the new addition at the top of the building ideally joins the new levels with the white inner wall of the older building. The presence of greenery becomes a distinctive feature of the new hotel, clearly revealed in all its spaces. The planters on the façade become backrests for chairs inside the rooms. The inner courtyard has a metal and glass roof allowing the breakfast room and lounge bar to receive plenty of daylight so that guests feel as though they are in a winter garden. Continuity between the two volumes is restored on the roof, with slight differences in level, and the architects have designed a poetic little terrace for enjoying the view of the slender upper structure of the Eiffel Tower rising above the Paris rooftops. 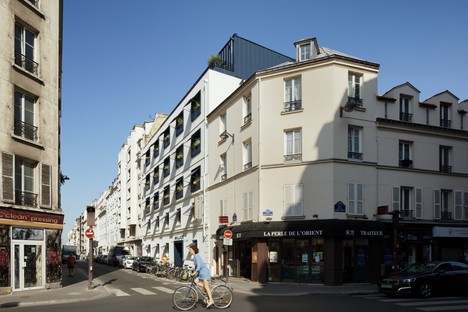 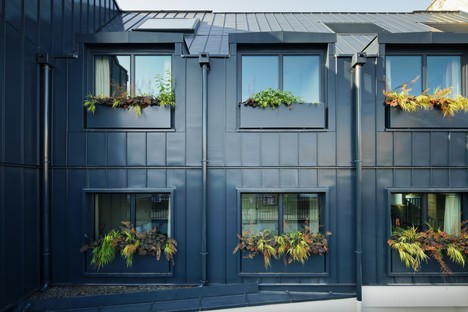 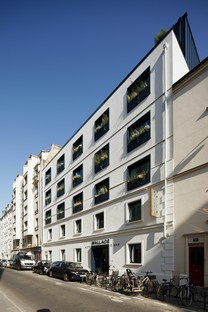 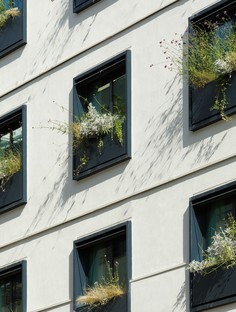 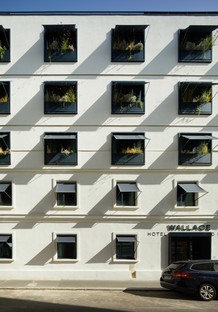 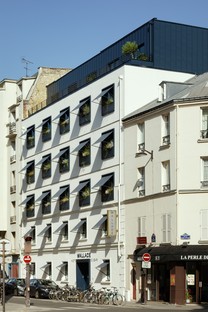 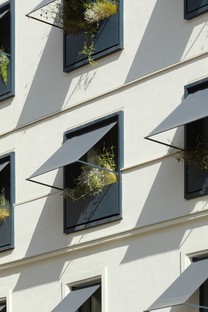 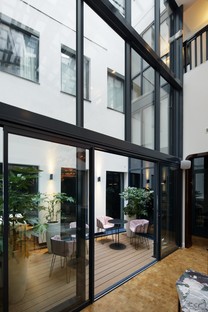 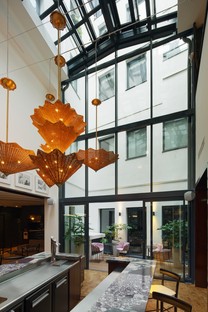 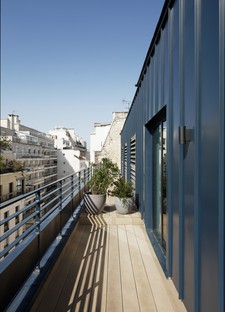 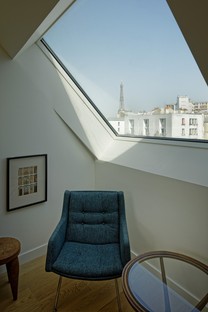 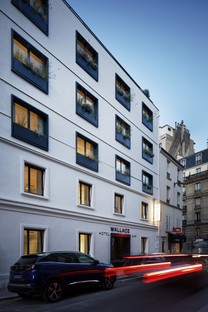 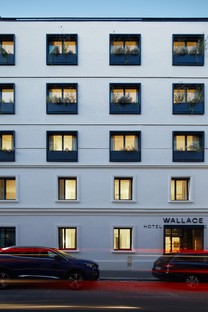 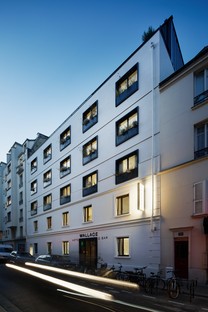 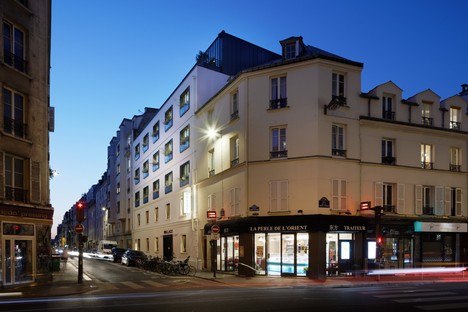 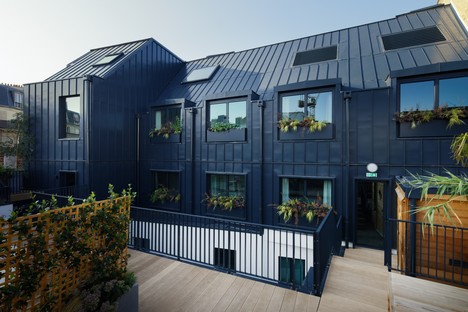 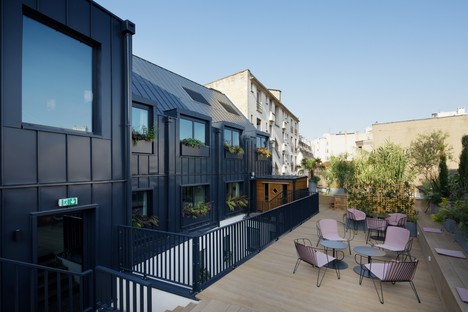 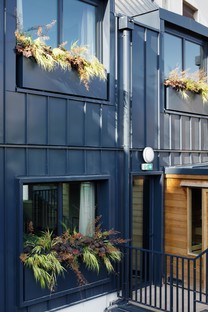 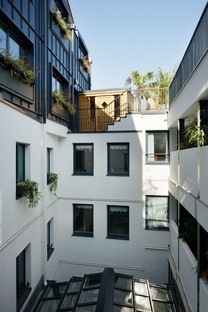