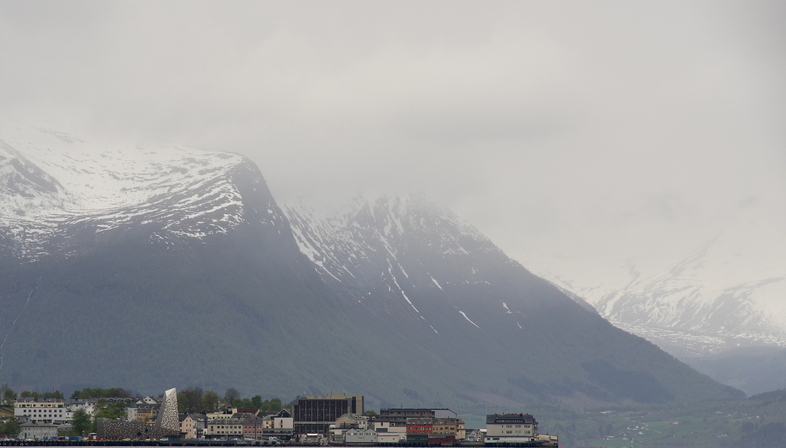 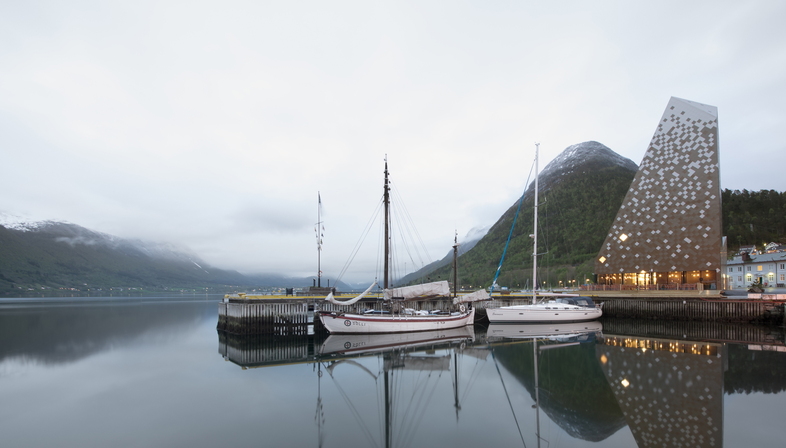 The town of Åndalsnes is home to the Norwegian Mountaineering Centre, designed by RRA Reiulf Ramstad Arkitekter of Oslo following a competition on invitation and opened in 2016.
Enriching the experience of mountain-climbing for a nation of people surrounded by uncontaminated, grandiose nature is quite a challenge. Reiulf Ramstad Arkitekter responded with a project that balances a dramatic homage to nature on its exterior with enhancement of the experience of mountain-climbing in its interior.
To make the town of Åndalsnes into a temple of mountain-climbing, the architects created a landmark capable of becoming a symbol of the town. The building rises “dizzyingly” upwards, making it instantly recognisable for anyone arriving in the fjord by sea or by train, but also boldly alludes to the landscape around it, the snowy peaks of the Romsdalen Valley, covered with snow for most of the year.

The volume of the Norwegian Mountaineering Centre is a stylised version of the mountains rising behind it, consisting of a broad base with an oblique roof on two levels and a peaked volume 21 metres high to the north. Not only is the structure inspired by the mountains, paying homage to them and aiming to blend into its natural surroundings, but it contains Norways’ highest indoor climbing wall, making it even more unique. The container expresses its content, as in other recent projects by Reiulf Ramstad Arkitekter, from the Trollstigen Visitor Centre with its path imitating the natural bays of the fjords to Kimen Cultural Centre in Stjørdal, which reproduces the profile of the area’s typical houses with gabled roofs. 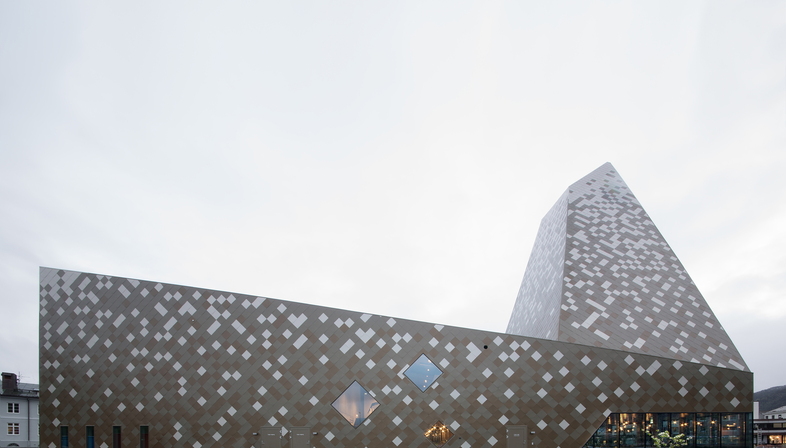 The structure of the Norwegian Mountaineering Centre is highly significant: the entire surface of the building’s four sides is covered with 1.2-millimetre-thick aluminium plating, giving the building a colour that varies from bronze to silver depending on the light. Climbing up towards the top, the elements of the construction become whiter and whiter, with clear symbolic meaning. At the base on the northeast side, a plate of glass indicates the presence of a coffee shop and restaurant on the ground floor, while the rest of the surface is closed-off, dotted with windows culminating in the one at the top of the tower to the north, like a lighthouse over the sea. Inside, in addition to the coffee shop, a theme library, offices and a cinema and exhibition area on the upper level introduce visitors to the centre’s greatest attraction, the artificial climbing wall. 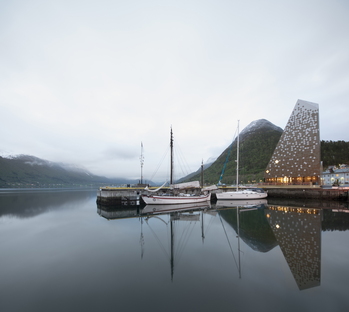 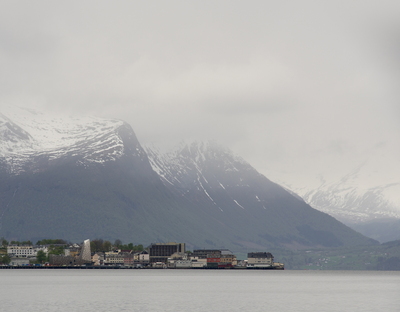 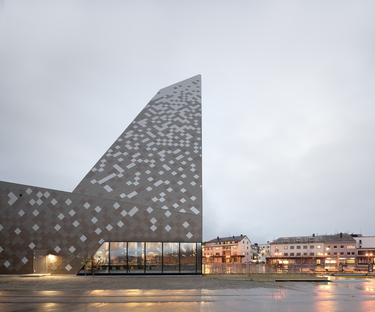 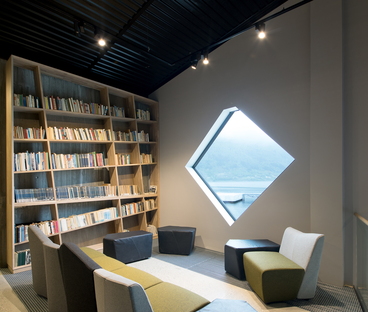 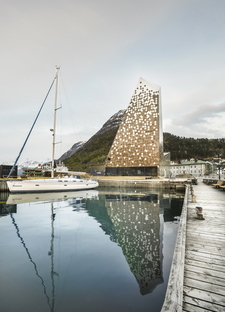 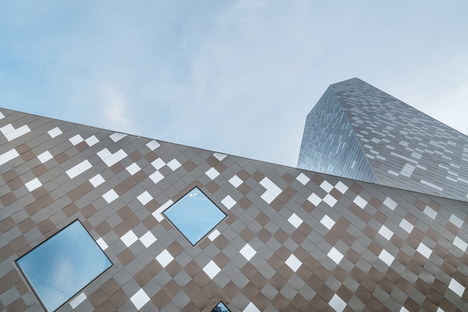 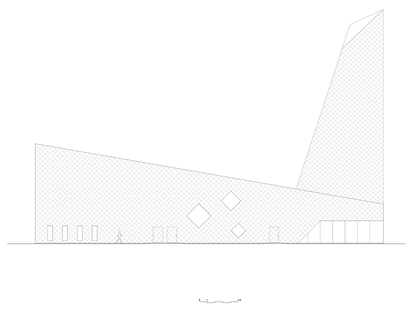 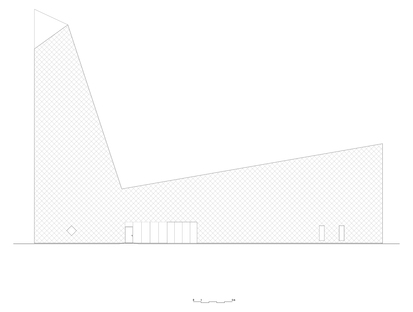 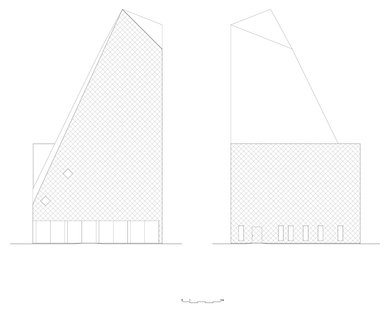