Rocco Design Architects Associates recently completed Vanke Cloud City, a shopping precinct in Shenzhen. The new complex is the urban element unifying the Nanshan District, an area offering a number of attractions for the population which were until now separate from one another, without a unified pedestrian flow leading to and among points of interest. 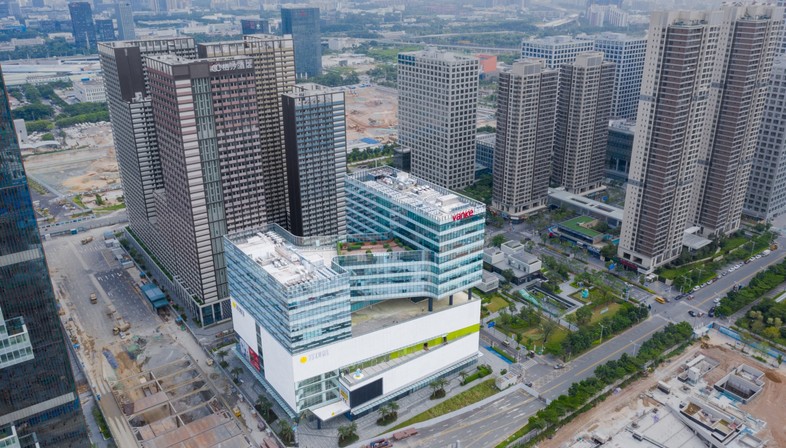 Shenzhen is definitely a city that has seen major economic and urban growth in recent years, but not all parts of the city have developed at the same rate. The Nanshan District, for example, is an important shopping and residential district where a number of blocks with facilities and points of interest for the population have grown independently of the others, without a pedestrian route linking them all together. This is the context of the Vanke Cloud City project by Rocco Design Architects Associates. The new precinct not only fulfils the commercial functions for which it was designed but becomes a unifying urban element, as it is on the route connecting the district to one of the most heavily trafficked streets in the area, Tong Fa Nan Lu, to a big green park popular with residents to the northwest, and to residential and office buildings to the south. 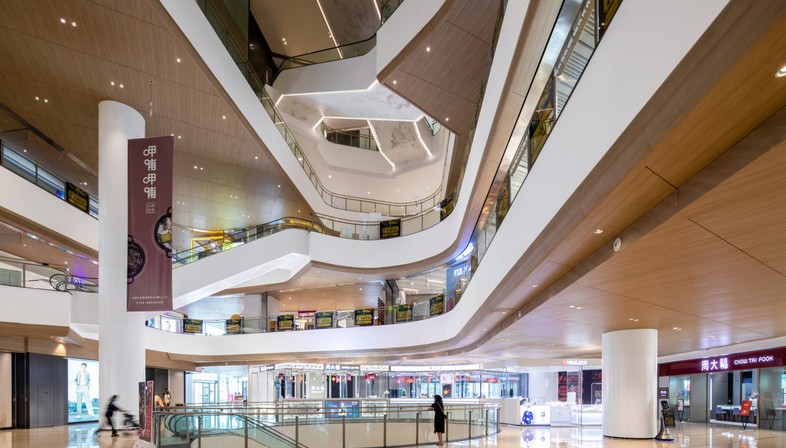 Adding to the importance of the new development for the city, the architects of Rocco Design divided Vanke Cloud City into three separate levels, in terms of both functions served and façade solutions. The lower level contains shops on the eastern and western sides, arranged around a big central atrium. The atrium is built along the axis that cuts right across the lot, linking the green park to the north with the pedestrian path to the south, intercepting and joining various different pedestrian flows in the district. The presence of businesses such as shops and cafés creates a lively, pedestrian-friendly atmosphere. The middle level hosts entertainment facilities, connected with the shopping area via a central atrium rising all the way up the building. Offices are located on the upper levels around the eastern and western perimeter of the volume, while the central part opens up into a roof garden offering additional space for leisure and entertainment.
The architects use different façade solutions for the different functions played by various parts of the building, giving the distinction visible form even on the outside. The shopping areas are identified by an opaque façade which concentrates the visitor experience on the inside, focusing attention on the retail offerings and entertainment facilities within, while the part of the building containing office space has floor-to-ceiling windows to make the most of the view and provide plenty of daylight for a distinctive, contemporary working environment. 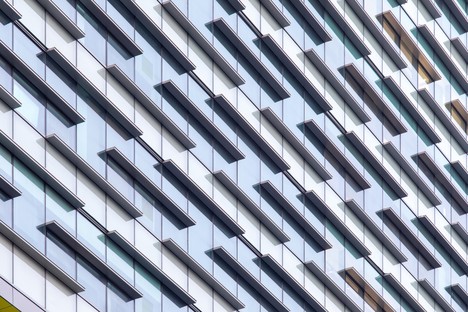 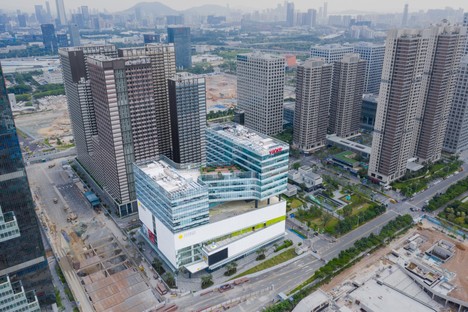 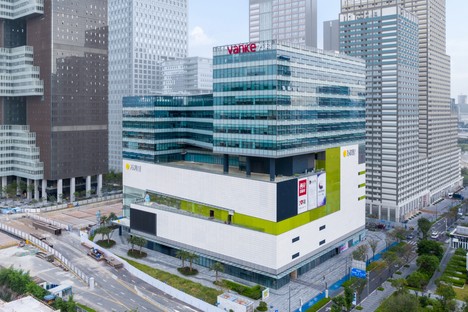 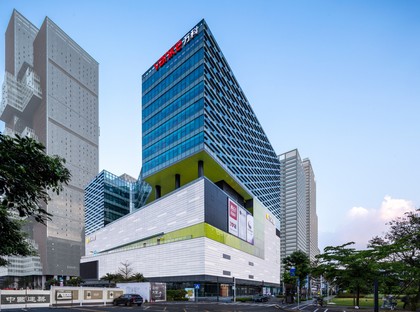 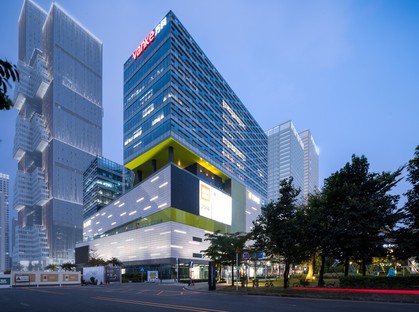 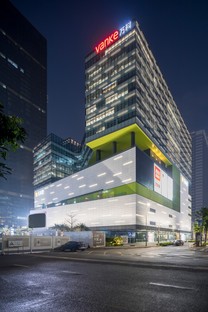 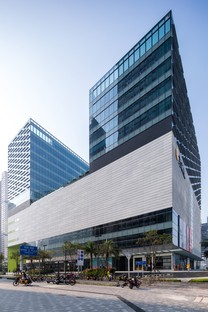 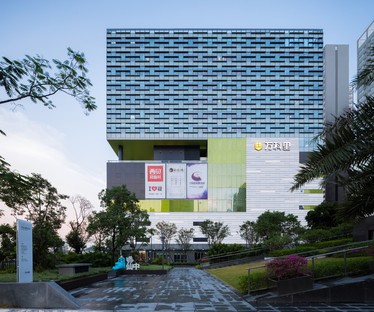 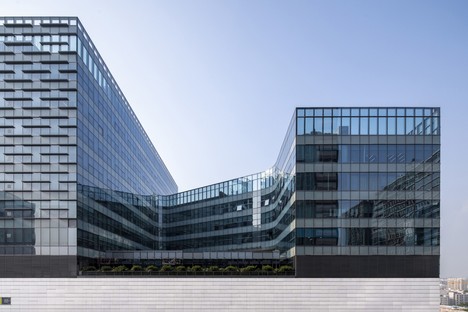 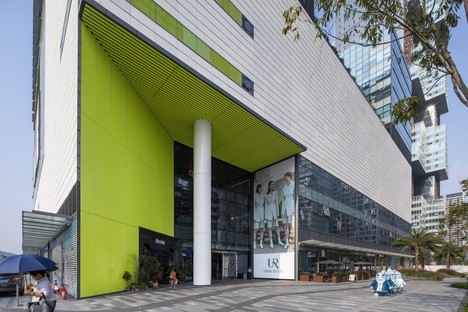 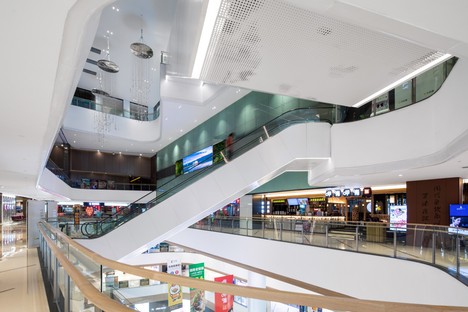 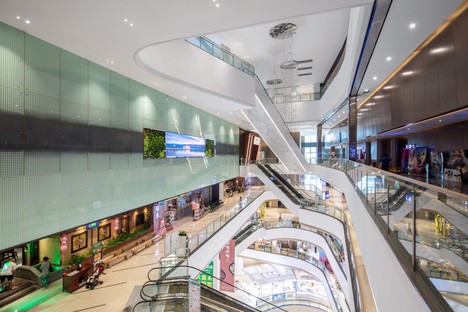