In Porto, Portugal, architect Ricardo Bak Gordon designed the renovation project for a villa built at the end of the 19th century. The original building was a bourgeois residence on four levels and situated within a plot of more than 2000 square metres near the waterfront. The restoration project has enhanced the existing spaces and proposed new functions for some of the environments. 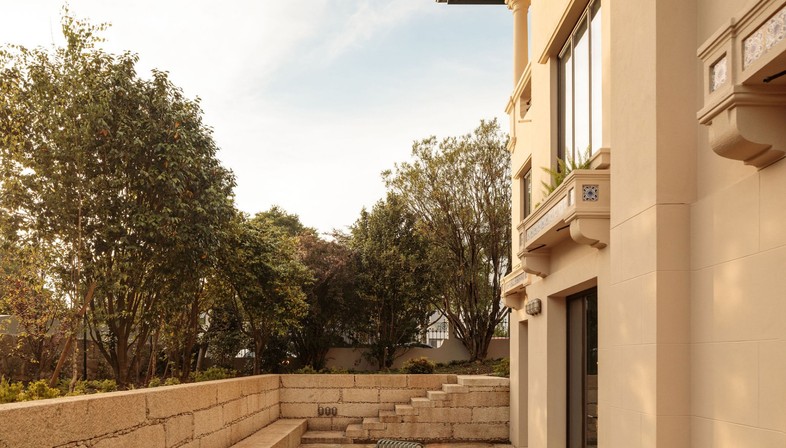 Architect Ricardo Bak Gordon designed the restoration and rehabilitation project for a villa built at the end of the 19th century near Porto's waterfront, in Portugal. A measured and clean-cut intervention, starting from the name given to the project, simply referred to as "House 1". The project, in fact, is focused on enhancing the existing elements and creating a new experience path in the home's domestic space, transforming the original functions of some of the environments. 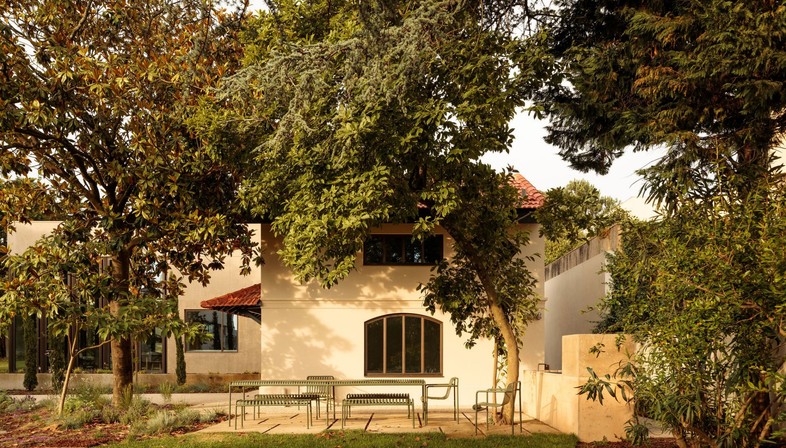 The original building was a bourgeois villa consisting of two main floors, an attic and a basement. The construction took place in the late 1800s on a plot of about 2200 square metres near Porto's waterfront.
The renovation project included the addition of new functions and the house now appears to consist of four inhabited floors, all characterised by generous openings towards the outside. The transformation of the basement is particularly striking, a large space now available to the whole family and directly connected to the outside thanks to the paved area which becomes the trait d'union with the gardens.
For the landscape design, architect Ricardo Bak Gordon's studio reached out to Atelier BBV. With its different elements such as paved areas, paths, trees and shrubs or the small vegetable garden, the gardens create a welcoming and relaxing landscape of which, over time, the house will also become part when its outer walls will once again be covered with ivy.
In direct continuity with the renovation, the interior has been transformed to enhance the spaces using materials and earthy colours, with Tadelakt plaster walls and oxidised brass fixtures. 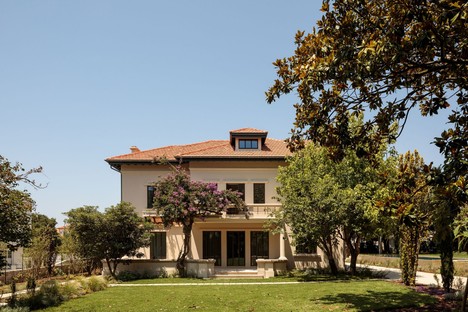 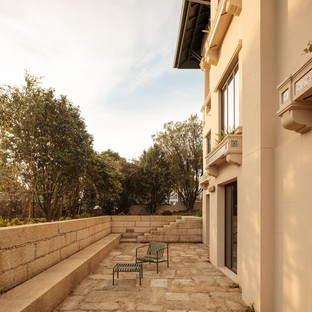 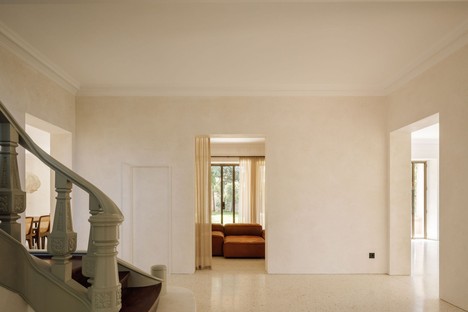 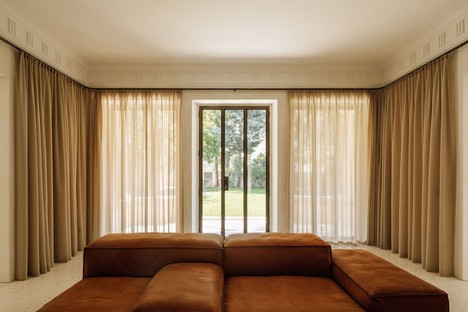 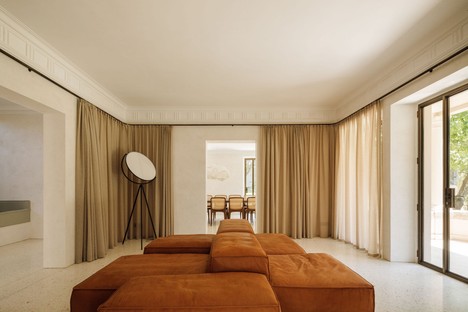 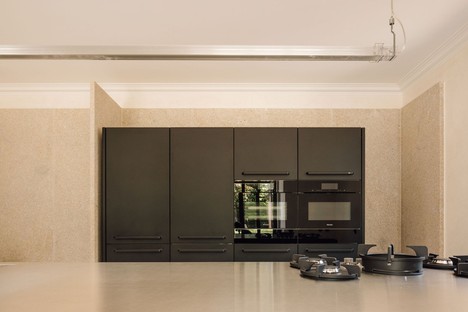 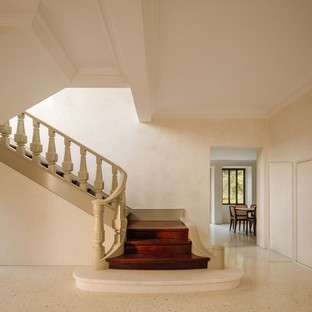 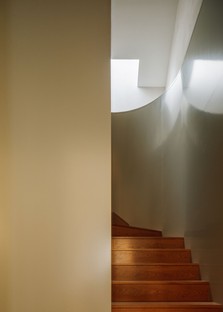 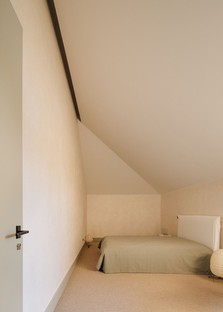 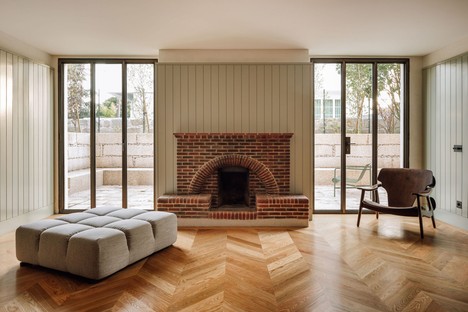 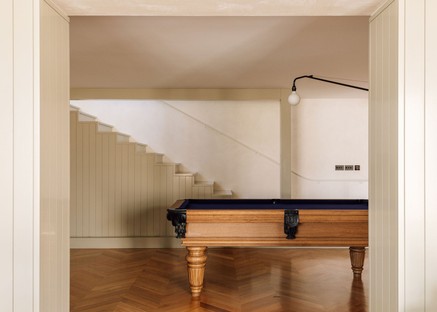 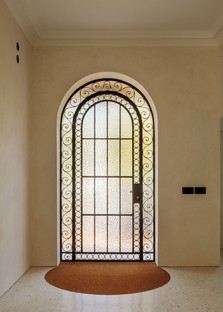 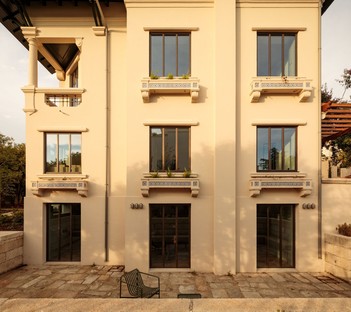 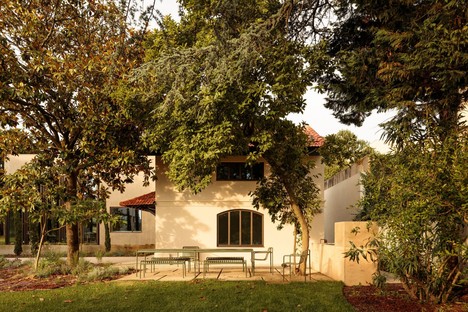 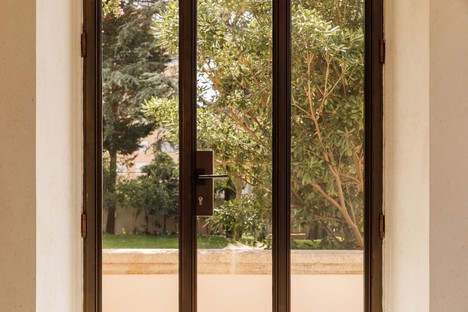