Architect Christian De Portzamparc, along with his firm 2Portzamparc, has put his name to the Paris La Défense Arena, the new indoor stadium of Racing 92, a Parisian rugby team. But rugby is not all that is on the cards: for the grand opening, a Rolling Stones concert brought 40,000 spectators to the Arena, thus testing its maximum capacity. 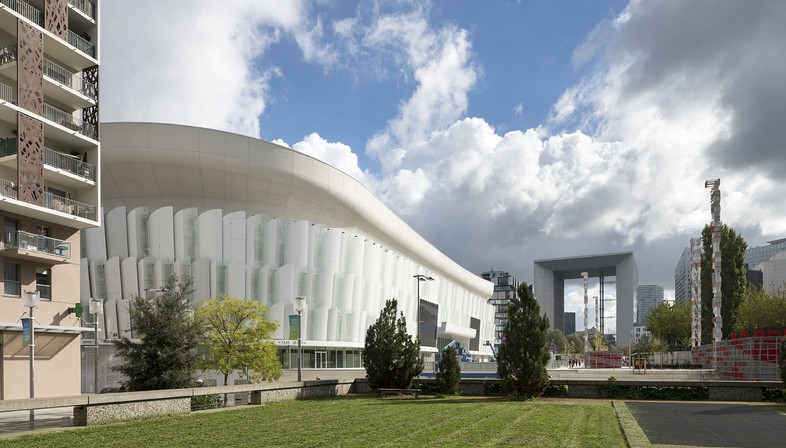 How many architects can say that, for the opening of their last project, the Rolling Stones in the flesh - along with 40,000 fans - flooded the building, putting it to the test in every possible way? Not many at all. Perhaps only one, namely Christian De Portzamparc, the name behind the idea and the execution of the Paris La Défense Arena, inaugurated in Paris at the end of 2017 after three years of work.

The Paris La Défense Arena rises from the city’s landscape alongside the Grande Arche in the district of La Défense in Nanterre, located at the intersection between the four main road axes of the area. The idea of the Paris La Défense Arena was conceived more than ten years ago by Jacky Lorenzetti, the president of rugby team Racing 92, which plays in the top French division. The initial project requested by Lorenzetti was actually only for an indoor rugby stadium. Twenty-seven architects were invited to participate in a closed tender in 2010, which saw De Portzamparc win with his bid the next year.

But what are the Rolling Stones doing in a rugby stadium? The project was changed during the works specifically to enable it to become an exclusive venue for large-scale events, thereby multiplying its possible uses and therefore opportunities for profit. Now, in addition to the Top14 rugby matches, spectators can also enjoy concerts and other important events. De Portzamparc, in order to make the arena as flexible as possible, designed the back wall, which the stage should be mounted against, to be moveable both backwards and forwards, thus changing the capacity of the space, which ranges from 10,000 to 40,000 people. Indeed, on the day of its inauguration, the Paris La Défense Arena’s maximum capacity was tested. With its 40-metre-high vault, it is the largest indoor sports stadium in Europe, as well as the second-largest in the world, after the Philippine Arena.

The transformation from rugby pitch to concert space takes very little time indeed: in just eleven hours, the astroturf pitch is covered with large slabs, making for a parterre area which, during live shows, is where the most motivated fans are always located. Although a concert or a match are undoubtedly much more enjoyable when seen from up close, anyone sitting in the stands has nothing to worry about: the stadium’s acoustics, visibility and air circulation have all been carefully designed and optimised. And even for those with terrible eyesight, visibility is not an issue: the Paris La Défense Arena has been kitted out with a 1400m2 screen. This impressive feat of engineering has been rounded off with 31,000 square metres of offices divided over eight floors, HEQ and LEB certifications, an underground car park and a restaurant. The roof alone - to give an idea of the scale - weighs 6100 tonnes.

Christian De Portzamparc’s work has given careful consideration to the dual aesthetic needs of a building of this size: when seen from outside, it must not seem cumbersome, and must blend into its surroundings rather than imposing itself on them. At the same time, the sensation of epic immensity, the idea of a huge and enveloping space must strike the spectators as they venture into the Arena, overcome with awe. To achieve this goal, reveals De Portzamparc, all that needed to be done was carefully design the organic contours that make up the shell of the building. Another distinctive element is the “flakes” of aluminium and glass which cover the side walls of the arena, lending them a dynamism and a certain lightness. As evening sets in, a myriad of colourful lights reflects off these neat rows and offers a spectacular view to anyone passing through La Défense. Three thousand LED strips, each shining with 16 million colours, are linked by way of independent IP addresses, making infinite combinations of light possible. At the end of the day, the Paris La Défense Arena is so much more than just a rugby pitch or a concert venue. As of the moment it turns on its lights, it becomes a moment of identity, a landmark capable of quite spectacularly illuminating everything around it. 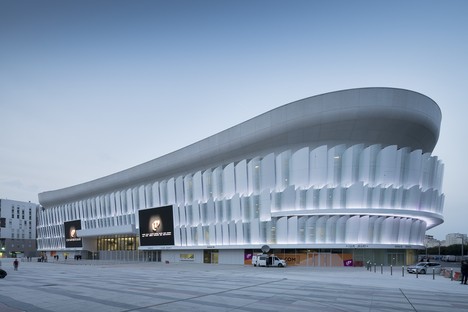 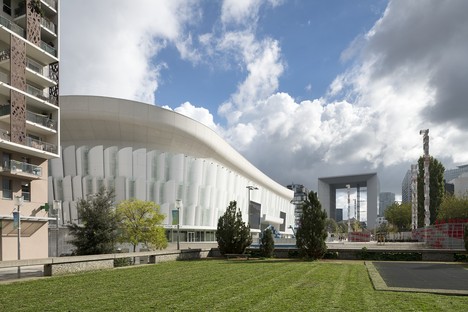 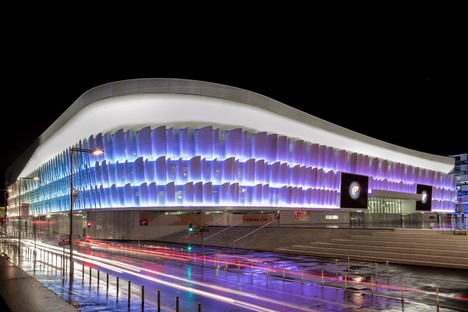 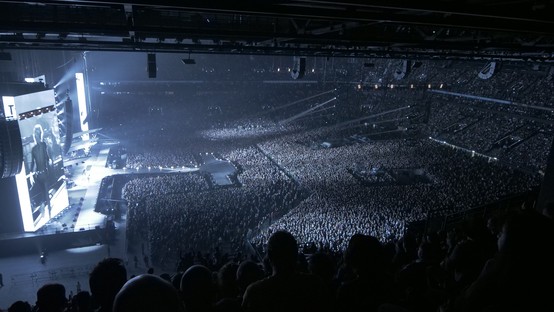 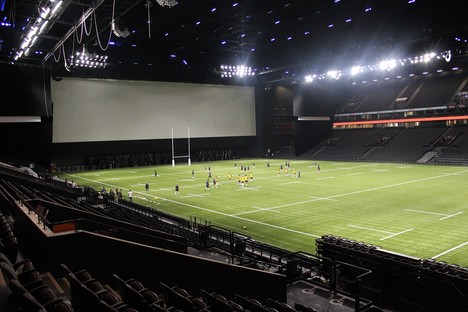 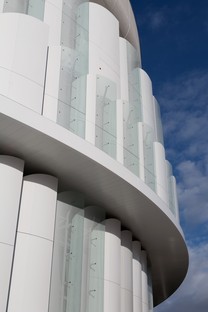 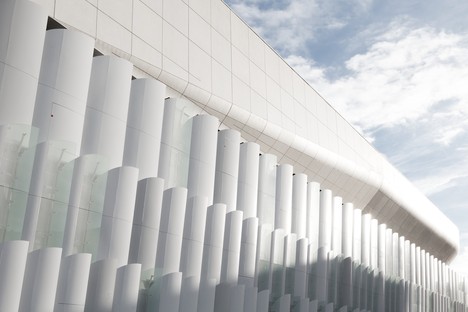 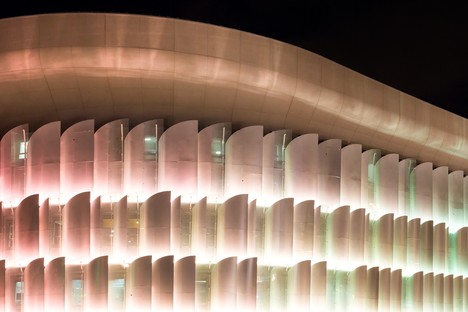 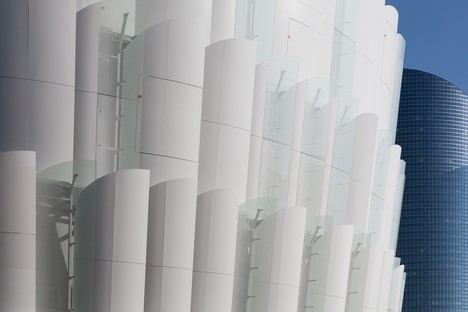 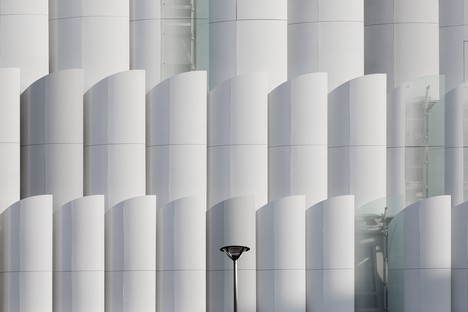 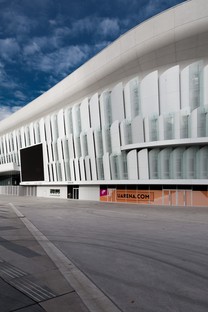 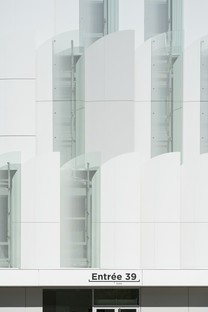 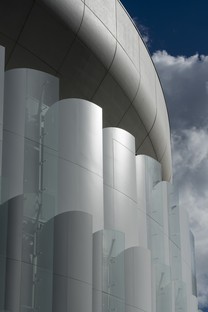 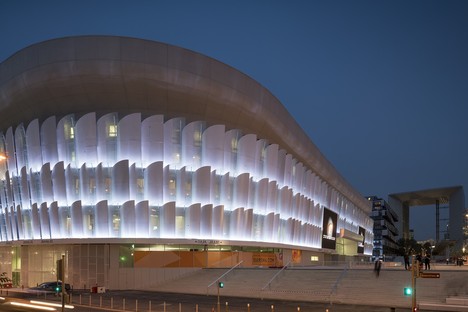 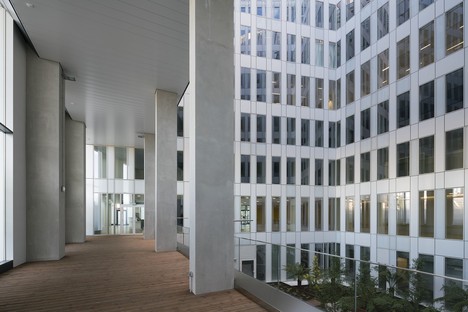 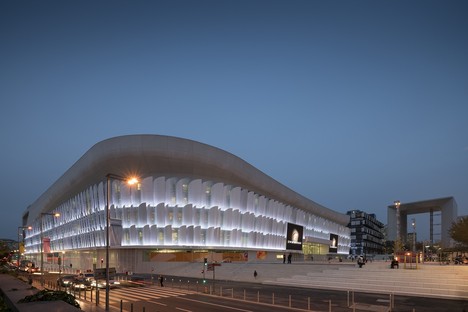 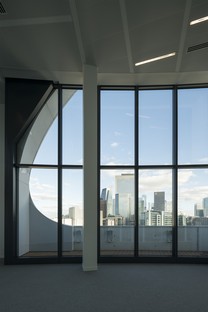 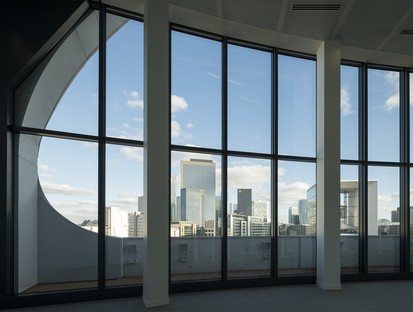 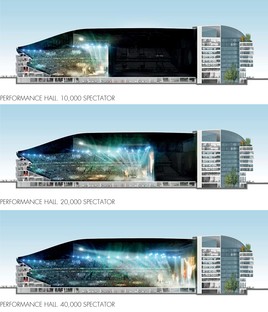 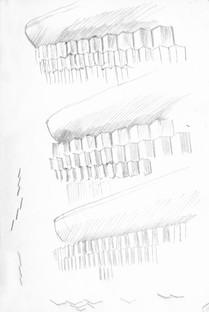 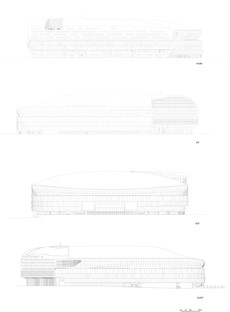 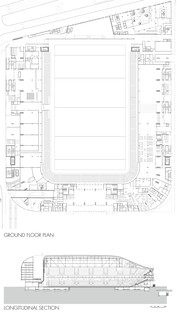 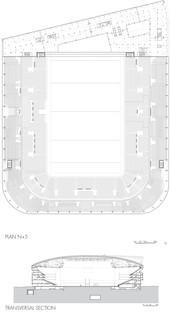