The enfant terrible of design adds the finishing touch of a sculptural staircase to the new offices of the LVMH Media division, one of the brands that he pirated twenty years ago with one of his virtual products. 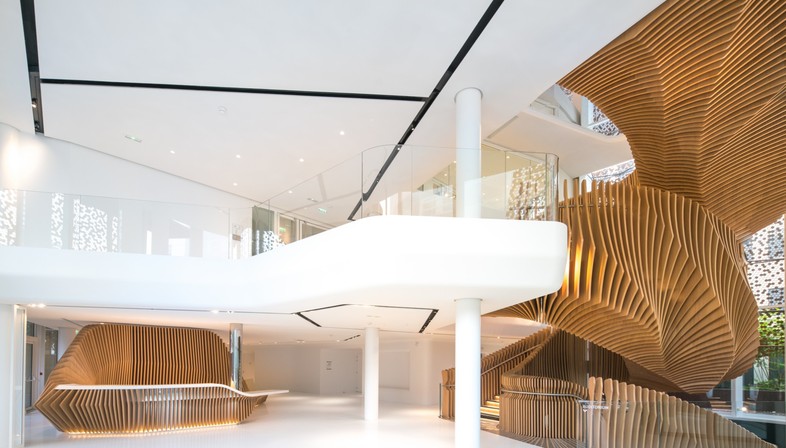 The story of Louis Vuitton and Ora ïto began in 1997, when the young designer created virtual products for his website, pirating those of famous brands including Vuitton and Apple. The success of his products, which were thought to be original and sought after in brand stores, transformed possible accusations of plagiarism into partnerships with famous luxury brands and industry. Twenty years later, Ora ïto is responsible for the new offices of the LVMH (Louis Vuitton - Moët Hennessy) Media Division at 10 Grenelle in the 15th arrondissement of Paris, adding a sculptural staircase that becomes the element that characterises the whole interior design project. 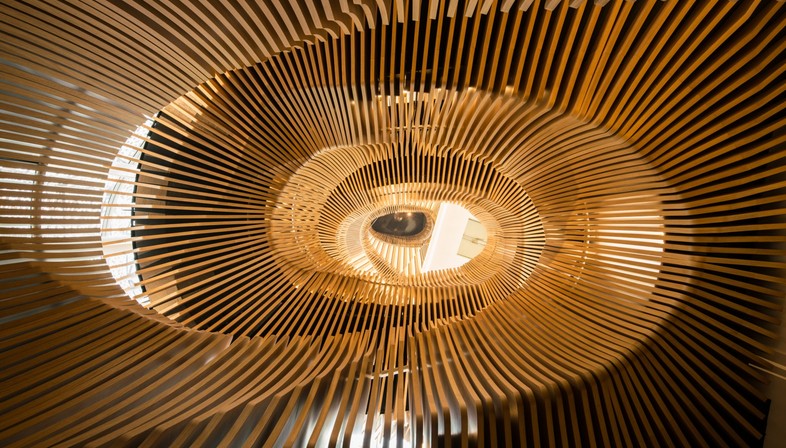 Through the four floors of the bright pavilion containing the offices of the LVMH Media Division, the staircase penetrates the communal spaces and creates different functions: the reception desk in the entry hall, the walls of the amphitheatre and other service spaces, etc. As the designer himself explains, the staircase is the founding element of the design . It is a parametric sculpture that recalls a biomorphic creature: a Japanese chimera, half-whale and half-serpent, or a natural phenomenon like a tornado that moves through space enveloping users and transporting them to the floor they want. The staircase is the only vibrant element in an otherwise deliberately minimalist set of offices, which are functional and without decoration. They are clearly defined and organised, delimited by pale walls that the staircase breaks through with all its explosive force, becoming the only surprising element for users and visitors. 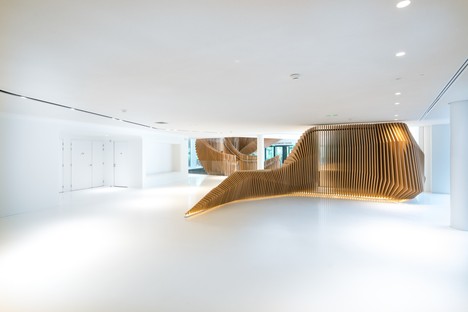 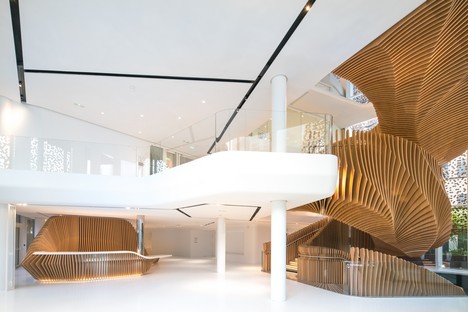 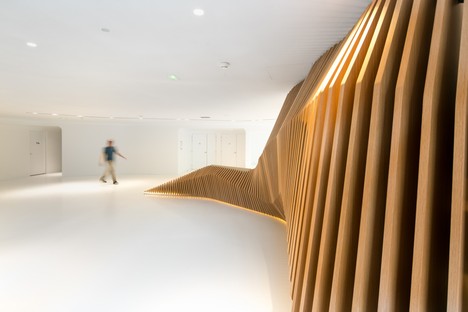 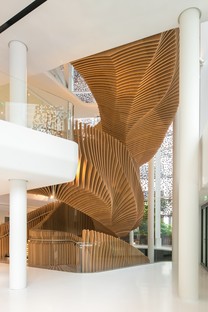 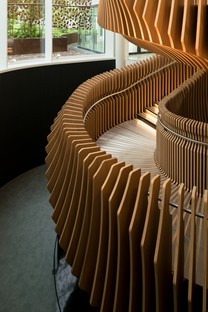 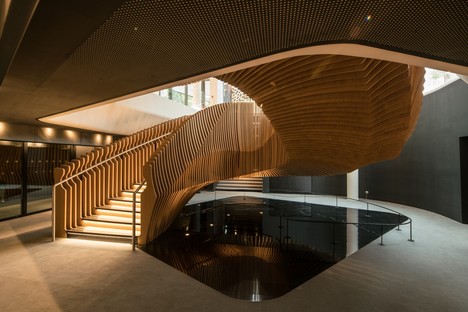 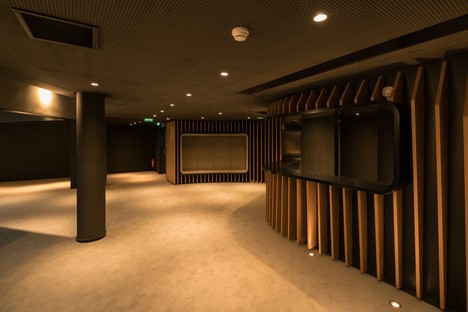 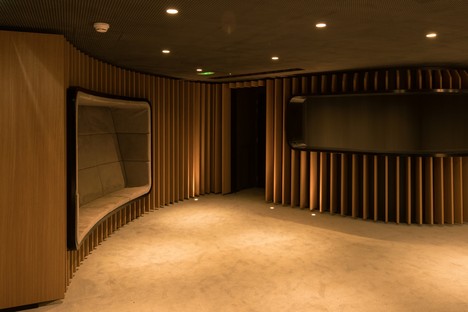 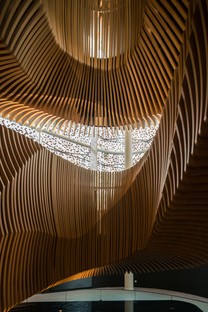 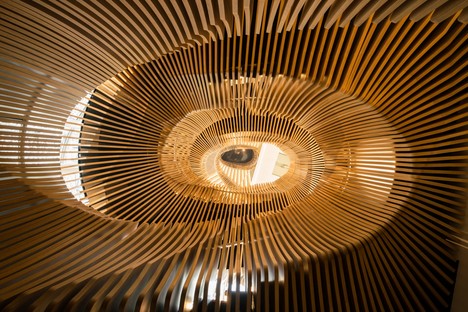 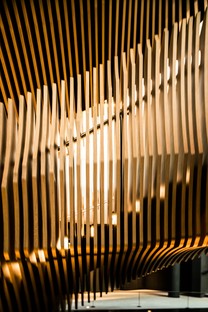 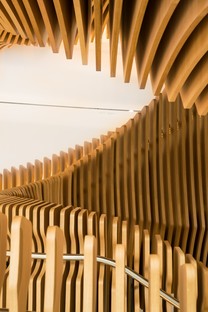 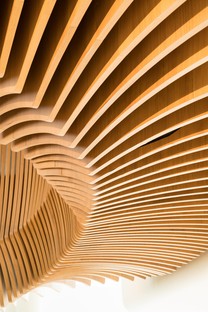 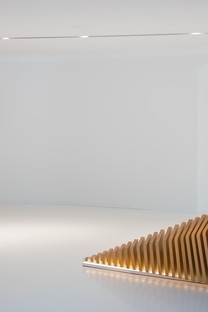