The Olivetti buildings in Ivrea: a journey through the 20th century in Italy.

From rationalist architecture to industrial design, between the 1930s and 60s. 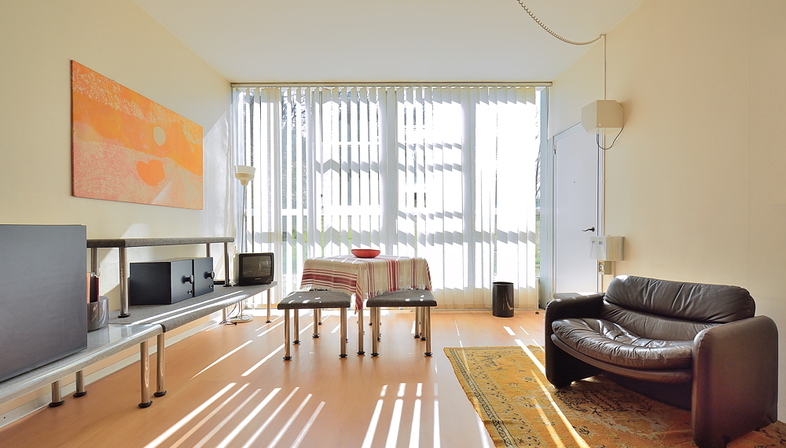 Adriano Olivetti was the first to address the issues of the environment, protection of local communities and compatible development. He warned us that natural resources were not infinite, and took direct action on initiatives he considered useful to the community.

Worth visiting:
MAAM – Museum of Modern Architecture in Ivrea
A review of the architectural projects Adriano Olivetti left us is the best way of understanding the dreams and plans of a man who was one of the truly outstanding minds of his day. Opened in 2001, the “Museum” of Modern Architecture in Ivrea is an itinerary almost 2 km long illustrating Olivetti’s adventures: from constructions by architects Figini and Pollini such as the Olivetti plant, the nursery, an apartment building containing 24 units and social services, to the cafeteria designed by Ignazio Gardella, Nizzoli and Oliveri’s houses, Eduardo Vittoria’s projects (such as the 1955 Study and Experience Centre), those of Gabetti and Isola, such as the underground “crescent” of the Western Residential Unit, and more recent buildings such as Gino Valle’s Office Building 2.

Via Jervis, the road on which the Olivetti factory has been located since it was founded in 1896, is the main street in an itinerary to be travelled on foot, which branches out in different directions, extending over the slopes of the hills to the left and right of the factory. Explanatory panels at strategic points along the route provide visitors with key information about the buildings. The itinerary makes it possible to appreciate the environmental quality and natural features of the site, preserved even in the factory’s golden years and now accentuated by de-industrialisation, in which the constructions are distributed here and there, “like paintings in a collection”.

Nursery - Luigi Figini and Gino Pollini
The nursery for Olivetti employees’ children was opened in 1941 in Borgo Olivetti in Ivrea. Architects Luigi Figini and Gino Pollini designed functional spaces divided into rectangular blocks in the rationalist style, clad in local stone. The garden follows the curves in the level of the diorite rock, and inside, with a layout centred around different activities which was later to become a model for many other projects, are specially designed wooden toys, such as an elephant-slide and big baskets with wheels for moving the children around.

Study and Experience Centre - Eduardo Vittoria
The study centre, which opened in July 1955, is a well-reasoned construction, the product of lengthy study; a free-form structure which creates a sensation of motion, even though it is ordered on the basis of geometric lines corresponding to a cross with four asymmetrical arms departing from a central body. Architect Eduardo Vittoria had a lot of freedom of choice in the project: there were no limitations on spaces or shapes, though the vicinity of Figini and Pollini’s significant plant buildings, which were being expanded at the time, made it more difficult to come up with a satisfactory solution. As he himself wrote in “L’Architettura” magazine, Eduardo Vittoria drew his inspiration from the great masters: “Wright’s spatial invention, Mies van der Rohe’s linguistic rigour, the eighteenth-century Italian tradition, from Vanvitelli to Valadier”. He was convinced that “there is nothing new to invent in modern architecture, but there is a lot to study, to elaborate on the themes our masters have already come up with”.


Cafeteria - Ignazio Gardella
Ignazio Gardella, winner of the 1955 Olivetti National Urban Planning and Architecture Award, designed the new cafeteria for Olivetti employees. The chosen site was a green area at the foot of the hill on which the Monastery of Ivrea, the ancient home of the Olivetti family, was located, only a stone’s throw from the factory. The company considered it important that employees could not only enjoy a good lunch but relax their eyes and minds by taking a break in a natural setting. And to make the lunch break even more enjoyable and relaxing, the cafeteria has big windows with views over the surrounding landscape. The building, opened in September 1959, incorporated two underground levels containing the kitchens and two levels of dining rooms above ground.

Office Building - Annibale Fiocchi, Marcello Nizzoli and Gian Antonio Bernasconi
The construction of the building, which reflects the image of Olivetti management, began after Adriano’s death, around the year 1961, and was completed three years later. The design is by architects Annibale Fiocchi, Marcello Nizzoli and Gian Antonio Bernasconi, who also designed the 1954 Olivetti office building in Via Clerici in Milan. The layout consists of three arms hinging on a central core, a clear reference to other projects such as Eduardo Vittoria’s Study and Experience Centre. The volumes join in a way which establishes a dialogue with the building’s surroundings, which was however compromised in 1986 with the construction of a second office building, designed by Gino Valle. The entrance to the building features a spiral staircase with a hexagonal shape, decorations and graffiti by Nizzoli and a bas-relief by Andrea Cascella. The differences in the orientation of the façades suggested a change in the way the windows were installed: the east and north-east facing windows are positioned on the outside, while the southwest and northwest facing windows are on the inside. This results in differences in the façades, echoing Nizzoli and Oliveri’s studies for the building containing eighteen apartments constructed in Corso Jervis, almost right across from the office building; they correspond to more even ends, due to the particular shape of the volumes.

Permanent exhibition “One hundred years of Olivetti: industrial design”
Put together by the Olivetti historical archives in 2008, the exhibition recreates the story of a company that was on the cutting edge of technical excellence and social responsibility, of taste and of exports of Italian products.

Tecnologicamente Museum
A museum that is about more than just conservation: it is above all about action, hosting educational workshops, temporary exhibitions, and artistic projects and workshops that make great technological innovations accessible to all.


Western Housing Block
Though it was built almost ten years after Adriano Olivetti’s death, Talponia (as the locals nicknamed it) is an unusual, almost utopian building. Dug underground, made using the latest new materials and built to blend into the land around it, it is one of the greatest architectural achievements inspired by Olivetti.

City Hall and central Ivrea
Adriano Olivetti was not only very much a part of his community, he also served as mayor of Ivrea. A stroll around the centre of this very old city adds further interest to a visit, in a constant dialogue between the recent past, the remote past, and the present. Interesting sights in the old city centre include the hospital building designed by Gardella and Magnaghi; the suburban neighbourhoods of Canton Vesco, designed by Annibale Fiocchi, Marcello Nizzoli, Gian Mario Olivieri, Ludovico Quaroni, Mario Ridolfi and Wolfgang Frankl, Canton Vigna, Bellavista, and Cirst, all included in the Maam itineraries, which however centres around Via Jervis.

Where to eat
La Mugnaia is named after a historic figure in the city’s famous carnival. A pleasant location with a small, well cared-for garden in summer; good price to quality ratio. There are two special tasting menus, and the cuisine is fun, attractive and creative – without ever overdoing things. 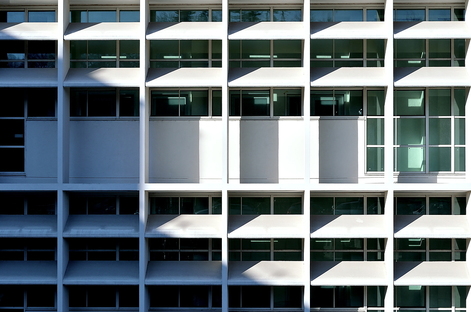 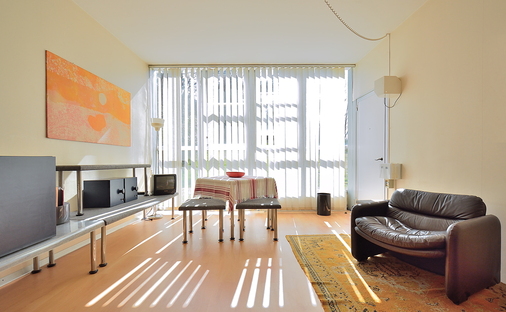 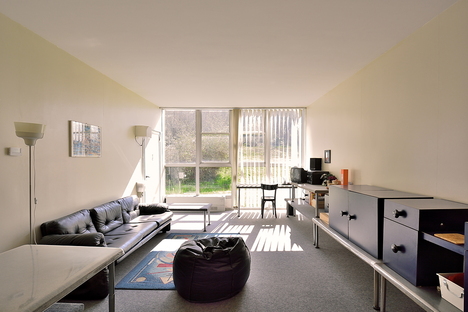 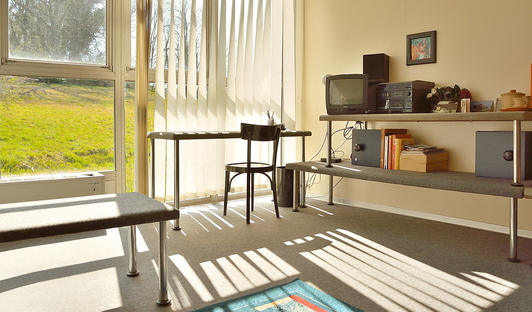 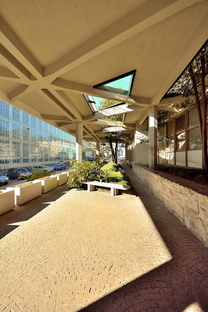 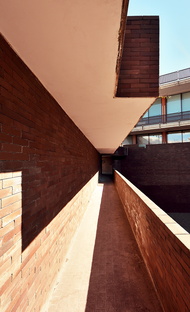 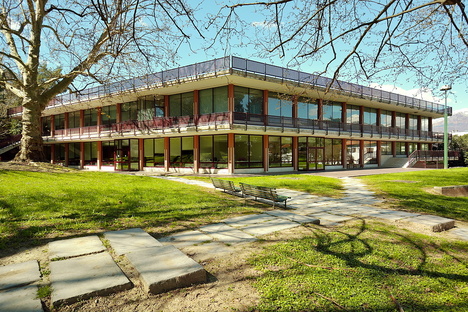 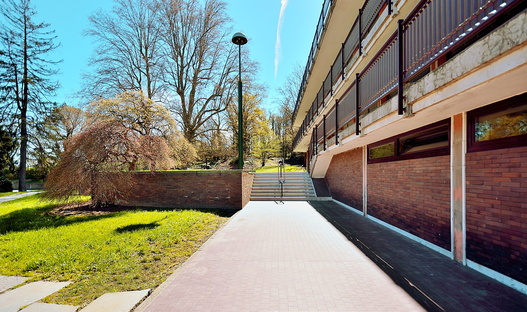 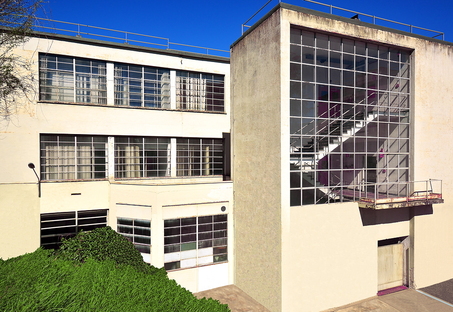 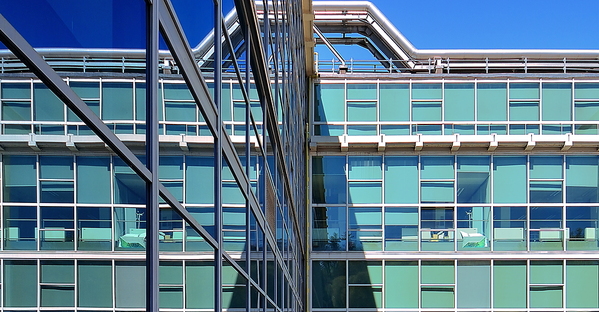 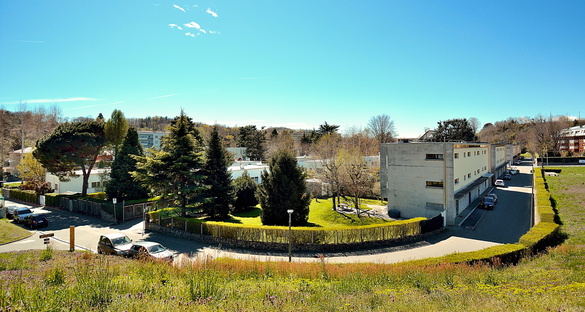 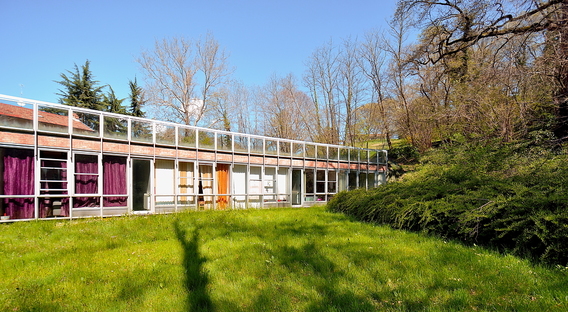 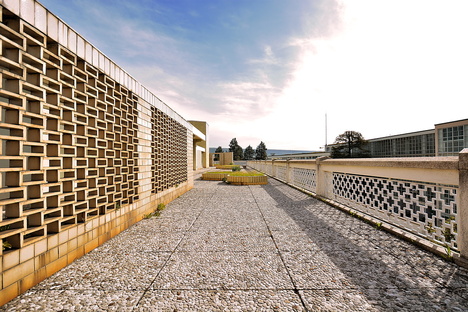 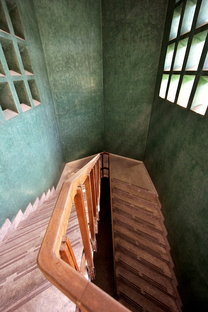 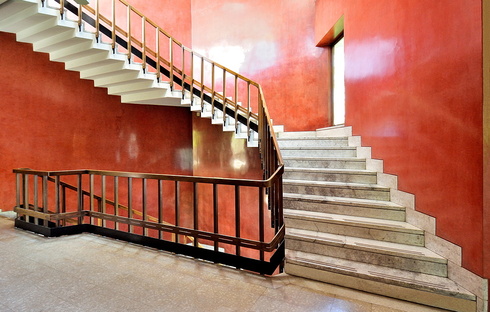 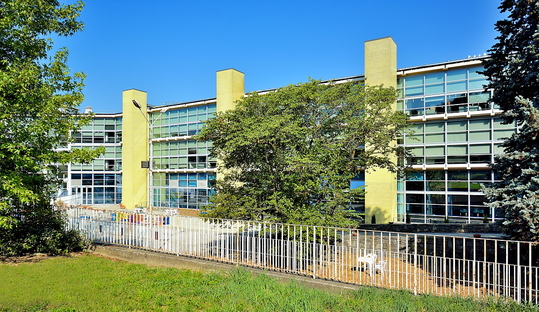 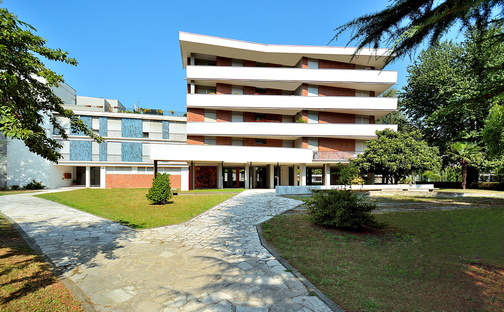 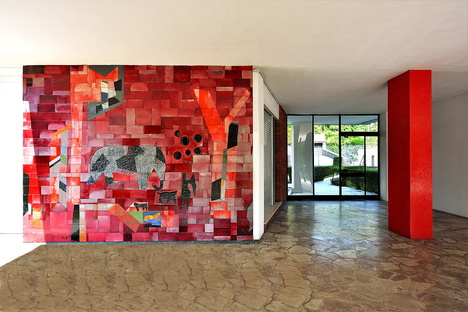 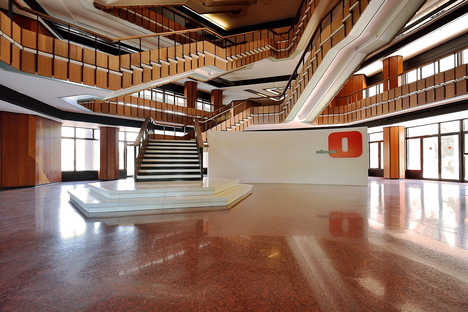 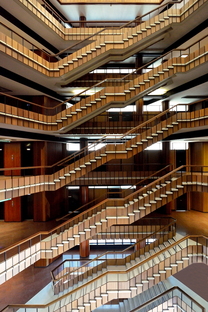