Unlike the constructions of the great era of social housing all over Europe in the 50s, which often had a negative impact on quality of life, the Kamaleon housing development by NL Architects successfully mediates between the large number of residential units and the development’s inclusion in its urban surroundings. 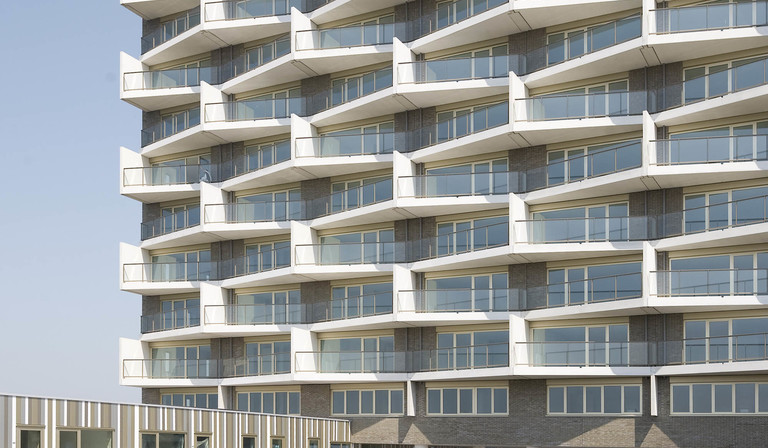 In Amsterdam - Zuidoost, a stadsdeel south of the capital, there is an “ urban wall” designed by NL Architects and completed in 2012. The epithet describes the imposing residential project the well-known group of Dutch architects has designed, going beyond the European social housing projects of the second half of the twentieth century, in which repetition of a single module dictated the compositional ideology. For the Kamaleon is based on variation of standardisation, contradicting many of the failed canons of the past.
The first variation is typological: the complex does not contain houses only, but also shops, occupying the entire ground floor. The shopping level, with its windows and entrances on the street, invites everybody to use the centre, both residents and passers-by, so that it will not become a ghetto, but be opened up to the city as a container for services. The parking is not underground, but on the second and third levels of the complex, ensuring better ventilation; these floors have a cement façade covered with bricks alternating with high windows which give strong character to all the walls in the block. On the four top floor levels, characterised by the apartment balconies, the Kamaleon becomes an urban wall, forming a true barrier against the noise and visual chaos of the city street below, Karspeldreef.

Unlike many intensive housing developments in our suburbs, the Kamaleon succeeds in providing variation in the façades thanks to the design of the balconies, a zig-zag design which is offset in relation to the levels above and below at every point, adding dynamism to the whole. The design of the jutting elements emerges from the façade thanks to the white cement structure, the glass railings and the brick covering the walls: an aesthetic more reminiscent of luxury hotels than of conventional social housing.
On the other side of the wall is a big private hanging garden, with stone paths along an artificial “river” above the second level of parking spaces. As we go inside, we discover that the Kamaleon is not a wall but a courtyard closed in on four sides, containing residential units overlooking a quiet, private garden. But protection of these values does not make the building into an impregnable fortress isolated from its surroundings: it encourages sharing of values, on the basis of an approach which is very common in the Netherlands. The presence of a large green area beyond the northern façade encouraged the architects to create interruptions in the corresponding apartment block to ensure that the public park is perceived as a visual extension of the hanging garden.


In the same way, the majestic tower in the southern block rising above the neighbourhood contains a large opening at the level of the garden on four floors, that is, until it reaches the height of the other 3 blocks in the complex, establishing dialogue between the courtyard and the city, as in the most recent projects by MVRDV. When we get to the Kraaienneststation stop on the raised light urban rail system in Amsterdam, we can see right into the private garden, built at the same height as the tracks. 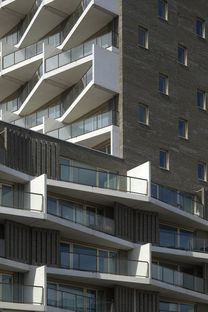 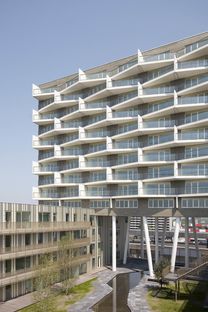 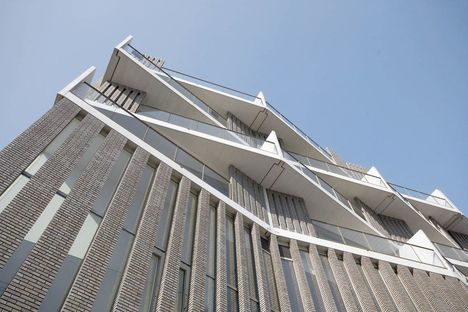 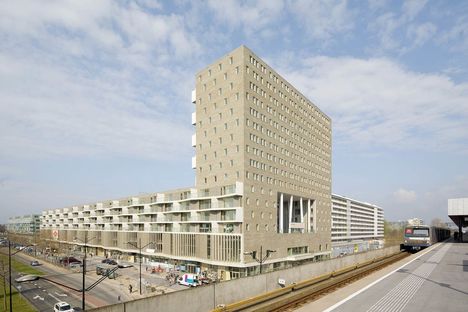 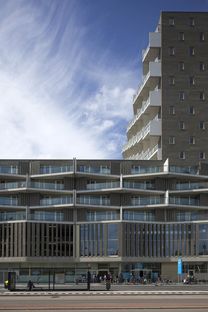 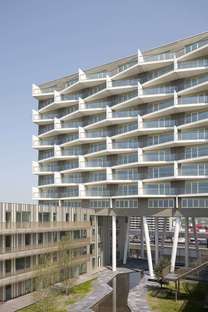 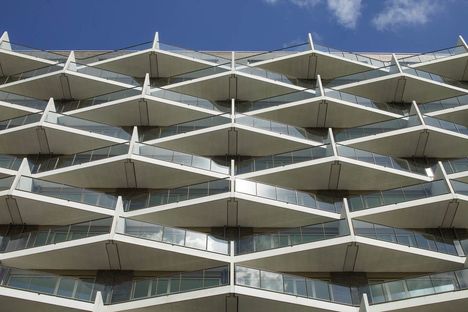 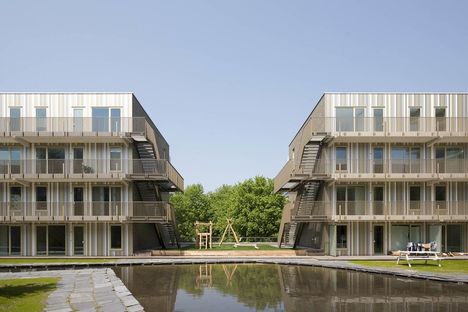 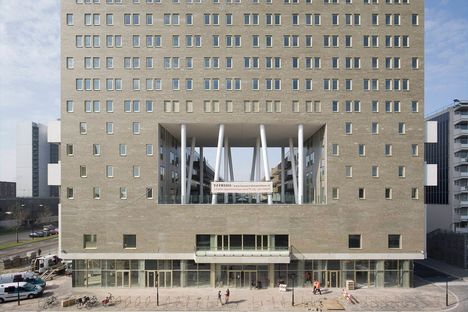 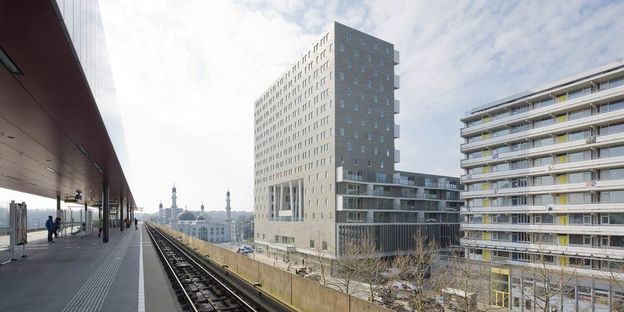 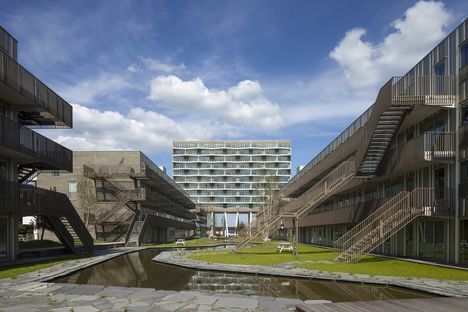