Milano pre Expo: the city square of the future

Pre-Expo Milan inaugurates 17 thousand square metres at Portello; New York opens micro-plazas: a new architectural concept of the plaza is breaking down differences and going beyond fads and new technologies. The city square, plaza or piazza measures the democracy of a community, and is not just a passageway but a vital link holding together the urban and social fabric of the city. 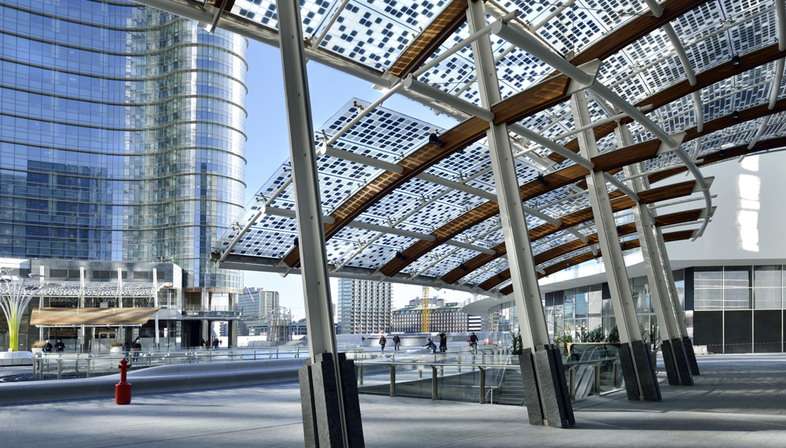 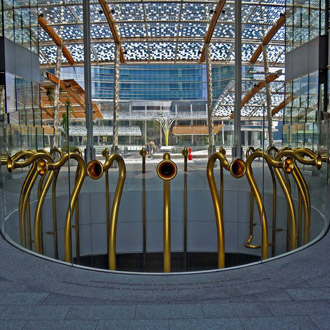 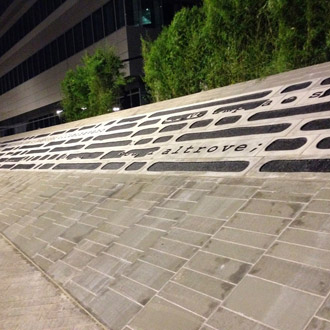 Piazza Gae Aulenti
Piazza Gae Aulenti is a small round plaza raised 6 metres above street level. Designed by Argentinian architect Cesar Pelli to complete the towers of the same name, it is named after a very important Italian architect and designer, Gae Aulenti, who passed away recently. The new square at the foot of Cesar Pelli’s skyscraper in the Garibaldi-Repubblica district is enriched with three round fountains, surrounded by a 105 metre stone bench/sculpture and arcades. Paved in slate, the square measures 2,300 square metres, with a diameter of 80 metres.

Piazza Gino Valle
Piazza Gino Valle in Portello is the biggest square in Milan, dedicated to the historic “father” of the project: architect Gino Valle. The adjacent streets are named after architects Aldo Rossi and Ignazio Gardella, so that three twentieth-century architects and designers are linked with an area symbolising the major urban transformations underway in the city of Milan. The square is home to Emilio Isgrò’s bas-relief entitled “Grande Cancellatura per Giovanni Testori”.
The big sloped pedestrian square is surrounded by three retail and service buildings and opens up like a fan before the former Fiera di Milano building. It rises up to a level of seven metres, continuing in the form of a pedestrian walkway over the existing street to the park, creating the main axis of the entire Portello area. The 17 thousand square metre sloped plaza contains two underground levels and one above ground, with public and private parking spaces for the buildings, services areas, retail space and a restaurant.

Spiazzo di Via Marconi
The Museo del Novecento designed by architects Italo Rota and Fabio Fornasari has an open space before it which plays an important role in the city despite its small size, promoting relationships, encounters and socialisation among the museum’s visitors. Built on a human scale, it is perfectly suited for slaking the thirst for culture and knowledge.

Piazzetta dei Filodrammatici
Architect Carlo Ratti, who designed the expansion on the Caffè Trussardi with an enclosed outdoor space and a hanging garden on its roof created by botanist Patrick Blanc, contributed to the new image of the Piazzetta dei Filodrammatici. The project is inspired by the consideration that every virtual relationship must be reflected in physical reality.  Networks expand, and the most direct consequence of this is the increased importance of the Piazza, the town square: what people need today is intimate spaces sheltered by buildings constructed to serve the citizens. Spaces where they can work, permitting uses of public space that allow citizens to reconquer space and take care of it.

Going against this trend, and thinking of the city squares of the future, the city of New York believes that the excesses of oversized architectural spaces in which the arenas of social life are often physically impossible to construct are now a thing of the past, and offers the alternative of micro-plazas built to serve the city, as in the NYC Plaza Program.

NYC Plaza Program
The NYC Plaza Program is intended for non-profit organisations, which are to present plans for plazas in every part of the city. The goal is to create neighbourhood squares so that New Yorkers will be able to walk to urban spaces where they can meet and spend time together.
Urban itineraries with truly lived-in city squares, such as the High Line, a park created along an unused railway line; the Four Freedom Park; the plans for redevelopment of Times Square; the Grand Army Plaza Greenmarket; and above all Brooklyn Bridge Park, a super-park with amazing views symbolising an unprecedented urban development project for the city of New York, aimed at converting a huge amount of space in the city.
The plaza as a direct expression of a multi-ethnic community, as proposed in a video in the Italian Pavilion at the Biennale in Venice subtitled “La vita si adatta agli spazi che si adattano alla vita” (“Life adapts to spaces which adapt to life”).
In conclusion: what is the true charm of the piazza? – The fact that it doesn’t have opening hours, like a shopping centre, so you can come and go whenever you want. The piazza is the direct expression of a community, of a series of people who live together and see each other every day. 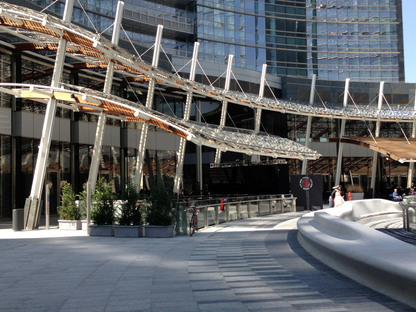 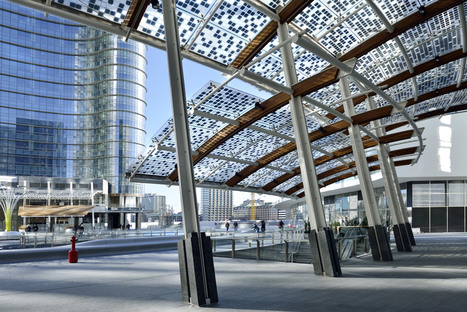 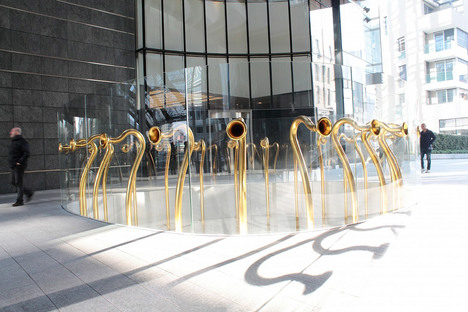 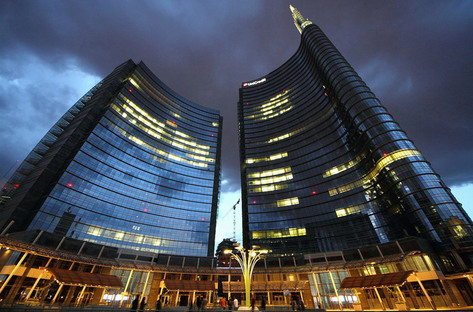 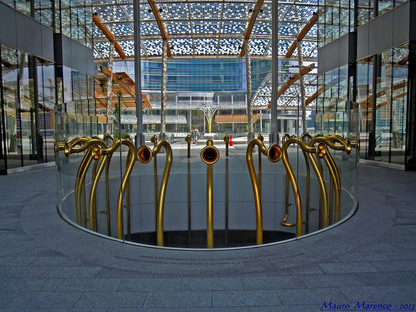 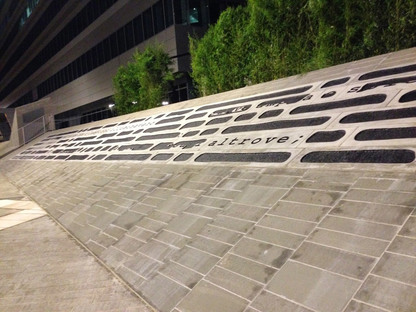 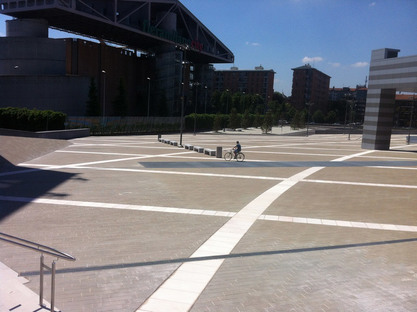 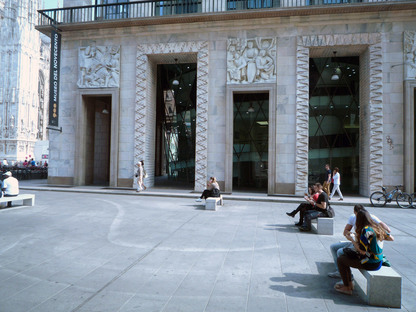 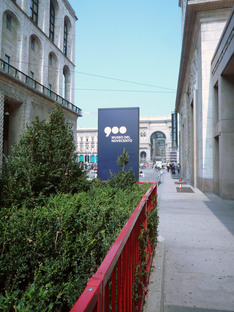 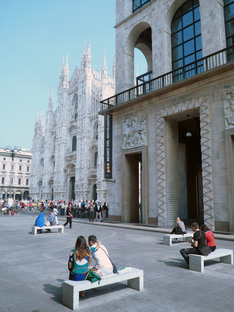 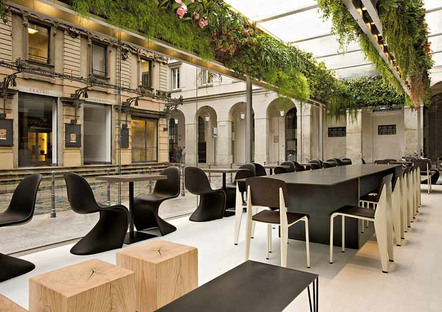 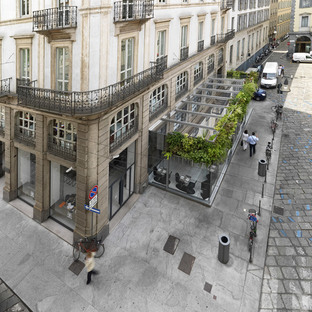 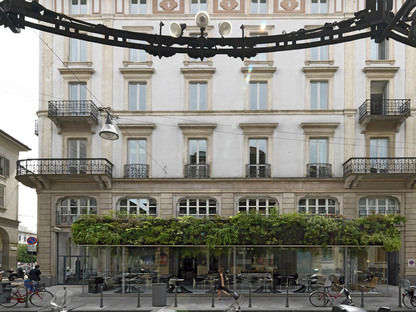 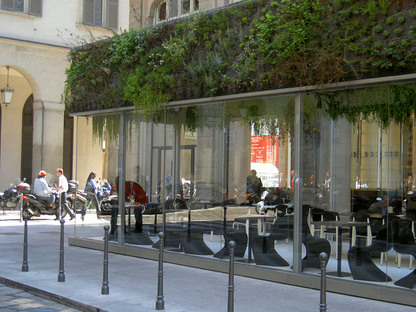 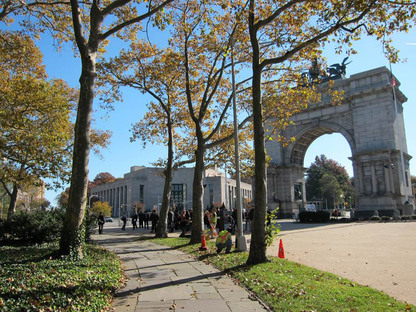 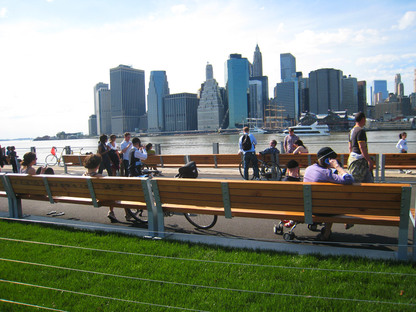 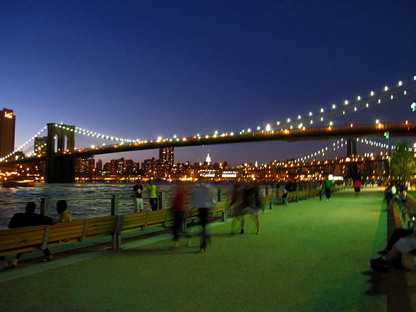 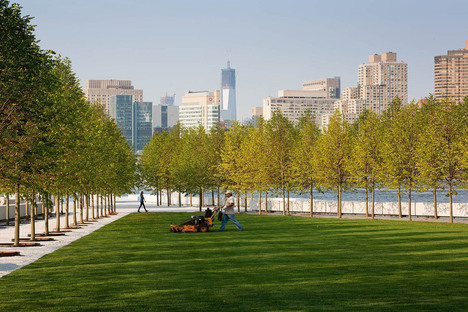 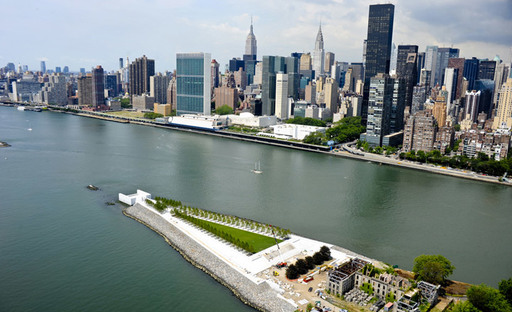 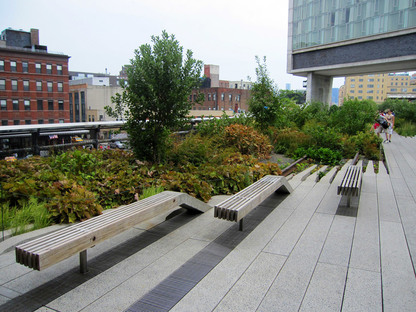 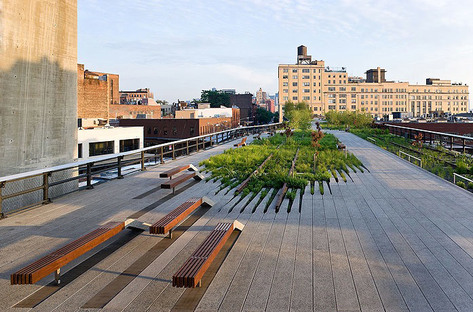