Miguel Ángel Aragonés has designed a hotel in which luxury takes the form of a building that challenges the laws of nature. Mar Adentro hotel and residences in San José del Cabo is built over a series of artificial pools sloping down to the sea, in a project demonstrating the influence of Mies van der Rohe and Louis Kahn. 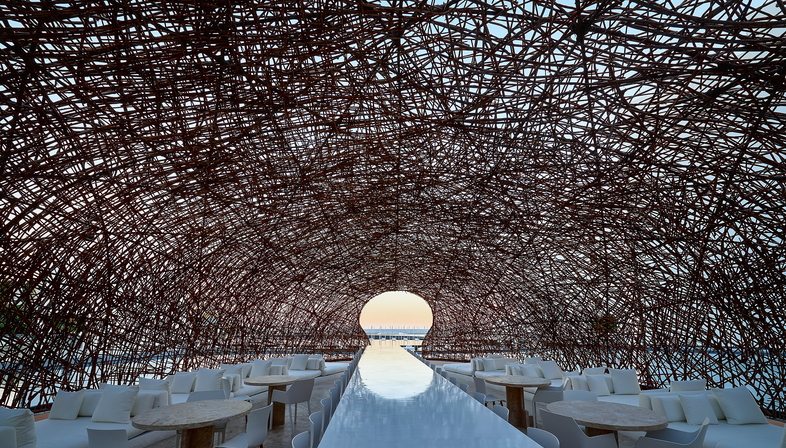 Located in San José del Cabo, on the southern coast of the Baja Californian peninsula, Mar Adentro is a luxury resort designed by Mexican architect Miguel Ángel Aragonés. Here, where the desert joins the sea and the Gulf of California joins the Pacific Ocean, is a long stretch of coast dotted with hotels; from Paseo Malecon San Jose, the building conquers a stretch of land which is transformed into water.
In the Mar Adentro project, Aragonés challenges the laws of nature to build on water, that is, on a series of artificial bodies of salt water, from which the building emerges as if it had always been there. The bright white concrete surfaces and travertine cladding are choices resulting directly from the colours of the desert, so that this project of colossal size and ambition appears to belong perfectly to the site.

The 205-room hotel is an architectural project which literally opens up to attract marvel. Following the first reception building, a series of white residential blocks is arranged obliquely along two sides of the lot, creating a central perspective from the entrance toward the sea. Set a certain distance apart, the blocks at the side do not cast shadows on one another, but reinforce their vigour like so many menhirs. The walls facing the main building are mute and impenetrable, but on the side facing the sea they are broken up and appear for what they are, modular compositions of luxurious top quality prefabricated rooms which have been put together on site. Miguel Ángel Aragonés emphasises this fact, and points out that he learned a lot from the company that made all the furnishings for the residences, Poliform of Italy.
The volumes rise up directly out of the water of the artificial pools and seem to float on them, creating an alienating effect of incredulity. Many of the rooms directly overlook the saltwater pool, so that the restaurants and a series of pathways allow guests to literally walk on water. The complex has four levels sloping gently down down from the road to the ocean.

The image is that of a citadel on the water, perhaps inspired by what Louis Kahn had in mind when he designed the Parliament Building in Dhaka; or perhaps, as Miguel Ángel Aragonés says, it simply expresses the relationship between architecture and water summed up in Mies van der Rohe’s pavilion in Barcelona. 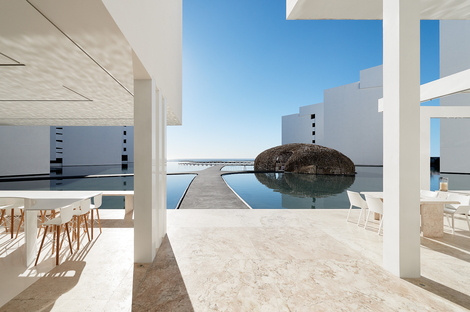 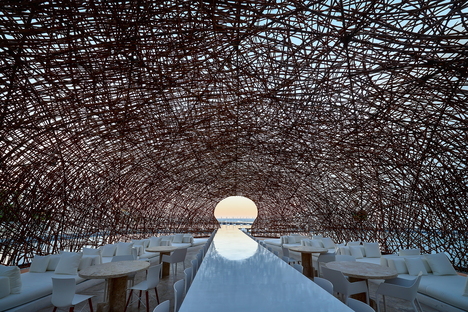 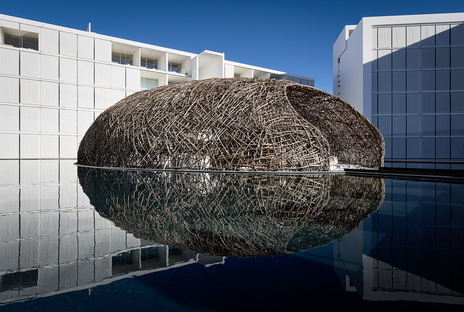 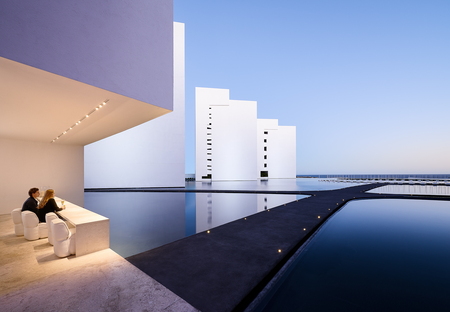 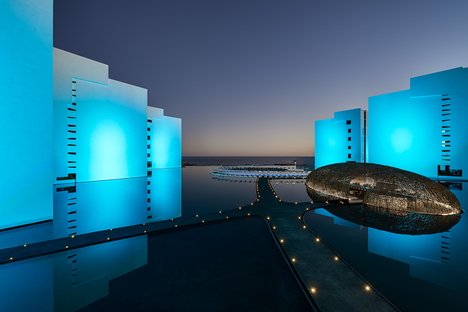 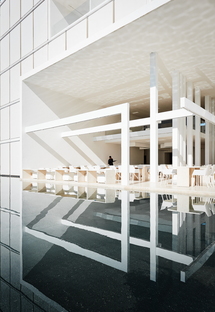 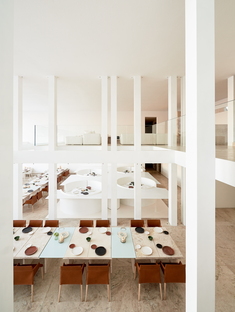 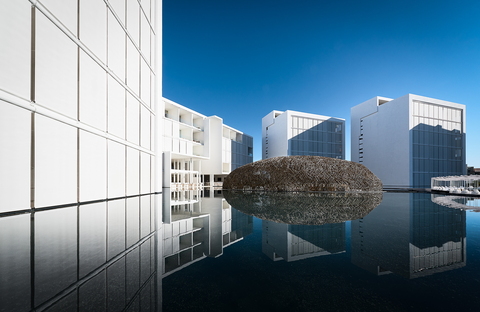 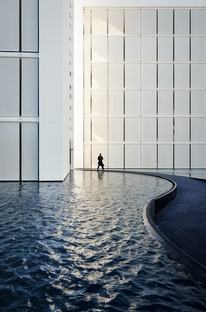