Mecanoo and Francine Houben, the studio’s creative director and founding partner, appear in the twenty-second episode of The Architects Series, the exhibition format presented by THE PLAN magazine for the Iris Ceramica Group. In the video “The Architects Series – A documentary on: Mecanoo” and lecture by architect Francine Houben, webinar participants will discover the international architectural studio’s works and approach to design, the modus operandi they applied to Heungkuk Tower, one of the studio’s most recent projects, in Busan, South Korea. 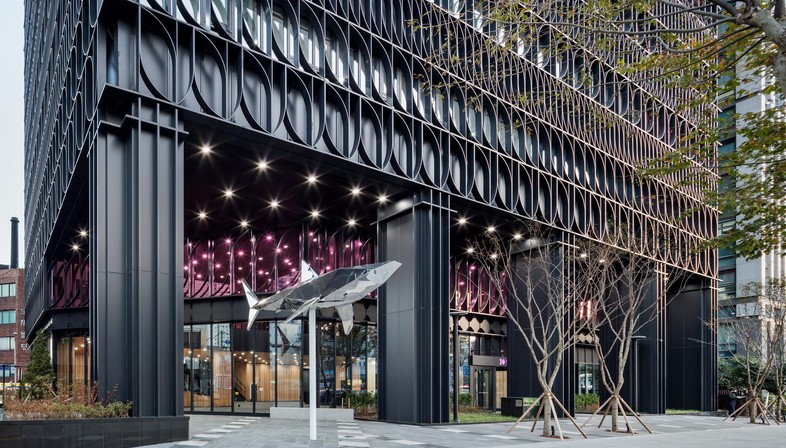 On Thursday, 28 April, the twenty-second episode in The Architects Series, the exhibition format presented by THE PLAN magazine for the Iris Ceramica Group, focusing on international architectural studio Mecanoo, will be live streamed from the Iris Ceramica Group’s Berlin Flagship Store.
The video “The Architects Series – A documentary on: Mecanoo” will take participants behind the scenes at the architectural studio founded in Delft in 1984, which now has a multidisciplinary staff of professionals from 25 different countries all over the world. Francine Houben, the studio’s creative director and founding partner, will hold a lecture entitled "People, Place, Purpose, Poetry" introducing attendees to the three key points (people, place and purpose) underlying the studio’s approach to design and guiding all its projects, including the recent Heungkuk Tower in Busan, South Korea.

Heungkuk Tower is an office building in a densely populated area near the high-speed railway grid serving Busan, South Korea’s second biggest city. On the top floor of the skyscraper is a rooftop garden enclosed in the same pattern as the façade, an area available for informal meetings and events with panoramic views over the nearby port and the surrounding district.
The black and fuchsia façade, in the colours of the client company’s logo, is the element that makes the project stand out, formed through repetition of a number of different linear geometric elements composing a decorative motif that frames the panoramic views and filters the sunlight. The result on the façade, as in the interiors it shelters, is creation of shade effects and atmospheres that change over the course of the day.
The building responds to the dynamism of the neighbourhood around it. Its relationship with its surroundings changes with the light conditions outside, and therefore with the seasons and over the course of the day. At night, when it is the inside of the tower that is lit up, the characteristic design of the façade is clearly revealed to its surroundings, as if the whole tower were covered with delicate lace.

Images Heungkuk Tower Busan: courtesy of Mecanoo, photo by Kyungsub Shin
"The Architects Series – A documentary on: Mecanoo" image and video: courtesy of THE PLAN

To participate in the webinar “The Architects Series – A documentary on: Mecanoo,” register via the following link:
https://webcast.irisceramicagroup.com/mod/page/view.php?id=220 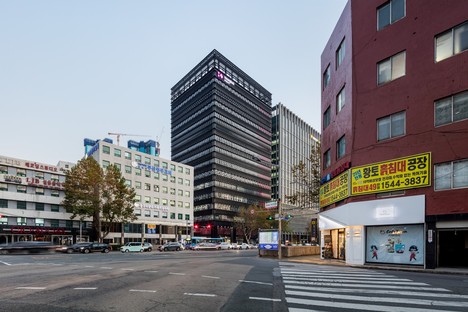 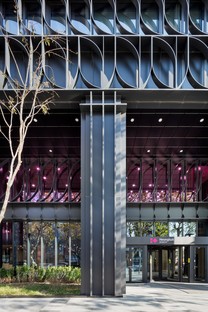 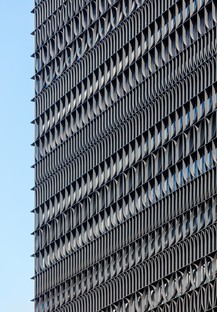 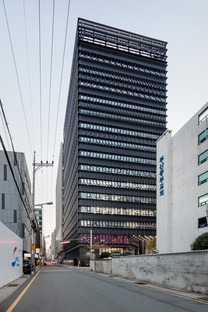 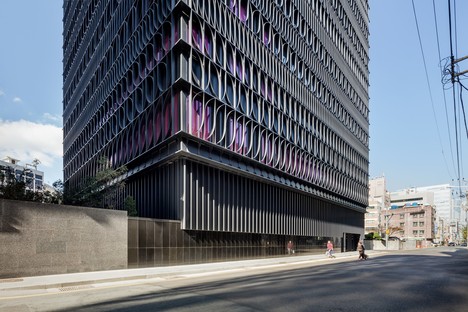 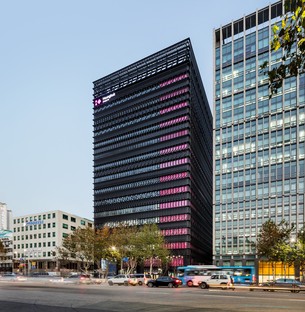 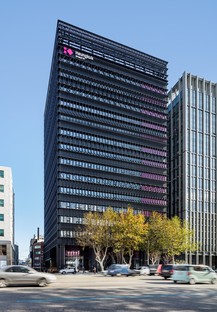