We wish you a Merry Christmas with a story about a very special project: “Il Natale di Francesco”, a project under the artistic direction of architect Mario Cucinella, made up of light and images that combine art with advanced technology to bring the world a message of hope from Assisi, in the heart of Italy, in this difficult year. 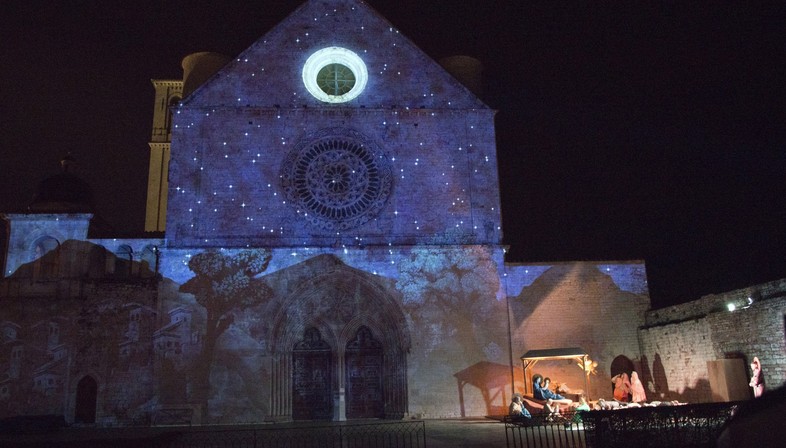 Architect Mario Cucinella, founder of MC A Mario Cucinella Architects, is the artistic director of Il Natale di Francesco, a contemporary nativity scene "transforming the streets and squares of Assisi into a new Bethlehem", in which Giotto’s famous frescoes are projected on ten thousand square metres of wall space on the Basilica of St. Francis and other locations in the town.
The project was inspired by an idea by Fra Enzo Fortunato, Alessio Maria Antonielli and Carlo Angeletti, put into practice thanks to the Custodia Generale del Sacro Convento of the Basilica of St. Francis of Assisi, with the involvement of local governments and important partners and professionals experienced in application of advanced technologies to the arts.
“The idea is inspired by the city itself,” says Mario Cucinella. Assisi is renowned throughout the Christian world as the birthplace of St. Francis, patron saint of Italy and the first person to come up with the idea of a representation of the Nativity: Francis set up the world’s first nativity scene in Greccio in 1223, starting a tradition that has since spread all over the world.
Assisi is also an important site for the history of Italian and European art in the thirteenth and fourteenth centuries, home to treasures of inestimable value such as the famous cycle of frescoes in the Basilica, painted with contributions from some of Italy’s greatest artists, including Giotto and Cimabue. The frescoes portray stories from the Old and New Testament along with a cycle dedicated to the life of St. Francis, from which the project borrows images to make Assisi itself into a nativity scene.
The project magically transforms the city every night until January 6 2021 into a “nativity scene of light” coming to life on the walls of the buildings, visible from the valley far below. The restrictions in place as a result of the pandemic do not allow the public to step into the nativity scene, but a dedicated Webapp may be used to follow the route from the Cathedral of San Rufino to Piazza del Municipio and the Basilica of St. Francis, where the evocative images of the “Glass Basilica” break down the façade to offer a glimpse of what is inside. The characters reproduced life-size in 3D in the nativity scene are taken from the fresco cycle painted by Giotto and his school, in a dual form of representation allowing the public to physically enter Giotto’s frescoes. The story unfolds on the walls of the buildings through video mapping, projecting the backgrounds of the frescoes, while the statues occupy the space in front of them. On the walls of the Cathedral, for example, the Annunciation is represented, with statues of Mary and the Angel in the square in front of the church, while statues on the right side of the viewer looking at the Basilica of St. Francis reproduce the Nativity. The characters from the frescoes appear in 3D, accompanied by a new kind of “shepherd”: a nurse, in a tribute to the medical workers who have fought the Covid-19 pandemic in this difficult year. 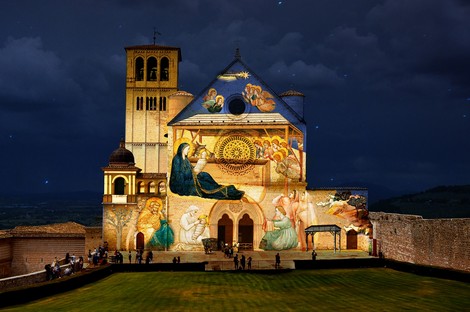 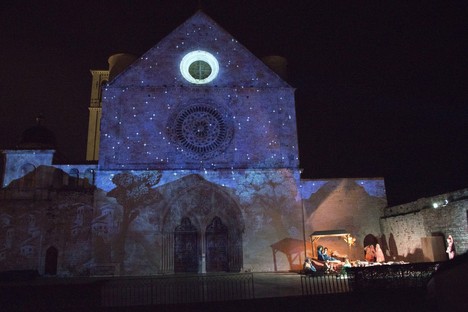 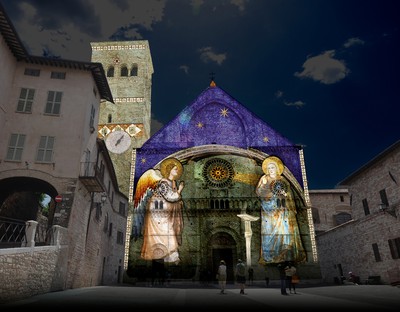 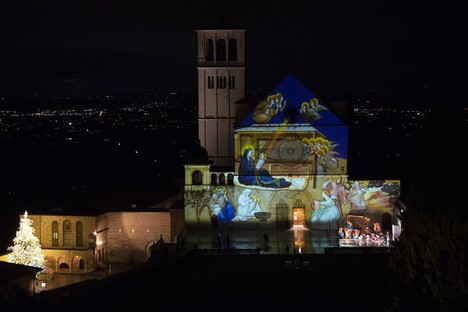 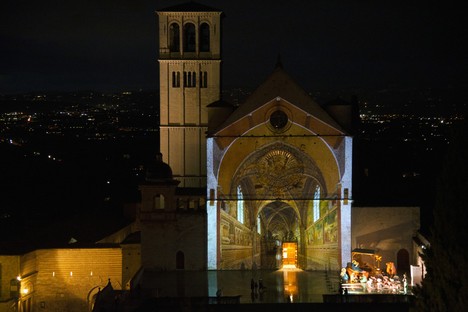 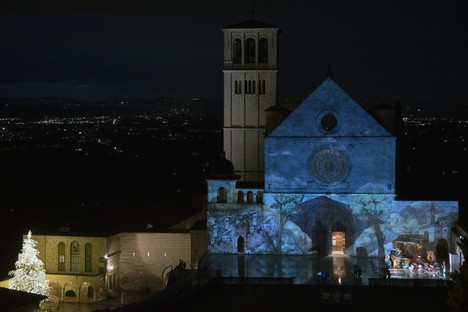 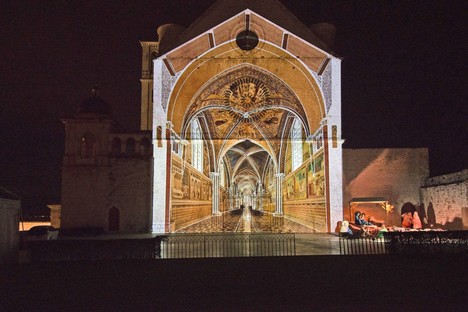 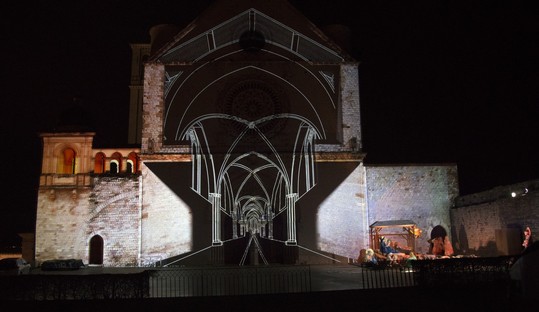 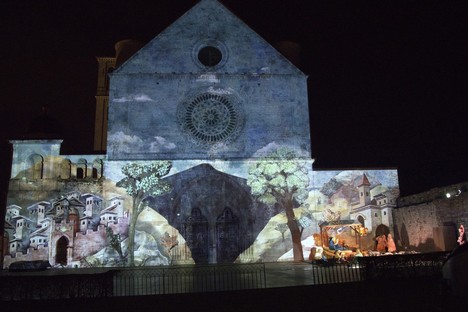