TECLA - Technology and Clay is the first 3D printed eco-sustainable housing model in from raw earth in Massa Lombarda, Ravenna. A project created by the MC A Mario Cucinella Architects studio and the WASP World’s Advanced Saving Project, whose evocative name was inspired by Italo Calvino’s famous novel "Invisible Cities". 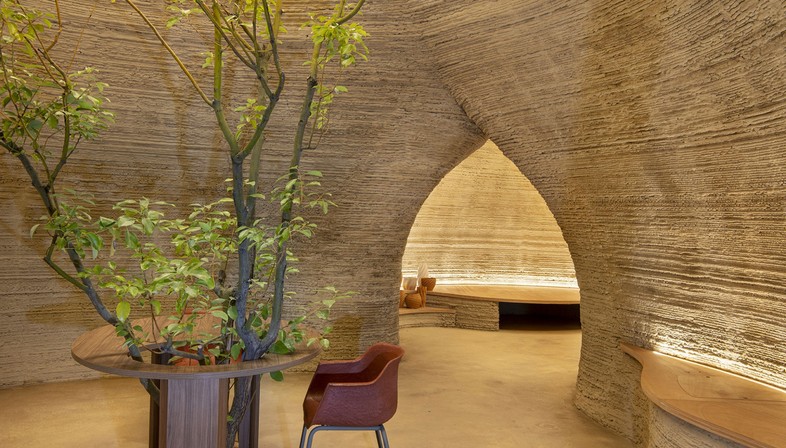 Tecla is the city under continuous construction from Italo Calvino’s "Invisible cities" in which, when asked why the construction of the city would not end, while continuing to work, the residents answered by saying "So that its destruction would not begin". An illustrious precedent that inspired the name TECLA - Technology and Clay, the first innovative 3D printed eco-sustainable housing model in local raw earth in Massa Lombarda, in Ravenna.
The house was developed entirely in Italy thanks to important collaborations. Indeed, it was made possible thanks to research on the theme of eco-sustainability conducted by the SOS - School of Sustainability (Training Centre founded by architect Mario Cucinella), a project by the same architect Mario Cucinella (founder and director of the MC A Mario Cucinella Architects creative studio), together with Massimo Moretti’s vision (founder of the WASP World’s Advanced Saving Project), and thanks to the specific Crane WASP collaborative 3D printing technology. Crane WASP is a modular and multilevel 3D printing technology, designed to collaboratively build construction works. For the first time in the world, two synchronised printing arms were thus used simultaneously and managed using software designed to optimise the movements and to avoid collisions.

A recently completed project, Tecla is a house with nearly zero carbon emissions, with a building envelope produced using a material available directly on site, making it possible to reduce waste and scraps. The project represents the close link between a technological and futuristic production, such as that of 3D printing, with an ancient material like raw earth, used by man since the dawn of time to build homes in every part of the world. The architectural answer developed for the project meets contemporary needs in terms of our current climate emergency, the need for “0 km” sustainable homes (it was built with local raw earth), thus able to represent a quick answer to the global housing emergency. It is, in fact, a model founded on research conducted on vernacular construction practices, on the use of natural and local materials, as well as on the study of climate issues and bioclimatic principles. “The aesthetics of this house are the result of a technical and material effort; it was not an aesthetic approach only. It is an honest form, a sincere form.” – asserted architect Mario Cucinella, explaining how the shape of the house came about in relation to its climate and latitude. Conditions that were also carefully considered in determining the composition of the earth mixture used as the construction material of the building envelope, optimised to balance the thermal mass and to ensure optimal conditions in terms of thermal insulation and ventilation according to the climatic needs. Overall, Tecla takes up an area of about 60 m2 and internally, it is divided into a living area with kitchen and a sleeping area with facilities. Part of the furnishings were created directly during the printing of the envelope and are therefore integrated right into the raw earth structure. Elements that could not be made directly in raw earth, on the other hand, are equally inspired by the same principles and have been designed while making sure that they can be recycled or reused according to future needs. 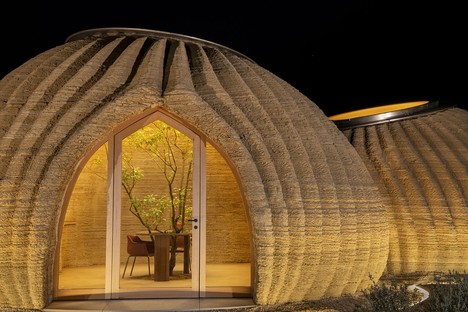 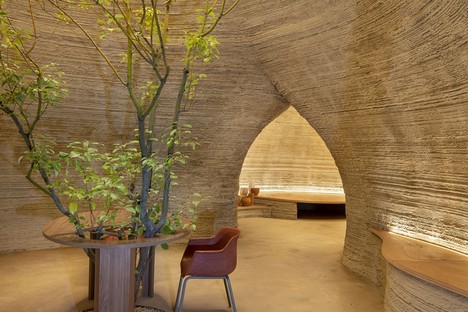 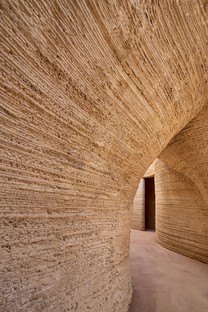 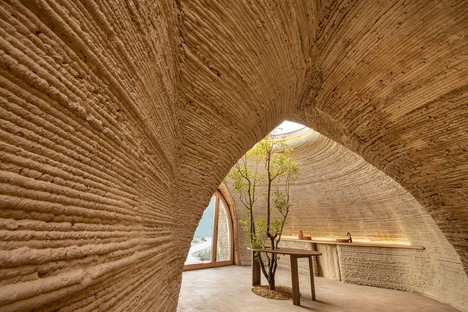 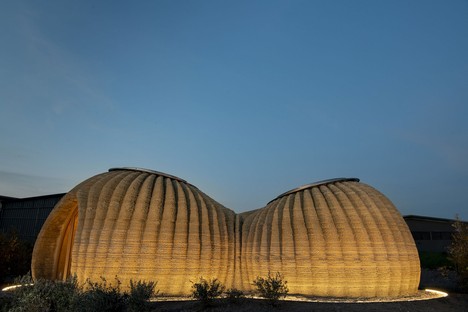 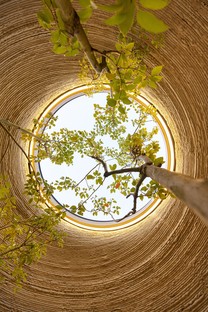