In Huzhou, a city in the Zhejiang Province in Eastern China, the new Huzhou Club Center designed by the Studio Marco Piva firm recently opened its doors. The building is an exclusive club at the service of residents of the new "Change on - White city" residential complex, but also open to the city and to guests. The project is inspired by nature and by the traditional culture of the place, merging the sinuous shapes of Ginkgo tree leaves with the shape and the characteristic ribs of a fan. 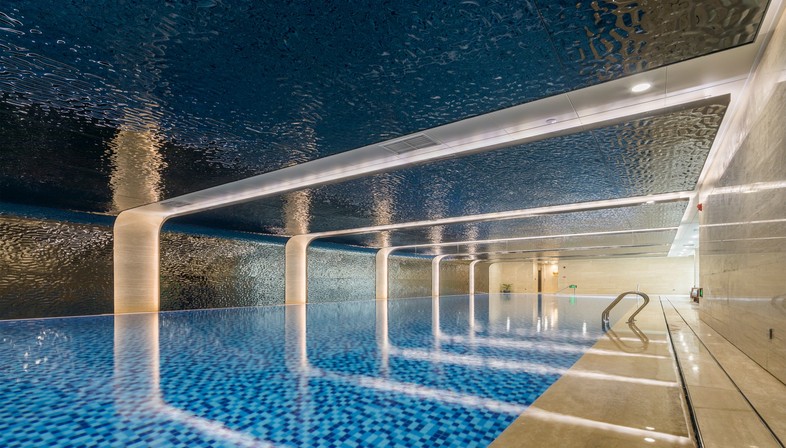 The new Huzhou Club Center designed by architect Marco Piva is located in Zhejiang, one of the oldest provinces in eastern China. Indeed, Zhejiang’s capital Hangzhou was one of the seven capitals of China in the 10th century and was described by Marco Polo in his "Book of the Marvels of the World" as the most beautiful and noblest city in the world. At a distance of 80 km north of the capital city of Hangzhou and south of Lake Tai in the Yangtze Delta we find Huzhou, city where the Club Center designed by the Italian architect was built. The city is located in the very centre of the economic area of the Yangtze River Delta and is known, above all, for the production of silk. Huzhou in fact ranks as one of China’s four Chinese silk capitals and boasts artefacts dating back to over 4000 years ago. The history and tradition of this place are precisely the elements that inspired the architectural concept for the Club Center, together with a strong natural presence: the nearby Lake Tai, the third largest freshwater lake in China, as well as the large parks found in the area, considered as the main urban public spaces, including a Ginkgo forest, the oldest tree in the world.
The new “Change on - White city” residential complex fits into this unique context. And it is within this area, for the exclusive use of residents but also open to the city and to guests, that the Huzhou Club Center designed by architect Marco Piva was built.

The Club Center is a building characterised by a regular geometry and divided into three activity areas: leisure, on the ground floor where the reception, lounges and rooms for sports activities can be found, entertainment on the first floor featuring a lounge bar, billiard room, wine cellar and other spaces and finally wellness in the basement with a swimming pool, sauna and relaxation area. All enclosed in a well-defined volume that at first sight appears full and serious, but which is instead "emptied" by the large windows of the façade and by the full-height entrance hall. This welcoming and scenographic space features a number of iconic elements specifically designed for it such as a large glass and metal chandelier, which extends for the entire height of the hall and the marble and steel reception desk. The project includes other iconic elements designed to enhance the space, such as the glass partition wall of the cellar, which also becomes a display stand for the wine bottles, or even the washbasins in the bathrooms, designed as metal monoliths. All the various elements are made of very different materials. The architect is, in fact, searching for a strong material contrast that adds dynamism and character to the environments. The contrasts and geometries of the spaces are in turn highlighted and enhanced by a carefully designed lighting, with the addition of elements such as light gorges set in the false ceilings and backlighting of the key visual points. The design elements draw their inspiration from nature, such as the shape of the Ginkgo leaf, as well as from the history and tradition of the place, with the archetypal shape of a fan, which also inspired some of the artworks found in the different environments. In the billiards room, for example, the work made of marble and metal recalls the circular opening movement of a fan. 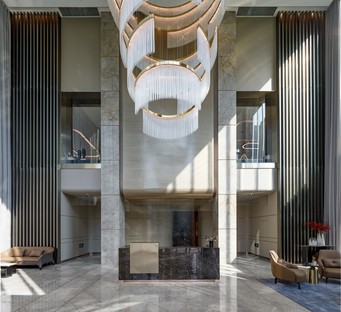 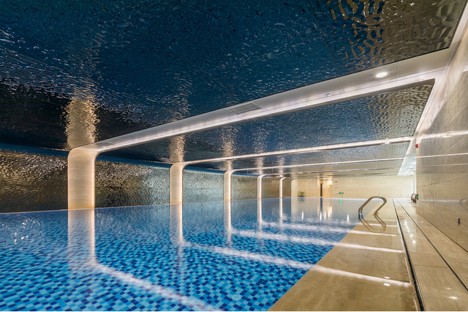 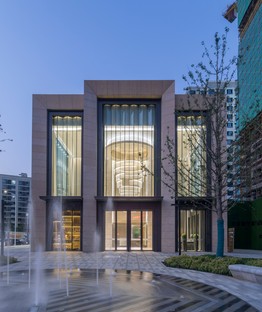 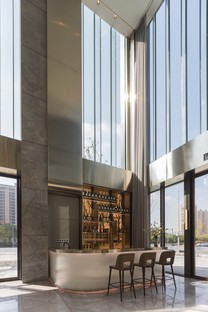 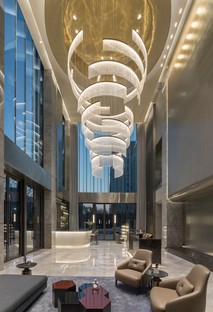 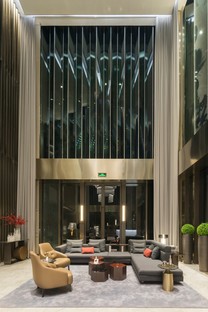 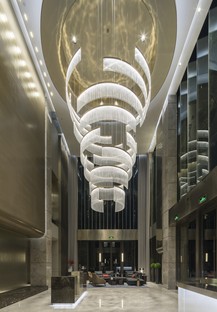 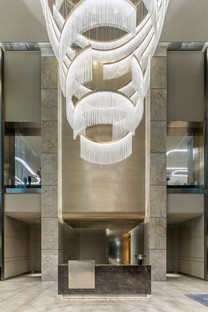 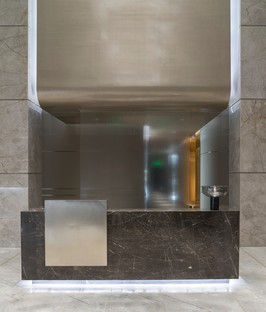 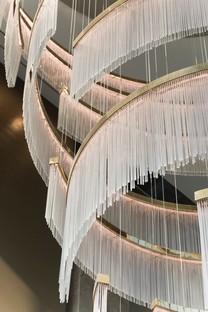 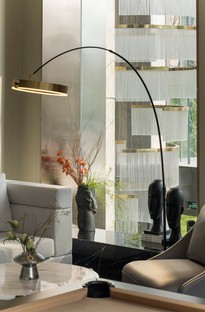 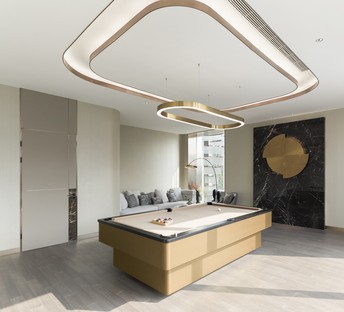 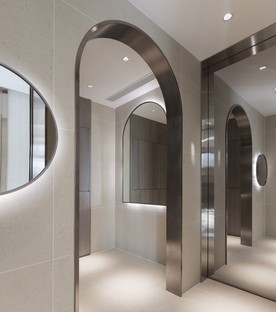 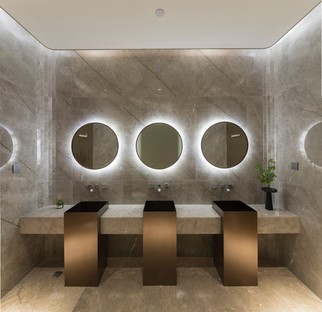 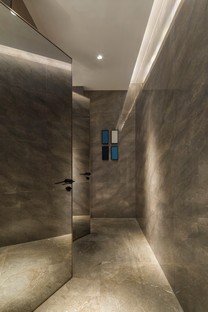 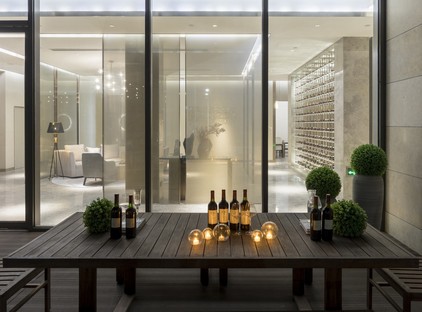 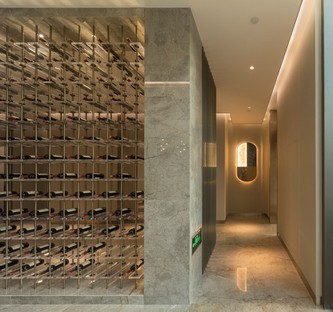 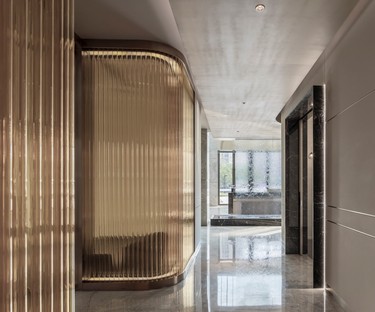