Lund Hagem's Norwegian studio designed a sculpture museum to house works by artist Knut Steen on the hill overlooking Sandefjord Bay. The construction is made out of only two materials, concrete and glass, to ensure that attention is focused on the work of art in space. The layout offers a perspective on nature. 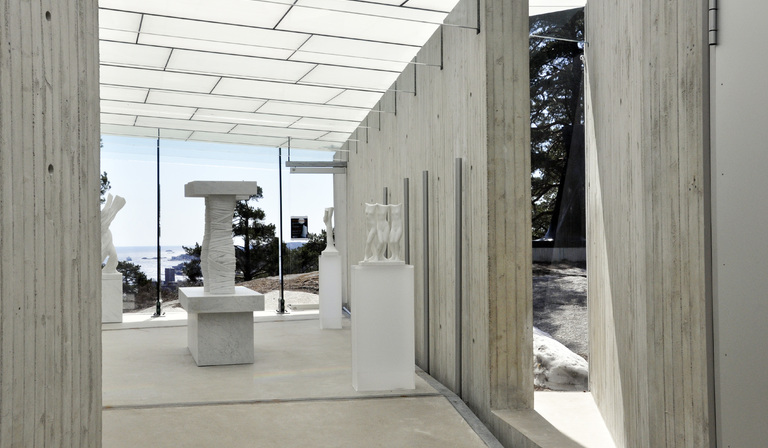 A new project by the interesting Norwegian architectural studio Lund Hagem, Midtåsen sculpture park is a work of contemporary architecture that sits gracefully on a piece of land extending out into Sandefjord Bay. Its binocular-shaped layout creates a perspective which underlines the relationship between art and nature.

The story behind the project began when the city government in Sandefjord, a town on the fjords of southern Norway, decided to purchase a number of sculptures by the late Norwegian artist Knut Steen. There was a need to find a place to exhibit the works, and the municipality purchased 60 acres of land in Midtåsen and opened the villa on the land, built in 1933 by architect Arnstein Arneberg for shipowner Anders Jahre, to the public. A luxuriant forest of pine trees surrounds an existing sculpture garden, at the end of which a new pavilion was built to house Knut Steen's marble sculptures.
The tension generated by the search for artistic beauty through natural beauty is summed up Lund Hagem's building, an “altar” made of concrete with a glass roof.

In this open-air museum the architect ensures that the marble sculptures are protected without isolating them from their context, recreating a museum with controlled temperature and lighting conditions. The pavilion has three concrete walls defining its space and a glass roof which rests on them, creating a sense of openness in this sheltered, circumscribed space.

The layout is shaped like a pair of binoculars, starting with an entrance with a glass door, announced by a rust-red corten monolith recalling the natural hues around it. The interior immediately forks off, with one branch ending in a floor to ceiling wall of glass that once again opens up the view of the building's natural surroundings and the other extending in length and in width to end in a plate glass window overlooking the bay. Where the space extends outwards, the exhibition areas are defined by changes in floor level; inclusion of a third central wall separates the space in two only to unify it again at the end, where the wall opens up into a big portal. This alternation of separate spaces and joint spaces dictates the rhythm of the exhibition and suggests that the space might be used to host small concerts and conferences.

The opaque glass roof is supported by weight-bearing beams consisting of two sheets of clear glass glued together, giving the project an extraordinary lightness resulting from the transparent surfaces resting on massive walls by simply fitting together, with no metal joints, thanks to the precision of the concrete cast. To allow the walls to withstand all forms of motion and keep the glass beams in position, the foundations were cast directly onto the rock. 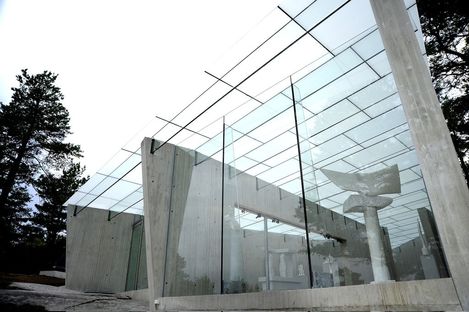 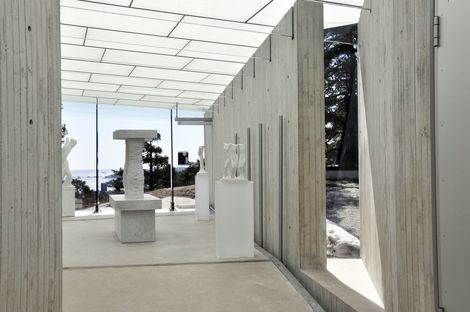 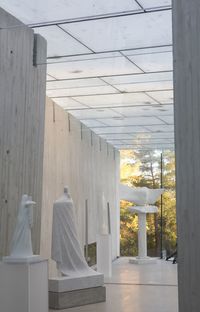 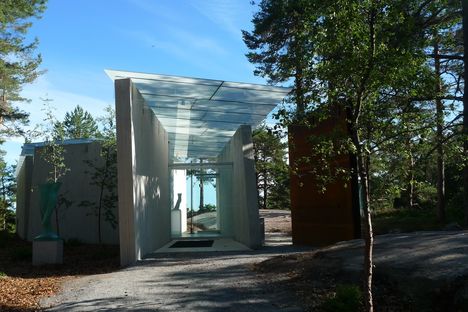 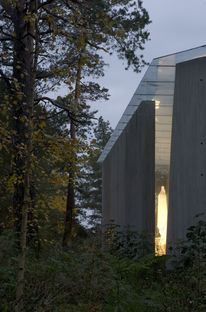 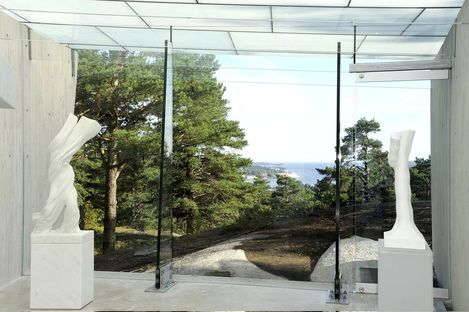 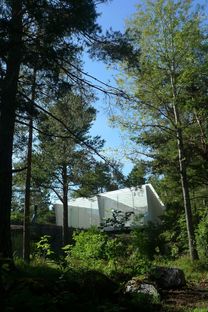 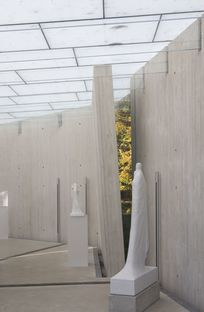 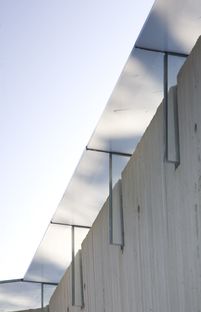 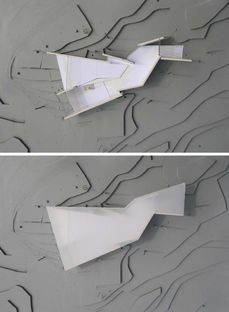 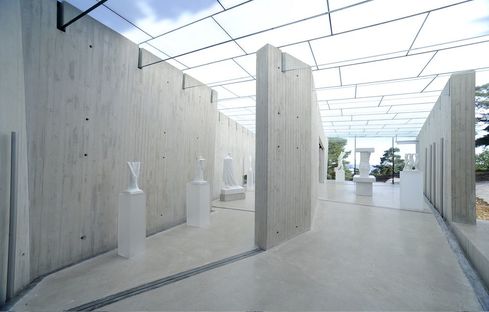 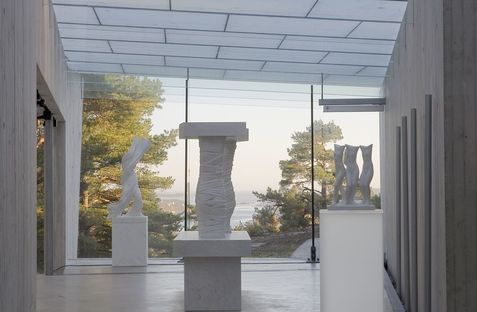 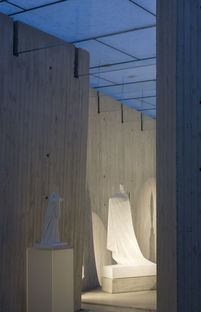 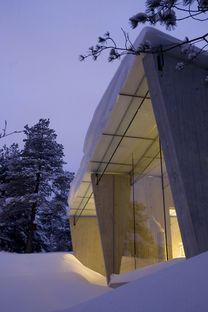 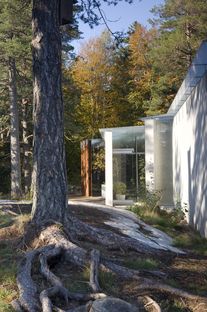