Reclaiming an existing construction with a low environmental impact project that underlines and improves the building’s performance to benefit the community: these are the themes architect Esther Tattoli addresses in the redevelopment of a former skating rink in Andria. 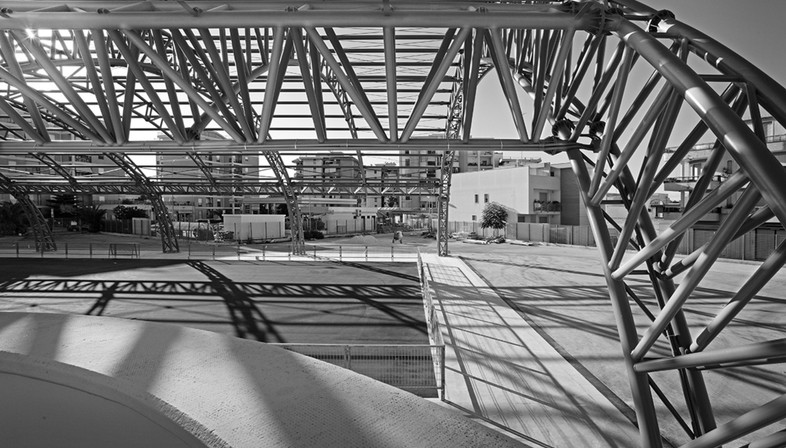 Architect Esther Tattoli’s redevelopment project for a former skating rink in Andria improved on the existing building’s performance with a low impact renovation project which has made the construction more useful by converting it into a multipurpose sports centre, a better response to the needs of the community. 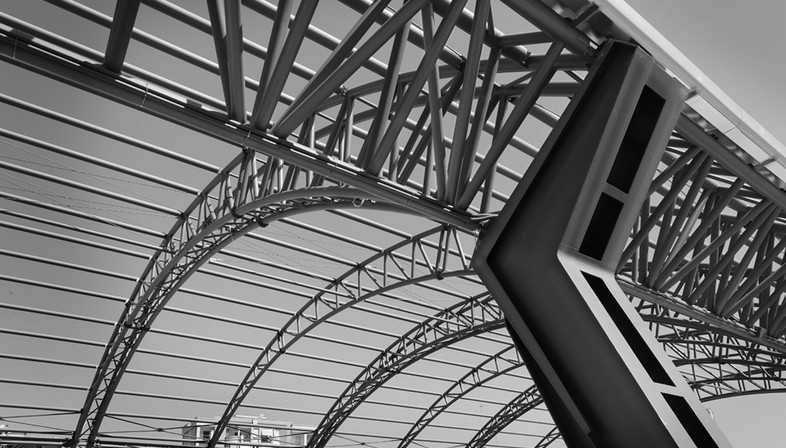 A new multipurpose sports centre was recently completed in the centre of the town of Andria, by the Church of Sant'Andrea Apostolo. The vicinity of educational and religious buildings suggested that the former skating rink would be more useful if converted into a centre for playing a variety of different sports (5-a-side soccer, handball, volleyball, basketball and figure skating).
A flexible facility of great aesthetic and architectural value, with a roof made of big lowered arches and a variable cross section, the centre has become an element that stands out in its urban surroundings while demonstrating respect for the monuments around it. The imposing metal structure is designed with careful attention to the existing constructions; by the stands, for example, the big metal arches are interrupted by iron pillars with a centre-to-centre distance based on the size of the previous building. Architect Esther Tattoli has renovated the new building and improved on it to give the community a new centre for youth that fits harmoniously into the urban landscape. 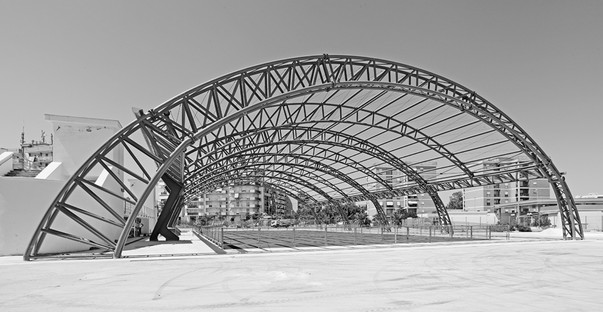 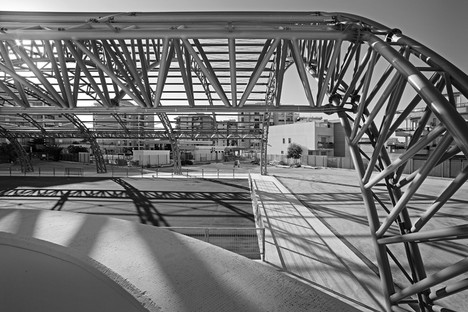 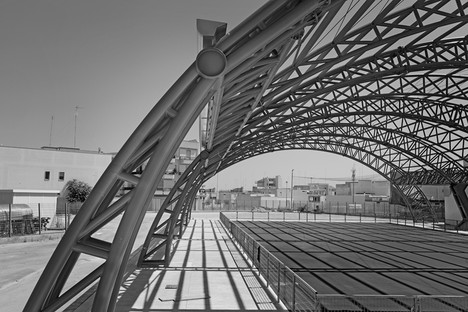 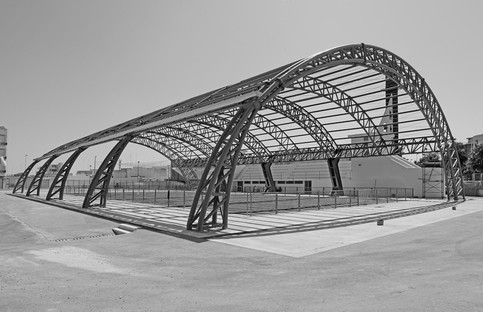 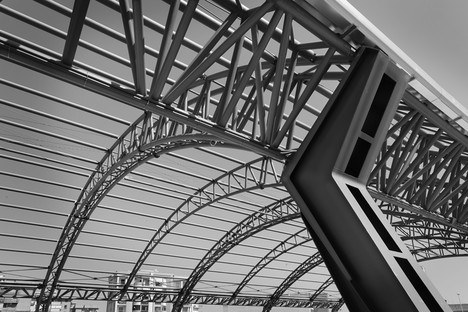 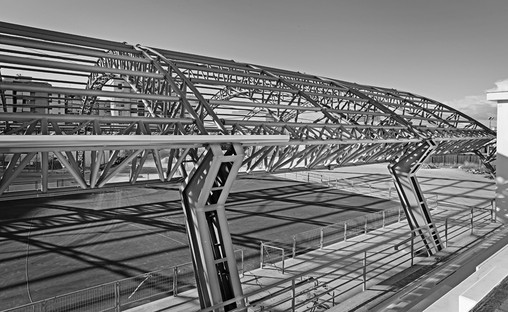 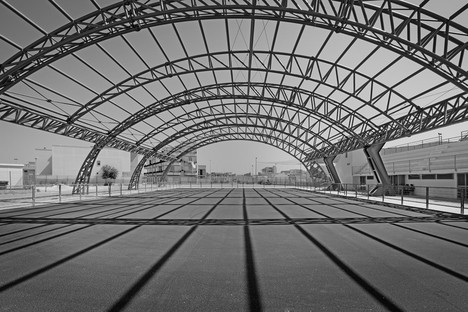 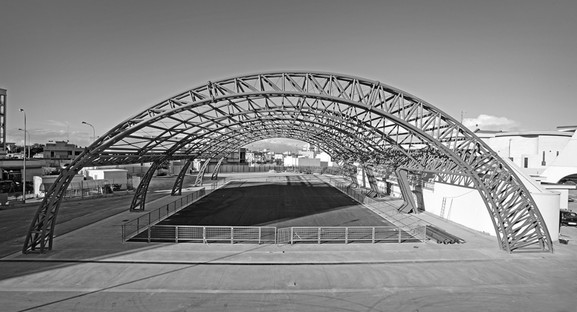 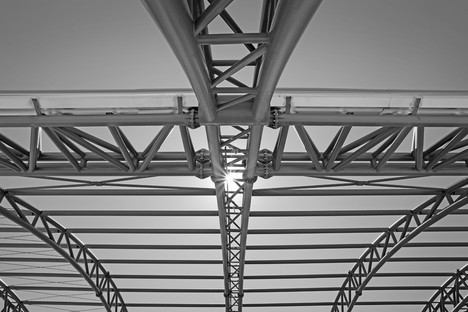 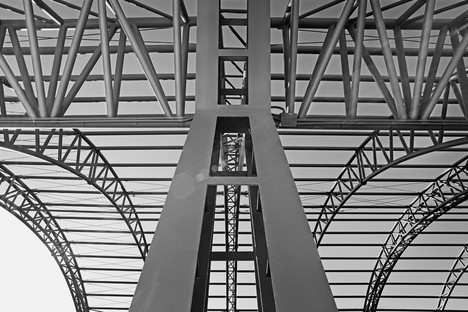