18 Robinson, designed by KPF, or Kohn Pedersen Fox Associates, in Singapore’s Central Business District, has an unusual shape determined by the particular geometry of the lot it stands on and the need to comply with government restrictions. The green land sacrificed to construction is restored in the form of indoor and outdoor spaces accessible to the public, such as big open-air terraces establishing a visual dialogue with the city. 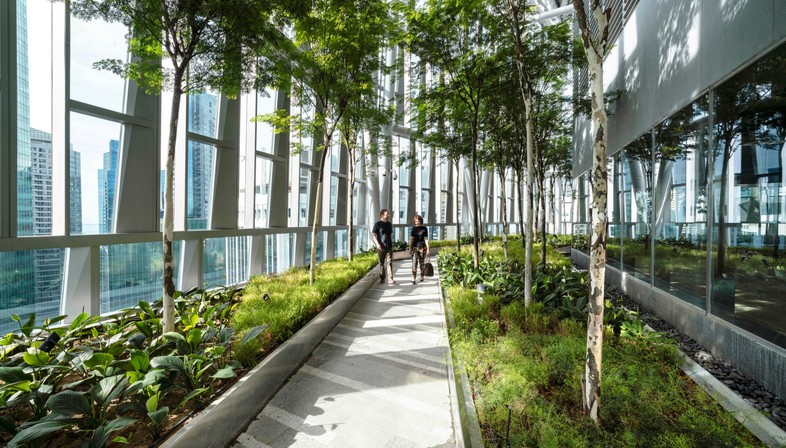 The unusual shape of a skyscraper in Singapore with big open-air terraces and green spaces winding around its central core establishes a visual dialogue with the city and recalls wild plant life colonising cracks in rock walls and cliffs. 18 Robinson is an office tower built by US studio KPF, which stands for Kohn Pedersen Fox Associates, the New York studio founded in 1976 by architects Eugene Kohn, William Pedersen, and Sheldon Fox. The architects have designed a skyscraper for Singapore’s Central Business District with an unusual shape, which has won numerous prizes and acknowledgements and is currently a nominee for two important CTBUH awards: the “Best Tall Building 100-199 metres 2021 Award of Excellence” and the ;“Urban Habitat – Single Site Scale”. The first of these awards is for the skyscraper’s aesthetic qualities and construction, while the second acknowledges its urban dimension. Like the other projects nominated for the “Urban Habitat” award, due to be presented in May 2021 by the CTBUH, 18 Robinson offers an outstanding example of perfect harmony between the architecture and the quality of the urban environment around it.

The skyscraper’s unusual shape is a result of the particular geometry of the area on which it is built and the need to comply with the government’s building regulations. The architects restore the land theoretically subtracted from the community to build the skyscraper on the site, a triangular lot between Market Street and Robinson Road, in the form of green spaces open to the public. This measure is required under Singapore’s Landscape Replacement Area, which went into effect in 2014 to promote “sustainable urban planning”. The legislation was an important source of inspiration for the architects of KPF and the team of the associated local studio A61 in coming up with the volume of the building. The skyscraper consists of two main volumes, the first of which is a podium containing retail space, while the second consists of twenty floors of office space rising above this base in the form of a lightweight tower balancing on the construction below it. Between the two volumes are big open-air terraces planted with luxuriant plants and trees, creating a dynamic, changeable landscape that establishes a visual dialogue with the city. With the passage of time, the vegetation will grow to occupy the empty spaces between the architectural elements, establishing a symbiotic relationship between the building and its urban context. 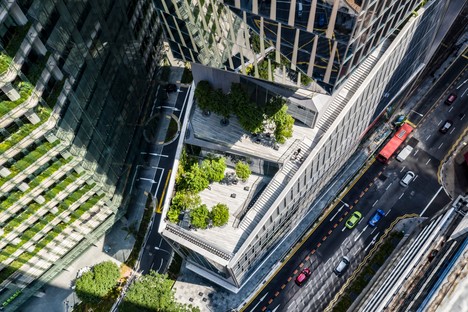 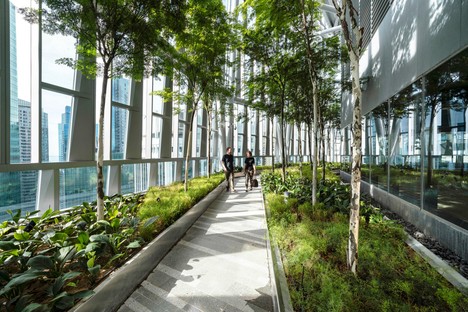 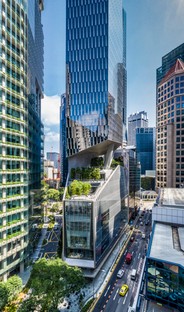 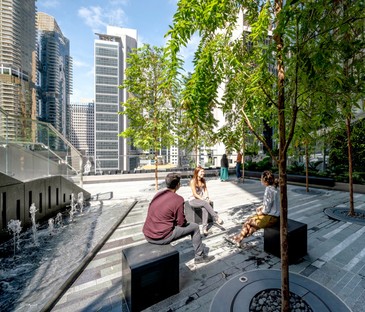 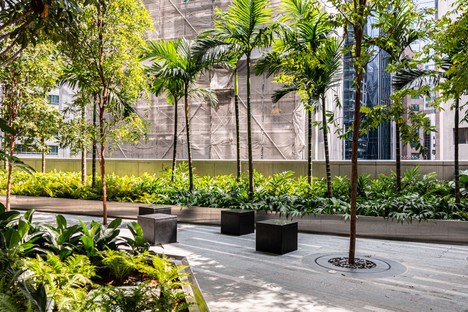 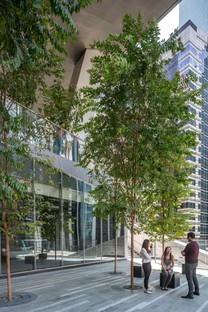 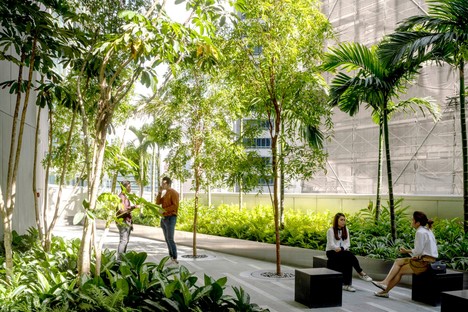 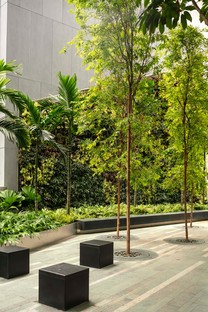 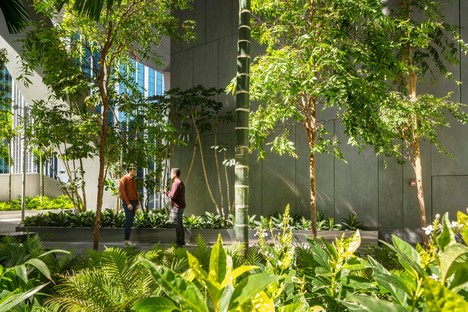 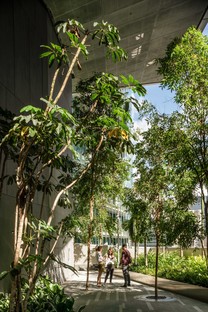 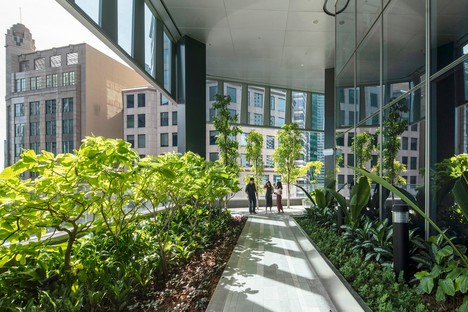 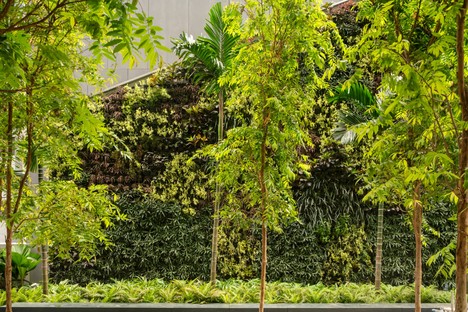