The Owers House, designed by John Pardey Architects in Cornwall, is on the list of the 20 candidates for the RIBA House of the Year award. 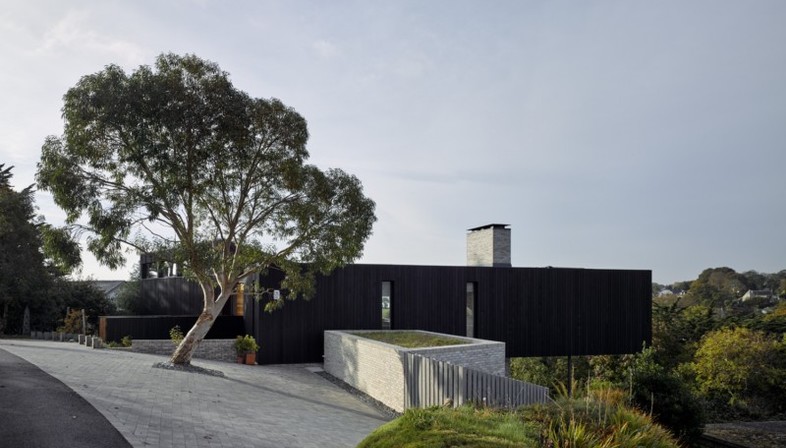 John Pardey Architects designed the Owers House in Feock, Cornwall on a site of particular interest in terms of landscape and architecture. The home is located on the estuary of the Fal River, with a view of the sea, and built not far from another important building: the Creek Vean, a home designed by Team 4 (Su Brumwell, Wendy Cheesman, Norman Foster and Richard Rogers) in 1964 and the first house to receive a RIBA Award.

After studying the Creek Vean project, John Pardey Architects decided to divide the Owers House into two separate parts, a solution which allowed them to make the most of the panoramic views potentially offered by the site.

The first volume serving as a bedroom and study is aligned with the boundaries of the lot and parallel to the slope. It has two levels, but takes advantage of the slope of the land to ensure that only the upper level, covered with dark panelling, is visible from the driveway. The lower level is covered with light-coloured brick, in a composition recalling 20th century Scandinavian Modernism.
A bridge with a glassed-in corridor connects this first volume with the second volume, containing the living area, set against the slope jutting out over the void to enjoy a vast panoramic view of the estuary. 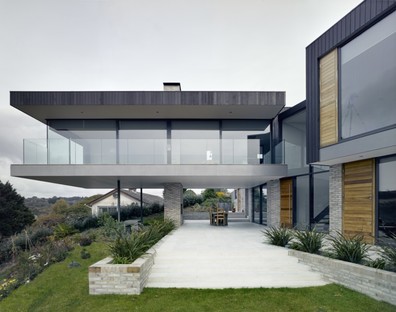 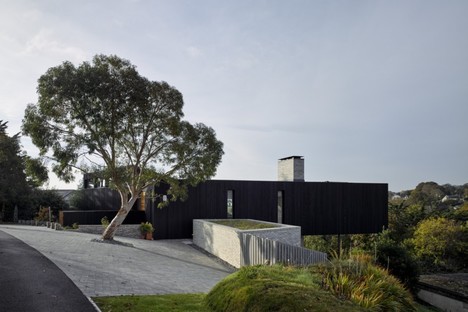 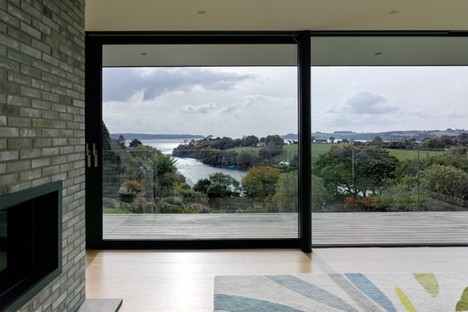 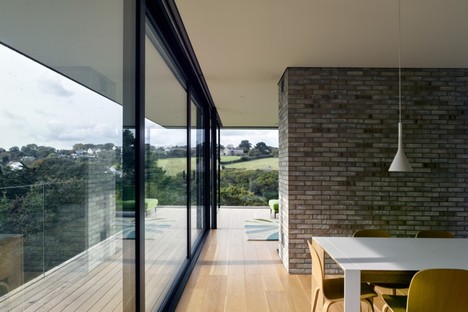 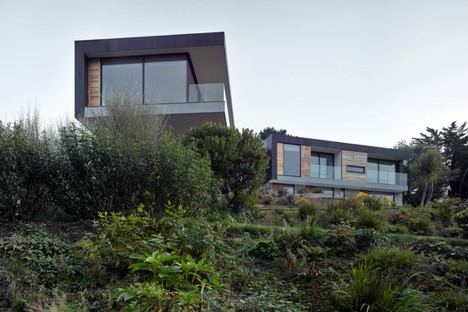