Jean Nouvel Louvre Abu Dhabi the museum and the sea 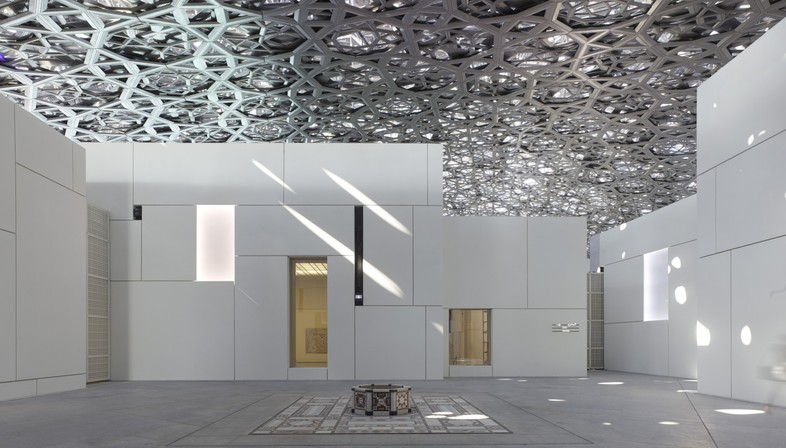 On the island of Saadiyat, under a sky as big as only the desert sky can be, stands the new Louvre, surrounded by the sea. The Abu Dhabi Louvre is designed by French architect Jean Nouvel as a museum city, in a successful synthesis of different sources of inspiration, Arabian building traditions, contemporary design and advanced engineering solutions. 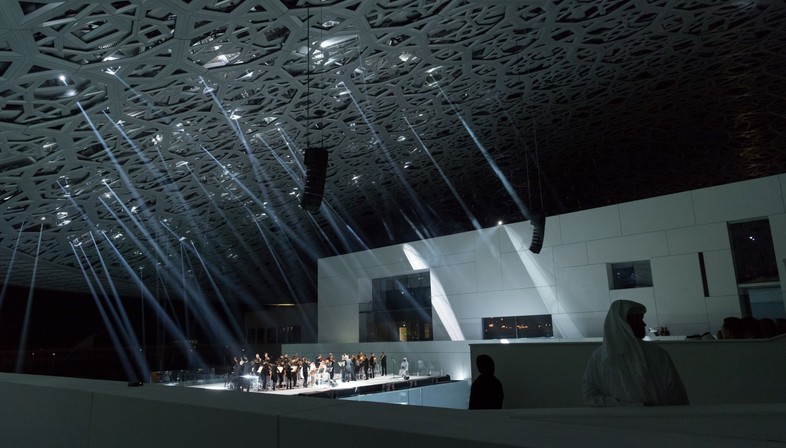 The museum opened on November 11, a decade after the initial agreement was signed between the governments of Abu Dhabi and France to bring some of the world’s greatest masterpieces of art to the Arabian city. 50% of the collection on display in Abu Dhabi consists of works on loan from well-known French museums. Architect Jean Nouvel describes the project as a “museum city” surrounded and crossed by the sea, with white buildings inspired by the traditional Arabian medina as well as lower constructions. Pathways connect all 55 buildings composing the museum and containing: 26 permanent galleries, a temporary exhibition space, a children’s museum, an auditorium, restaurants, a boutique and a coffee shop. All under the shelter of a big dome 180 m in diameter rising over the settlement: a complex geometric construction composed of 8 layers of steel almost entirely covering the site. The architect sees the dome as a metaphor of the cosmos, composed of 7850 metal stars, all different, randomly arranged to create a rain of light by night and light effects on the walls of the buildings by day. 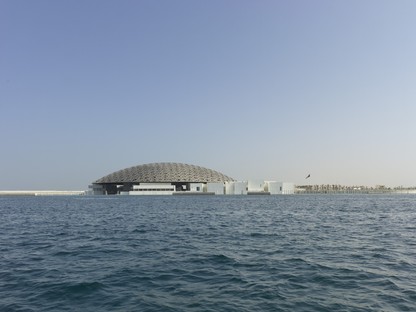 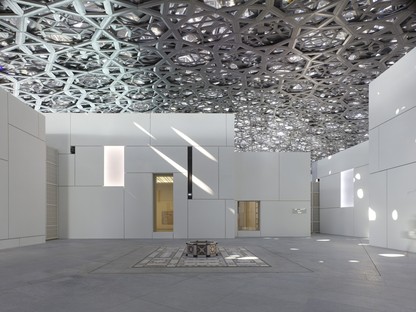 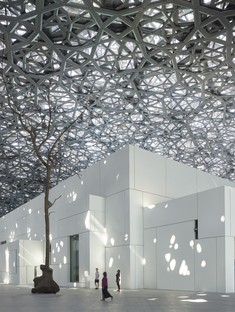 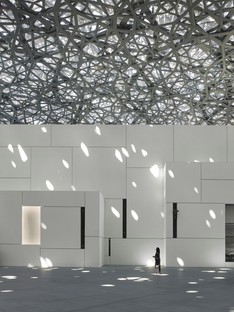 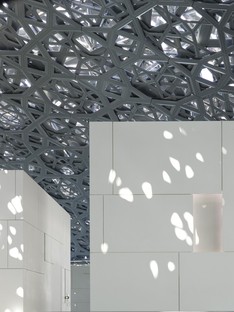 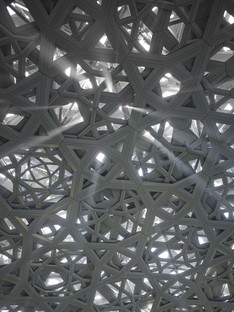 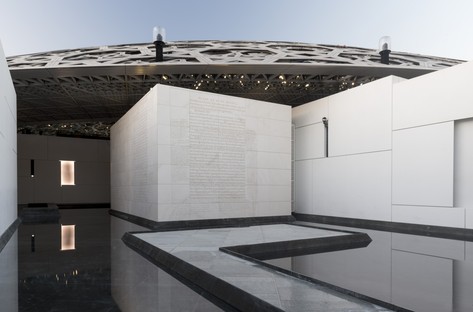 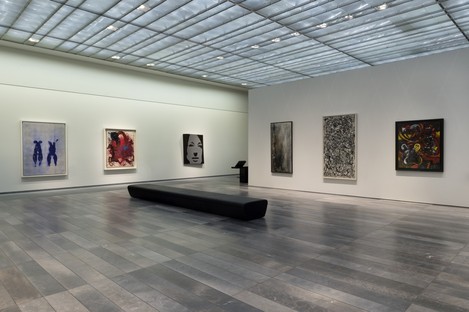 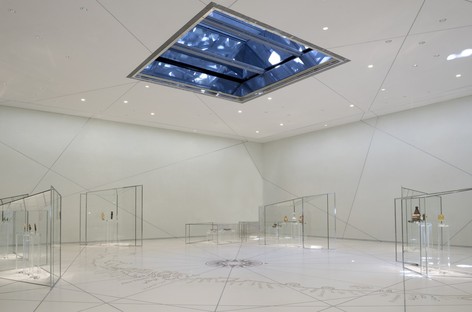 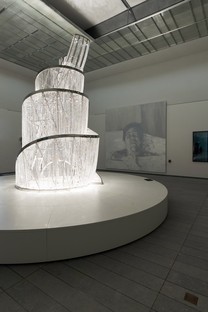 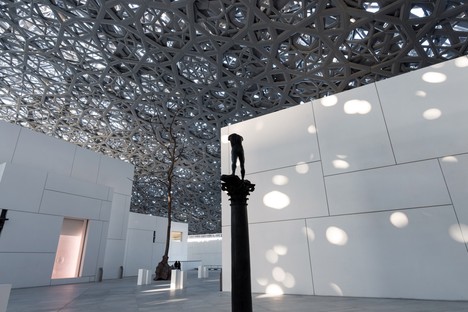 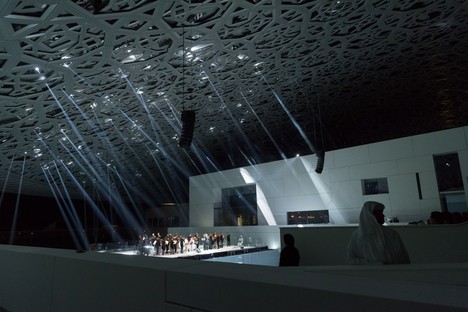