Installations at the London Design Festival

Autumn is at the door, and the art galleries and museums are presenting their new cultural programmes, while new cultural initiatives and events are appearing all over the world. Floornature’s editorial staff will be providing live coverage from Bologna during CERSAIE, but first we’d like to tell you what’s been going on at the London Design Festival. 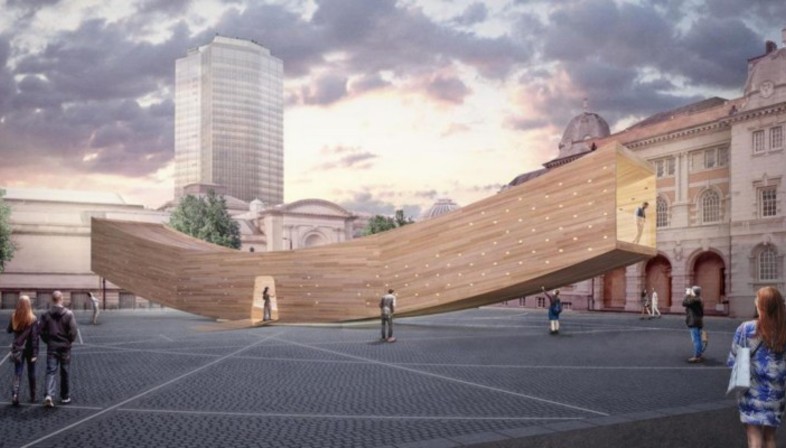 At Floornature’s editorial offices we’ve put the slow pace of summer behind us and deleted our “out of office” auto-reply messages; our editorial staff is busy responding to messages and downloading attachments presenting the packed programmes of the art galleries and museums and wider-ranging cultural initiatives involving whole city districts.
One such project is CERSAIE, the International Exhibition of Ceramic Tile and Bathroom Furnishings in Bologna, where Floornature editors will be reporting live on site through the voices of a number of key players at the event. And then there’s the London Design Festival.

The London event is one of the most important annual design events in the world, with more than 400 events and exhibitions open until September 25. Here we describe a number of the most important installations created specifically for the festival.
The Smile is a project by architect Alison Brooks, an urban pavilion shaped like a smile 3 m high and 34 m long, with a curved shape that touches the ground in the middle and then rises up to form two panoramic windows. Made with the consulting services of ARUP, The Smile is not just a playful space, it’s a prototype for testing the possibilities of structural timber.

MINI LIVING “Forests” by Asif Khan is a series of three installations located at three points in the city where "third-party" spaces have been created that are neither public nor private, green spaces where people can relax, create and connect with other people, continuing a project presented at the 2016 Salone del Mobile in Milan.

Visionary Crazy Golf deserves a word apart. The installation was going to be the key event at this year’s festival, transforming Trafalgar Square into an unusual golf course with holes designed by 9 architects and designers: Paul Smith, Zaha Hadid, Mark Wallinger, Tom Dixon, Camille Walala, Ordinary Architecture, HAT Projects + Tim Hunkin, Neon Studio and Atelier Bow-Wow. The project was presented in the spring of 2016 but it was never built because the minimum funding required to build it could not be obtained. 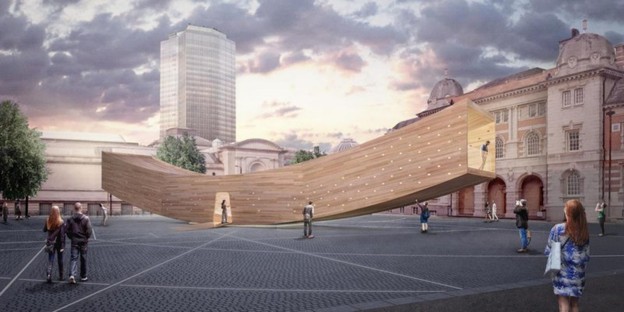 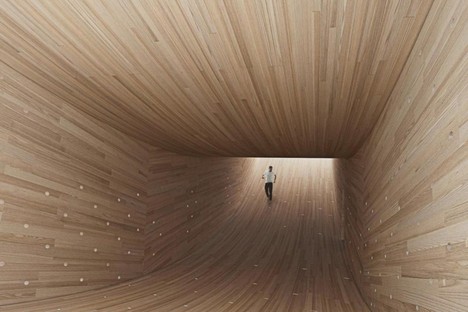 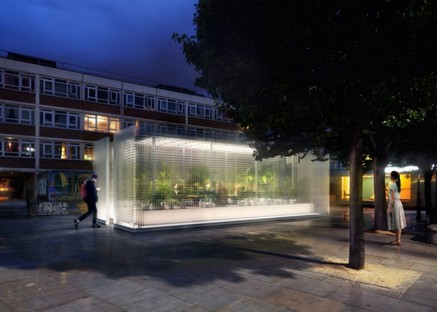 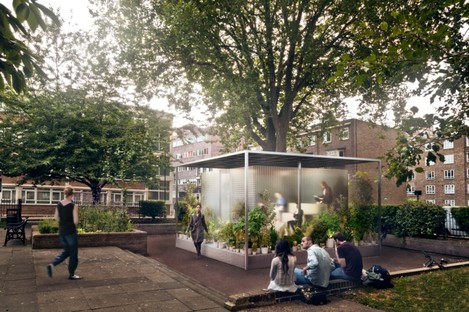 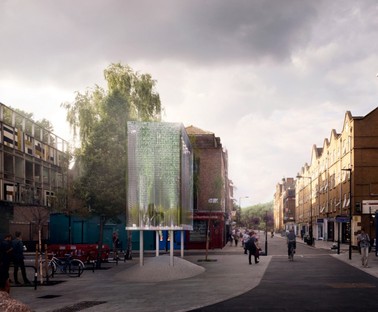 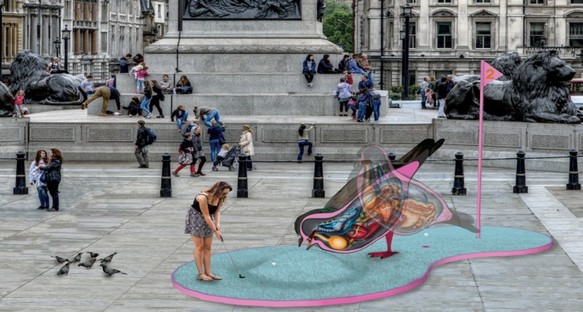