Innsbruck exhibition and installation, Architecture Speaks: The Language of MVRDV

The site-specific installation, made up of four towers in bright colours, is not only a frame, but a fundamental element of the Architecture Speaks: The Language of MVRDV exhibition, which recently opened at the Tyrolean Architecture Center (aut) in Innsbruck. Indeed, the four towers are representative of the four key concepts that constitute the filter through which MVRDV’s projects should be read. 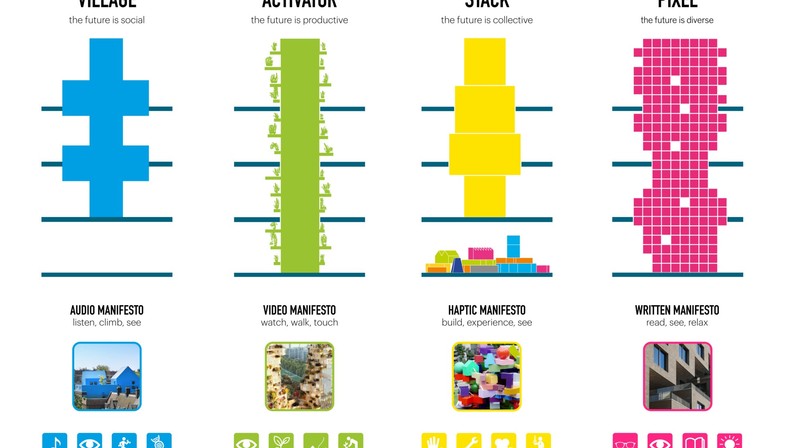 Until 28 September, the Tyrolean Architecture Center (aut) in Innsbruck, located in the Adambräu Building, a former brewery, will host the exhibition Architecture Speaks: The Language of MVRDV. The exhibition is based on a spatial intervention composed of four towers built within the Adambräu Building and designed by the MVRDV studio. The towers are representative of four concepts that constitute the key to interpreting the projects created by the Dutch architectural studio. Through the four installations, visitors can live through an engaging and immersive experience, through which they can more easily grasp the fundamentals of the intellectual process that governs MVRDV’s projects.
"Stack", "pixel", "village", and "activator" are the names of the towers and consequently the concepts they represent. Nathalie de Vries,architect, founding partner of the studio and curator of the exhibition, explained that the exhibition was taken as an opportunity to add something more to the fundamental concepts for the studio, and not just to make the projects known to a wide audience. The architect went on to clarify that the four concepts identified, representative of four operational methodologies, have been distilled to their essence "to uncover how each of these ideas contributes to an architecture that is brave, unexpected, and socially responsible. "”. Continuing, Nathalie de Vries explained that the four concepts selected for this exhibition each represent “a way of thinking and working that we deem necessary in shaping our future. ". 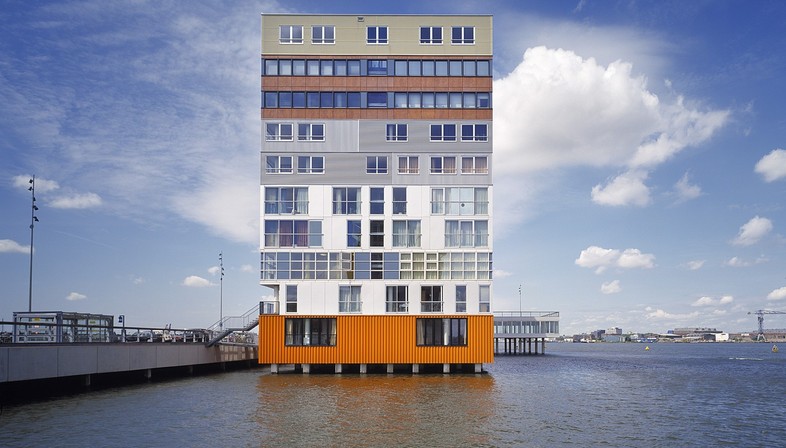 Going into detail about the four concepts: each word corresponds to an operating mode and also to a medium of communication. “Stack” indicates the stratification, density, organisation of functions and spaces vertically. “The future is collective” say MVRDV architects, and the medium is the “touch”. The representative tower is a rounded structure composed of two levels and covered with yellow drapes. The lower level allows visitors to interact with blue foam models in order to create their own project. The upper level contains MVRDV projects that are representative of the theme, such as Silodam, the Amsterdam residential complex, an example of high population density, designed by MVRDV in 1995. "Pixel" is the tower composed of pink cardboard boxes assembled in various ways to create an interior space in which viewers can enter. Some boxes have images or concise statements relating to MVRDV's projects. The assembly of the modules introduces the concept of “diversity” and the medium is writing. The exemplified project of this concept is the Headquarters of DNB Bank in Oslo, built in 2012. 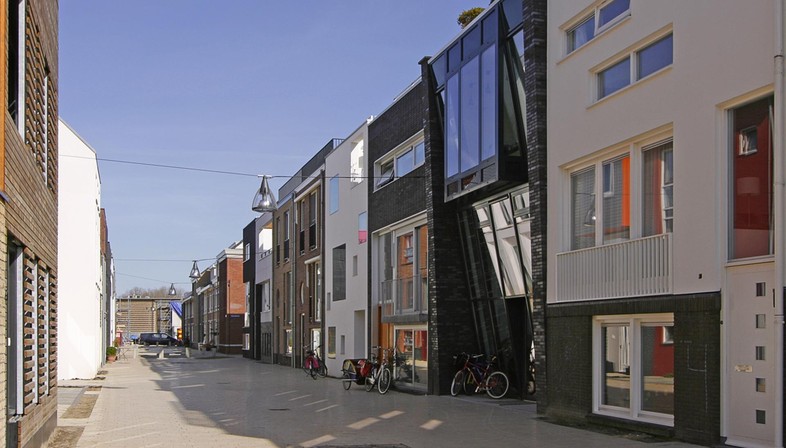 "Village" means a spatial arrangement that favours and encourages the community; indeed, the representative project is the Nieuw Leyden, 670 residences designed by MVDV in 2013. "The future is social" is the statement behind this blue tower. Empty inside, with a ladder that allows physical and visual connections between the different floors, where visitors can listen to an audio recording that describes the concept. 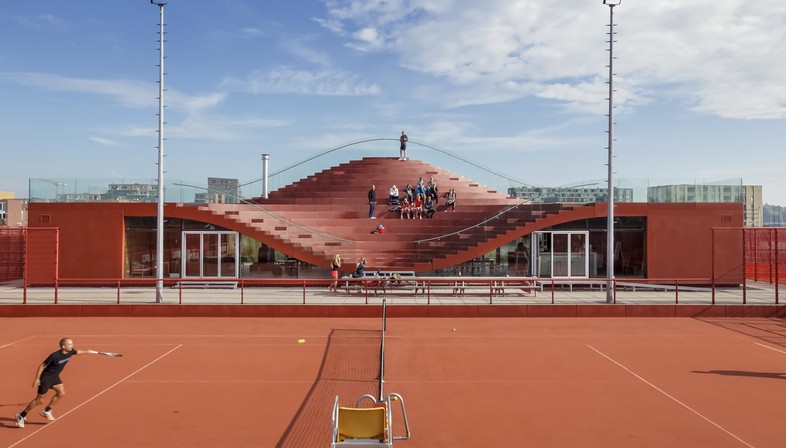 Activator is the tower with a recyclable steel structure that contains spaces for people and nature. This choice highlights the importance of sustainability and the need for a project to activate and stimulate social processes. Examples are the Book Mountain Library in Spijkenisse or The Couch Tennis Club in Amsterdam. 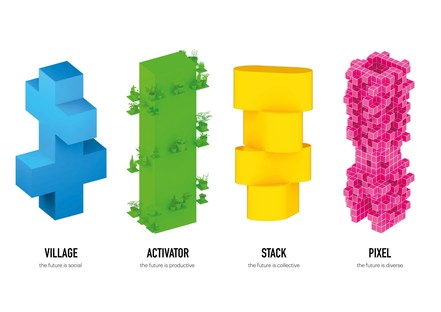 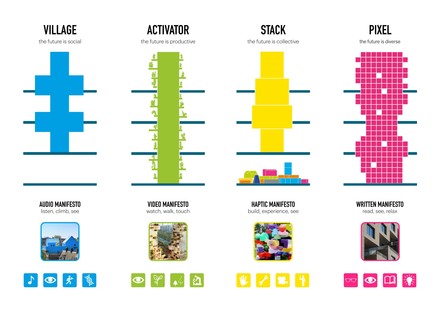 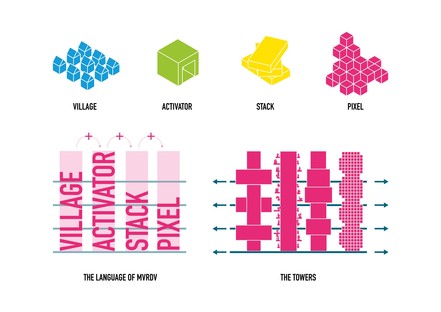 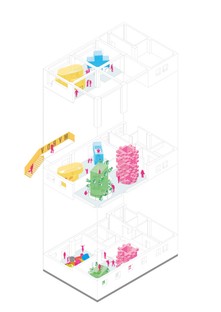 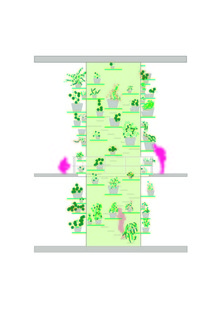 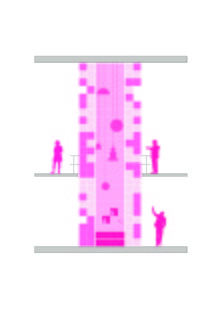 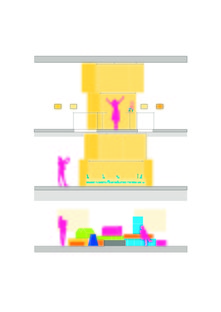 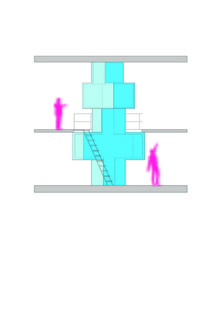 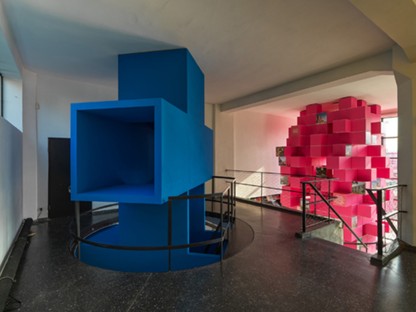 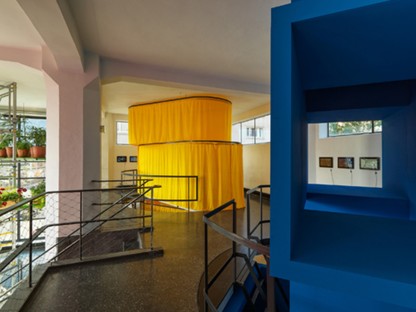 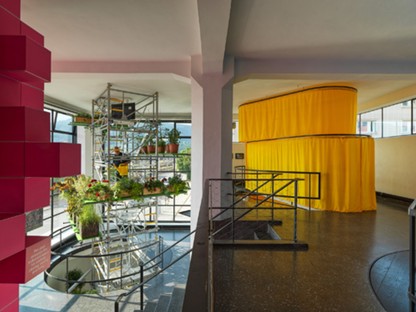 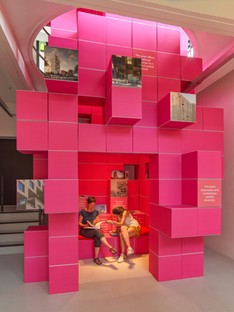 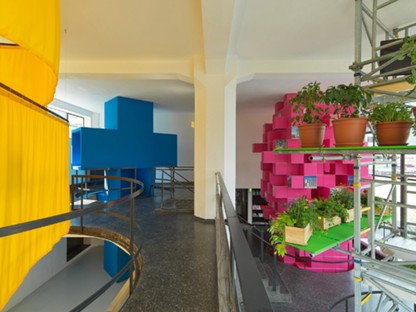 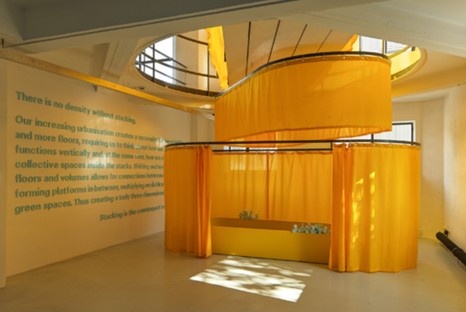 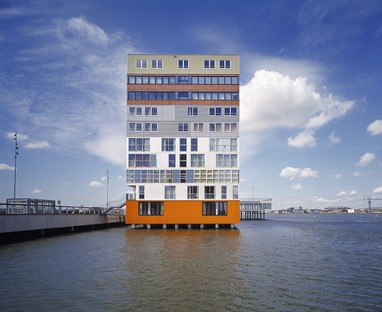 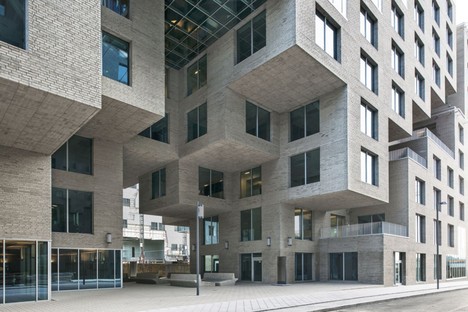 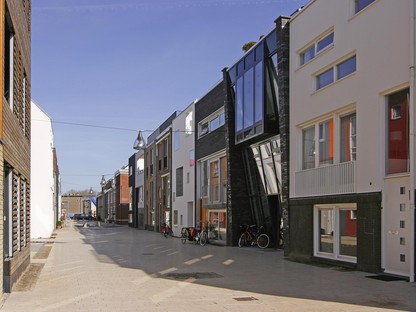 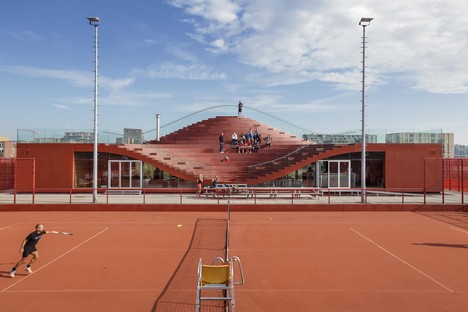