Blending architecture and landscape is the goal of the “tropical cave”, as H&P Architects call their project transforming a Vietnamese tube-house into a new family residence in the city of Bac Ninh, near Hanoi. 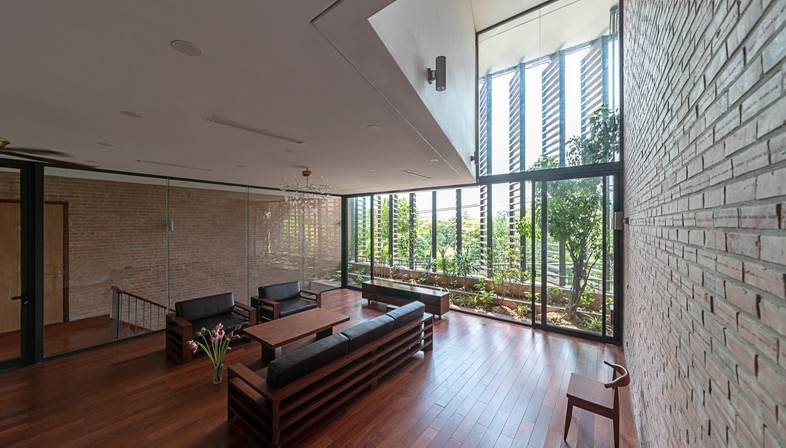 H&P Architects describe the home on six levels they have designed in the city of Bac Ninh, near Hanoi, Vietnam as a “tropical cave” because this natural formation inspired their design. Their starting point was what is known as the tube-house, a form of architecture that has become typical of certain Vietnamese cities, particularly Hanoi. Like the building renovated by H&P Architects, tube-houses, set one beside another to form the rows of buildings on Vietnamese streets, are inhabited by several generations of a single family, rising higher and higher above the businesses at street level as new families are formed. The concept of the cave describes not only the picturesque appearance of these houses, with their low, hidden entrances, tall centre and great depth, but the Vietnamese tradition of building houses with small front walls.
A 19th-century law calculated taxes to be paid on the basis of the width of the front wall of the house, and so families began to build houses that extended deeper and deeper back from the street and higher and higher into the air. To this we may add the historic fact that Vietnam’s growth in the twentieth century made its urban centres the seats of businesses that, of course, opened at street level, often relegating the homes to the back of the shop or the upper levels of the building: as the family grew, generation after generation, the house was built taller and taller to accommodate them.
The tropical cave is also an evocative, easily understandable image used by H&P Architects to describe the process that led to reconstruction of this house for a family spanning four generations. The home’s original layout has been updated to suit today’s lifestyles: what used to be a shop is now the entrance hall and living area, a wide, deep space protected by a series of folding doors that can be opened up to make room for parking space or a playground. Rising higher, the building incorporates empty spaces creating opportunities for communication and for the passage of light and air that is necessary in tube-houses. Light visibly streams in from the skylight above, as into the recesses of a cave, creating rays of light that interrupt the darkness created by the absence of side windows. As is typically the case of houses in tropical climates, the residence contains plenty of plants: from potted plants to full-sized shrubs planted in the spaces between the rooms and the outside walls, filtering out the home’s urban surroundings all along the main wall up to the green roof.
To balance the streams of daylight with the dimly lit interior, H&P Architects transformed the wall facing the street into a single dynamic brise-soleil for modulating sunlight. 920 x 6600 mm sunbreaks made of wood and metal are controlled by two manual systems composed of a steering wheel with power-assisted steering controlling a long bar, preserving the ritual act of opening and closing what is the home’s main “door” onto the city.
The layout of every floor is different, partly for philosophical reasons, to represent the diversity of each nuclear family within the same big extended family, and partly to give tangible form to this diversity in a living structure encompassing a multitude of spatial expressions. Rooms with oblique walls and stairwells that are never found in the same place twice create unexpected viewpoints consistent with the sense of dynamism conveyed by the outside of the building. Plants, light, and natural ventilation design a rich system of hybrid spaces, half inside and half outside, blending architecture and landscape in interesting ways.
As the architects say, “In the ongoing unplanned urbanization, urban houses are gradually suffocating, isolating, and cutting off themselves from friendly relationships with the surrounding environment, making users insecure even when they are in their own accommodations. Tropical Cave is introduced as a solution to help awaken to the facing problem, thereby creating a haven for homeowners to again stay in a safe place and take the same breath with the contemporary house, from the perspective of living harmoniously with the environment.” 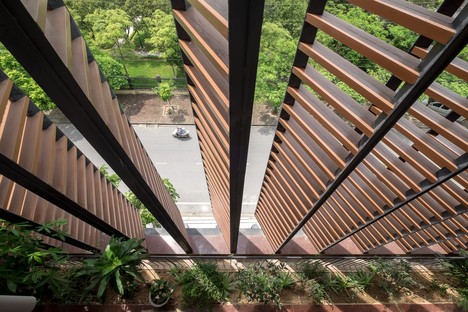 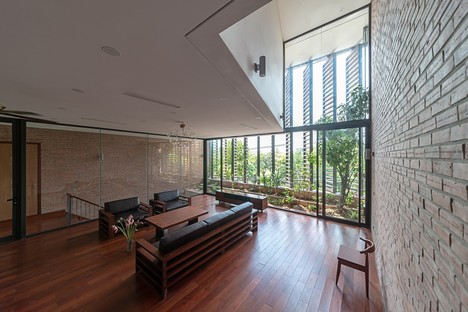 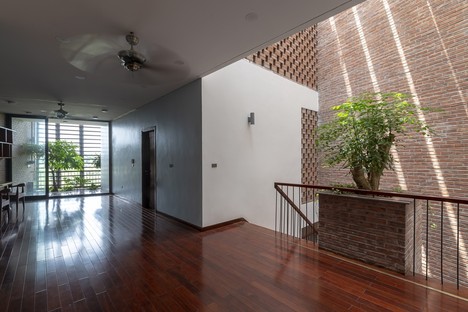 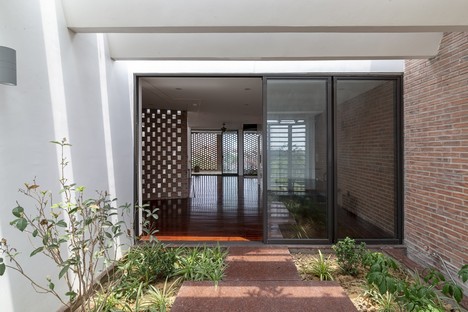 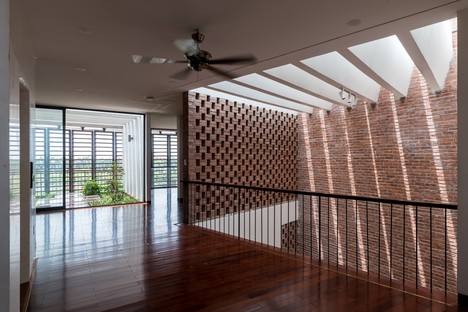 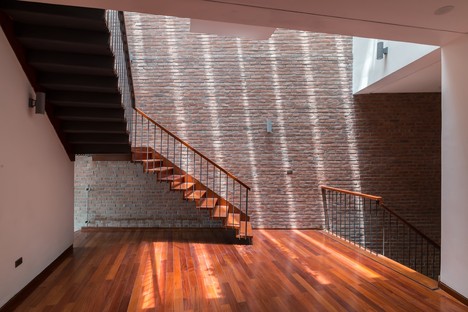 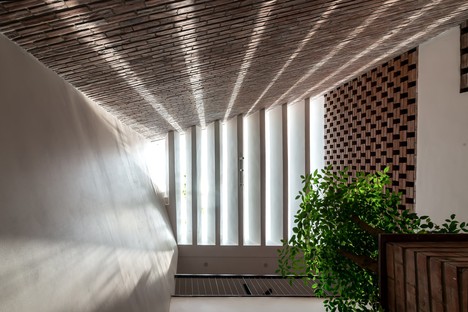 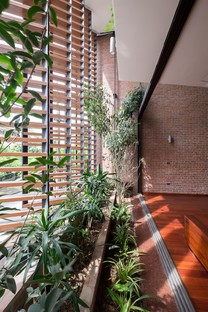 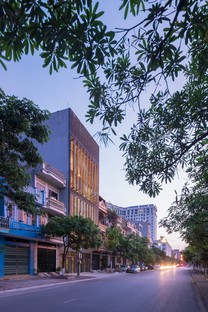 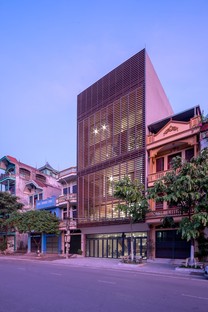 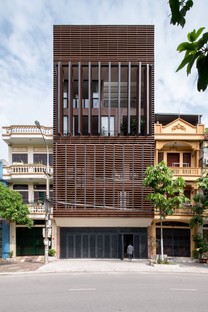 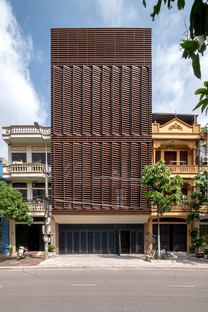 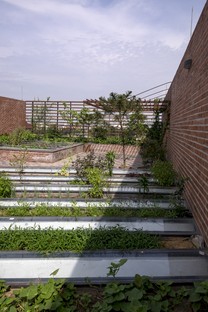 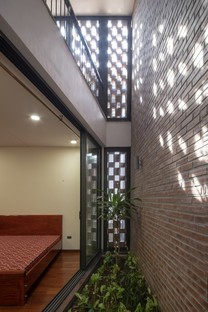 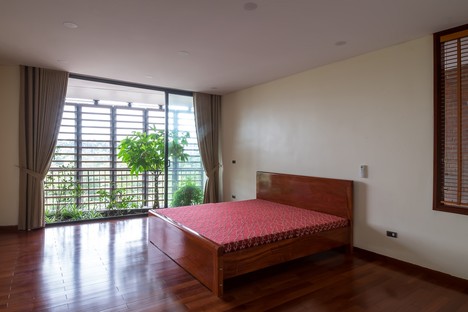 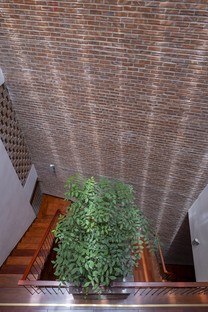 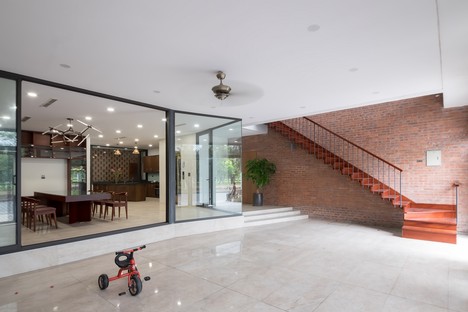 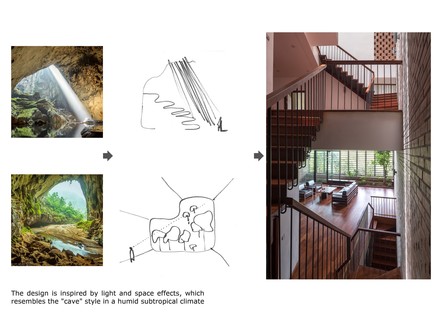 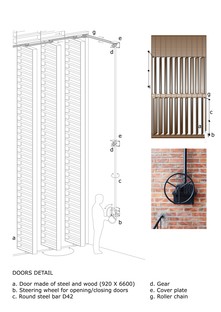 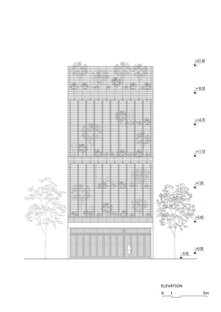 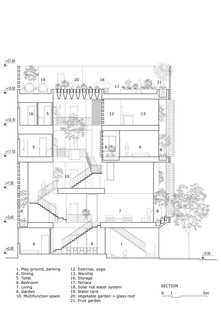 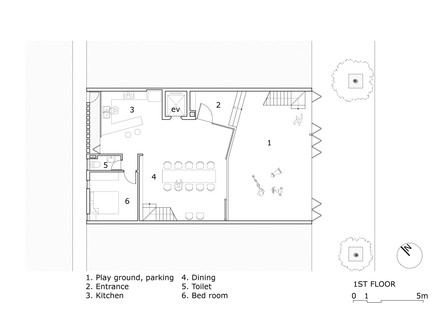 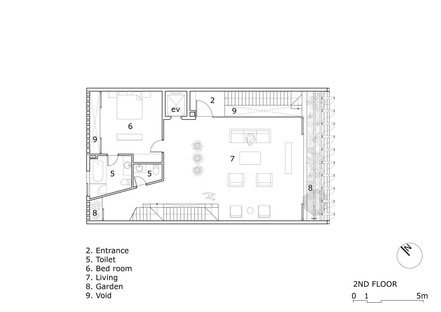 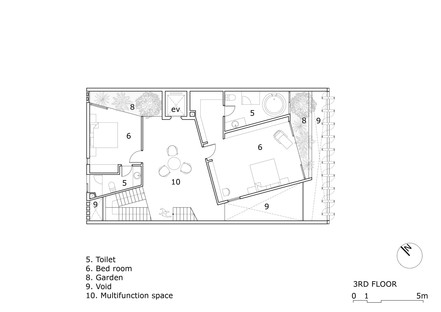 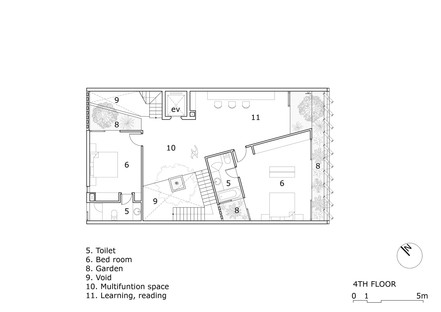 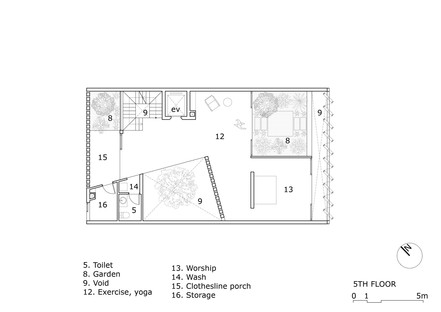 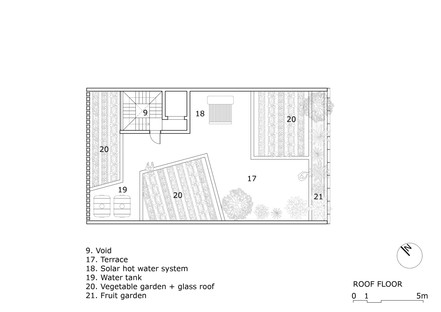