Green oases and agriculture in the city: AgrAir, Radicity and Green Gallery

Creating green oases, bringing agriculture into the city, using greenery as a way of relaunching historic city centres: these are just a few of the themes of three recent installations and initiatives focusing on use of greenery as a key element in urban design in different parts of Italy. 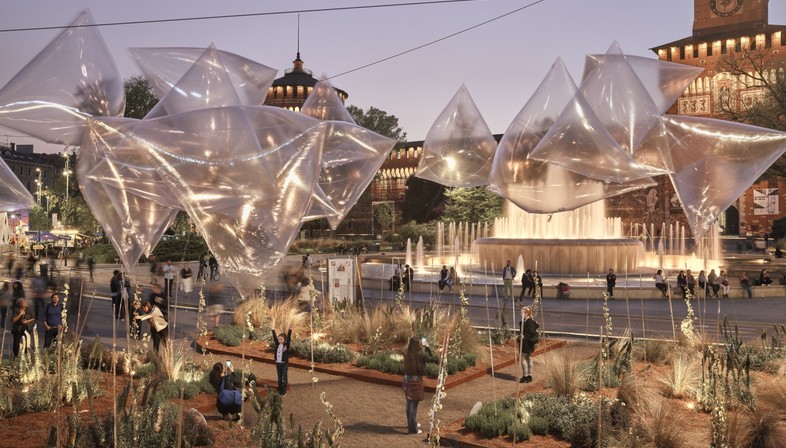 Three recent initiatives and installations in different part of the Italian peninsula, from north to south, focus on the use of greenery as a key element in the design of urban spaces, offering an opportunity to bring farming into the city and use greenery to relaunch historic town centres. 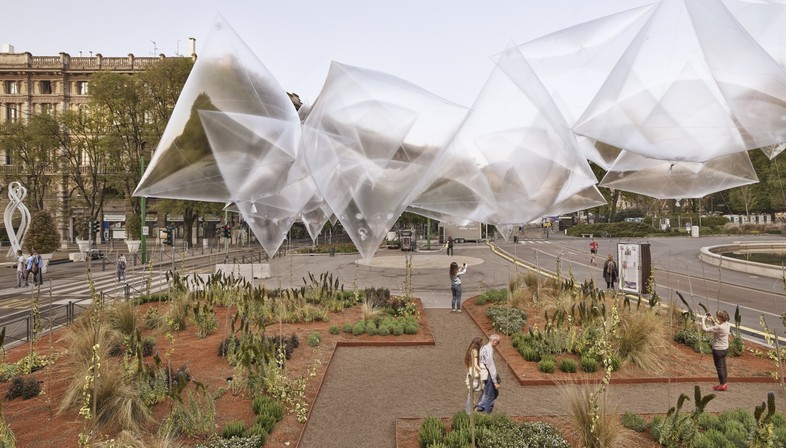 AgrAir is an installation created in Piazza Castello under the Inhabits programme during Milano Design Week 2018 by architects Francesco Fresa, Germán Fuenmayor, Gino Garbellini and Monica Tricario of Piuarch studio. A botanical garden of aromatic herbs designed by landscape architect Cornelius Gavril was planted on a rust-coloured expanded clay platform recalling the bricks of the Sforza Castle and the Filarete Tower, with colourful, fragrant flowers symbolising the recovery of biodiversity and urban agriculture. Suspended and parallel to this green base is a series of clear inflatable prisms forming an idealised cloud, wafting gently in the wind, a metaphor of the woods and the city. The inflatable clouds created iridescent reflections by day, while in the evening artificial lighting made them into bright lanterns. Between these two ideal levels, the natural and the artificial, the earth and the air, the architects drew connecting lines represented by thin clear tubes with climbing plants. Lightness, luminosity, careful consumption of resources, dissolution of the boundaries between inside and outside and between natural and artificial spaces and the return to farming in the city are the key themes of the project. 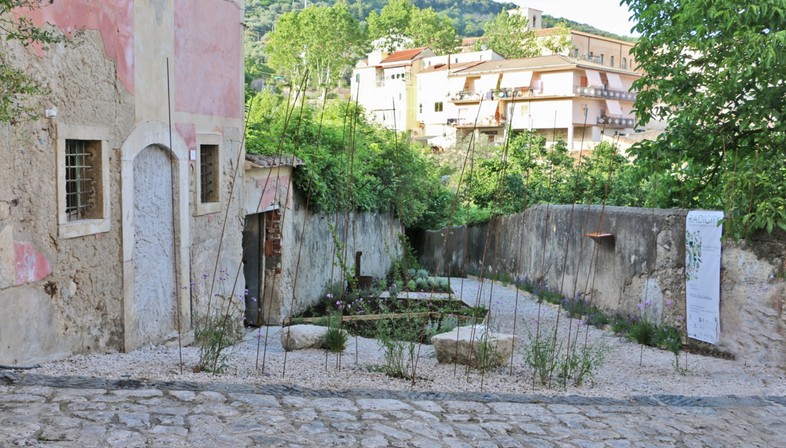 The Heart of Eboli is a three-day event concluding the second edition of Radicity – eco-sustainable urban regenerations designed and managed by architects Sabrina Masala, Emilia Abate, Mariagrazia Castiello and Francesco Rotondale.
Giuseppe Baldi, a landscape architect from Reggio Emilia, won the second edition with his "vicus deliciarum", the laneway of delights, a contemporary interpretation of a garden from the ancient world. Radicity established valuable partnerships among institutions in the area, local nursery gardeners and the associations in the area which will be looking after these new corners of greenery in the city once the event is over, adding to the town’s attractions for visitors. 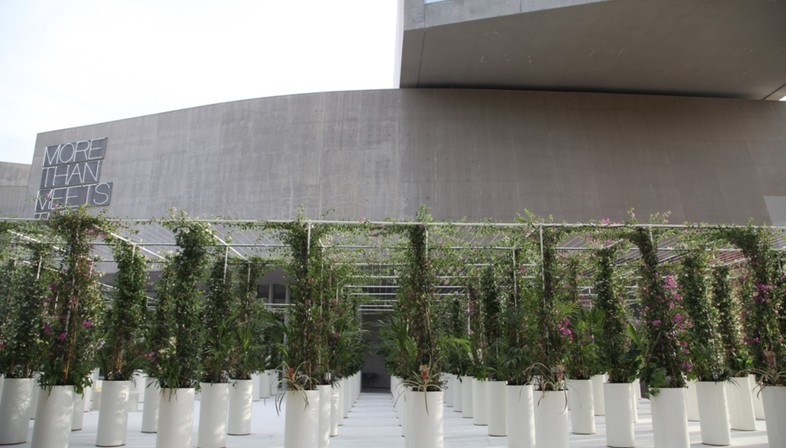 June 12 saw the unveiling of an installation that will remain in the plaza in front of Maxxi until October 21, Green Gallery by StudioD3R with Marcello Fantuz, winner of YAP Rome at MAXXI. The judges chose the project for its ability to establish dialogue between a lightweight, minimalist structure and a highly material, complex building such as Maxxi.
Green Gallery marks the return to Rome after a one-year break of the Young Architects Program, organised in partnership with the Museum of Modern Art in New York and other international institutions supporting young architects.
Radostina Radulova-Stahmer and Deniza Horländer of StudioD3R worked with Marcello Fantuz on an ecological and sustainable project that promotes biodiversity and combats climate change. Green Gallery is a new public garden for hosting the museum’s summer events which will improve the microclimate around it and promote local flora and fauna: a lightweight structure made up of modular elements and lush vegetation. The horizontal tubes conceal a misting system which will offer not only the plants but visitors to Maxxi a cool shelter in which to relax and regenerate in the torrid heat of the Roman summer. 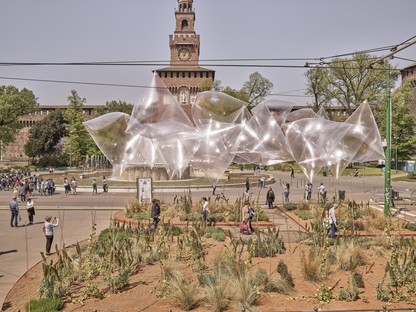 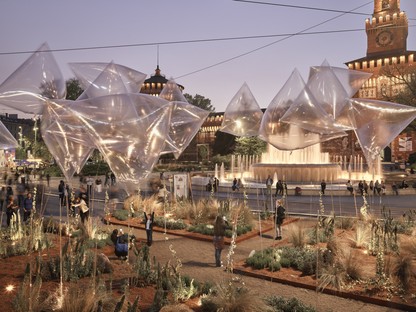 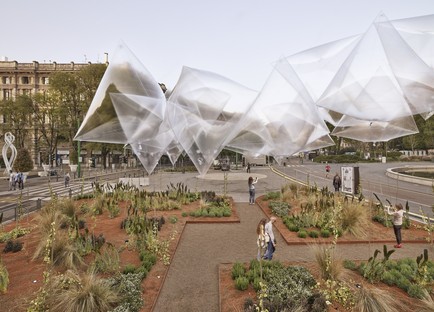 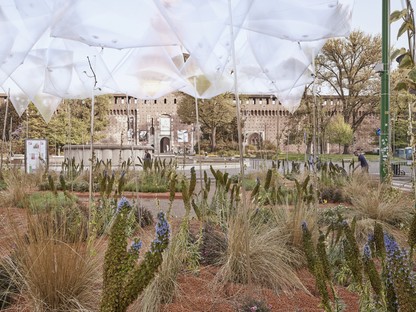 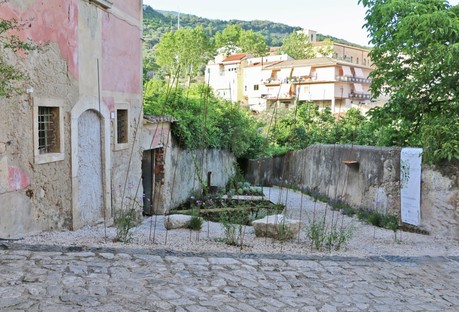 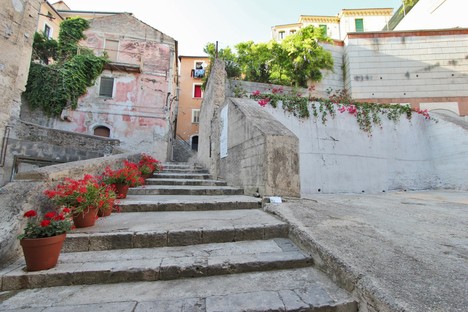 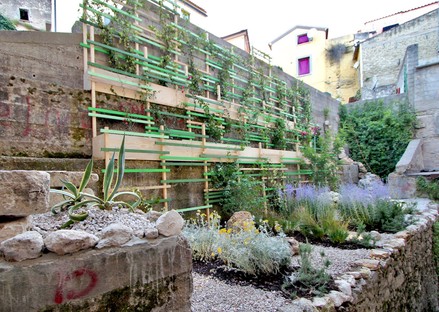 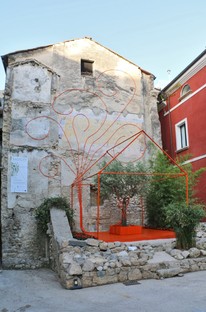 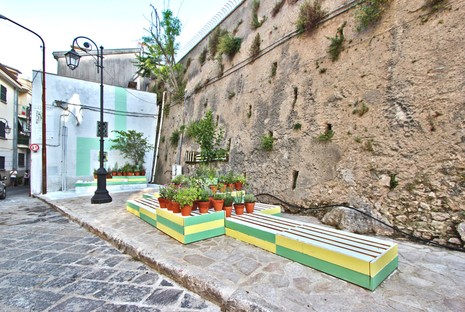 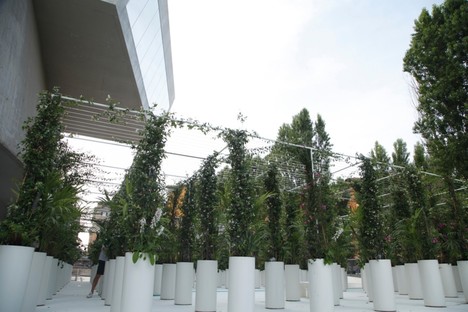 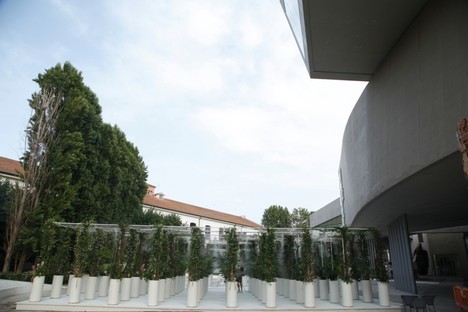 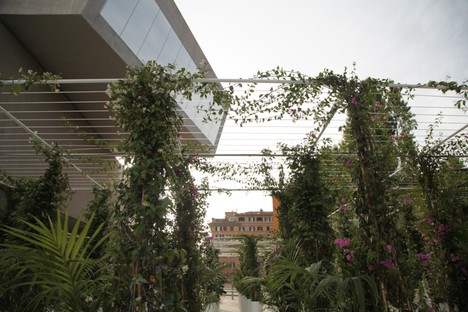 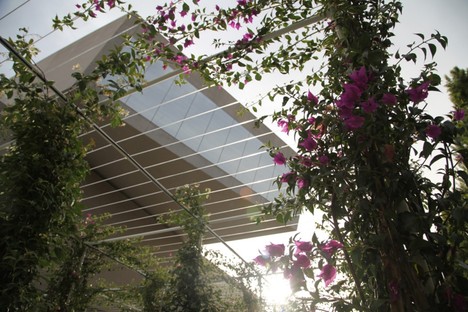 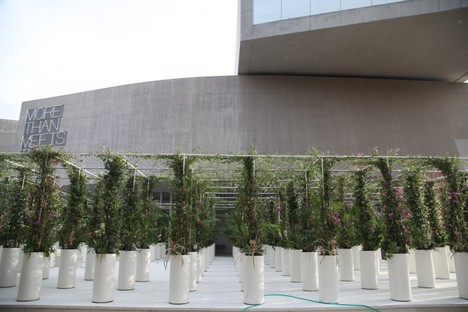 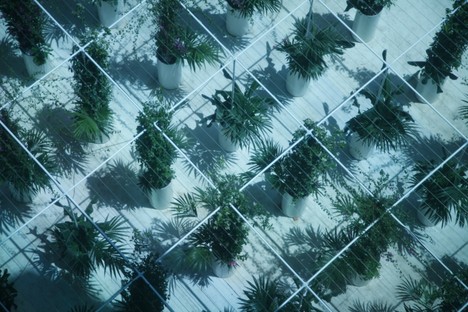