A true icon of world architecture, the New York Guggenheim Museum designed by Frank Lloyd Wright turns 60 in 2019. Numerous initiatives are planned throughout the year to celebrate the anniversary of its opening on October 21, 1959, beginning with extended opening hours seven days a week. The “Guggenheim Museums” are a network of museums all over the world, including the Peggy Guggenheim Collection in Venice, Italy, the Guggenheim Bilbao, which has contributed so much to the development of the economy, tourism and culture in the Basque town, and the newest addition, the Guggenheim Abu Dhabi, still under construction, designed by Frank Gehry like the Bilbao museum. But when speaking of Guggenheim Museums it is inevitably the first museum in the network that comes to mind: the Solomon R. Guggenheim Museum in New York, a true world-class masterpiece of architecture designed by Frank Lloyd Wright that will be 60 years old in 2019. A series of events and initiatives are planned to celebrate this important anniversary throughout the year, and on January 7 the museum will start staying open for extended hours, opening every day of the week ready to receive extra visitors. 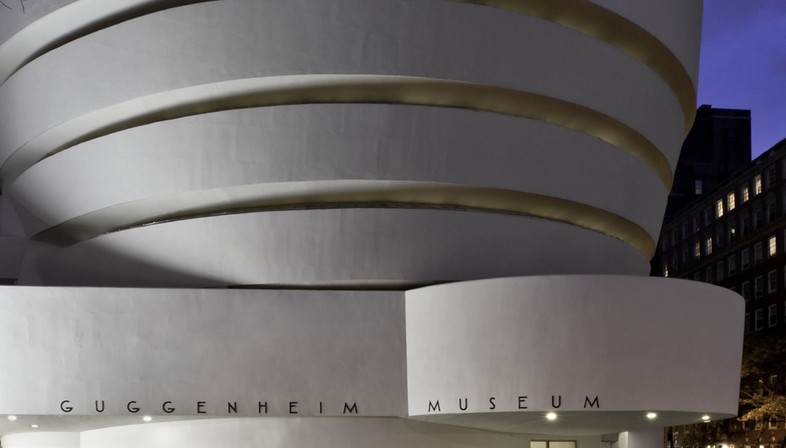 Now an acknowledged icon of modern architecture, Frank Lloyd Wright’s masterpiece and a source of inspiration for whole generations of architects, the New York Guggenheim Museum was not well-received at first. The building was inaugurated after many years of planning on October 21, 1959, only a few months after the architect’s death and about ten years after the death of the client who commissioned the building, Solomon R. Guggenheim. The delays in the museum’s construction were a result of problems obtaining building permits and the tension in Wright’s relationship with James Johnson Sweeney, appointed museum curator when Hilla Rebay resigned in 1952.
A group of artists expressed their concern and disapproval in an open letter to James Johnson Sweeney in 1956. In the letter, preserved in the Archives of American Art, the artists claimed that "the basic concept of a curvilinear slope for presentation of painting and sculpture indicates a callous disregard for the fundamental rectilinear frame of reference necessary for the adequate visual contemplation of works of art” and urged “the trustees of the Guggenheim Museum to reconsider the plans for the new building”.
The curvilinear slope of the building is without doubt the most revolutionary and disruptive feature of the New York Guggenheim. Wright went beyond the long tradition of museums, which had remained unchanged for centuries, to create a series of spaces in sequence in which the works of art could be exhibited on the basis of chronological or thematic criteria. 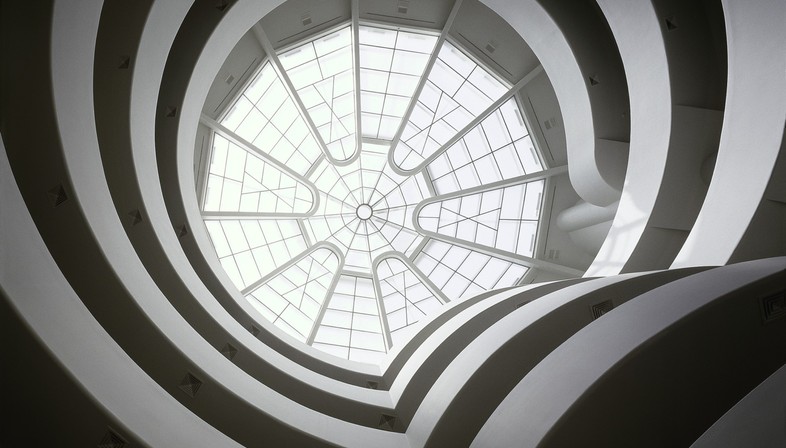 Wright’s space is a single encompassing area, a spiral-shaped ramp rising up to the big glass roof, a unique space and “a temple of the spirit” where contemporary art and architecture come together. Visitors can follow the exhibition route from the top down, taking the elevator up and then walking down the ramp to the big central space. On the outside, the building looks like a white ribbon progressively winding upwards from the bottom, like an upside-down ziggurat. Frank Lloyd Wright’s building has over the years become a fundamental physical and cultural presence in the New York cityscape, to the point that the 1992 expansion by Gwathmey Siegel and Associates Architects with a rectangular tower higher than the original spiral was widely criticised. 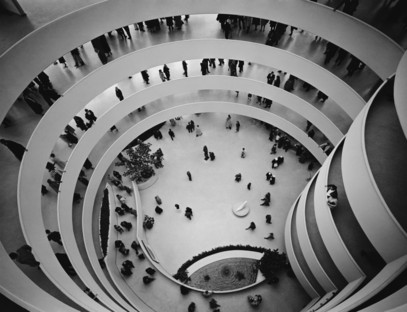 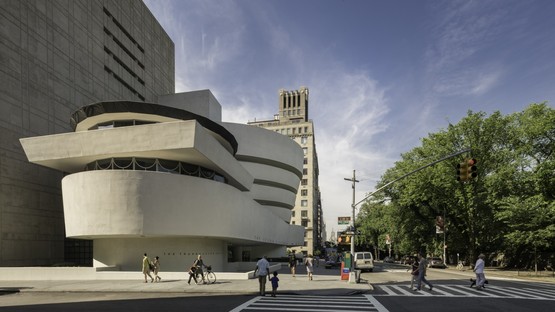 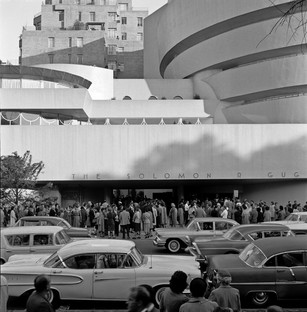 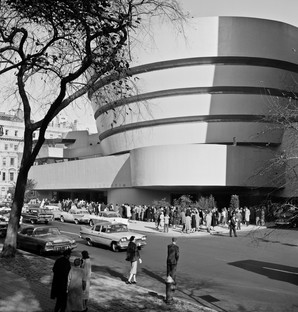 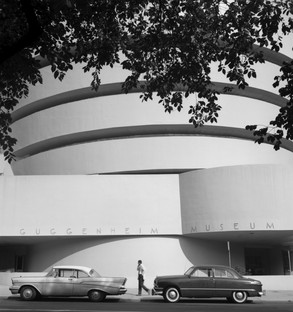 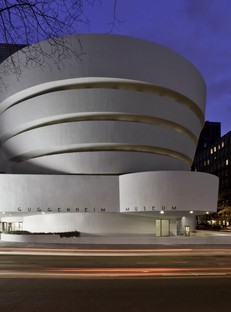 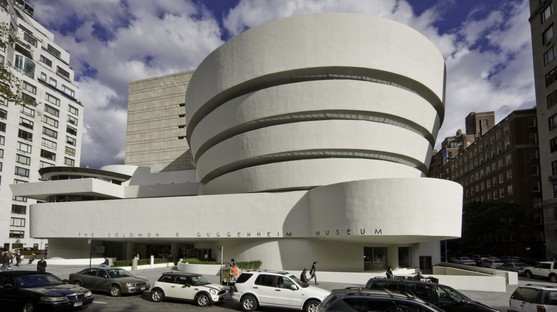 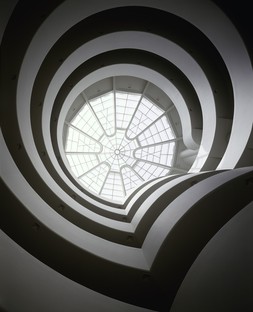