July 17, 2020 saw the official opening of the new Apple Sanlitun store designed by Foster + Partners studio in collaboration with the Cupertino company’s technical team. The store takes its name from the vibrant Sanlitun quarter in Beijing where it is located. The area chosen is once again in Taikoo square adjacent to the site of the previous showroom which was Apple’s first store in China, built in 2008. 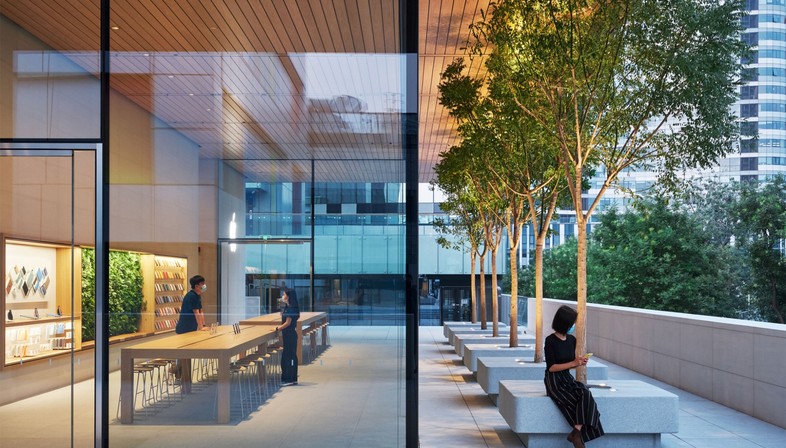 Foster + Partners studio, in collaboration with Apple’s technical team designed the new Apple Sanlitun store which the Cupertino company recently opened in Beijing. The store takes its name from the vibrant Sanlitun quarter in Beijing where it is located. The area chosen is once again in Taikoo square adjacent to the site of the previous showroom which was Apple’s first store in China, built in 2008.
The latest retail outlet occupies a much larger area than the previous one, almost twice the size, and creates a new dialog with the square and surrounding pedestrian streets. Presenting the new project, Stefan Behling, Head of Studio, Foster + Partners summarized the concept, saying: “Apple Sanlitun is all about being open and inviting - visually, physically and metaphorically. The store is a grand place that connects the inside and the outside.” 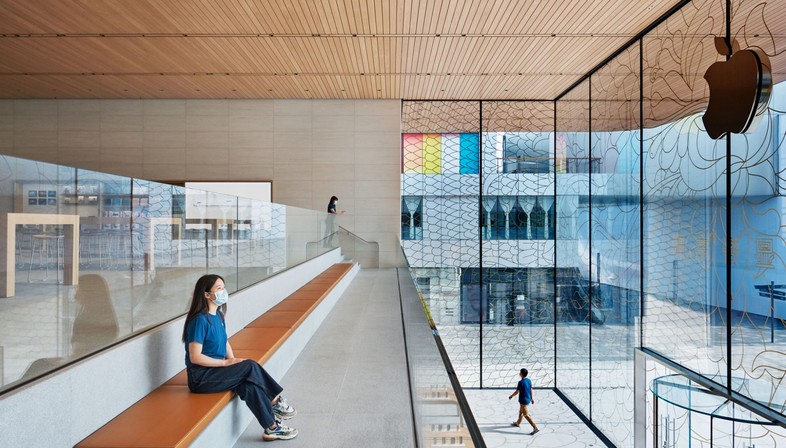 The new structure has a porous building envelope that, unusually, opens out on all four sides and, due to the full-height glazed facade, establishes a constant dialog with the outside, drawing on the vibrant energy of the area. The main facade glazed with 10 meter high glass panels blurs the boundary between inside and outside and floods the display areas with natural light. The fluidity and transparency of the structure are in sharp contrast with two stairways running parallel to the sides of the building, seemingly carved into the stone which clads the store. The new Apple Sanlitun store features all the new functions customary in Apple retail outlets which are a novelty for those in China. The system responds to the need to offer the public new activities which enrich the shopping experience. In fact, the aim is to offer customers attractive initiatives and new opportunities which allow them to overcome the immediacy and simplicity of online purchases. The new store offers a Forum, Viewing Gallery and dedicated Boardroom where local businesses and entrepreneurs can receive support. The Forum is the setting for “Today at Apple”, a program of events already in other stores such as in Piazza Liberty, Milan which opened in 2018. The program offers courses and initiatives that will take place in the store, with various personalities from the artistic, musical and creative scene in Beijing. Artists will be invited to the store to showcase and teach their creative process.
On the floor above, the panoramic Viewing Gallery offers a spectacular vantage point overlooking the outside square. The west terrace is enhanced with Sophora japonica trees which add greenery. This ornamental plant is very common in Beijing and considered the city’s official tree. Apple Sanlitun sets another first. It is, in fact, the first store in the country to feature an integrated photovoltaic system which will meet the energy needs of the store. Already introduced in all Apple buildings, the aim is to use energy from renewable sources only, according to information provided by the company. Apple is supporting the production of sufficient clean energy in China to power more than 450,000 homes. 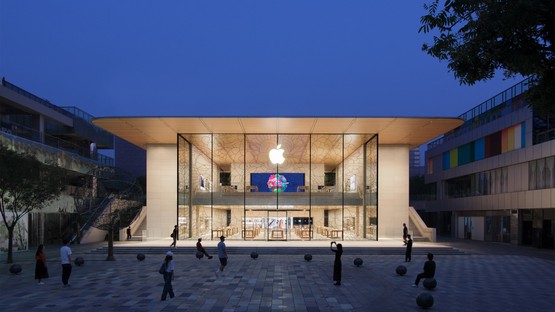 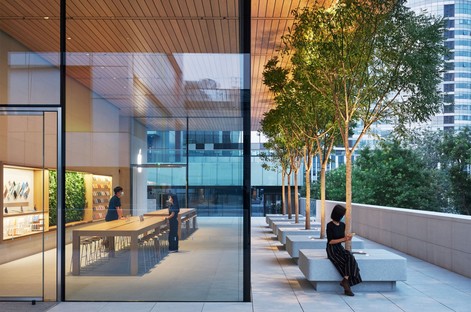 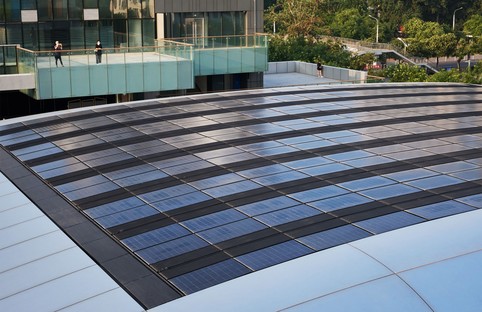 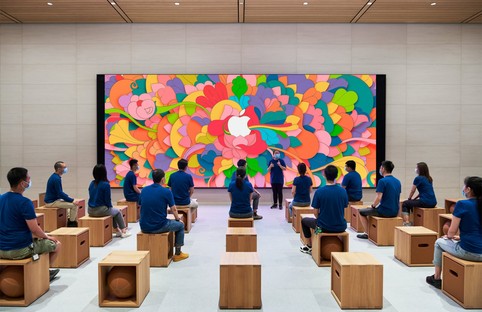 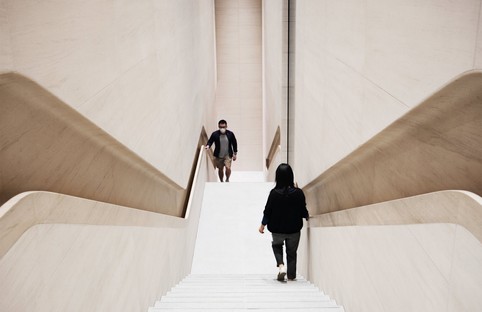 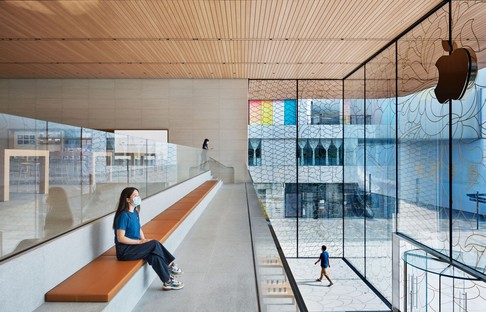 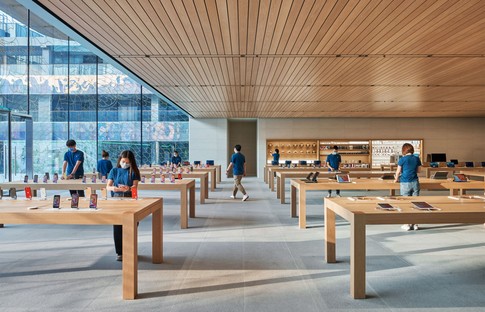