The new Shanghai Planetarium, designed by Ennead Architects and Thomas Wong, will represent a continuum between the past, with its long, rich history of Chinese astronomy, and the future, with the country as ambitious space programmes. Work is currently underway and completion is scheduled for 2020. 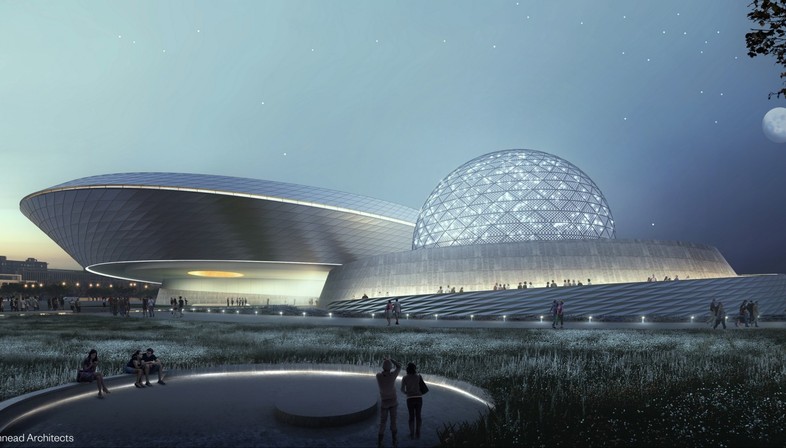 In a recent drone video, Ennead Architects documented the state of work at the new Shanghai Planetarium, under construction in Lingang New City in Pudong, approximately 30 km from Shanghai.
The structure is scheduled for completion in 2020, when the planetarium designed by Ennead Architects and Thomas Wong, winners of the 2015 international design competition, will become the worldâ's largest planetarium and will be ready to present its first exhibition to the public. Application of the panels covering the structure will soon begin and the interiors will follow. The planetarium is part of a large green area and will be a research centre, as well as including a digital cinema and an Imax theatre, an optical planetarium, a 78 m-tall solar telescope, an education centre for children and a research centre to observe the movements of the heavens, the solar system and space missions, as well as containing galleries for permanent and temporary exhibitions. 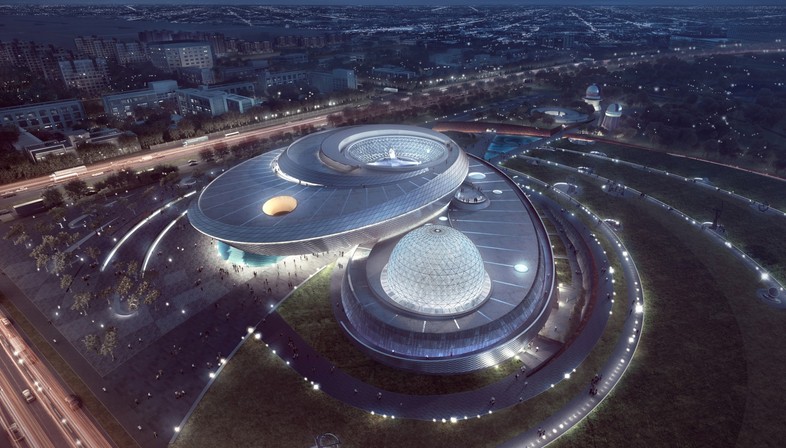 The project by Ennead Architects takes its inspiration directly from astronomical principles and evokes orbital motion in which there are three main volumes: the Oculus, the Inverted Dome and the Sphere.
The elliptical curves designed by the building and the pathways of the green area recall the orbits of the planets and from these the three separate "celestial bodies" emerge. Architecture and astronomy are linked not only to give shape to the structure, but the three main architectural volumes are also astronomical instruments that involve visitors in experiences of discovery linked to time, recalling that the concept of time is derived from the observation of the sky and celestial bodies. 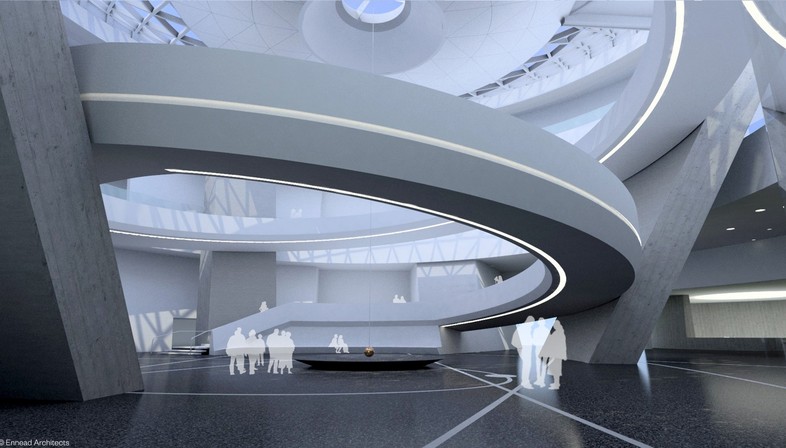 The Oculus is suspended above the main entrance to the Museum. Sunlight crosses through it and draws a circle on the square and swimming pool below. The light circle changes and alters its appearance and position during the day, becoming a real visual representation of the passage of time for visitors.
From the central atrium, the public can access the exhibition galleries and in the upper part is the Inverted Dome, the main point of the observatory. The Inverted Dome is the large glass covering of the central atrium, from which you can observe the sky by day and by night. A spiral walkway runs through the atrium to allow visitors to access the panoramic terrace above. Finally, the third element, the Sphere, is a geodesic dome that contains the 18 m planetary screen. The sphere is the inverse of the dome, its circular surface is interrupted by a continuous skylight. The sunâ's rays draw light ellipses through the skylight and on the day of the Summer solstice at exactly midday they form a perfect circle. 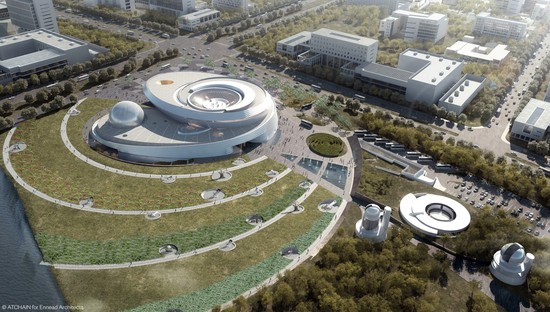 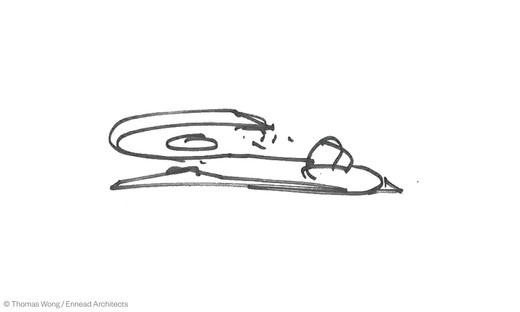 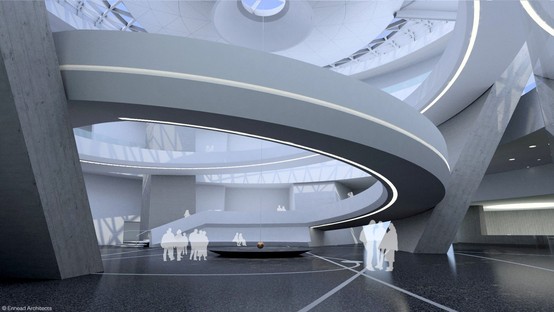 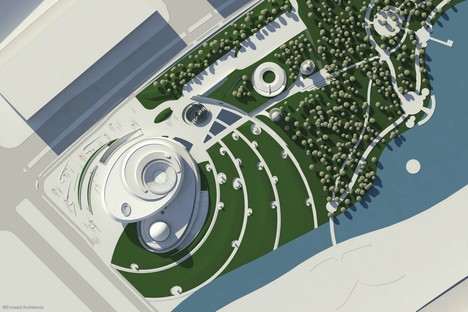 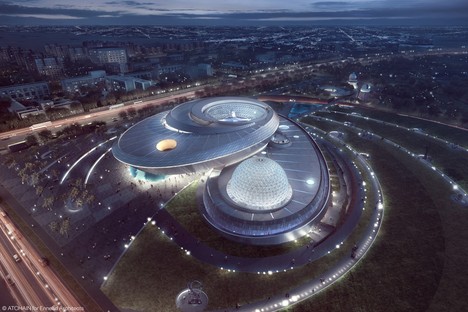 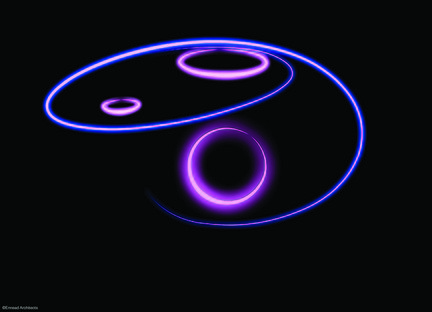 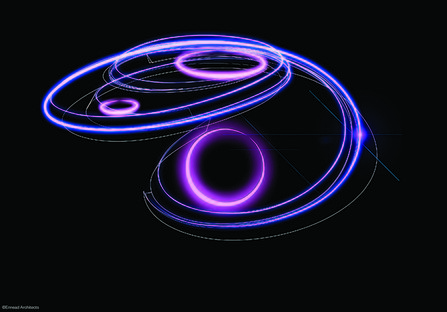 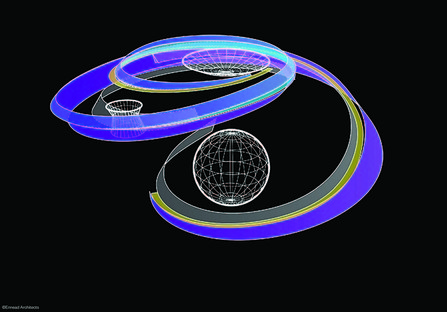 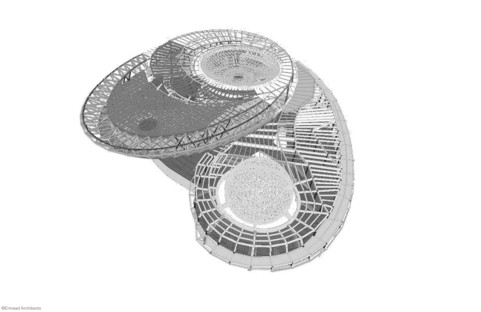 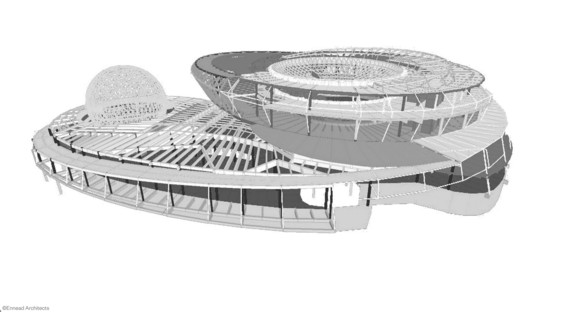 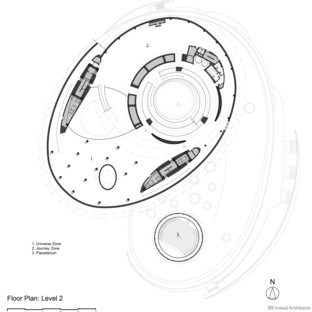 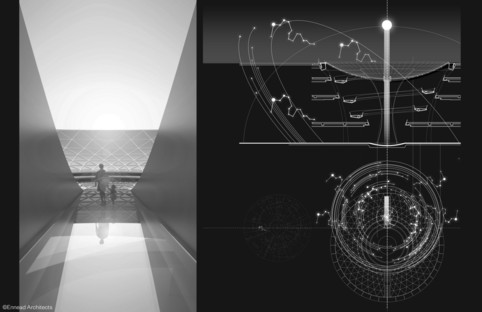 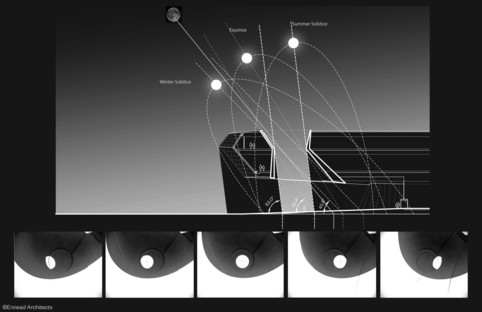 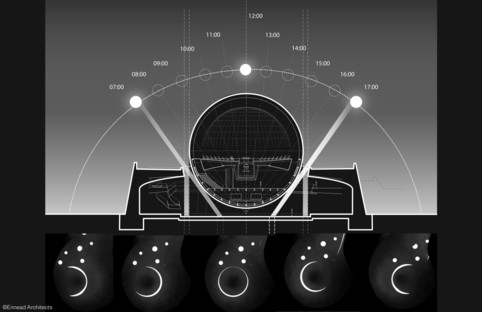 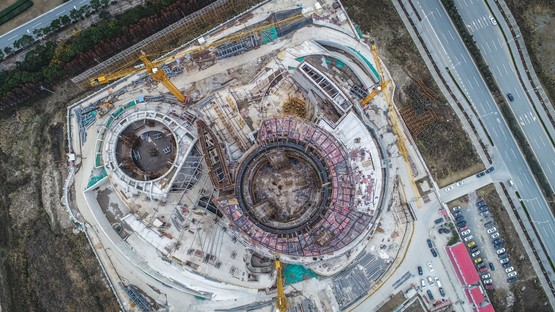 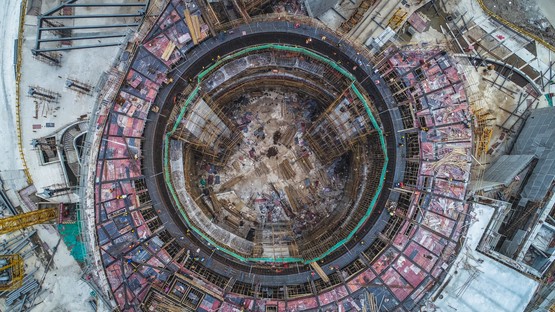 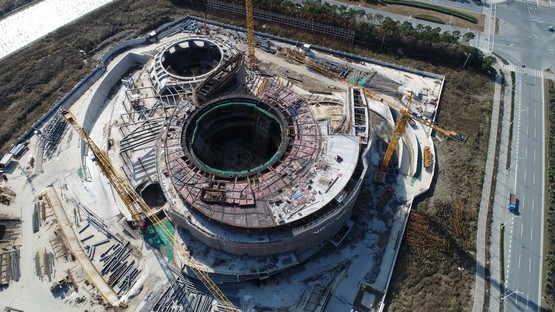 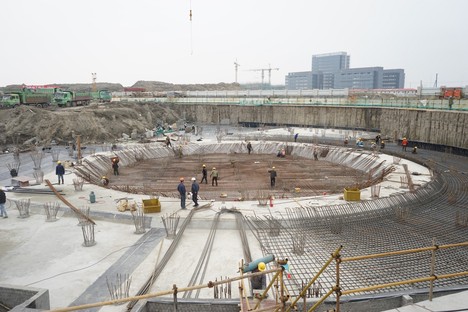 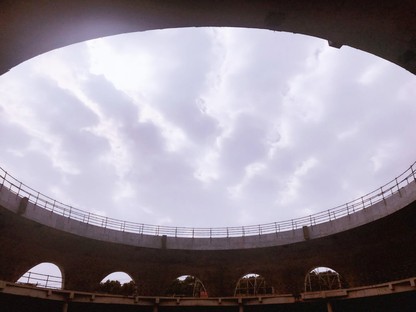 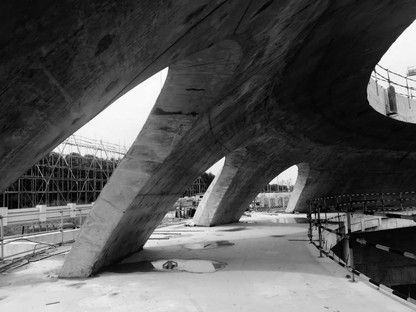 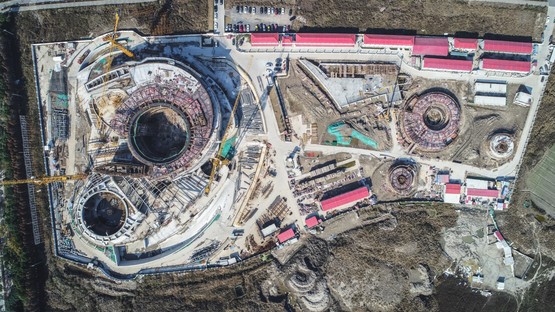 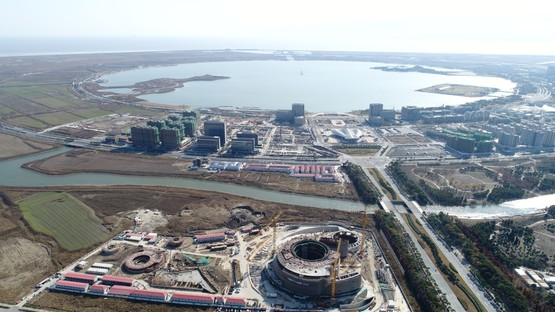