The architectural firm Elasticospa, headed by architect Stefano Pujatti, has designed a residential building in Cirié, in the province of Turin. The building consists of five apartments and uses the characteristics of the place to create unique effects through the façades, which help break down the volume of the building. 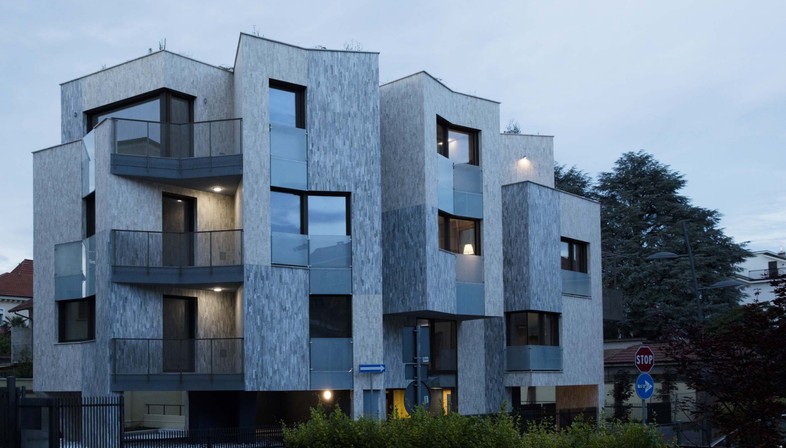 In Cirié, a municipality in Piedmont about 20 km from Turin, in a residential area not far from the railway station and precisely in Via Piave, the architectural firm Elasticospa headed by architect Stefano Pujatti has designed a building with five apartments with a contemporary approach to residential housing. 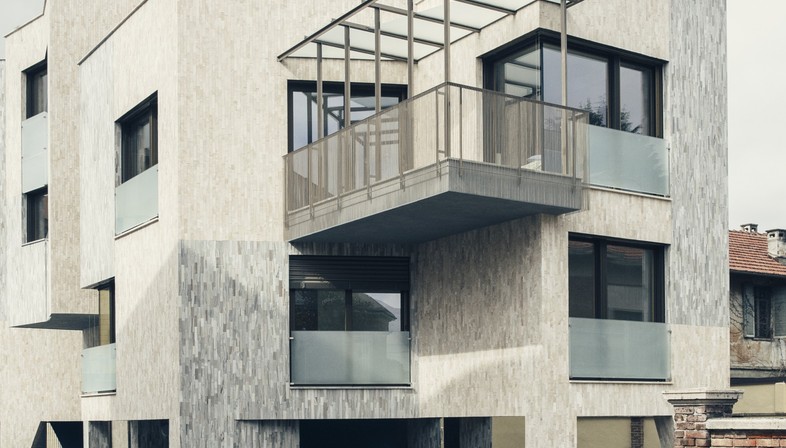 The area of Cirié has an ancient history and has been inhabited since ancient times by people of Celtic origin. Since the late 19th century, the municipality has focused on industrial development. The development of the Turin-Ceres railway has played a significant role in the industrialisation of this area: in fact, in 1869, a railway station was officially opened in the municipality of Cirié. A residential area was built right next to this crucial part of the infrastructure network, characterised by small housing projects: town houses or apartment blocks. Recently built conventional buildings, as well as others with “Art Nouveau” influences, can be found in this area. On the whole, this part of the municipality appears to be an area without emergencies or representative buildings, but with a distinct residential character.
The project by the firm Elasticospa, headed by architect Stefano Pujatti, in cooperation with Corrado Curti, explores the features of the area and its main elements, offering an unstructured, textured building.
The approach of the architectural firm, previously explored in other contexts and projects, is based on the idea that “composing and recomposing is the process by which new things are produced”. The architects approach projects without prejudice: the firm’s modus operandi is to consider each project as the result of a new experiment and of an analysis of the relation between shape and function. In this specific case, for the project of the residential building in Cirié, the architects adopted an approach they define as “metropolitan”. The term is used to indicate a formal process that meets the client’s requirements and, at the same time, is the answer to a design study on the meaning of the building and of its elements.
The building covers an area of 540 square metres with an unstructured volume. Instead of seeking historical references in the context, the architects designed a contemporary building that blends into the area without conforming. 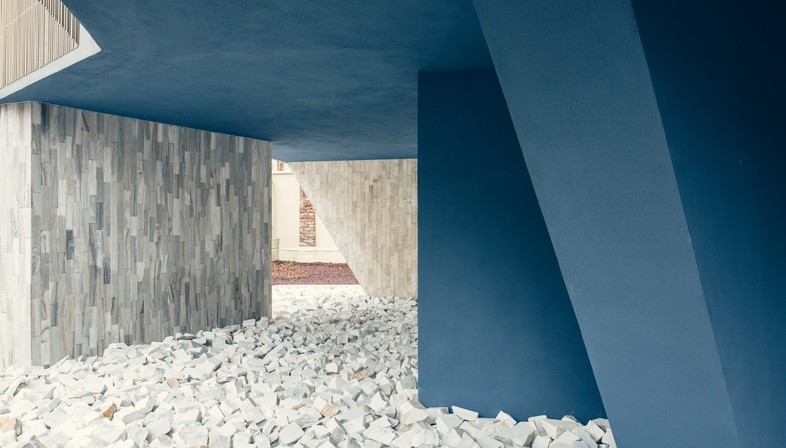 Façades play a key role in this project. With protrusions and recesses, balconies and terraces, the façades contribute to enhance the interplay of shadows and thus the volume breakdown effect of the building. At the same time, by offering the inhabitants domestic outdoor spaces, these elements of the façade soften the dramatic effect of the structure.
The building is raised from the ground: in this way, the architects were able to create a large communal area on the ground floor and to solve a major design issue, i.e. “ground connection”, with a solution that enhances the sculptural structure above.
Inside the building, the architects used a variety of materials, broken
geometrical patterns and colour contrasts, which resulted in a different interior layout, differing viewpoints and views of the surroundings and solar orientation of the apartments. The five housing units in the building are all different and are designed to create specific conditions in relation to the surroundings through preferential points of view, accurately chosen by the architects. 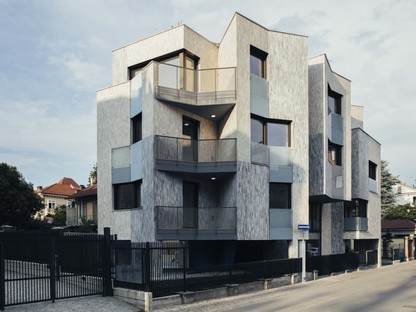 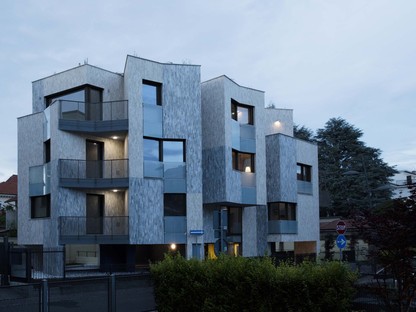 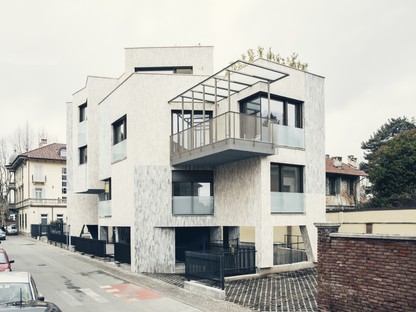 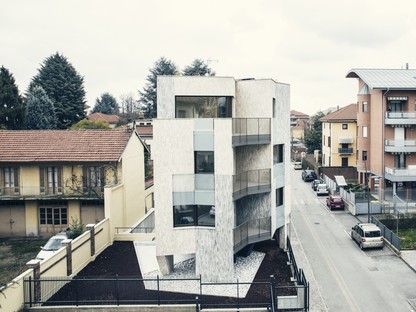 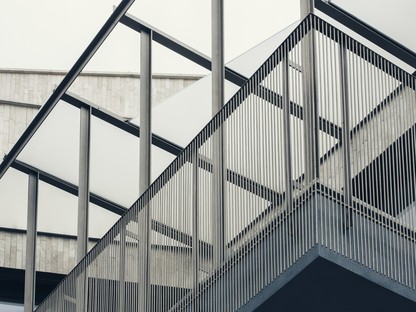 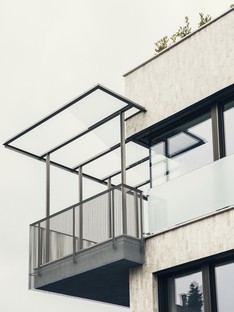 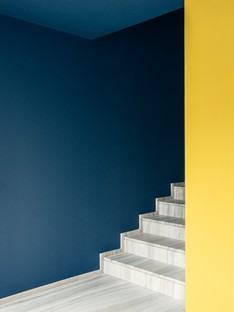 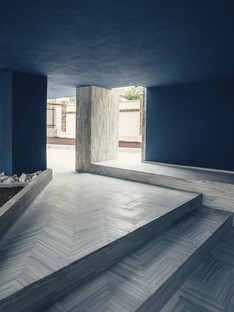 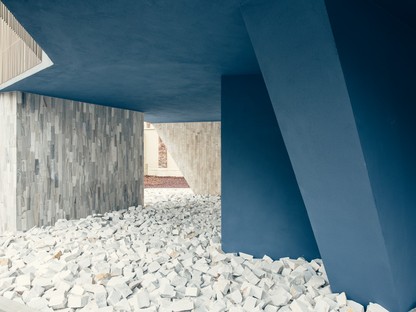 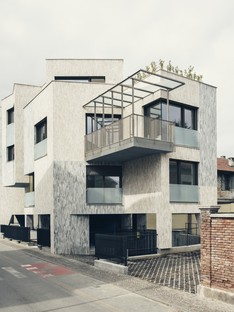 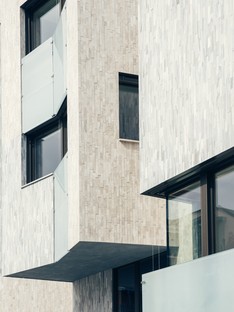 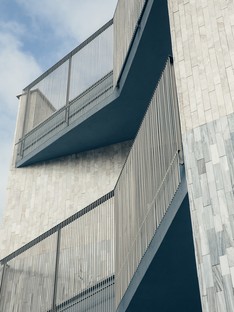 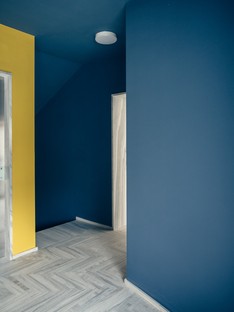 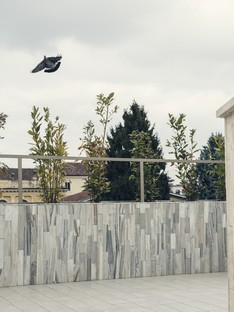